Most everyone my age, at least those living in Europe, remembers where they were. I was sitting at home on the rue Tournefort, two children upstairs asleep, husband away, watching the eight o'clock news. Like many others, I remained glued to the television late into the night, gobsmacked, as cameras showed hordes of east Berliners moving like the slow, inexorable flow of a flooded river through the checkpoints.

It's important to remember that, despite ructions over the previous months, almost no one had predicted this. Certainly the television journalists were left sputtering, just as fumbling with their words as the rest of us.

So yesterday really was a meaningful anniversary. Of course the fall of the Wall also destabilised the existing world order and led to some of today's tremors and convulsions. But how can one not rejoice at innocent people being freed from prison? Especially today, when almost all the other news is terrifying and deeply disturbing, it also reminds us of our better selves.

We headed first to Prinzlauerberg, the area I walked around during my one trip to East Berlin in 1987. Today it's buffed up and largely inhabited by west Germans, derisively dubbed Swabenland, but in those days, it looked as if World War II had ended yesterday. All the buildings looked like this, minus the (verboten) graffiti. 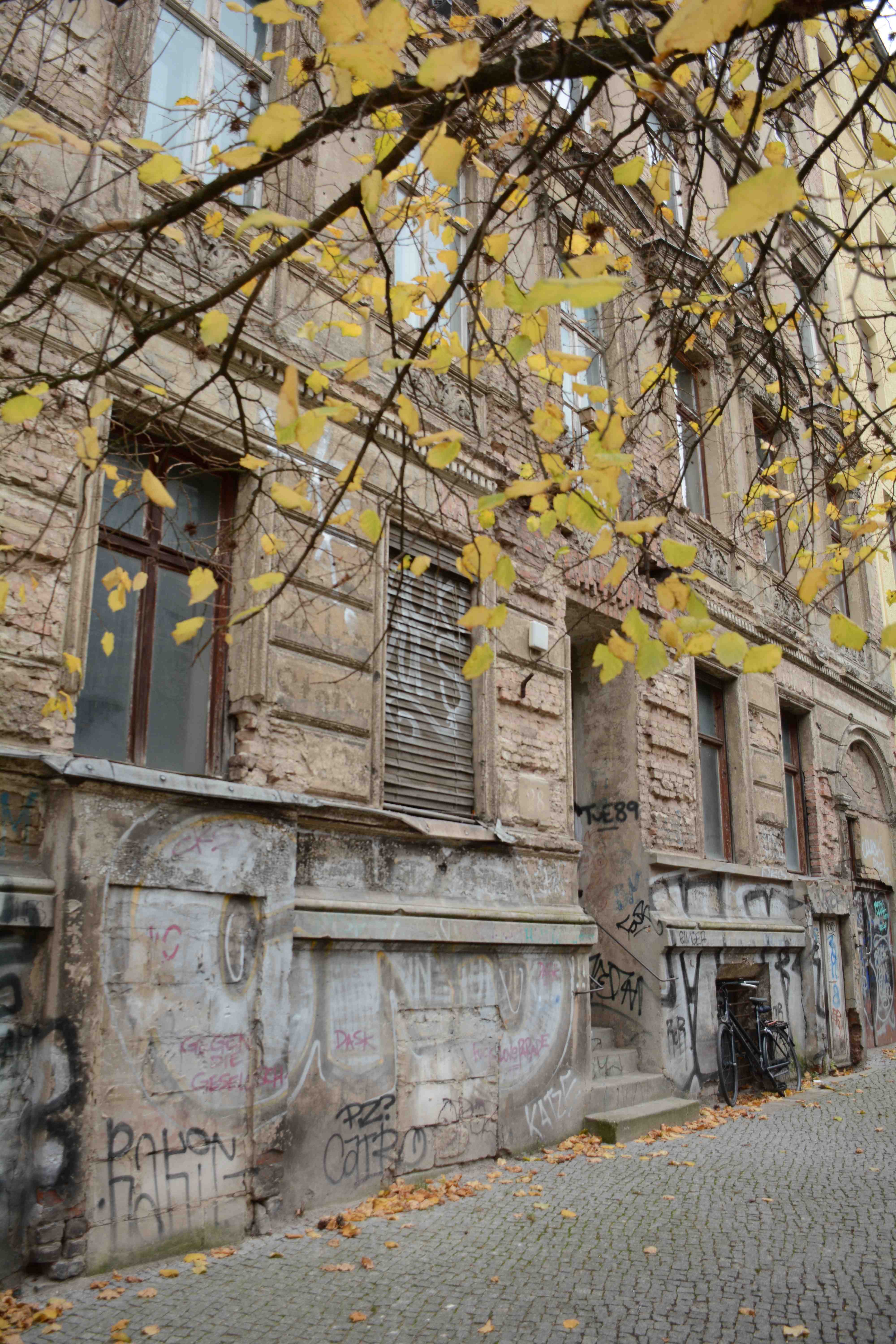 Pasternak, a Russian restaurant redolent of Berlin, circa 1900, before two world wars and a wall, seemed the right choice for lunch. Please try it if you're in Berlin: http://restaurant-pasternak.de/en/

Then we headed to Bernauer Strasse, where there's a long stretch of wall memorial, including a preserved watch tower. Scarier when there aren't thousands of people smiling for photos in front of it but still. 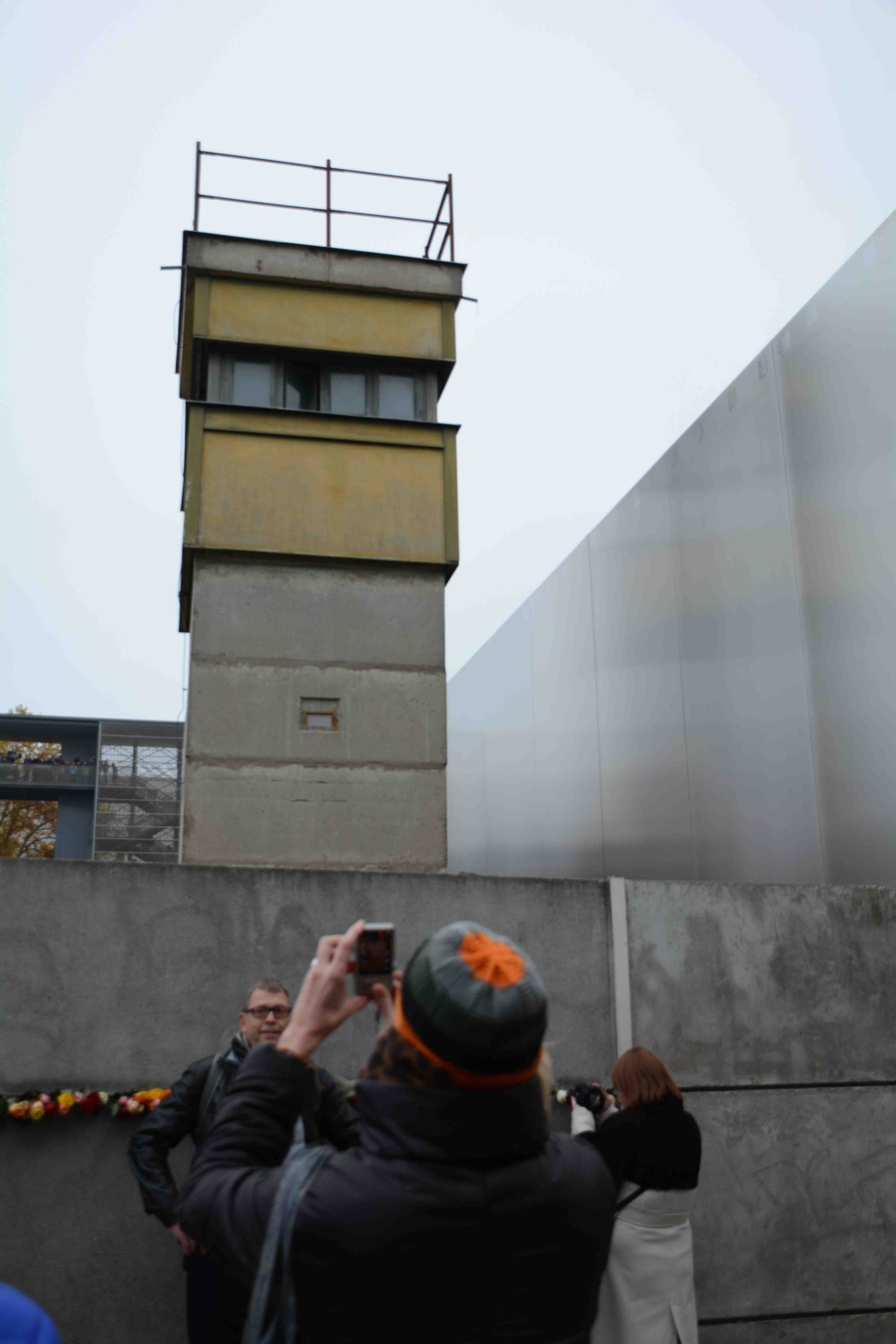 Then off to Bornheimer Strasse, where the first border guard Harald Jäger opened the tap. 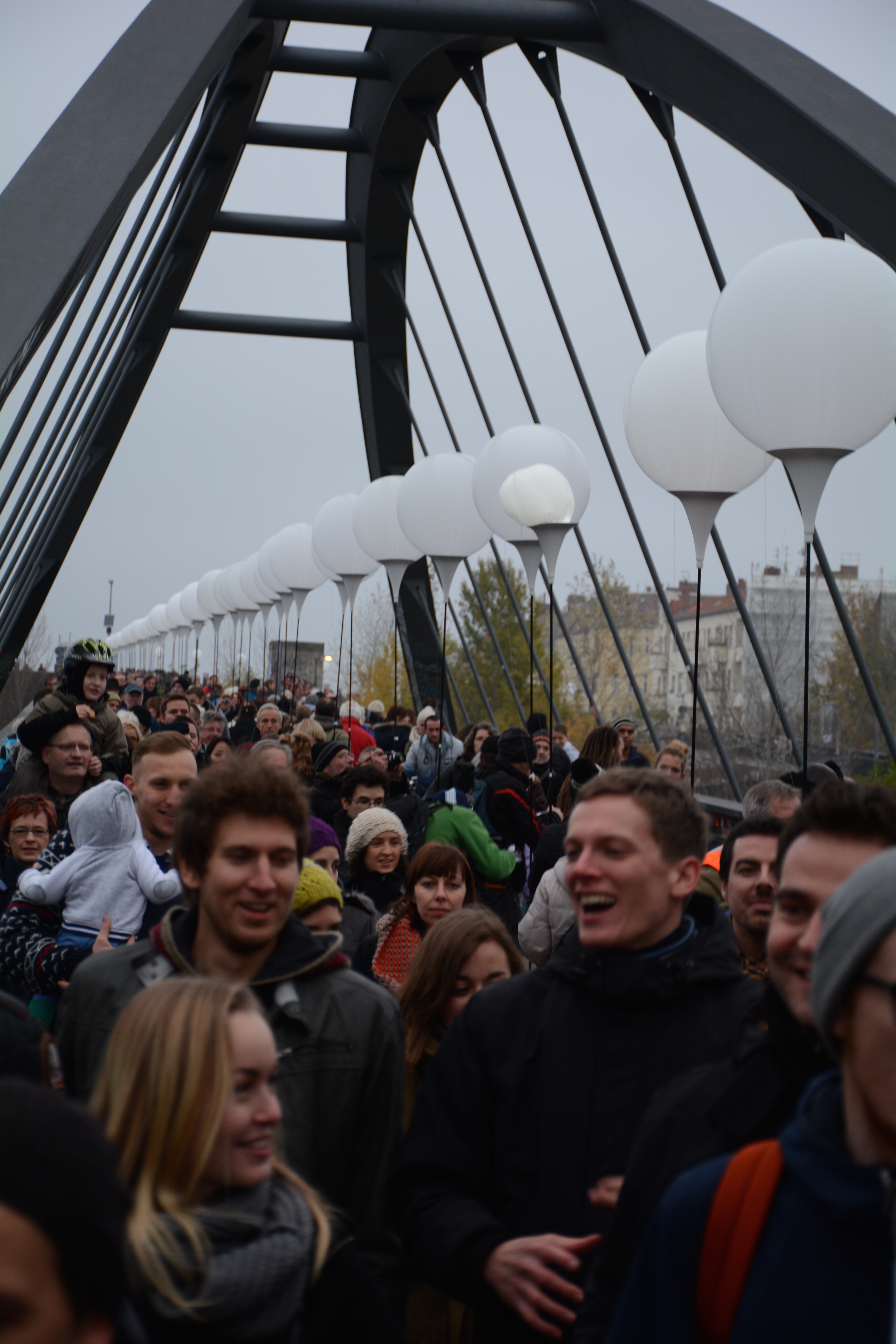 Finally, back to Kreuzberg via Alex, aptly lost in the fog yesterday. 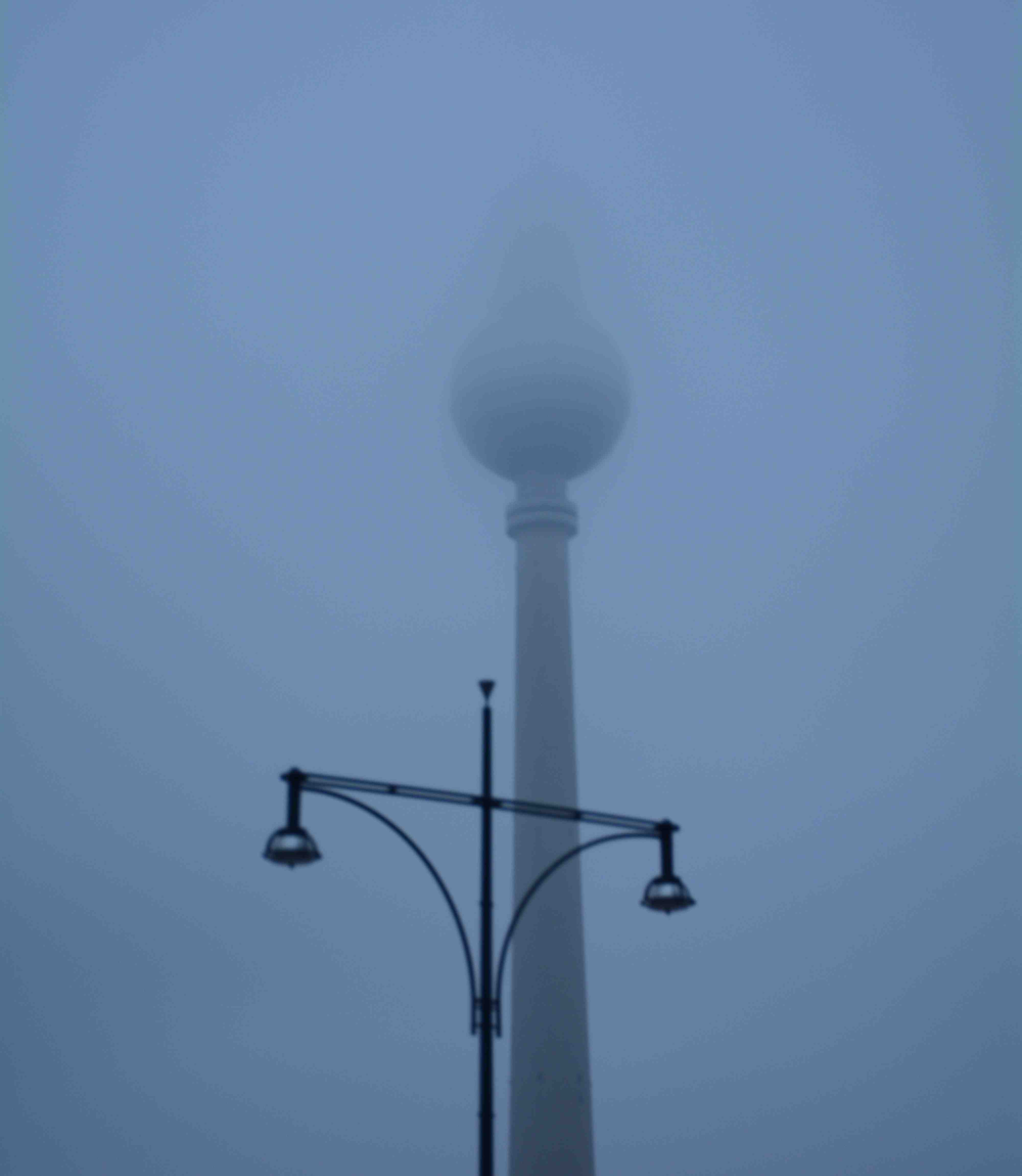 All those wonderfully buoyant balloons were supposed to be released into the skies at 7. To avoid the worst crowds, we found a spot near the Oberbaum bridge, connecting Kreuzberg to Friedrichshain, either side of the Spree. 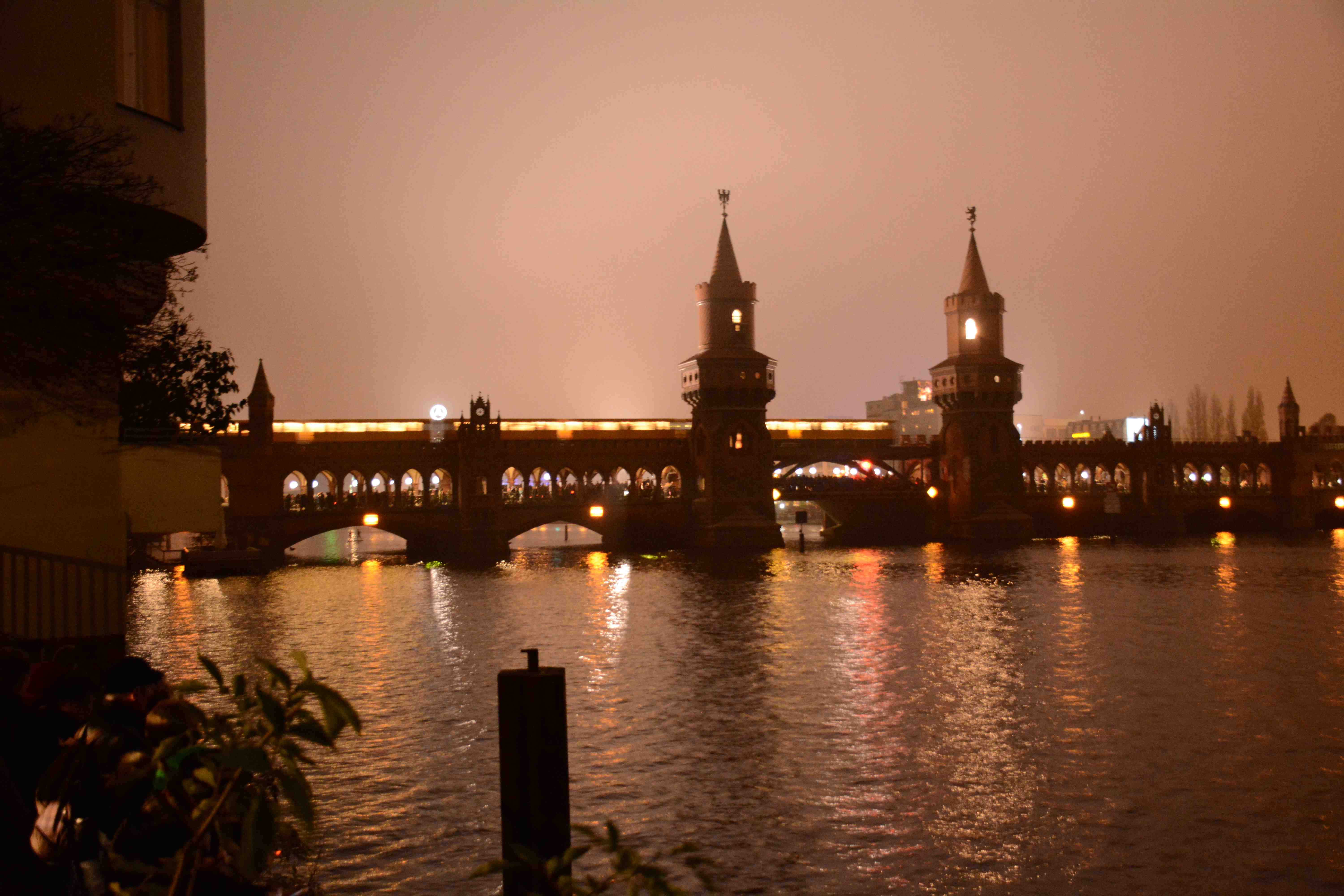 There we waited in the cold and dark, here in Germany, until 7.45. Even the French wouldn't have kept us waiting that long! When we did finally see some action in the sky, the balloons were small, scattered (no point in trying to photograph) and luminous for about three seconds. It was like watching a dripping tap.

A damp squib to end a day of hope.