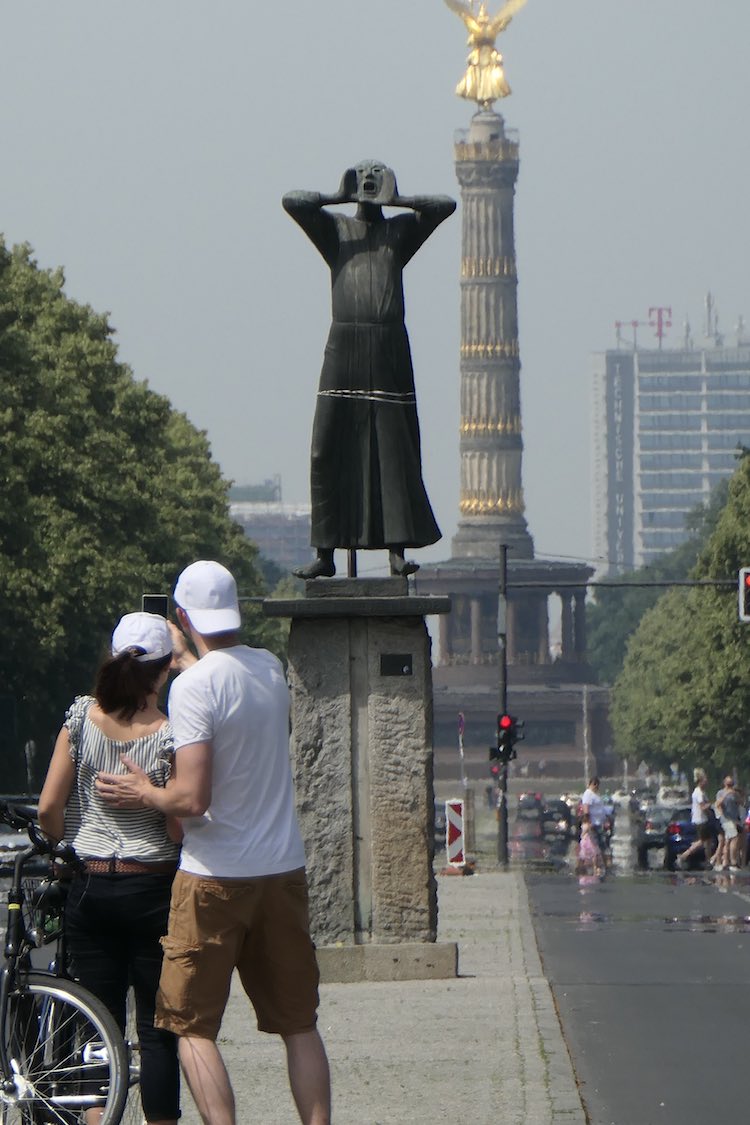 Our move from Berlin back to France last week was so aptly timed, so ripe with symbolism, you'd be forgiven for suspecting the dates were chosen just so I could write this blog, the final entry of A Paris-Berlin Diary.

It began on the 17 June, a date every Berliner knows because of the Straße des 17.Juni, a thoroughfare at the heart of the city's east-west axis. A continuation of the Bismark Straße to the west, it runs through the Tiergarten and past the Victory Column to the Brandenburg Gates before becoming the Unten den Linden to the east. Straight and wide enough to have been used as a landing strip when the airports had been destroyed at the end of World War II, it was given its current name after a 1953 uprising against communist rule was brutally quelled by the East German police and the Soviet army. Every West German of a certain age also knows this date because until reunification it was a national holiday, even if many thought it had something to do with the death of Jesus Christ, rather than the fight for freedom.

Having lived most of our almost six and a half years in the former East where many of the effects of that rule are still visible, it was a fitting day to leave, another reminder of the city's wrenching 20th century history that, in part, attracted us to Berlin in the first place. 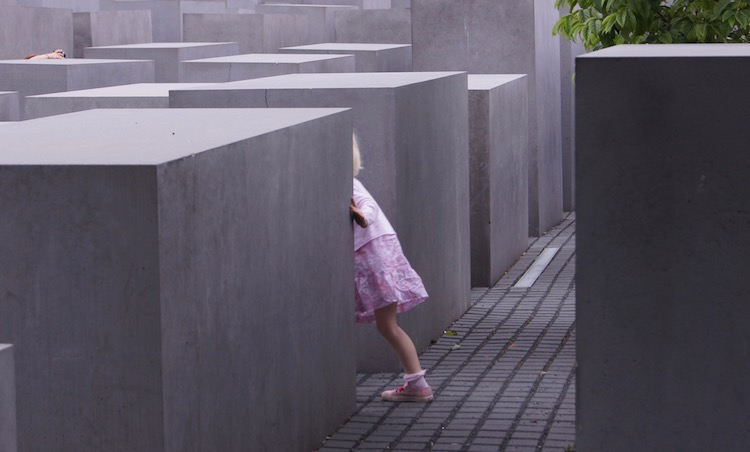 Two days prior, all the items on my prep list ticked, I rode my bike over there for one last look. The swarms of tourists on the east side of the Brandenburg Gate still surprise me. My mind's image remains stuck in the early 1990s when I first visited and there were more vendors of old Soviet army paraphernalia and putative bits of the Berlin Wall than potential buyers. This Saturday there were also protestors. 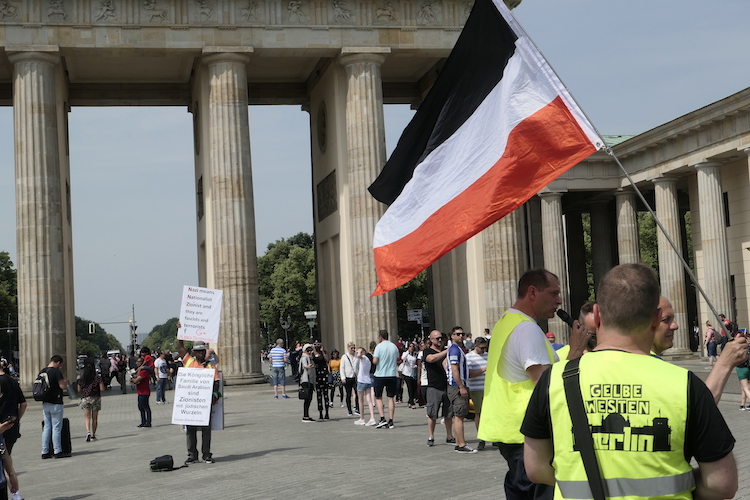 The man on the left with the placards accuses both Nazis and the Saudi royal family of being Zionist; the Gelbewesten, the German take on gilets jaunes, are members of the extreme right wing Reichsbürger movement who believe the Third Reich is still the legitimate government of Germany. One man resisted my photo taking until I told him I was from France, a country he may still consider under German occupation. Believe in progress at your peril; humanity does and doesn't move on. 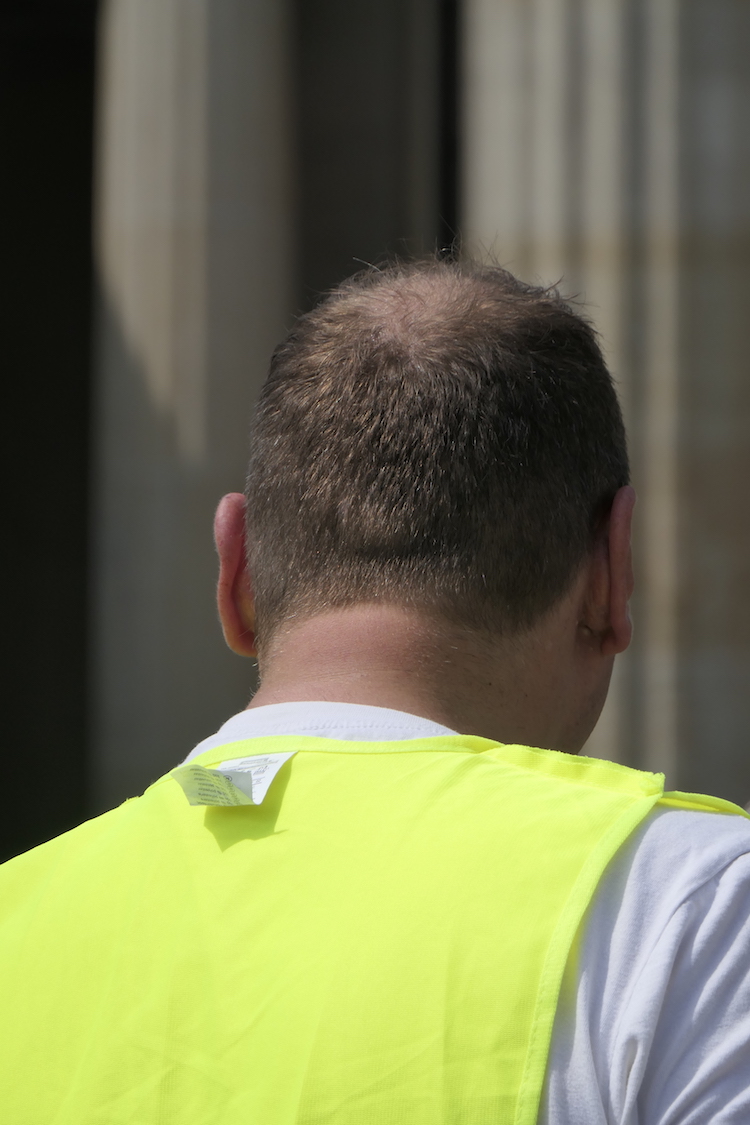 Montag, den 17.Juni the movers arrived and began uprooting our perfect apartment while we flapped around and endured the stress that domestic dismantling always incurs. Besides occasionally answering a question about how a box should be labelled or whether it was going to Paris or le Perche, we mostly just tried to stay out of their thankfully calm, steady, careful and efficient way. 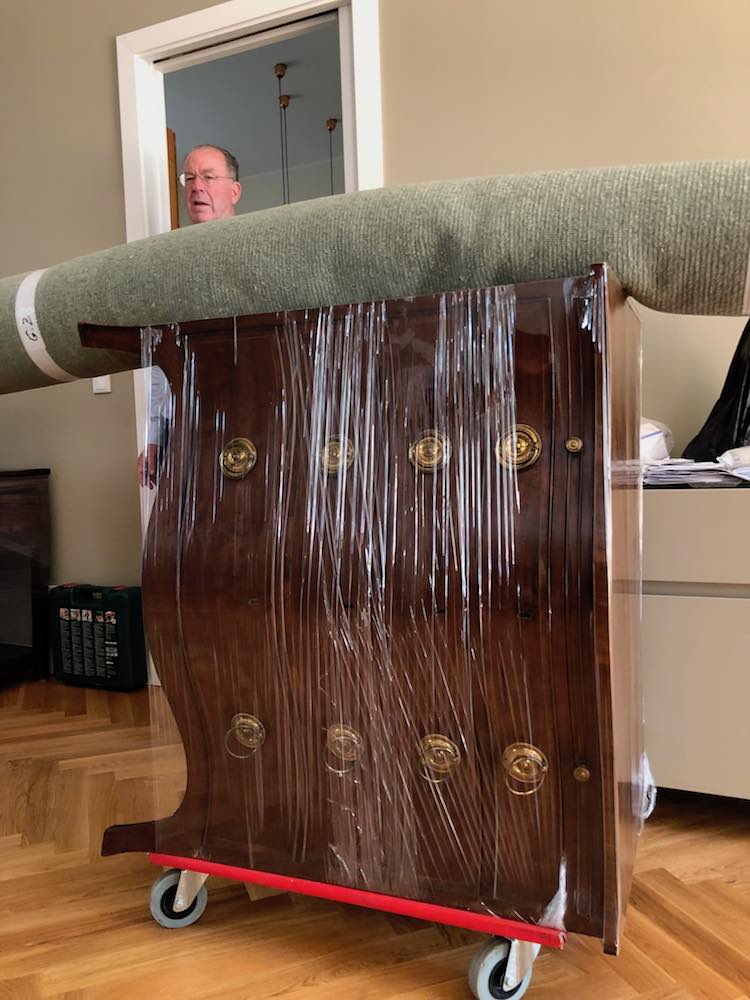 This meant spending much time in our perfect garden, where this year the rosebushes, trained up around the arced windows as they had been when the house was originally built in 1907, finally grew together. 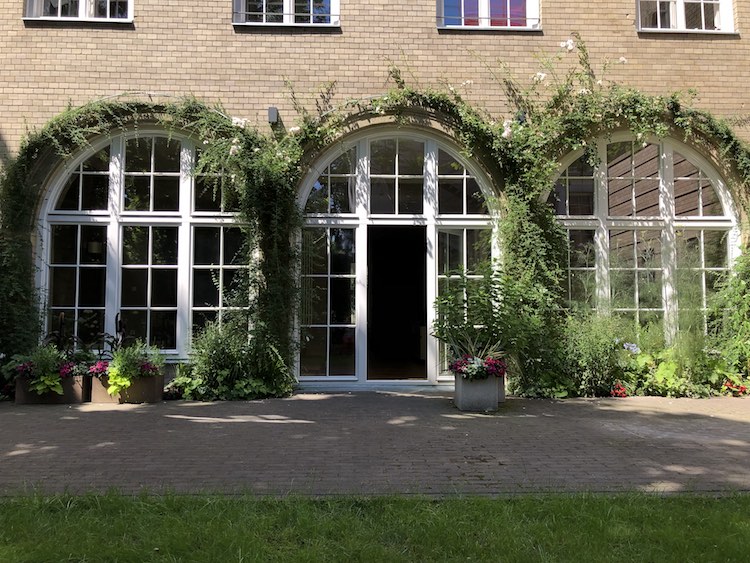 And in which, by another odd twist of fate, this bird was frantically making her nest. 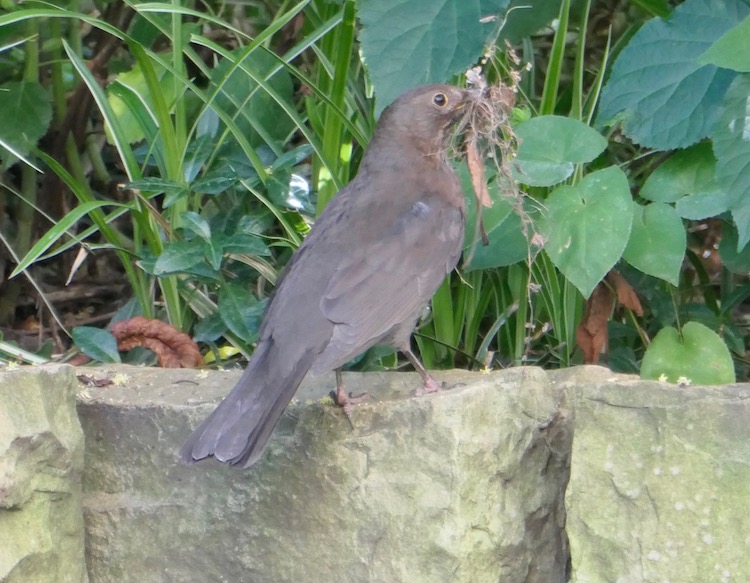 By mid-day Tuesday, we were floating around our empty flat like ghosts, waiting to hand over the keys to Tamaz and Hannah G and their little boy Nico. 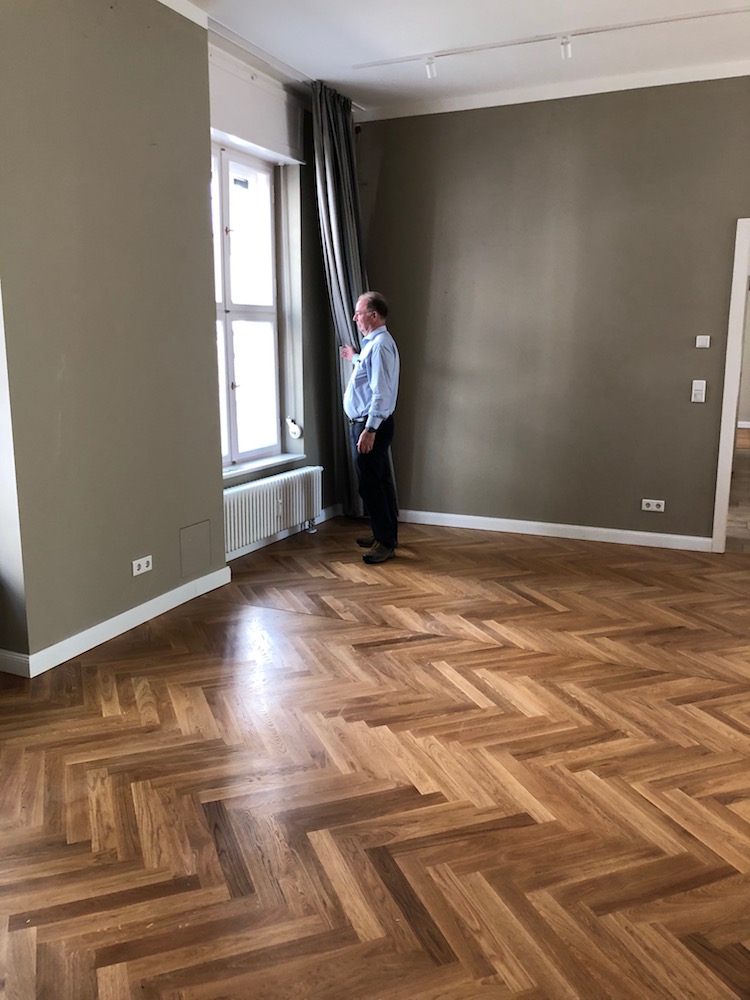 We flew back to Paris the evening of le 18 juin, a date that looms large on the French side of the Rhine.

The 17 June 1940 General Pétain gave a speech capitulating to the Third Reich. The next day Charles de Gaulle, who had just arrived in London, countered with his own oration over the BBC radio waves. In what came to be known as L'appel du 18 juin he called the French, out of "l'honneur, le bon sens et l'intérêt supérieur de la patrie", to arms against what he rightly predicted would be another world war. To this day the date is evoked every year by politicians, journalists and the general public as a grand and decisive moment in the history of France. 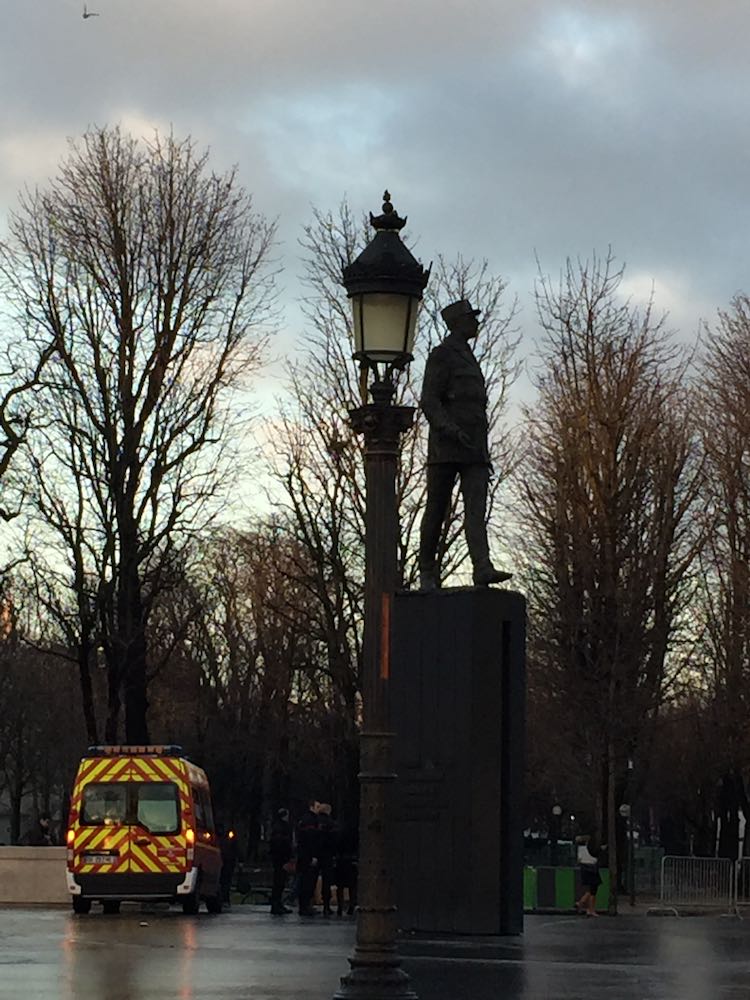 That our appel du 18 juin, also a Tuesday, came from Berlin rather than London is a sign of the relatively peaceful times in which I have been fortunate to live and a reminder that history is an unpredictable, protean animal. The two dates taken together echo how Germany and France have rubbed and bumped shoulders geographically and historically for centuries.

After a quick stop in Paris, the German movers drove the bulk of our Berlin belongings to the Perche. They camped in our garden Wednesday night and it seemed the perfect transitional act between chapters. 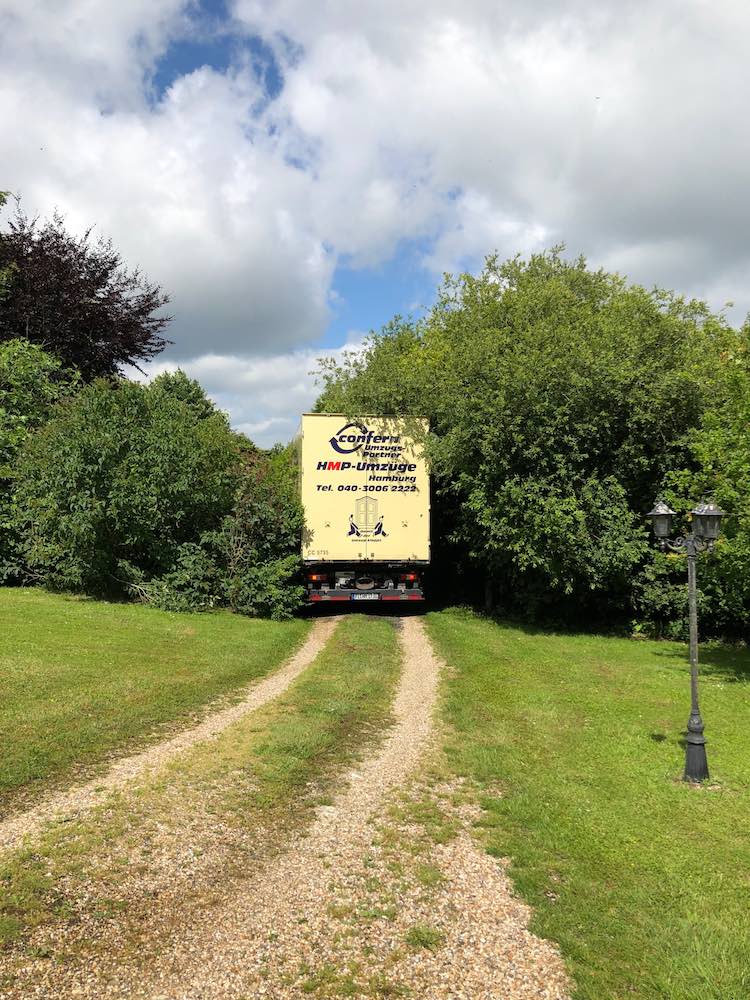 Not to be outdone by history, nature here in the Perche has marked our arrival and the next chapter with its own signs. Today is the first day of summer, a new season. And at 8.50 this morning, mid-writing of this blog, I felt a trembling all around me. A 5.1 earthquake, my first ever, just 150km (93 miles) from here. An hour later, taking a break and wondering how to end this passage between two lives, I looked out the window to this in our garden: 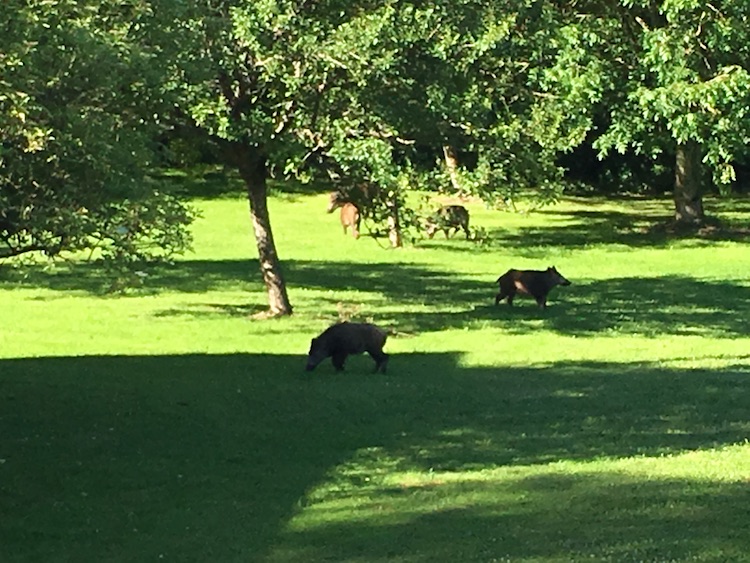 So stay tuned for new adventures in the renamed blog: A Paris-Perche Diary!