Yesterday we took the S-Bahn to Grünewald and were lucky to get the last table at Scheune, which means barn, a very German restaurant. The site gives a good idea. http://www.scheune-restaurant.de/

Shelter from the cold, a glass of Riesling, people bustling in and out. Obviously the Stammtisch (regular table) for many families at Sunday lunch. There’s something about these German places. The food is often too greasy, too creamy, too heavy—or all three—but the ambiance is gemütlich (how’s that for cross-cultural confusion). One feels happy to be there. At least until you stand up and attempt to move all that cream and starch and fat.

But we managed and walked with Elsa in the Grünewald forest, our goal being the Teufelsberg tower.

The history of Teufelsberg (Devil’s Mountain, due to the nearby Teufelssee Devil’s Lake) is stranger than strange, visually and historically. It was originally the site of Albert Speer’s never finished military technical college. After the War, when the Western Allies tried to blow it up, the place was too resistant and they opted for burying it under 26 million cubic metres of war rubble. Today stands at about 115m. First greenery was planted on it. In 1955, it was turned into a ski jump, but after the surveillance tower was built, there was no more jumping, as the lifts interfered with signals from East Germany.

And guess who built and occupied that surveillance tower? The NSA. Who knew that the NSA even existed back then. In those days, instead of listening to Angela Merkel’s phone calls, it was busy spying on East Germany from the weird tower that looks part mosque, part planetarium, part monument to a football. 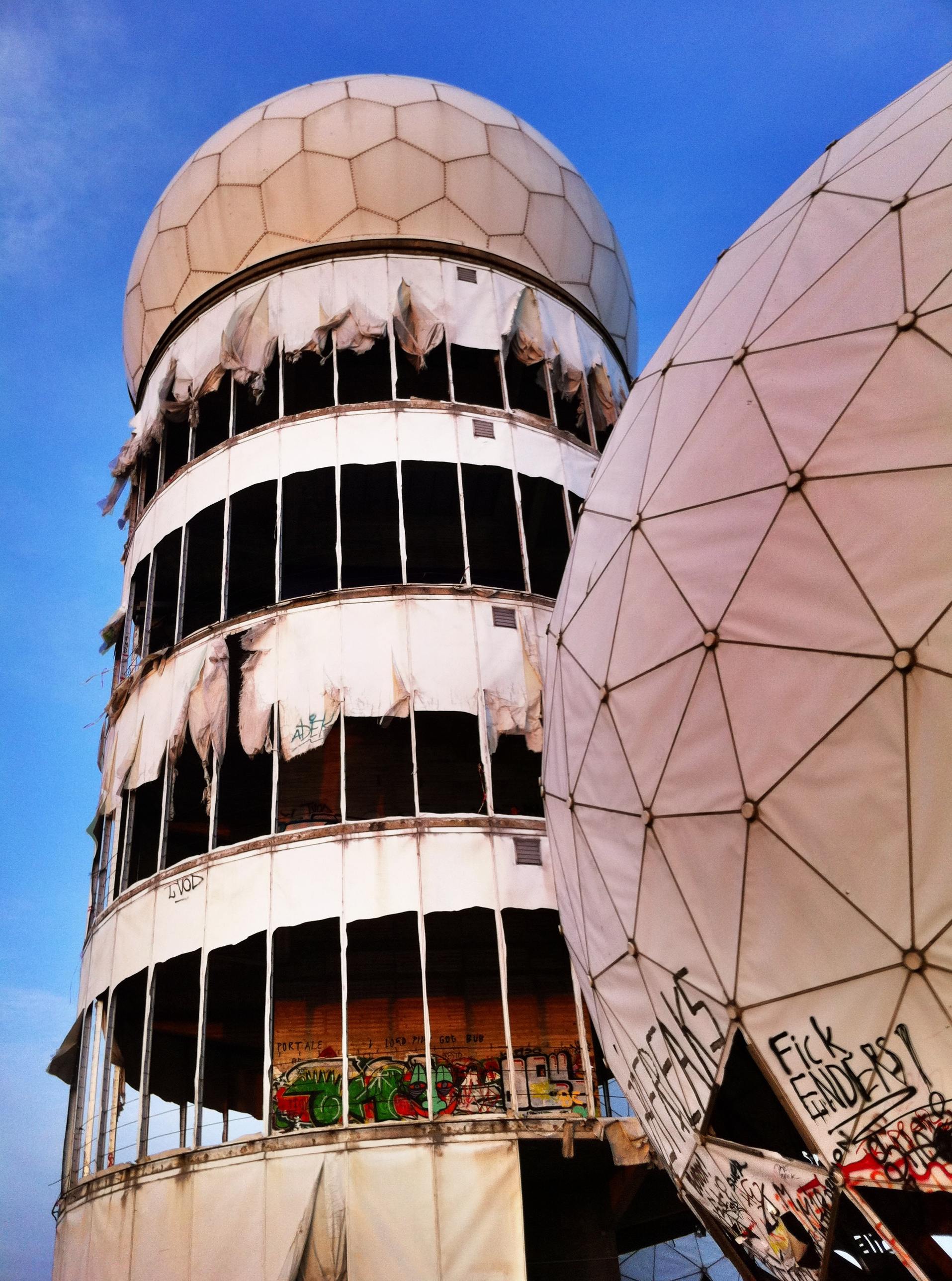 When the Wall came down, the site was bought by developers who never developed and the place was overrun by, who else in Berlin, but squatters. Now it’s surrounded by barbed wire. The tattered white cloth that I guess used to cover it now blows eerily in the wind. Graffiti, of course (again, Berlin), is everywhere. Spooked with spooks. The guards give tours.