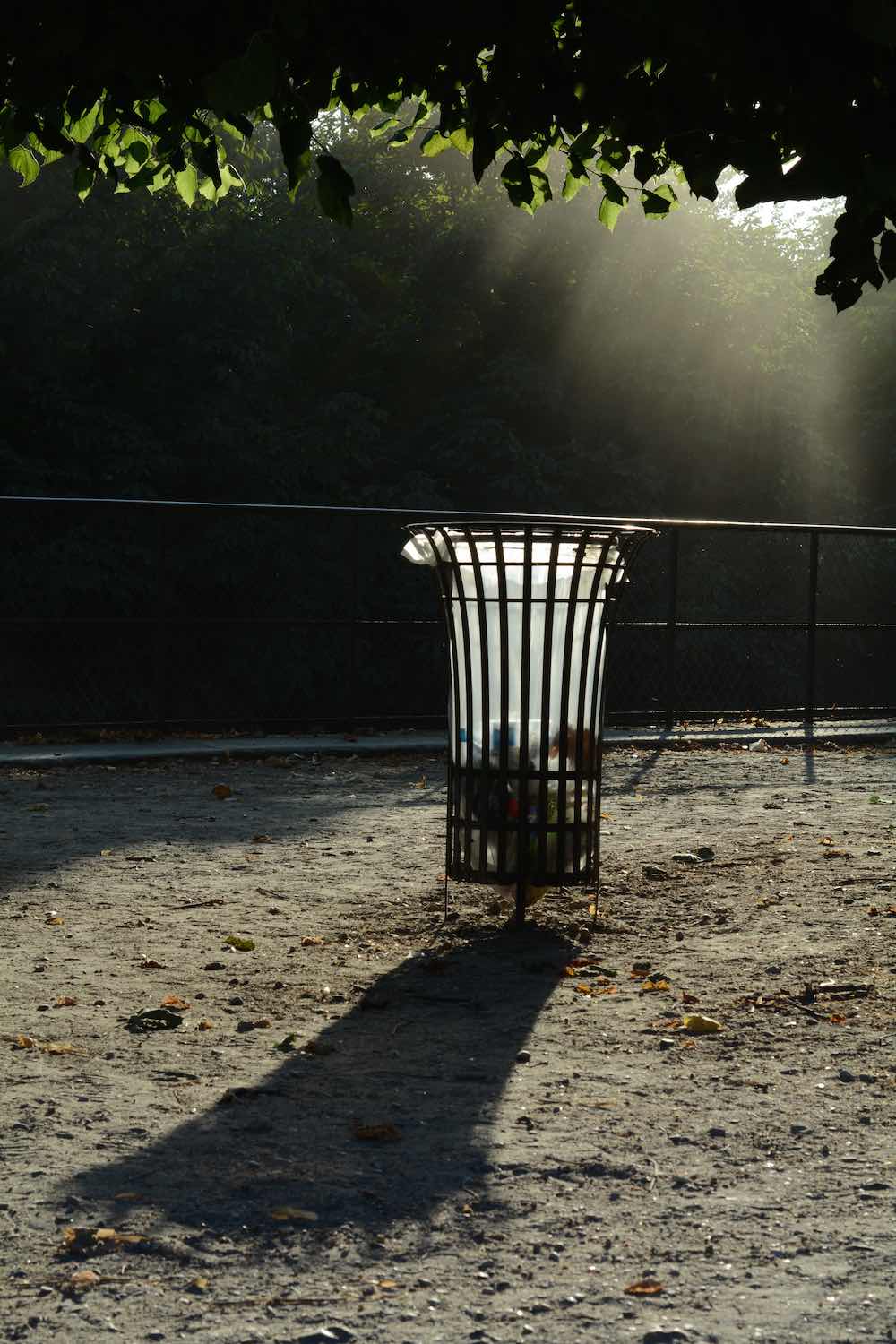 La canicule is as integral to the French summer as le 14 juillet and le Tour de France. It’s the time when temperatures rise and for several days hover between 30°C (86°F) and 35°C (95°F).

The term in English is dog days or, less poetically, a heat wave. It comes from the Latin Canicula or little dog and refers to a star otherwise known as Sirius, which in antiquity rose and set in synch with the sun between the 24 July and the 24 August, the hottest time of the year. It was also thought that during this period excessively panting dogs were more susceptible to la rage (rabies). 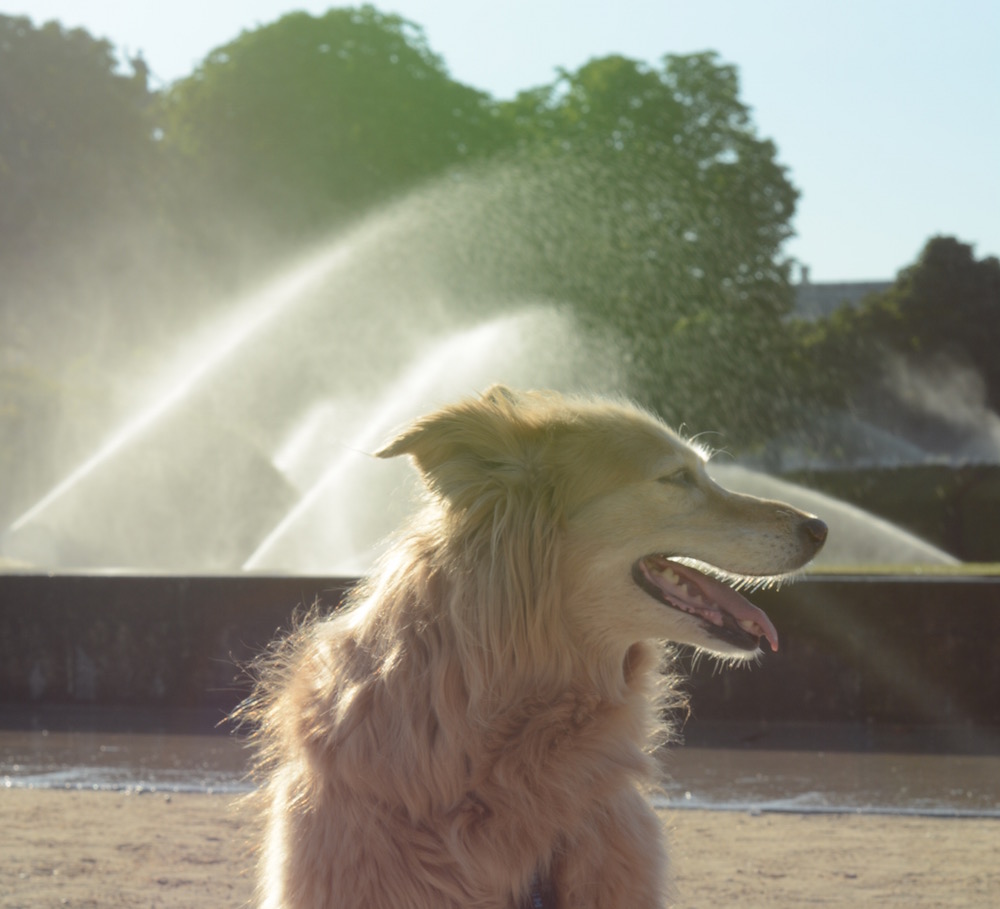 At the moment, one can think of little else. I consult Météo France or my iPhone constantly, hoping for a miraculous lowering of temperature, if not in the coming evening, at least some time in the week's forecast. Every morning, after trying to squeeze the last second of coolness from the outside air, I run around closing shutters and curtains, then move like a wraith through the penumbra. 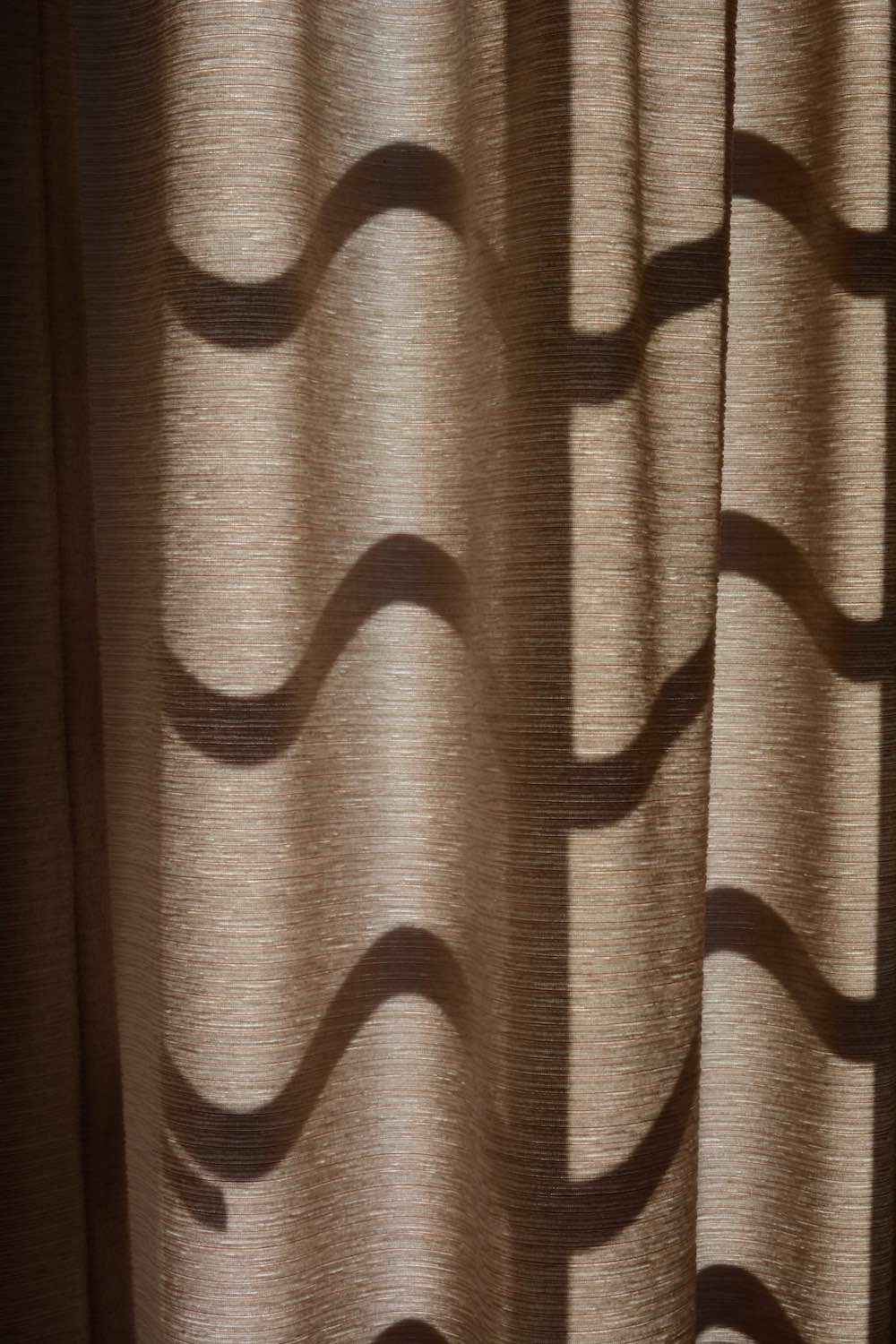 Days and nights are spent in front of a fan. Since traditionally these bouts of high temperatures last for a short time when much of the population is on holiday, air conditioning is rare, mostly limited to shops and offices and in any case on a very low setting. Which I don't complain about, since air conditioning makes cold air inside while spewing more hot air out.

If it’s miserable for humans, it’s worse for the poor panting dogs. Especially ours who, with her massive coat of fur, pants even in winter. And who at 13 1/2 is no puppy. This weather is particularly dangerous for the older population, both human and canine. 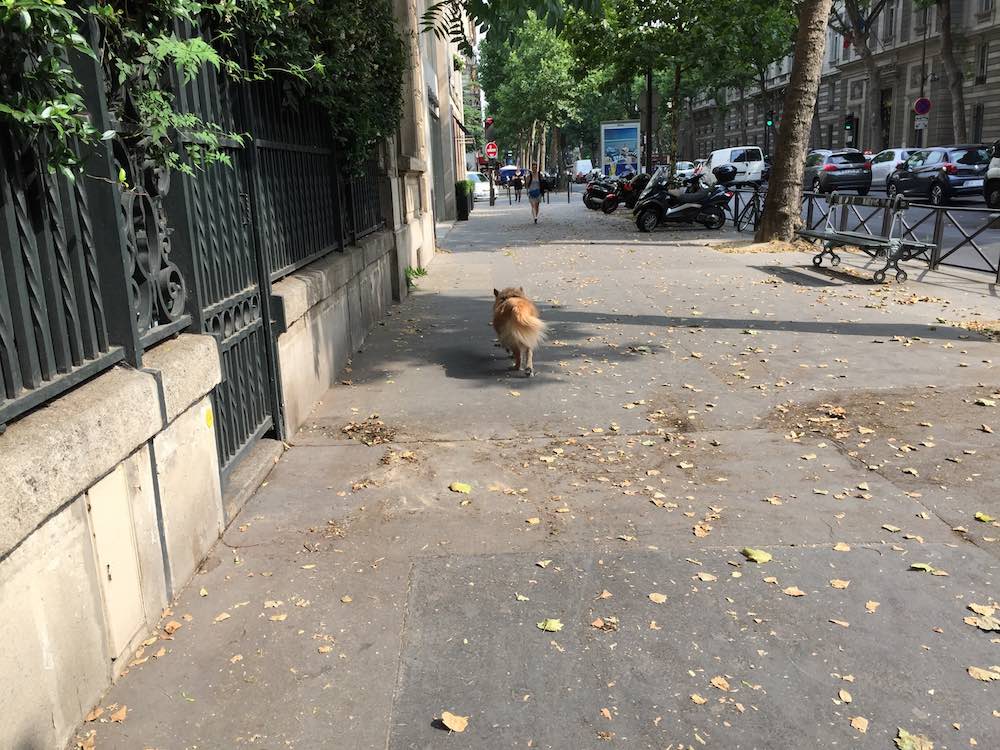 So Elsa’s walks on the filthy, smelly streets (it hasn’t rained in weeks either; thanks again, climate change) have been shortened. She has begrudgingly allowed her head and paws to be showered regularly, once even at 2 a.m., in an attempt to cool her down. 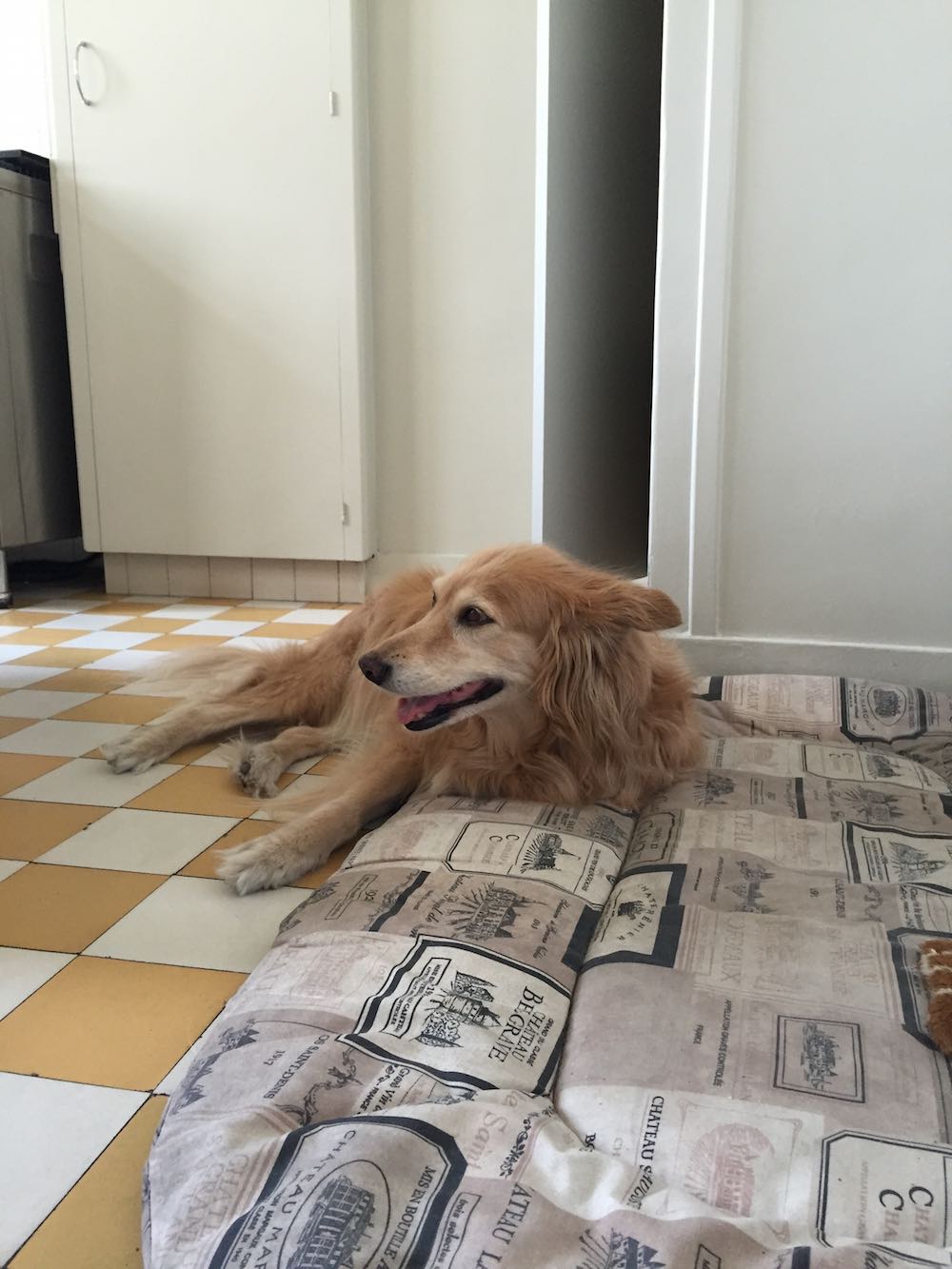 As I’ve already noted (GHOST_URL/one-lucky-dog/), Elsa is a lucky dog. This morning she was able to flee the baking heat of Paris and find a moment of relief. 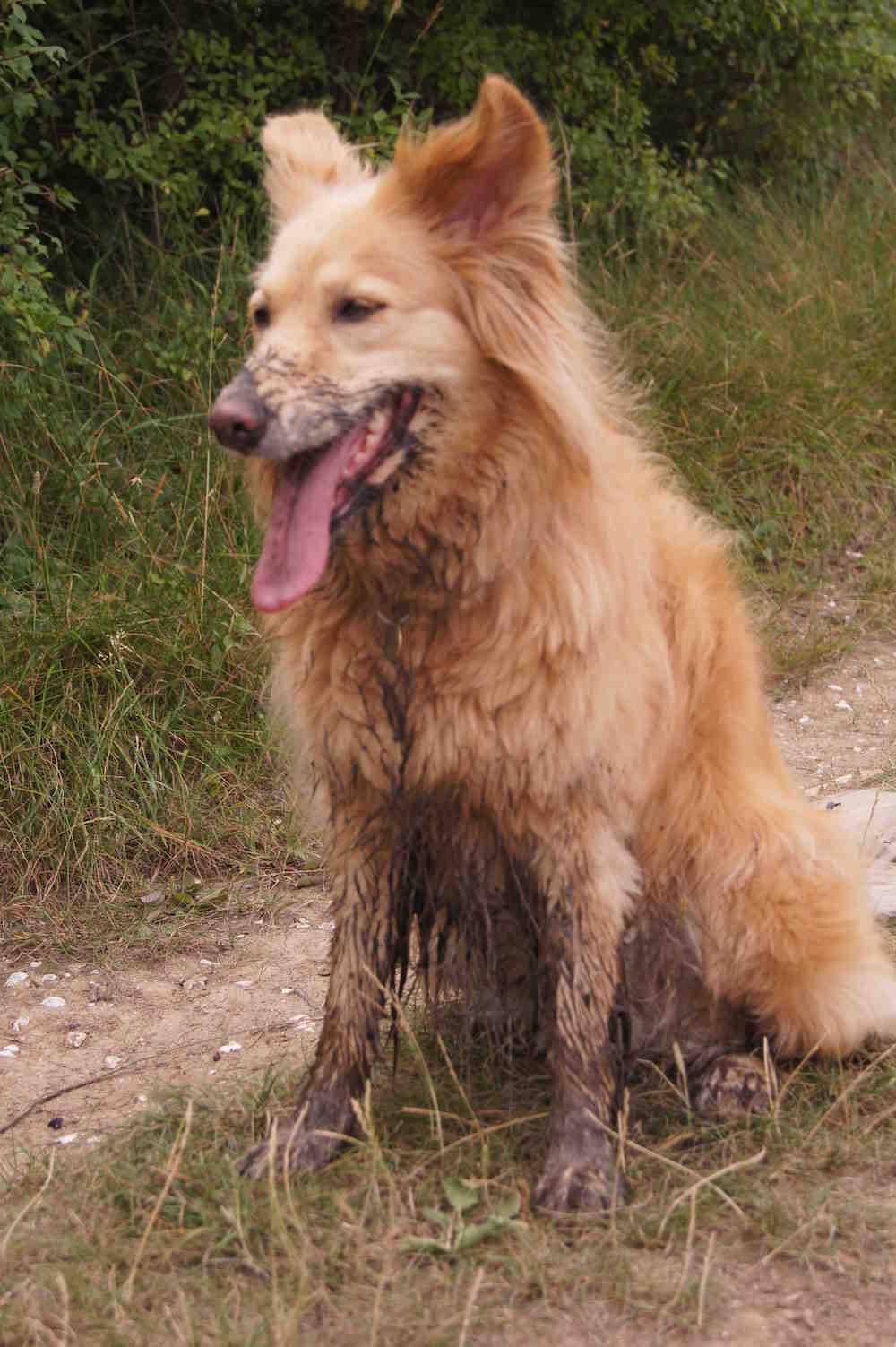 But not much, not for long. La canicule appears inescapable: tonight at 22h43, the temperature here on the banks of the Eure is still 30° (86°).