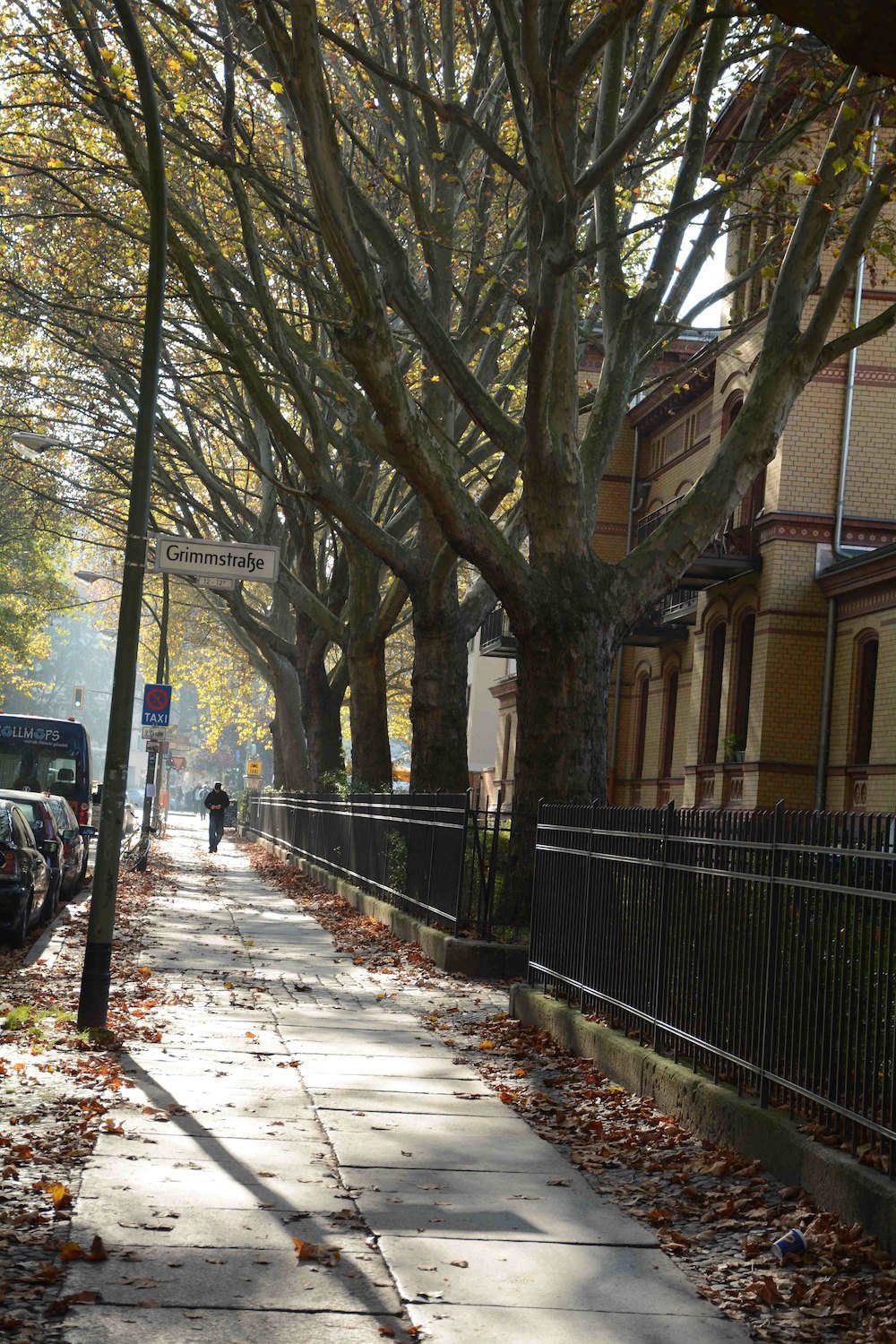 There was some worry that after a stretch in France, Elsa would have to start all over again in Berlin. Wouldn't another temporary apartment that had no familiar smells provoke renewed angst? Wouldn't she say Oh,no! More bare wood floors and leather furniture and harsh overhead lights! Mightn't Kreuzberg smell different from Mitte? The areas have been similarly gentrified but Mitte was East, and Kreuzberg, though edgier and more multicultural than Charlottenburg, was West.

As it turned out, the answer on both fronts was No. Despite its complicated history and geography, Berlin is apparently Berlin at dog level.

In the new apartment, the slightest excitement (imminent walk, biscuit time) does indeed cause Elsa to slip and slide all over the Parkett but she complains about it a lot less than her owners. 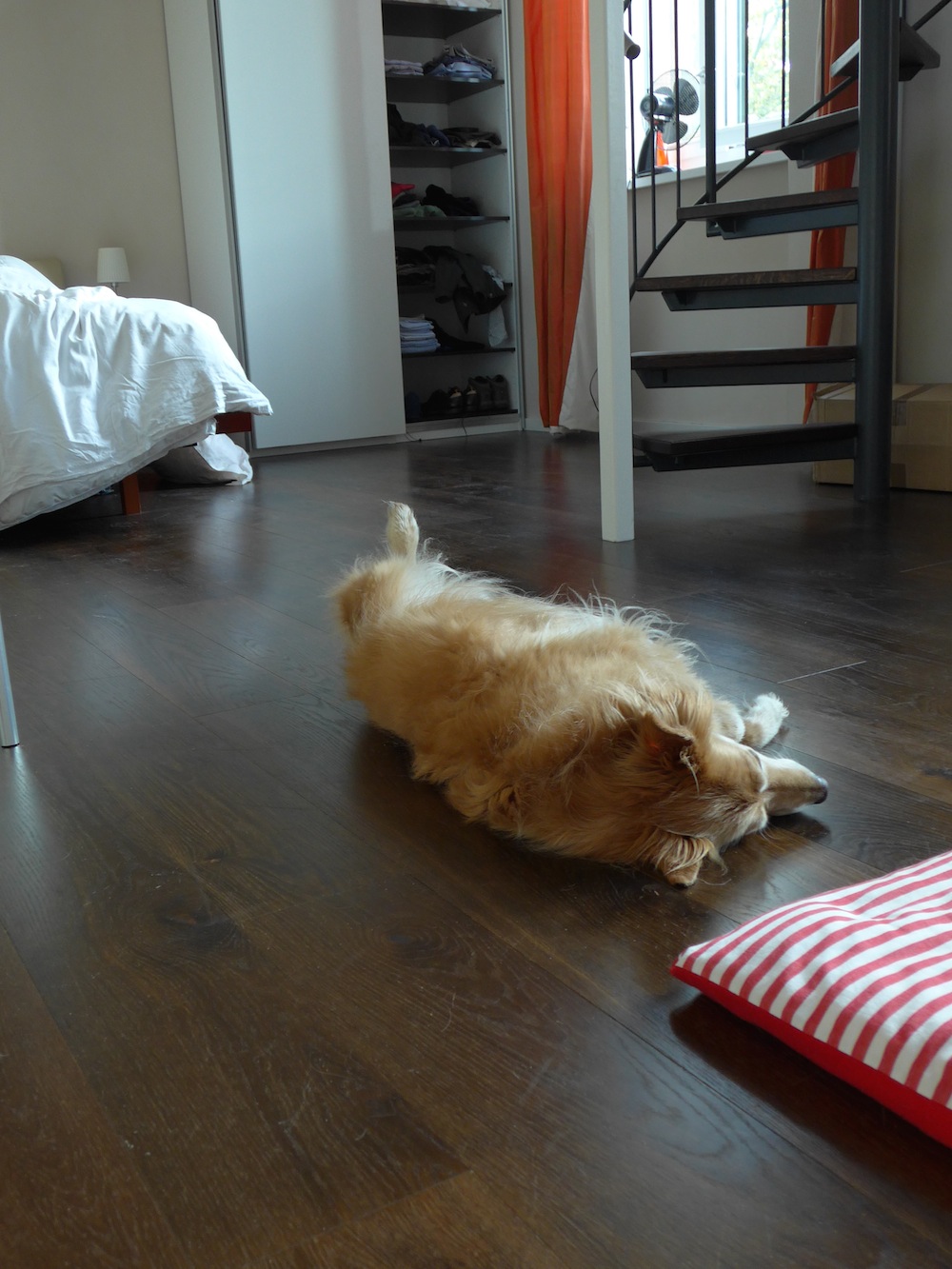 On the street, she remains too focused on the smells in the deep drifts of dead leaves to get fussed about this version of traffic light hell. Even on these narrow, quiet streets they dot corners and are almost universally respected. One must still step smartly before the Ampelmann turns red.

With or without traffic lights (they go off at night), however, it would be churlish indeed to complain about living on Grimmstrasse, which is an earthly paradise for dog and owner alike. 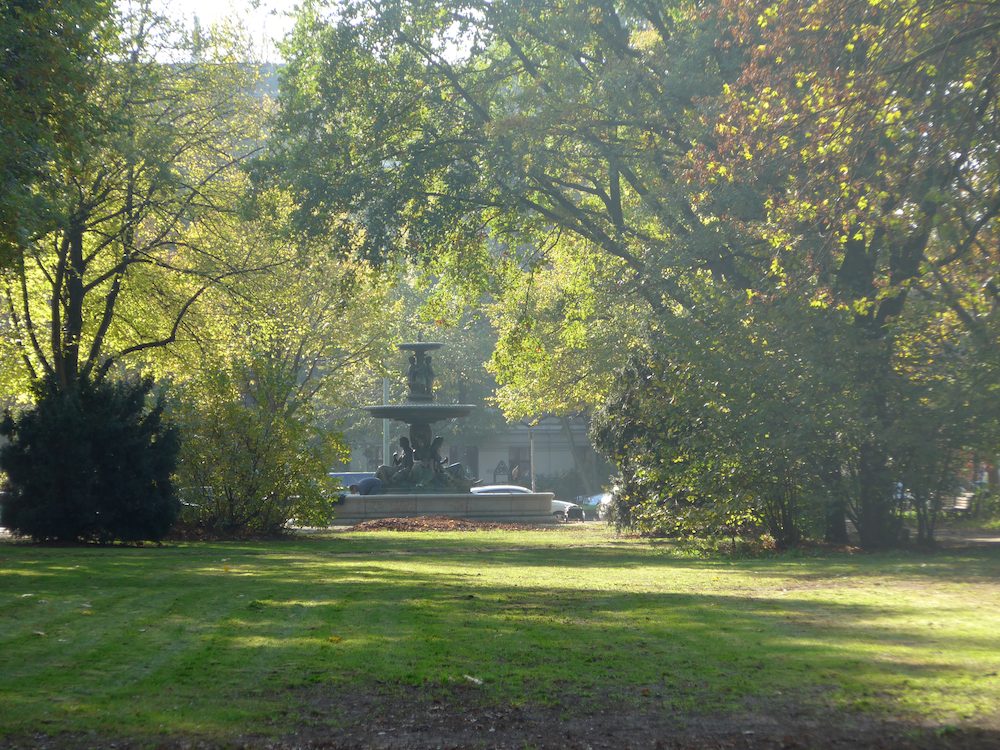 This park, right outside the gate, cuts a swathe up the middle of the street, all the way to the Planufer, on the Landwehr Canal. Besides its many green spaces, Berlin also has much water: the Spree River that wriggles east-west through the city, the many lakes at the periphery and a web of canals, along which are Ufer. Many of these embankments have footpaths, in the case of our little corner, on both sides of the canal. Minus the bicycle traffic (the subject of a future blog), it's a blissful walk, up one side, across a bridge and back down the other.

Unlike her forays into the eastern Friedrichshain Park, here Elsa sometimes runs into the same dogs. As in the east, the owners usually keep eyes firmly fixed on the dogs, but on one occasion not only did human eye contact occur but also a conversation. Probably because the other dog could have been Elsa's German cousin. They had the same slender body, same physiogomy. The only differences were the other dog's lighter, shorter coat and no-nonsense tail, a generally more sensible appearance that perhaps lacked some of Elsa's panache. The woman asked where she was from and to the answer 'Sie ist Französin', she nodded and said 'Ach, so', as if that explained everything (?). The woman then proceeded to say that Elsa must be very happy in Berlin, with all the space and freedom. 'The French are very--' and she made a gesture of yanking hard on a lead.

It would be nice to think that Elsa was lapping up Berlin for its culture and history or for the green spaces. Alas, the real reason for her happiness is more likely all the leftover food littering its streets and parks. In Mitte, with many tourists and an active night life, there were feasts of rubbish almost every morning. Here in Kreuzberg, the pickings are not quite as good but the quality is distinctly improved. Pizzerias abound here and pizza (along with chicken, crêpes and quiche) is Elsa's favourite food. She is indeed in paradise. 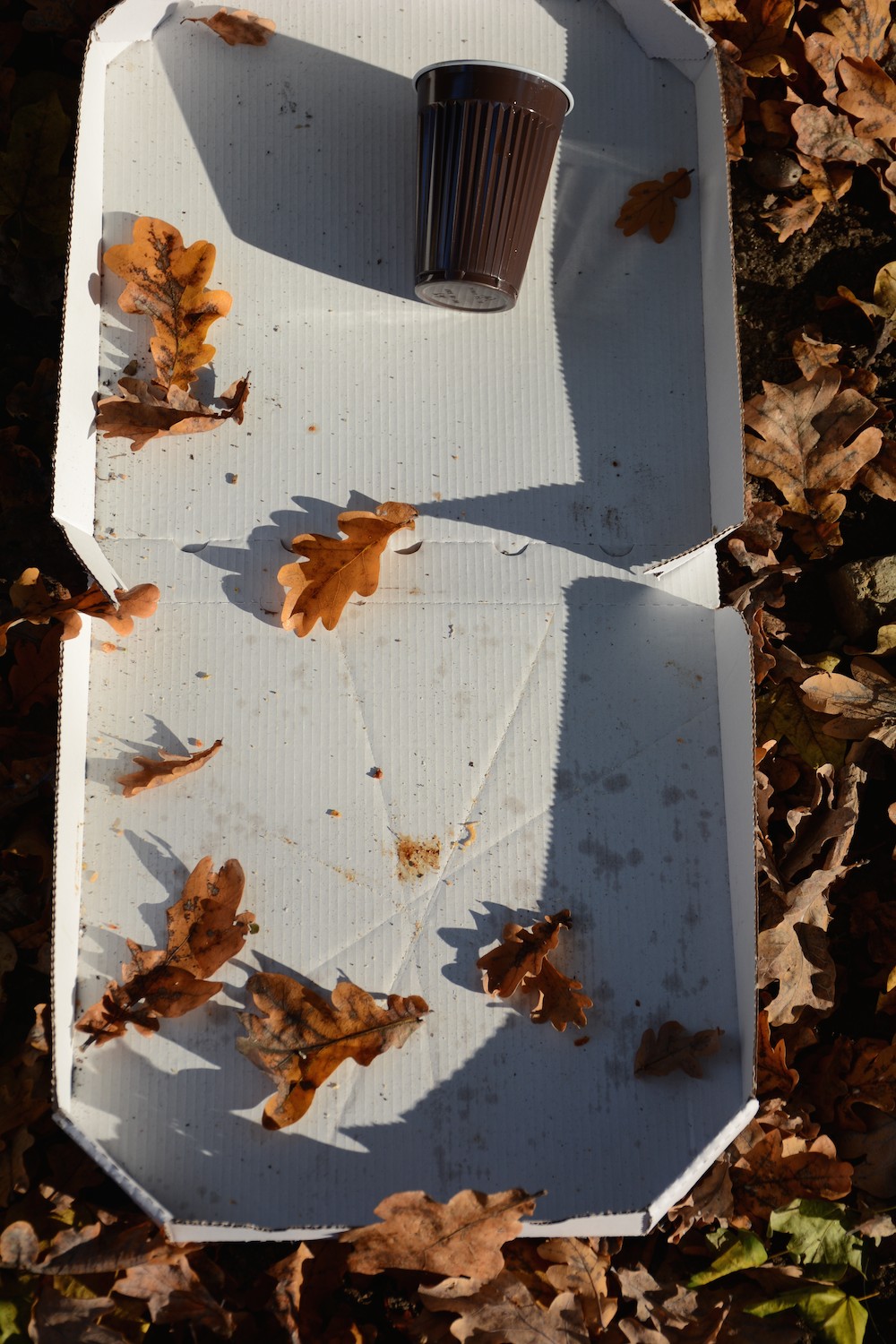