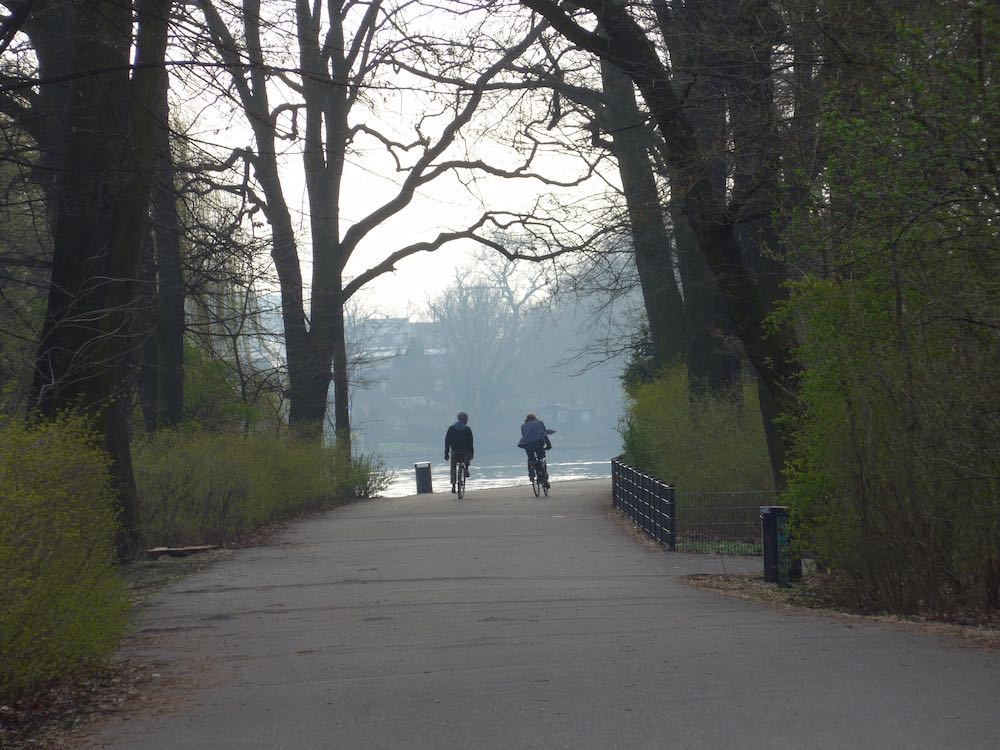 I have been an urban cyclist for as long as I can remember. In Toronto, with my tricycle on our dead end street, where I was frightened that even three wheels might not stop one of those tectonic ruptures in the pavement from tipping me over. In Chicago, along a closed off street in Lincoln Park, my father let go and the thrill of keeping those two wheels going, all on my own, was intoxicating. Later I’d take trips down the lakefront, no hands, all the way to Navy Pier on my beloved green Raleigh with the leather saddle that got stolen in front of Saint Patrick’s Cathedral in New York while I was across the street renewing my passport so I could move to France.

Though urban cycling in 1981 Paris was the exclusive domain of hippies and weirdos, a bicycle was one of my first purchases. Charles, who was also an avid cyclist, took me to the (hippie-run) workshop that had made his and soon I too was the proud owner of a bike put together from other old bikes. It also got stolen, conveniently this time, when I was pregnant with Georgina and needed to be forced off that rickety machine. But no sooner was the baby born--three weeks later, I think--than I was buying another.

Even my first novel, which I hope will be available beginning 2016, is the story of a bicycle shop owner.

So you can imagine that living cycle-less in Berlin for two years has felt odd, especially given the serious biking culture here. Almost as soon as a toddler can walk, he has a pedal-less cycle that is moved along by the feet. 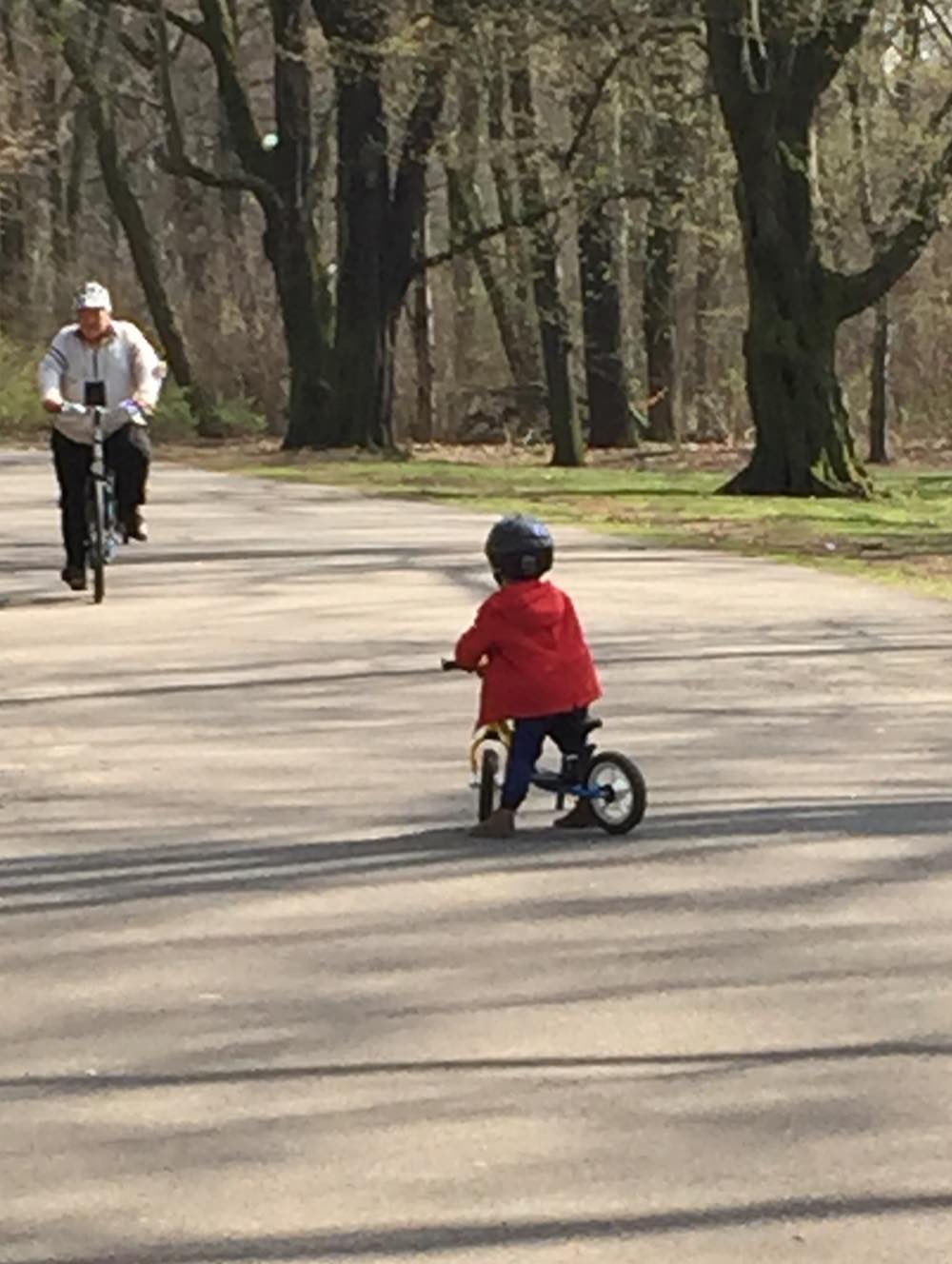 At four, children are riding proper bikes to school. On any given day, there are about 500,000 cyclists riding the 1500 km of cycling paths.

Or if not there, in the street, on the sidewalk, in the parks. People travel with them on the S-Bahn. 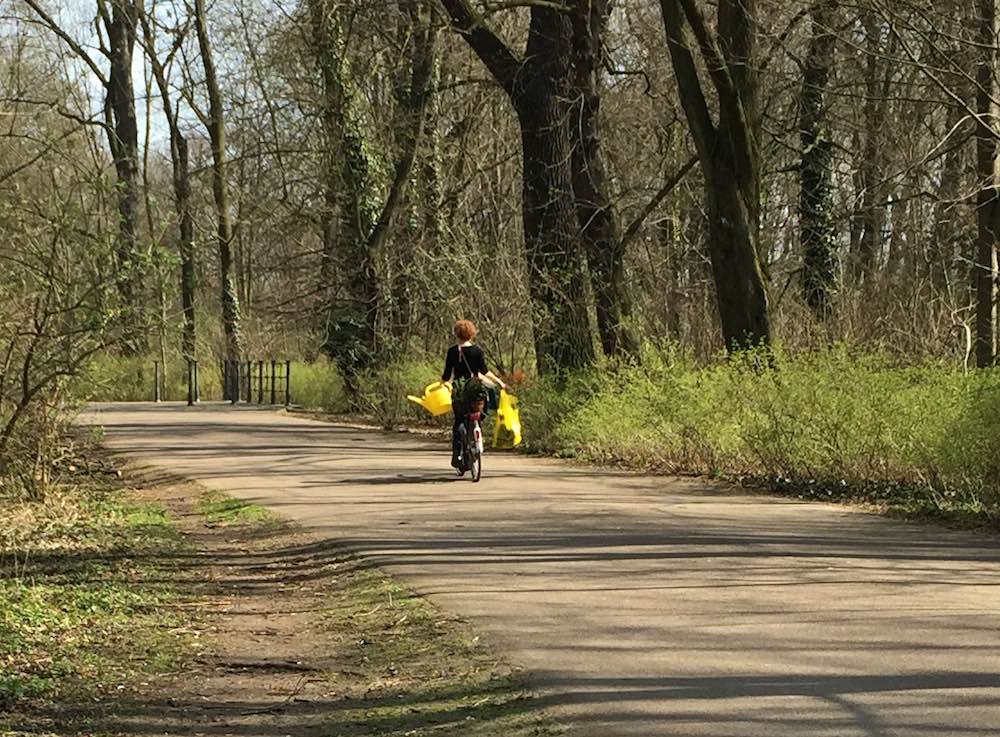 Bikes are everywhere and many cyclists advance with much the same fervor as the 200km/hour left-hand lane drivers on the Autobahn (see various earlier blogs). Like the drivers, they do not take kindly to using their brakes, or to making room for pedestrians, no matter what surface they are exploiting. A sudden inattentive step to the left or right can be life-threatening. 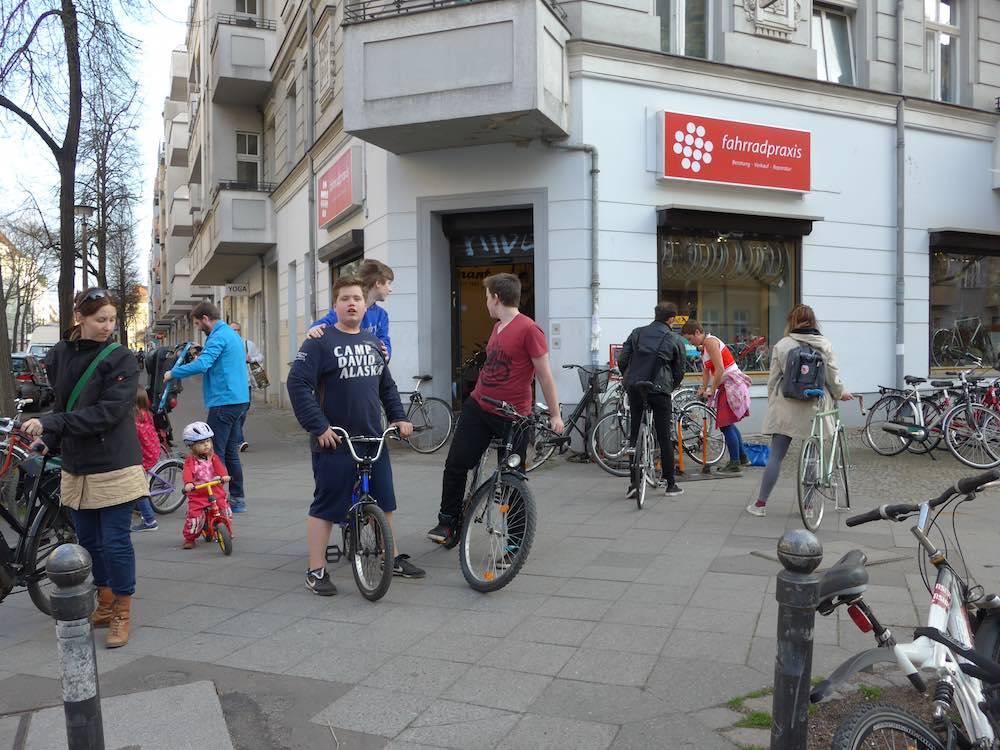 It’s in fact close to chaos and I once asked our friend Ralf K. if there were any regulations at all. “Of course!” he answered. “By law you have to ride on the street or in the bike lanes.” Apparently, as with dogs and leads (see Elsa, a French Dog in Berlin, 19 Sept ’14), this is an area where Germans, or Berliners at least, throw rules to the wind.

The longer I observed the situation, the more nervous I was about joining the ranks, now that I had an old bicycle from Paris here. About 10 days ago, when I finally got it fixed up and road-ready, I rode away from the shop full of trepidation.

Only for a hundred metres. What freedom! What bliss to be moving faster than my two feet can take me! Out of sheer joy, I sped up and down the Puschkin Allee, despite a fierce wind. Now I pedal to the shops, get more chores done faster. 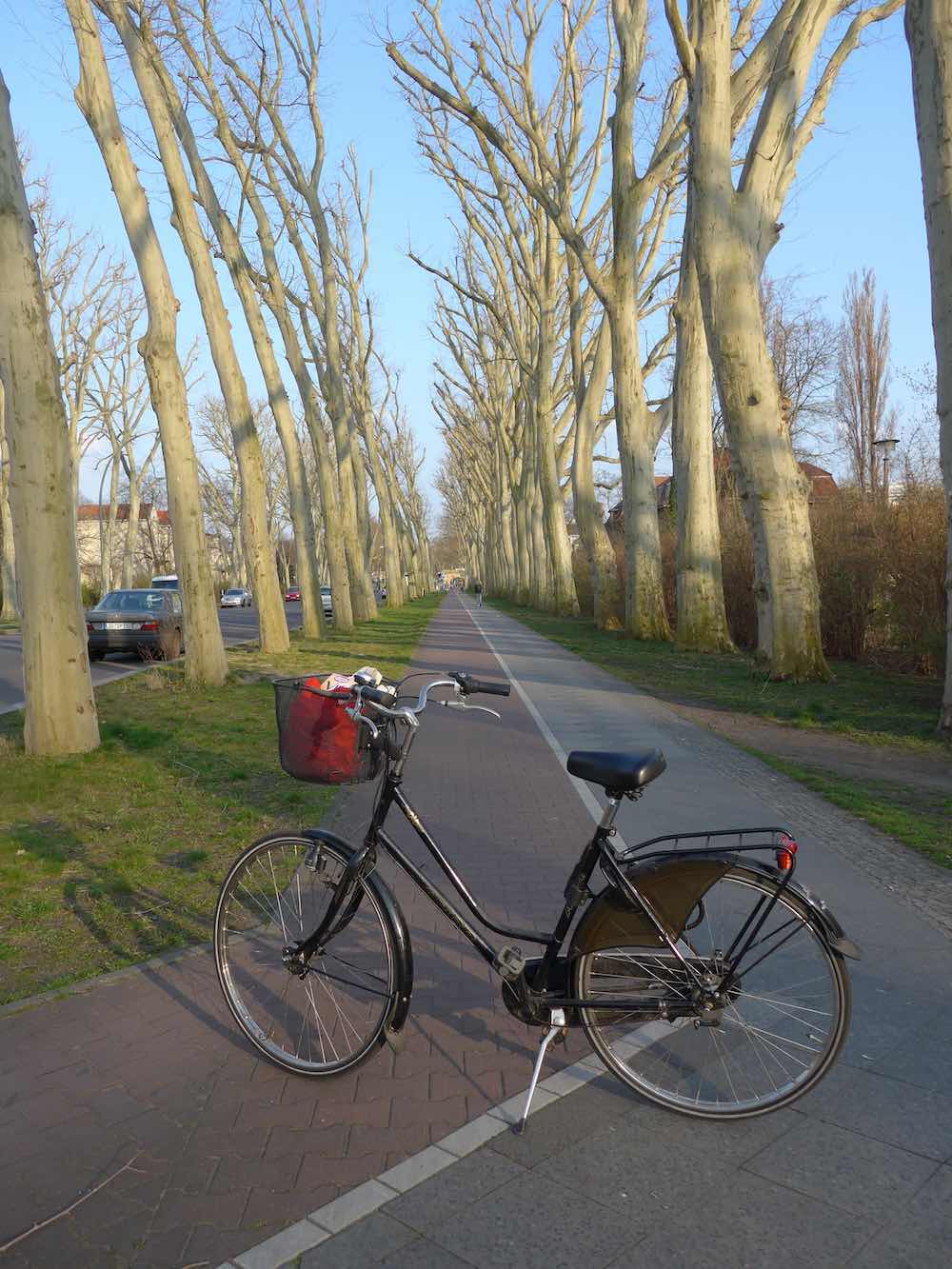 Like Berliners, I ride anywhere I please, though having experienced things from the pedestrian point of view, I give wide berth to people on foot.

An important step to being home has been made... 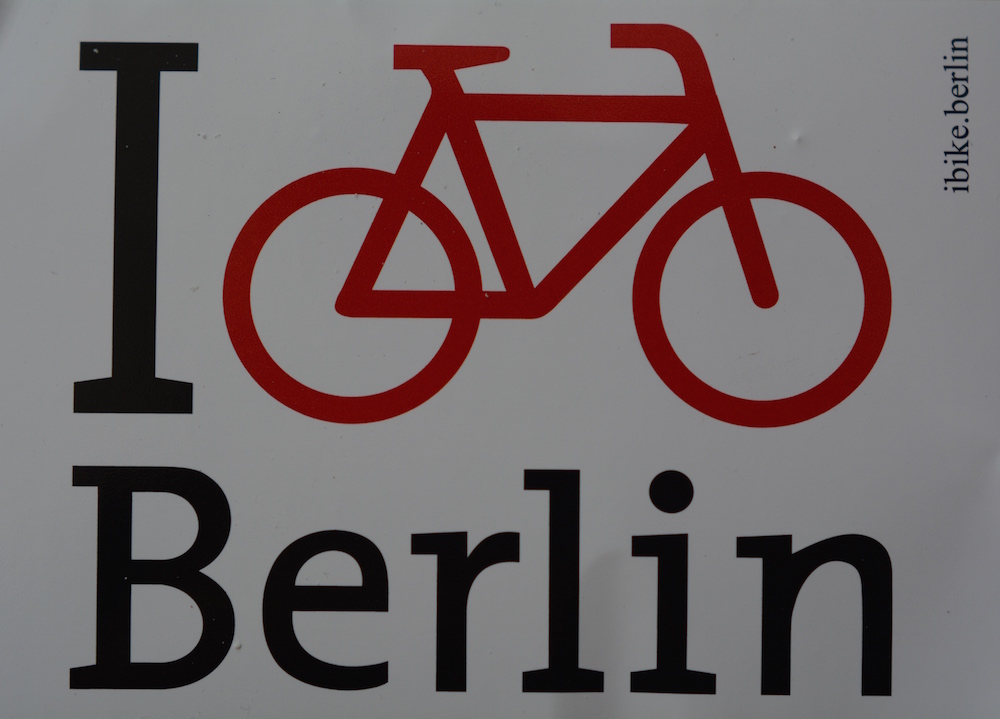