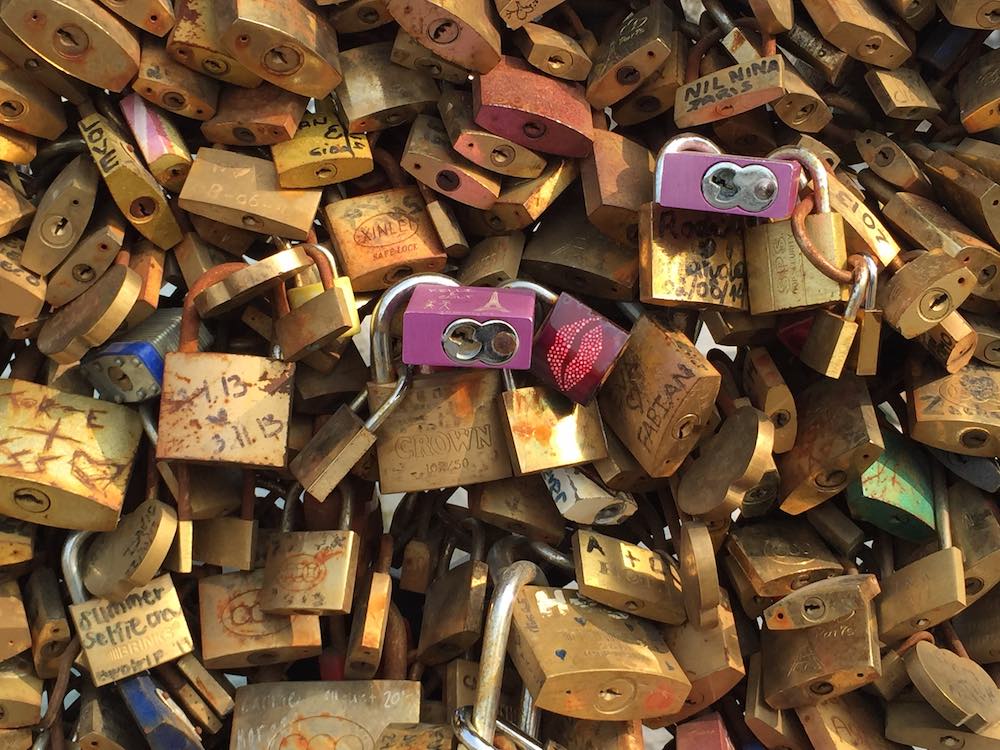 “I am standing on the Pont des Arts in Paris,” begins Kenneth Clark’s Civilisation, written in 1969. “What is civilisation? I do not know. I can't define it in abstract terms—yet. But I think I can recognise it when I see it: and I am looking at it now."

What would The Rt. Hon. The Lord Clark say today? People aren’t paying much attention to the Louvre on one side or the Institut de France on the other or Notre Dame downriver, the way he was. They’re looking at—fixated on might be a better word—love-locks: searching for a place to attach theirs, examining the handicraft of others, then taking several selfies. Or at least they were, until the Ville de Paris put up these now heavily graffiti-ed panels blocking access, after part of the guard-rail collapsed under the weight of the locks. 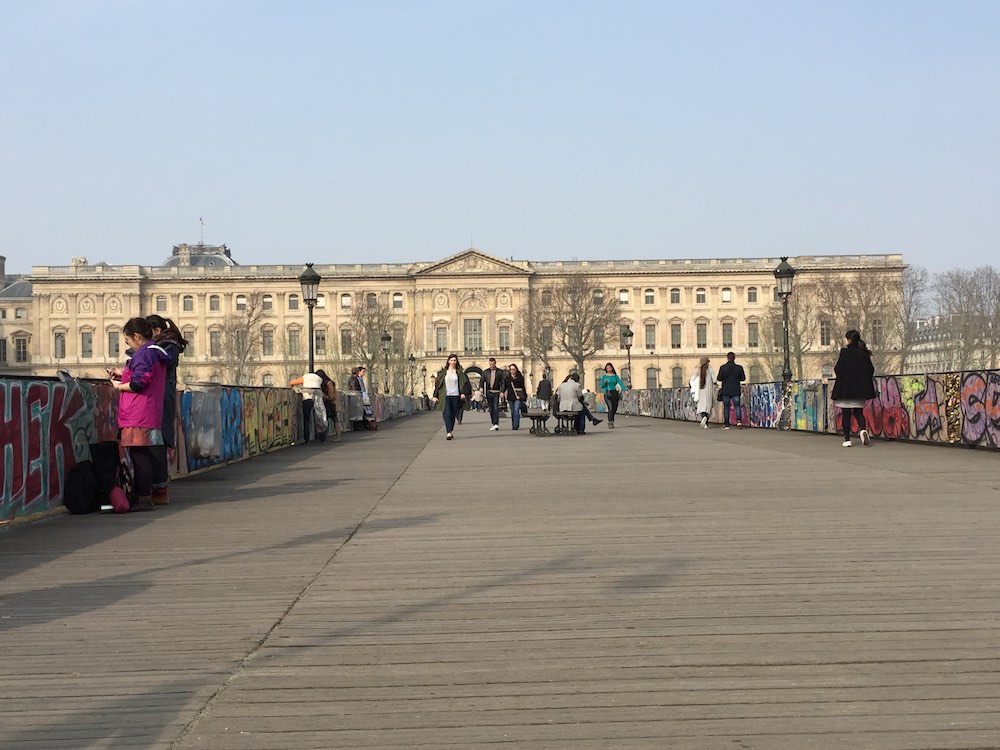 Though I know Paris is not the only place faced with this onslaught, the City of Love has been hit harder than most; every bridge with a meshed-metal or wire balustrade has been besieged. 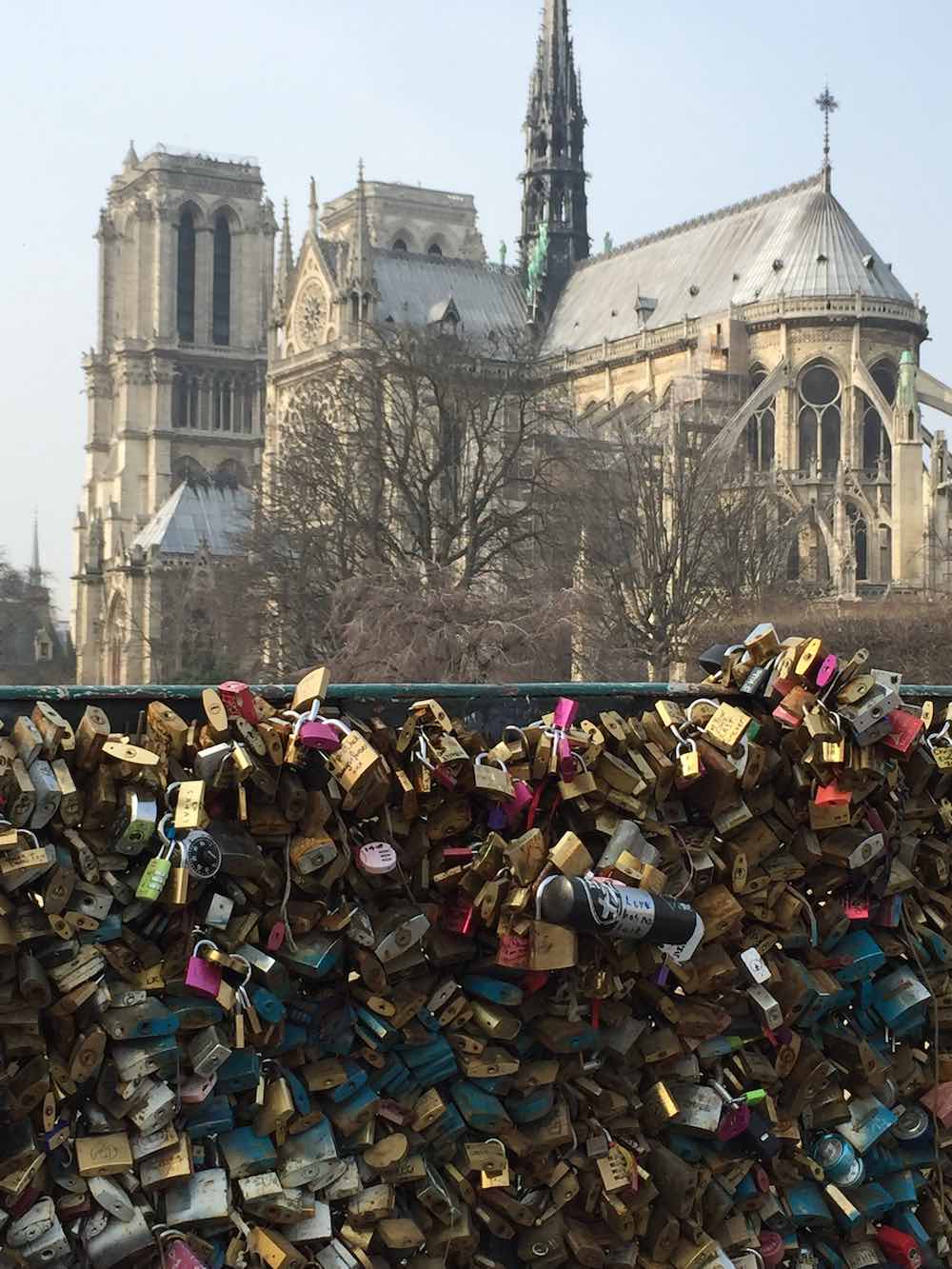 Tourists apparently love them; Parisiens generally hate them, often quite violently. At Christmas a family discussion on the subject yielded the following:

--Georgina (lone voice): “If they make people a little happier for a short while, why not.”

--William (philosophical): “They’re a constant reminder of globalisation, of the never-ending stream of tourists that flow through the city, but…(shrug).”

--Christopher (usually tolerant and accepting; here in something of a lather, reacting to his sister): “They’re an eyesore that cause damage to the bridges and result in extra costs to the city. Such selfish, trite displays of affection, such attempts to tie the knot by locking the lock, are ridiculous.”

--Alex (reasoned, balanced): “I agree they’re tacky and bad for the bridges. But we're responding to them aesthetically and morally firstly, and only secondarily as simple, concerned citizens. Which, I think, is what Georgina is reacting to. We aren’t being honest brokers; we're being snobs. Maybe. Or maybe not.” 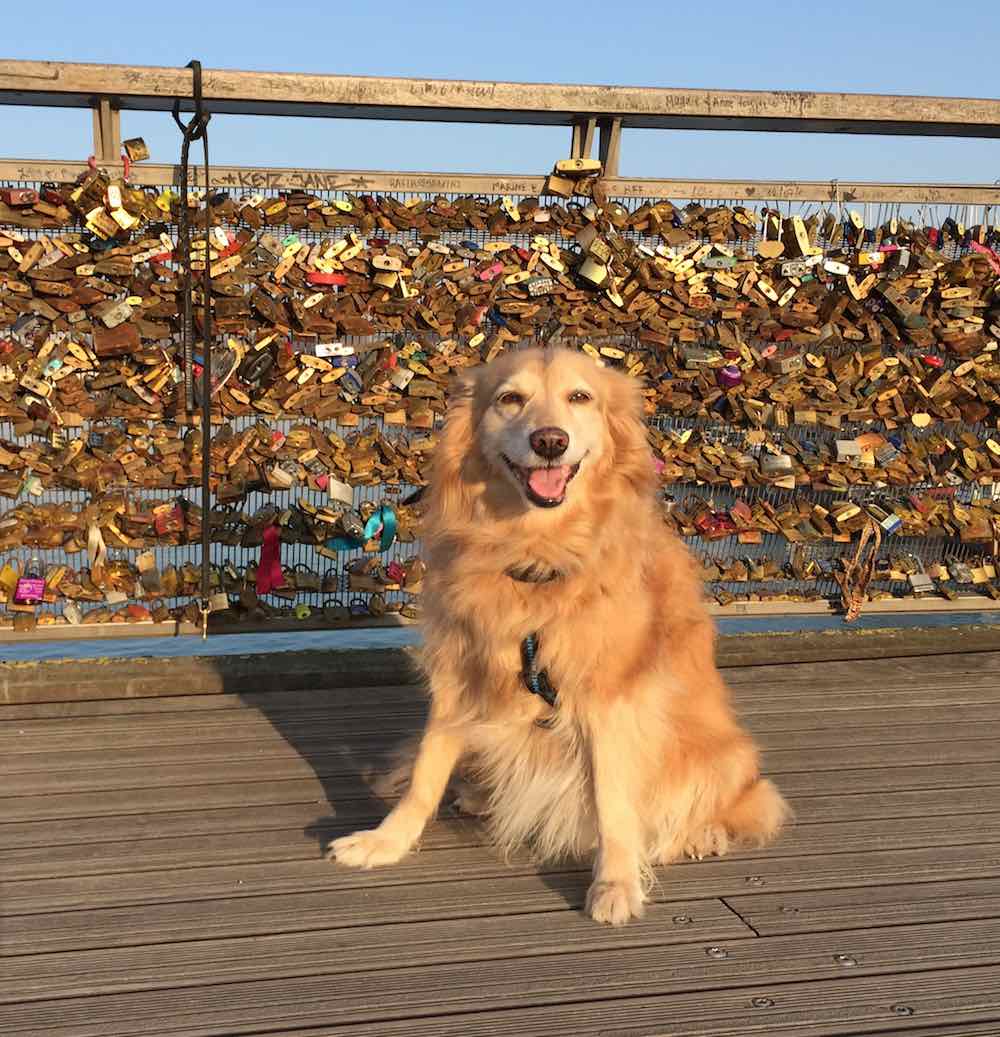 Myself, though not as firey on the subject as Christopher (except when I think of all those keys accumulating on the bed of the Seine!), I do not like them at all. Actually, I find them physically repulsive, like some huge scab or fungus I want to scratch off my skin. Or like something that is suffocating me, forcing me to gasp for air.

On some level they remind me of the lawns at the Jardins de Luxembourg that I wrote about last week: public space run amok.

What does this say about civilisation today? That aesthethics and the common good are now sacrified to personal choice, which quickly turns into mass obsession? Or is it, as Alex conjectured, snobby to want to preserve the beauty and well-being of a bridge?

Maybe. Or maybe not.

All I can really say is that trying to stop them appears to be a losing battle. In Paris, those that are removed by the authorities are immediately replaced. And late last year I was walking across the Weidendammer Brücke on the Friedrichstraße in Berlin und plötzlich… 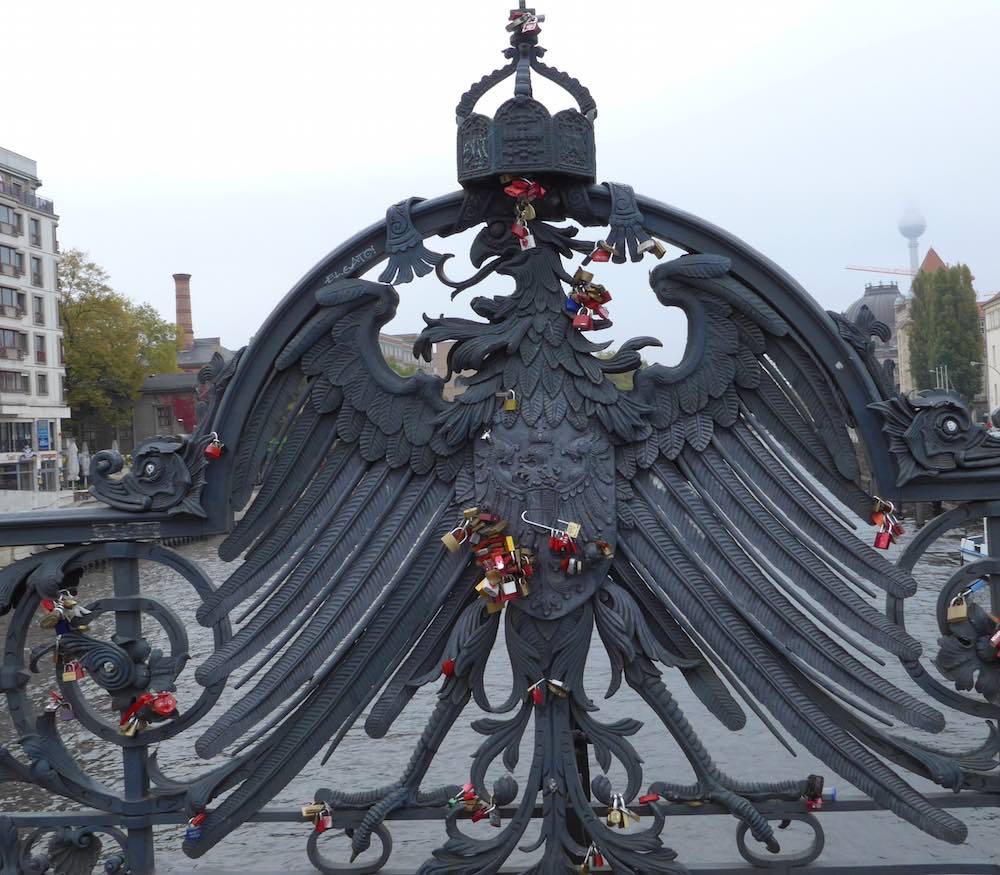