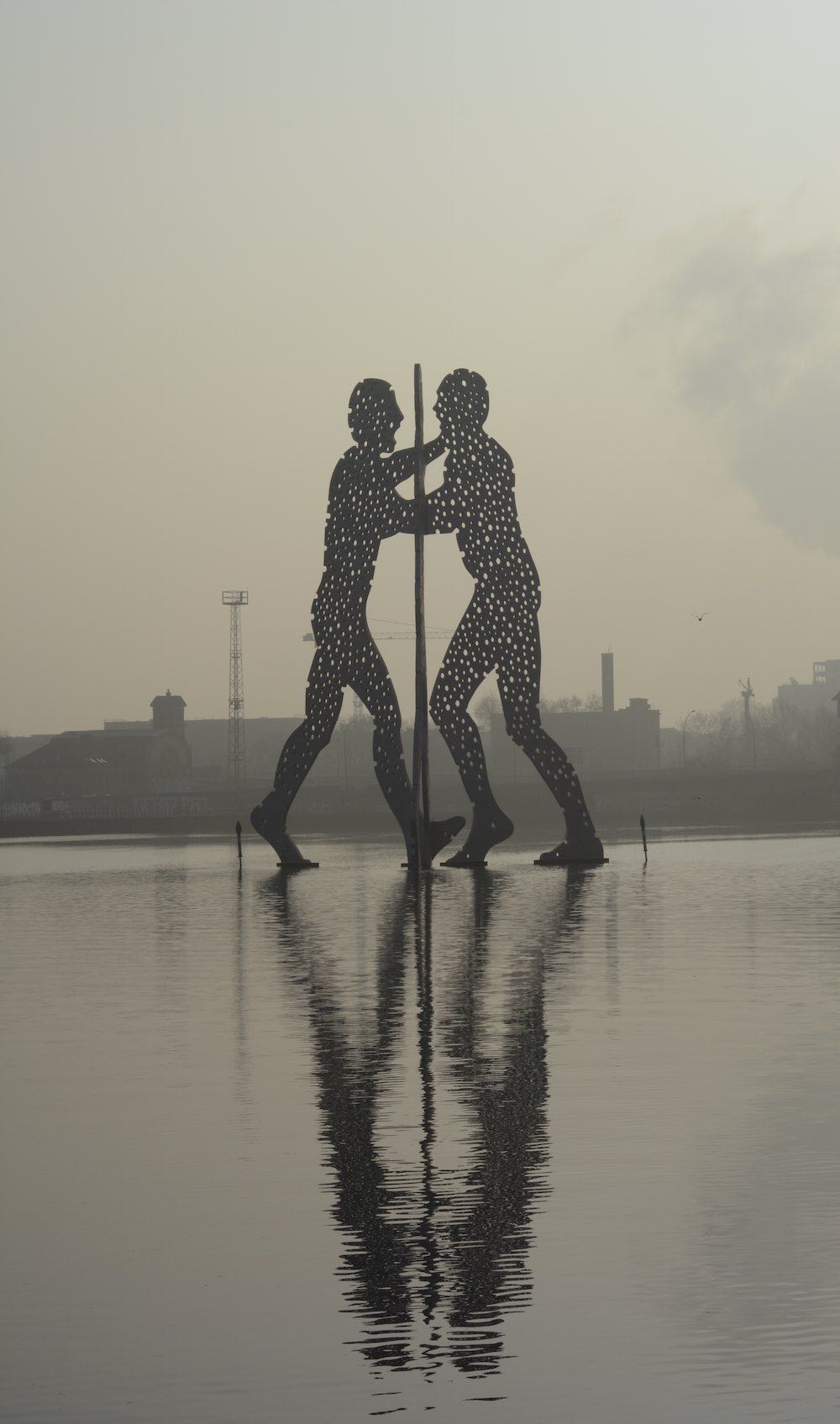 Back in Berlin, after a mother-son-dog road trip. If it sounds picturesque, tant mieux. The truth is that even though William made it much easier by being excellent company and driving more than I did, any car journey between Paris and Berlin in a single day renders one almost delirious.

Fortunately, the new Alt-Treptow flat was not a mirage and it’s come quite a way since February. Swinging doors that had stood where our front door now is have been restored and put up between the entry and the living space.

We now have cupboards, bathroom sinks. And mirrors! When last here there were none and it was an odd experience living several weeks without seeing ourselves. Odder for David who had to shave (and if he was going out to a meeting, get inspected by me for missed patches) but also for me. At a restaurant one day, I almost jumped out of my skin at a surprise glimpse of my mug. I started to have a different, more interior view. Whether this spa cure for the psyche was good or bad, I don't know.

William had to fly back for school so didn’t stay long. With David still in the Caucasus, I’ve been alone most of the week. It’s a bit of a strange existence. During the day the building and grounds are crawling with workers; the sounds of drills and hammers and engines mingle with the voices of the children from the playground of the next-door kindergarten. 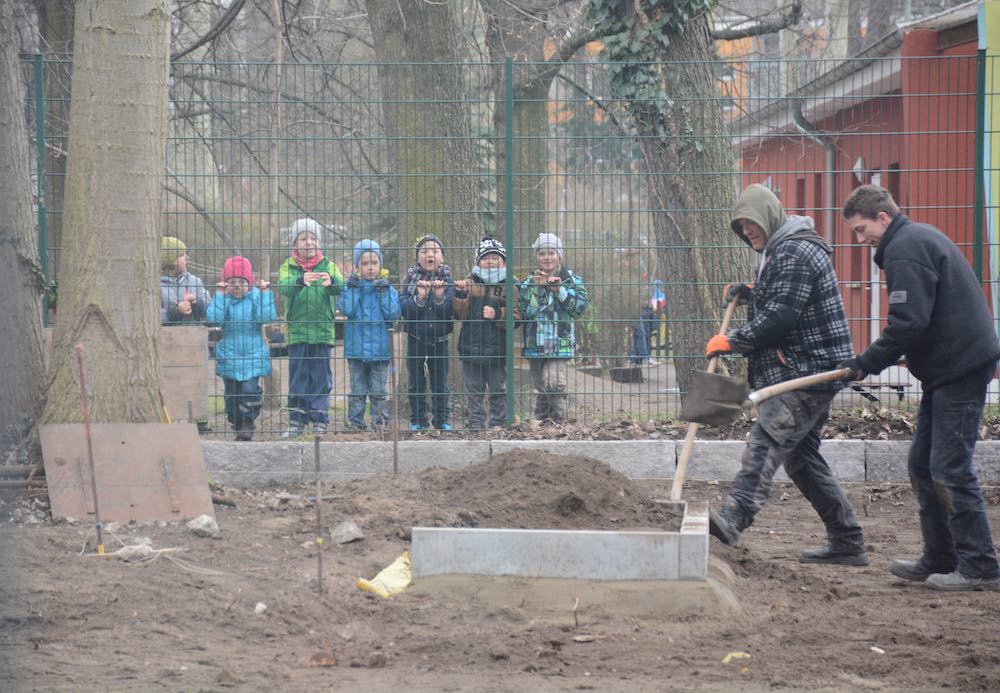 At night, minus Elsa, there isn’t another living soul—not even the traces people usually leave behind—their furniture, clothes, books, a whiff of their spirit. Ours is the only finished apartment in the building. It can feel quite eerie. Still, I’ve been happily getting back to work on novel number three and further exploring our new Kiez with Elsa. 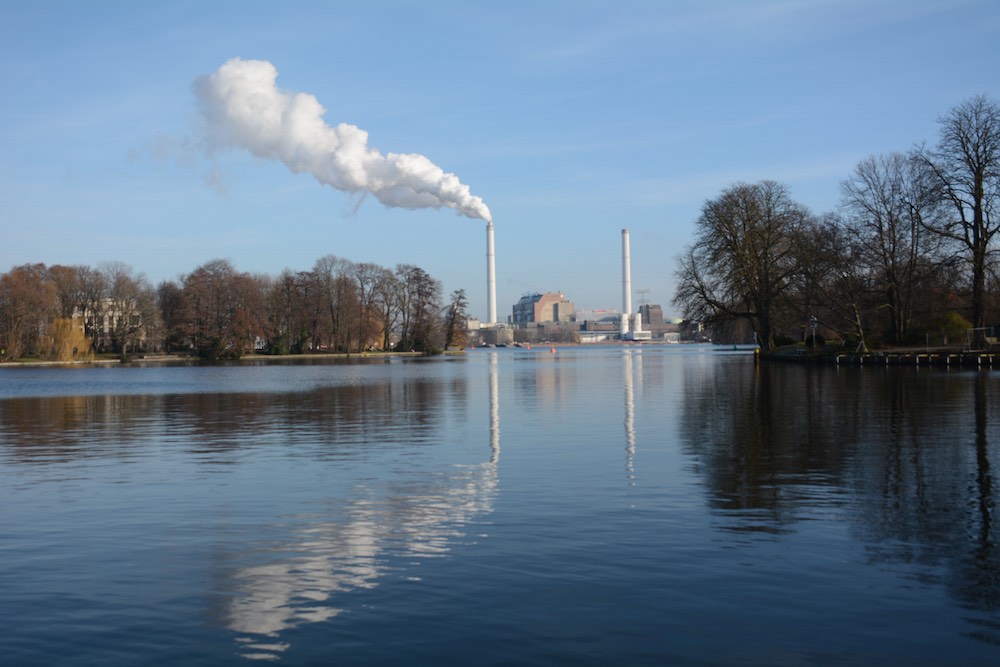 I have discovered that pretty much any direction I go, there’s a great walk within five minutes. There’s the river and the Treptower Park, which is enormous and which I’ll write about in more detail another time. Ditto for an elevated park on an abandoned rail line, à la the Coulée verte in Paris (12ème) or the High Line in New York.

We again have a canal, a bit farther and grittier than the other (see Elsa in Uferland, 18.11.14), but still with a path that runs along it for a good stretch. 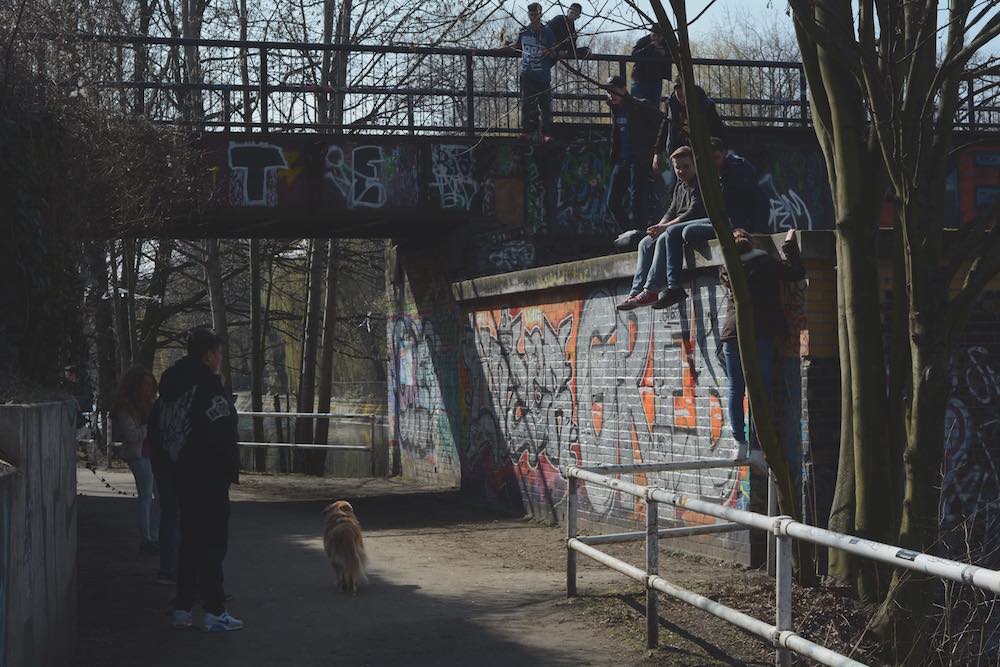 But that didn’t prevent the tears from welling up in my eyes this morning as I read the paper. It happens more and more often; I just can’t read another word.

Today it was provoked by the German Wings plane crash. Okay, it’s not quite as bad as the 500 women and children Boko Haram abducted and possibly killed (if the 200 school children last year are anything to go by) but it's slightly more deadly than the 137 worshippers killed in Yemeni mosques (here I’m not counting the hundreds injured).

And it’s closer to home. The idea that this you-or-I would lock himself in the cockpit and wilfully send a plane full of people into the side of a mountain as the pilot bangs on the door, is terrifying. Once again people who knew him are saying (for the moment, anyway) that he was a nice, normal guy. Once again someone's inner and outer selves seem to have been competely out of synch.

Lufthansa CEO Carsten Spohr, a pilot himself, said: “When a person takes 149 others with him to their death, for me ‘suicide’ is not the right word.” It's a tragedy that ratchets up the fear factor by several notches.

As does this morning’s other news: Sunni Saudis bombing Yemen to stop the Shia Houthi rebels backed by Iran. The region looks more than ever as if it’s about to blow itself off the map. Today there was nothing on the Ukraine and Russia but no matter. It seems just a question of time until one of these regional conflagrations turns into a black hole that sucks in the whole world. It goes without saying that on some level, they already have.

Jonathan Borofsky, creator of the Molecule Man sculpture pictured above, said of it in 1997: “...the figures joining in the centre refer to the molecules of all human beings coming together to create our existence.”

Today one might ask if they’re not coming together in order to tear each other apart.