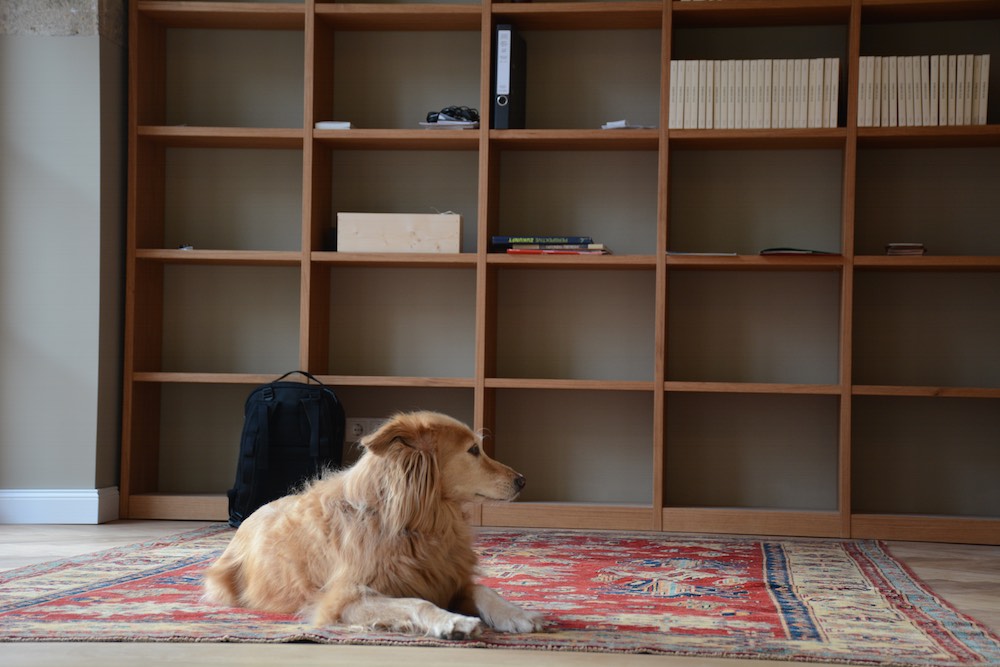 Elsa and Someone Else, Alt-Treptow

If you want to block out the horrors of the world, move into a Berlin apartment. Germany may be the strongest economy in Europe but it takes over a month to get the telephone, internet and television hooked up. Like getting a phone line in France, circa 1970.

Our request was made in mid-December and we were at first told we’d have to wait until February. After some persistence, the date was moved forward, so this Friday, the 23rd, we should be all set—‘unless there’s a problem’.

We got an internet stick. It took us three days and as many trips to Saturn, a big multi-media store, to get the thing working. Now it's not working on my computer; I write to you from a delicious Korean restaurant in Kreuzberg with wi-fi.
http://www.kimchiprincess.com/
My only access to the news, minus the weekend papers gleefully purchased on a Saturday trip to Prinzlauer Berg (can't help it: do still prefer paper), is the German radio I hear through headphones as I walk the dog. And I can’t understand all of that. Enough, however, to know that the Germans are still talking constantly about the Paris attacks and are very worried that a similar act could occur on their own soil. This has led to various raids on suspects and a visibly increased police presence around the city.

Moving, along with death and divorce, is said to cause the most stress to humans (and dogs!). Such stress is another good way to block out the world because the move is all you can focus on, especially when, as so often happens, the apartment is still a work in progress. Every day is a parade of artisans and deliveries--or delayed deliveries.

We're still waiting for stuff from France and the US, so are surviving with the bits and pieces collected during the course of our two years in furnished apartments, plus the sauce pan, frying pan, plates, glasses and cutlery that we stuffed in our suitcases like carpetbaggers when we left Paris by train.

All week we’ve been eating at my desk, seated on an exercise ball and my piano stool. We each carry a lamp and a moving box (we only have two sturdy ones left) from bedside to work station (though not much work getting done) and back.

But what a place for the lamps to illuminate. 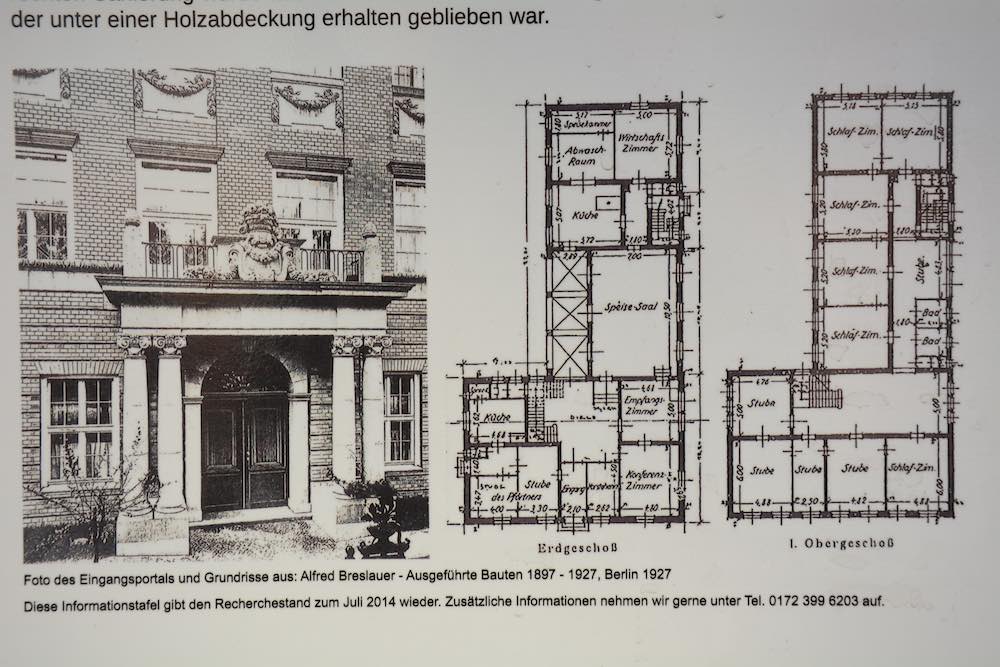 The building was built in 1907 for the Moritz and Johanna Simon Stiftung, a foundation meant to house and educate orphaned girls from the Berlin area between the ages of 12 and 18 with a ‘cultivated’ background but ‘in need of support’; half were to be Jewish, the other half Christian (how's that for a finely honed mission statement). By 1921, rampant inflation forced the foundation to close.

It was then used by the city of Berlin as a school, until occupied by the German army during the War. Afterwards it variously served to house or train youth; in the early ‘90s, it was turned into a home for underage refugees (proof that Germany's welcome to refugees goes back years). Though the intermediary owner was the Azerbaijani government, the refugees’ wall paintings were still on full display when we bought this apartment from a pair of architect-developers. 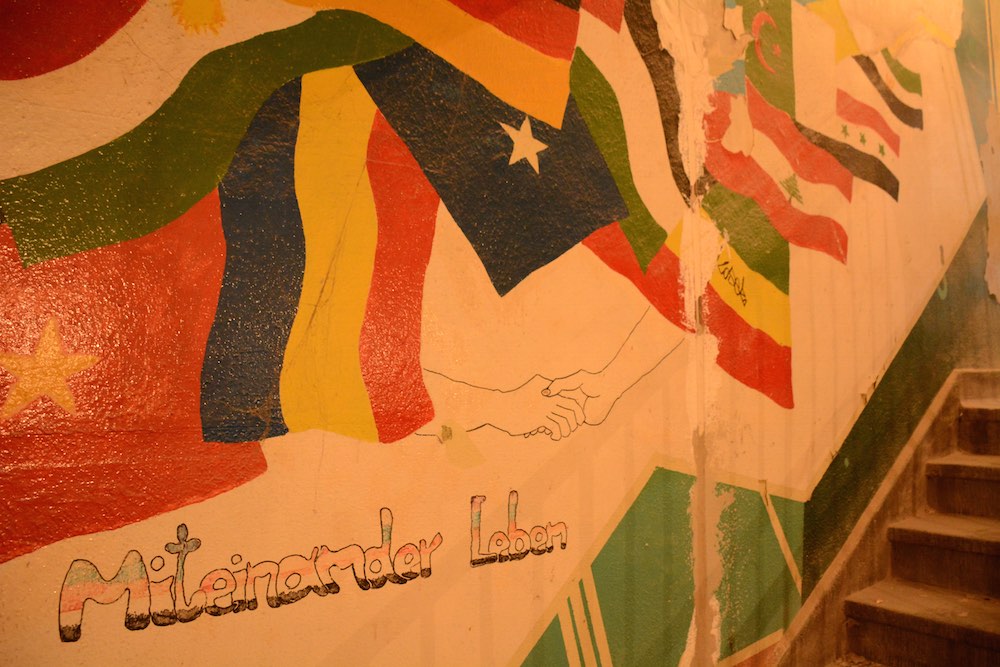 Ours is on the ground floor, in the back, and will have a gorgeous garden all for us (right now it is a sea of mud). It's also the only one (almost) finished. But there's progress... 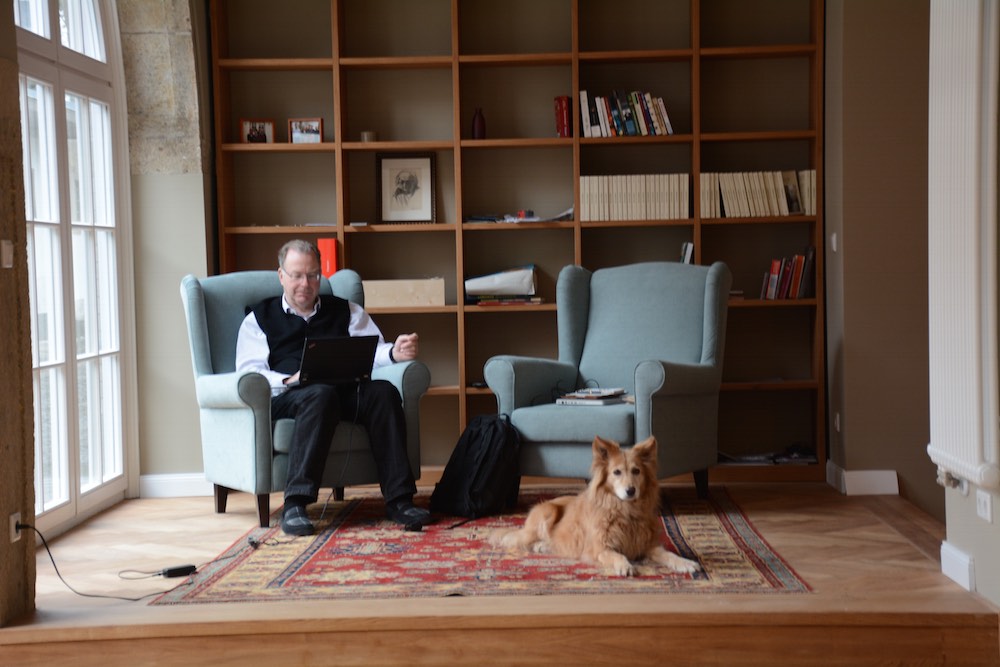 Correction: last week I said the ‘anti-Islamisation’ Pegida marches were in Leipzig; I meant Dresden. Serves me right, trying to produce a blog entry the eve of the move--and this week there was indeed a march in Leipzig.