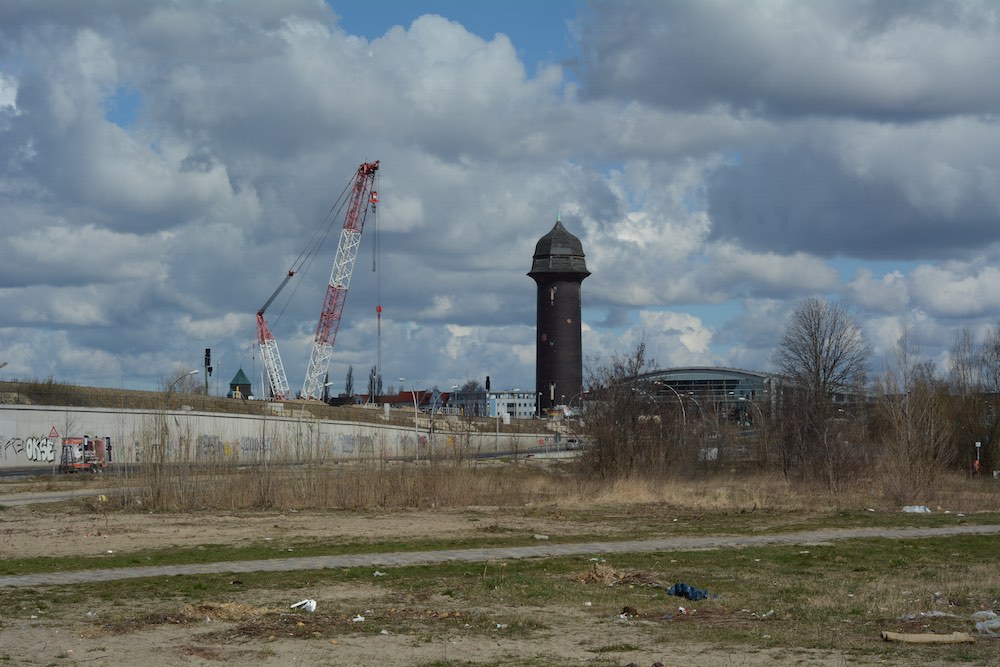 Before the bombs fell, Berlin was largely a creation of the late 19th century. Although founded in the 13th, it didn’t become a European powerhouse until Bismarck defeated France in 1870 and a year later united disparate states into Germany with Berlin as the capital. So unlike in Paris where my first apartment was built in the 17th century and the second in the 18th, Altbau here usually means second half of the 19th, first decade of the 20th. Our place, for example, was built in 1907.

After the bombs fell, the Soviets got hold of half the city and with the east Germans took post-war enthusiasm for concrete to an extreme by constructing both mind-numbingly colossal apartment blocks and a Wall in which to imprison them. Since reunification, Berlin’s been building again, much of it on the vast wastelands left by the War and the Wall, and this time in very 21st century style. Despite my insatiable attraction to the old, the decrepit and the abandoned, witnessing this new Berlin was part of the reason for moving here. 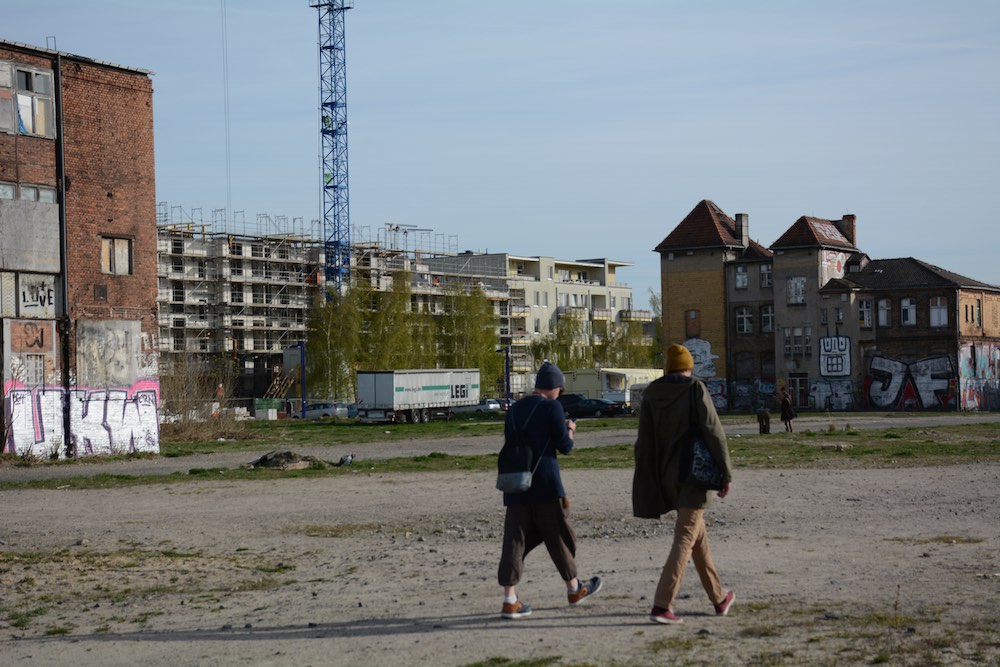 Today, behind, beside or between the wrecks of the previous two centuries stands a crane, a construction site. And though it would seem living space in those eastern blocks should be limitless, there is apparently a housing shortage. In 2013 only 6177 flats became available for the 40,000 new inhabitants, most of whom would not want to live in Marzahn or Hellersdorf anyway. The city reckons it needs to build 20,000 new housing units over the next several years. 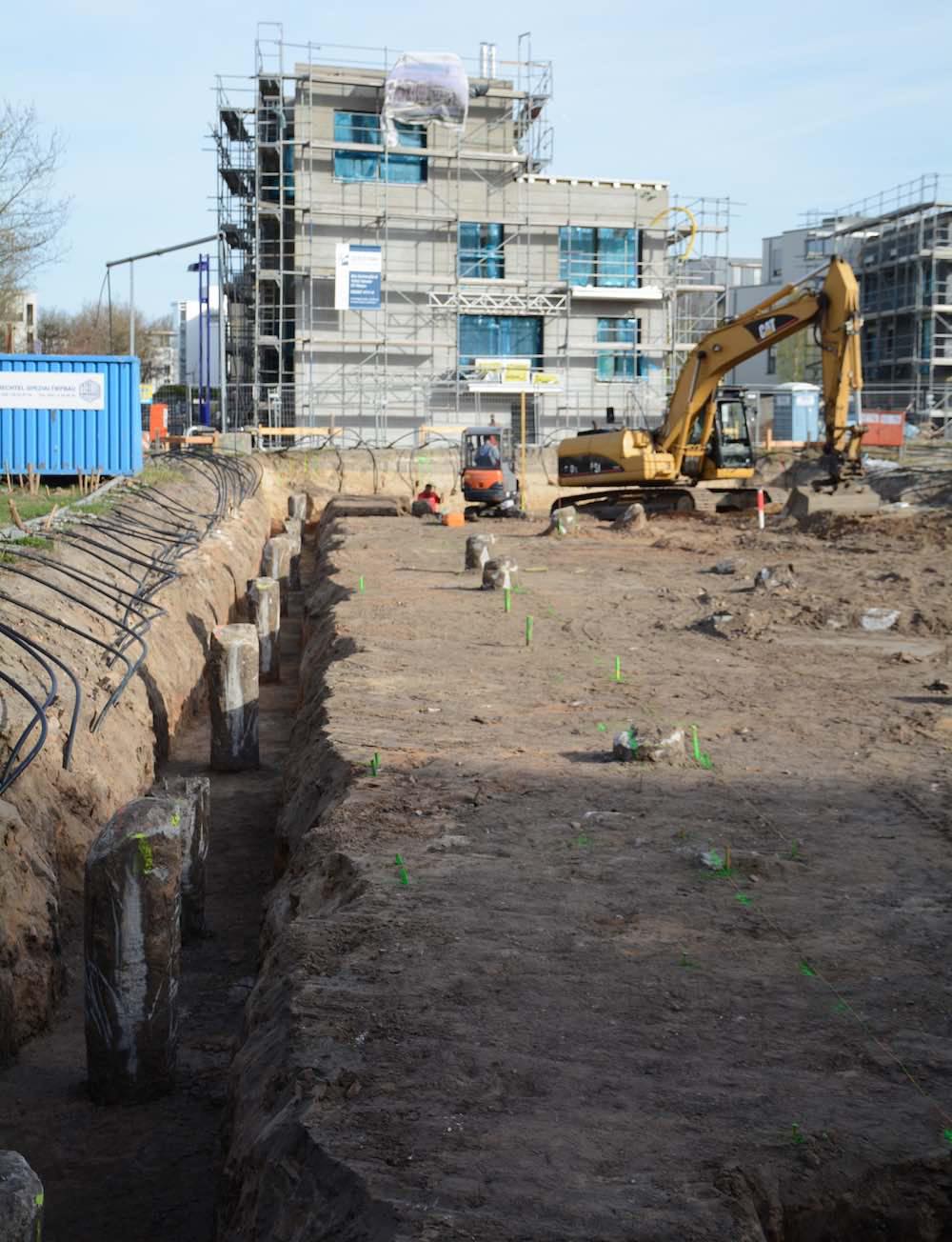 Since lots of people have moved to Berlin because of the cheap, abundant space, because they too like the old, the abandoned and the decrepit, the new face of Berlin has created tensions and engendered protest movements, especially since much of the new construction is touted as "luxury living" for purchase, rather than affordable rentals for the less well-to-do, who are already upset by the 40% rise in rents since 2010. As seems to be the case almost everywhere, people have divisive views on progress, different visions of the future. 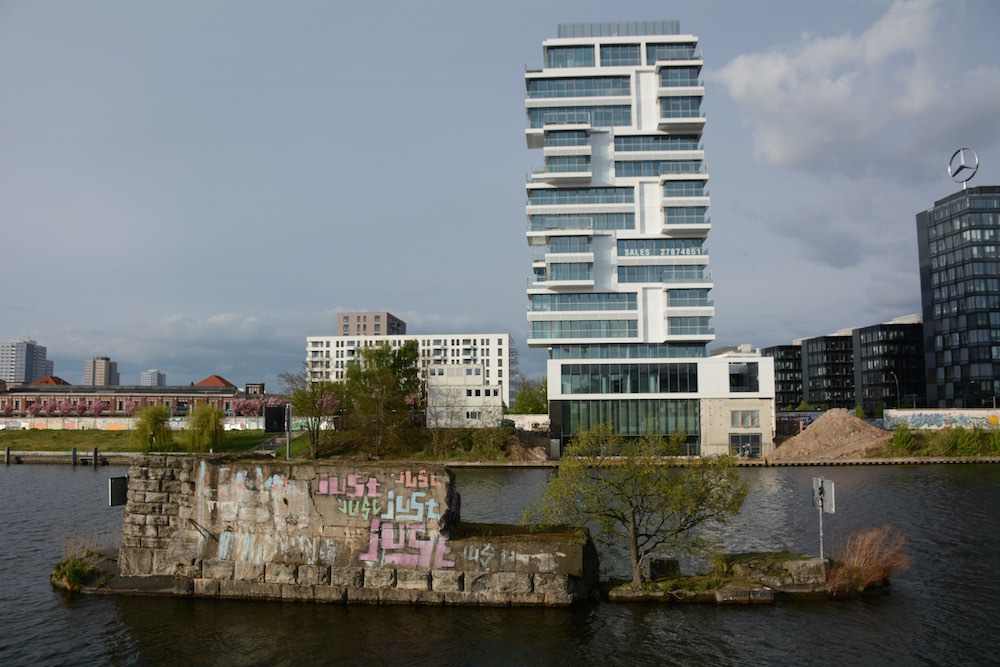 The above is a Berlin case in point. In early 2013 plans for this riverside luxury apartment building included removing panels of the longest existing stretch of the Berlin Wall, known as the East Side Gallery because it is now adorned with art. Though the city had spent €2m restoring those panels for the 20th anniversary of the fall, it did not object to interrupting the 1.3kms for the sake of property development. Protests were fierce and got a lot of media attention but the Wall was breached anyway. Further development on the site has been approved. 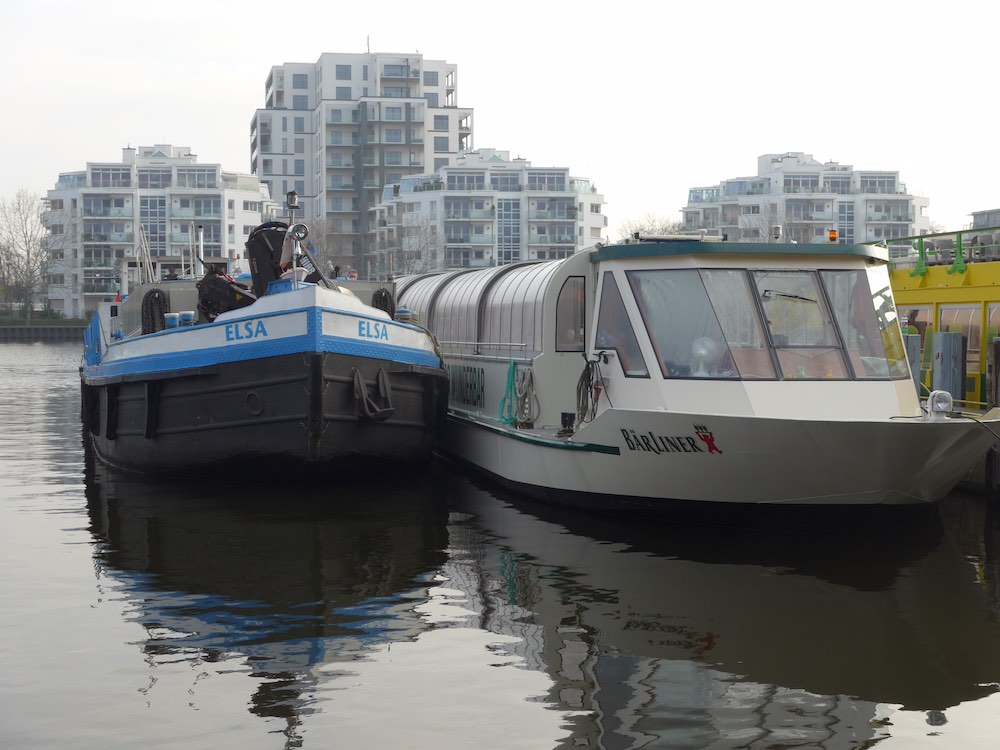 In our little corner, there’s quite a bit of recent construction, across the river (above) and in our street (the Alliance tower, low housing units). It's balanced by some old buildings like ours and a nice stretch of wasteland right on the river where Elsa sniffs happily at least once a day. We've always known this paradise wouldn't last (they never do) but we assumed more low-level housing would go up, some day.

Late last week, three flower boxes were set up right in the middle. How curious but sweet, I thought, until I noticed the paper posted to one as firmly as Martin Luther's theses on the church door: it called residents to rise up and protest the construction of two luxury apartment towers ca. 110 metres each (!) and one luxury hotel (though who would pay for even a three-star hotel in Alt-Treptow, I don't know). And of course a 350-car underground garage.

Gulp. In a flash I was transformed from interested observer into full-fledged NIMBY. I can't stand the idea of the cranes and the noise and the concrete, of the increase in car and human traffic that skyscrapers in my backyard will mean for our little street. 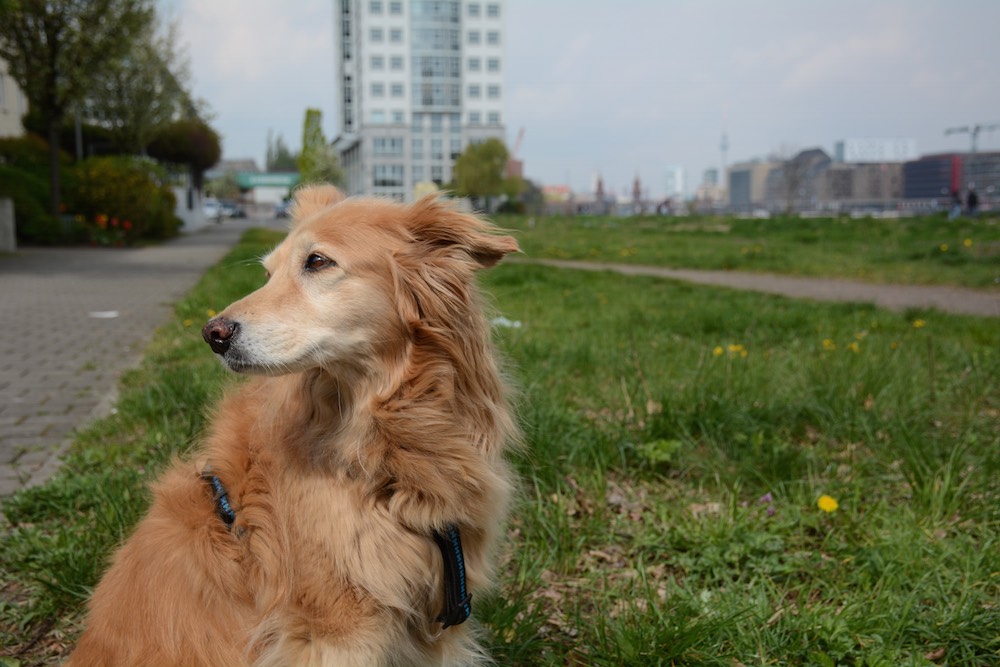 Elsa already looks wistful. David shakes his head and says: "What are you going to do?" The answer, of course, is nothing. Let the protestors protest...but we haven't even got an East Side Gallery to protect.