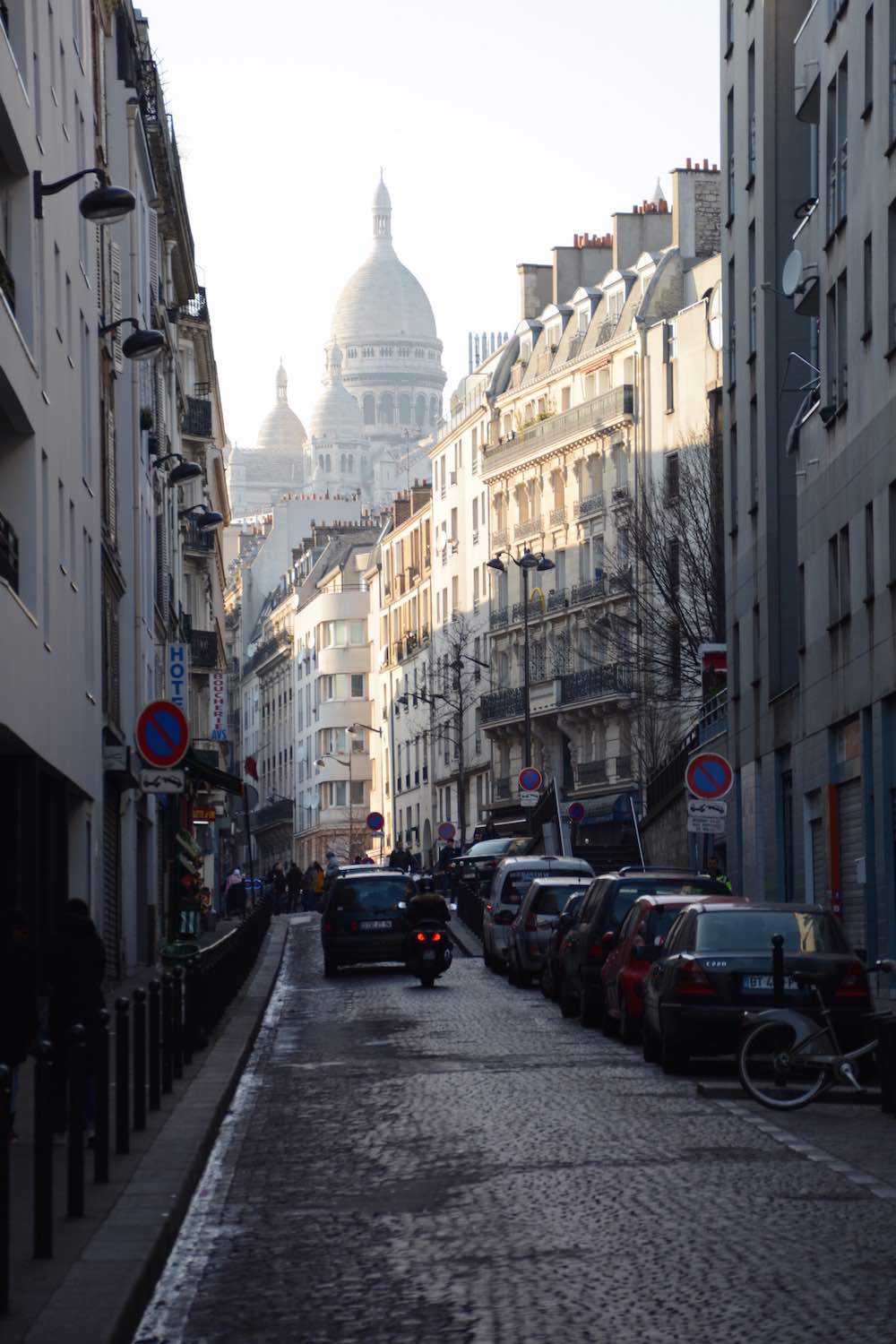 One reads these days about Paris becoming a museum. Or a jewel box (see last week’s post). This may be true for certain arrondissements, but outside the hollowing centre, the story is quite different.

Sunday evening we met our friend Charlie T at his place on the boulevard Pereire in the 17ème. We’d come directly from the cinema at Montparnasse—still, somehow, all very Ernest Hemingway, Anaïs Nin, Henry Miller, etc. We emerged from the métro into a dynamically residential area. It’s attractive without slipping into Disney cliché. Practical too: lots of shops and restaurants, tennis courts and a garden running up the middle of the boulevard. Charlie and his wife Anne (she was away) used to live a block from us, on the rue de Lille, and while I still love this quartier, with my morning walks that provide sights such as this 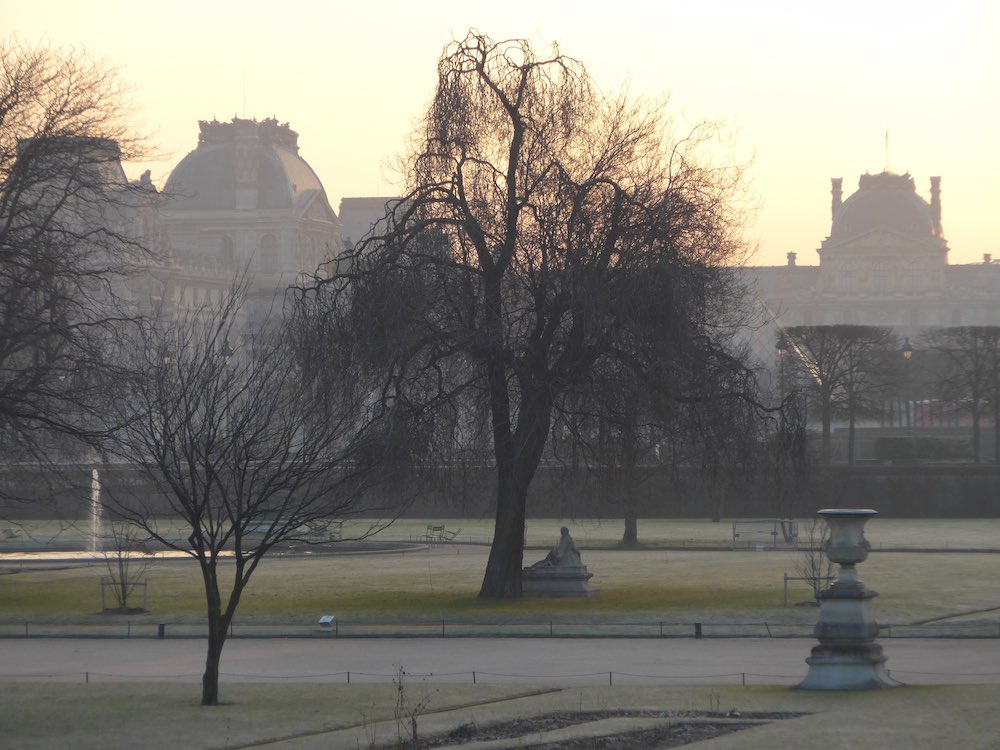 I understand why they are happier in their cheerful, well-equipped neighbourhood.

Then yesterday I went to meet Louise D’s new cat, Miss London (did not tell Elsa but she sniffed my leg very suspiciously when I got home anyway). Here I emerged from the métro Jules-Joffrin at the Mairie of the 18ème, on the non-tourist side of the Sacré Coeur. The area right around the town hall is becoming very bobo, though its earlier sub-Saharan African and Maghreb influences are still felt.

Our ultimate goal was an Indian lunch on the rue de Cail, just north of the Gare de l’Est and Gare du Nord, so after a chat with the very lovely cat, we set off on foot, through low, powdery sunlight. We walked along the avenue de Barbès, where the shops and pedestrians are mostly black African. Just north of the metro line, we turned left on the rue de la Goutte d’Or, the street that gives this neighbourhood its name. Suddenly, we could have been in Rabat or Algiers. The Barbès market, reputedly the cheapest in town, was in full swing under the elevated metro line 2. By the time we got to the La Chapelle station, however, we’d arrived in India (Sri Linka, to be precise) and a delicious meal at Coffee Anjapper, 22 rue du Cail (almost all the restaurants on the rue de Cail are good). Afterwards I stocked up on supplies from of one the cash and carries I frequent.

Then I retraced our steps in the hopes of taking some photos. But that’s not easy to do in La Goutte d’Or. People are suspicious of cameras; the police are making identity checks. But here’s an idea: 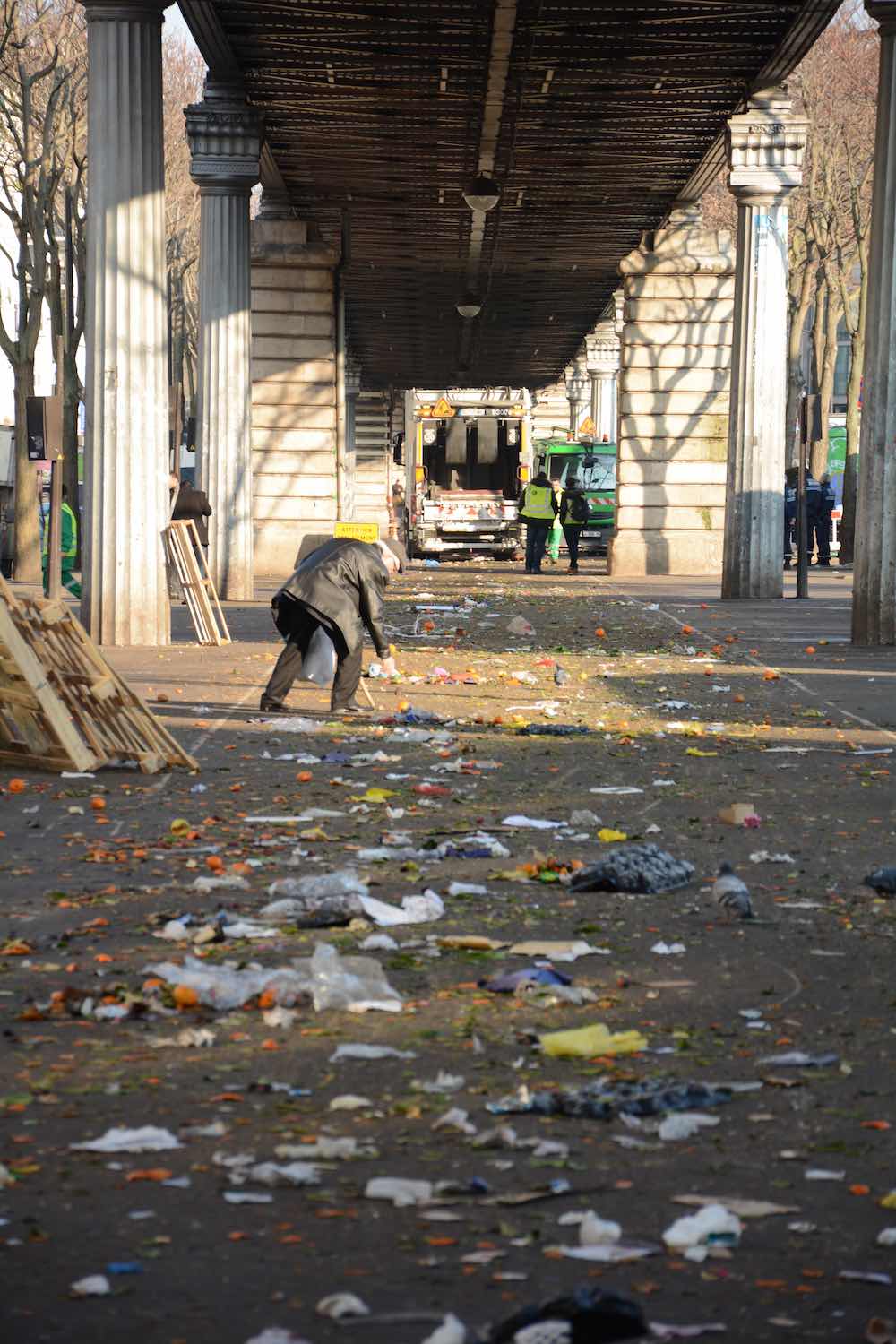 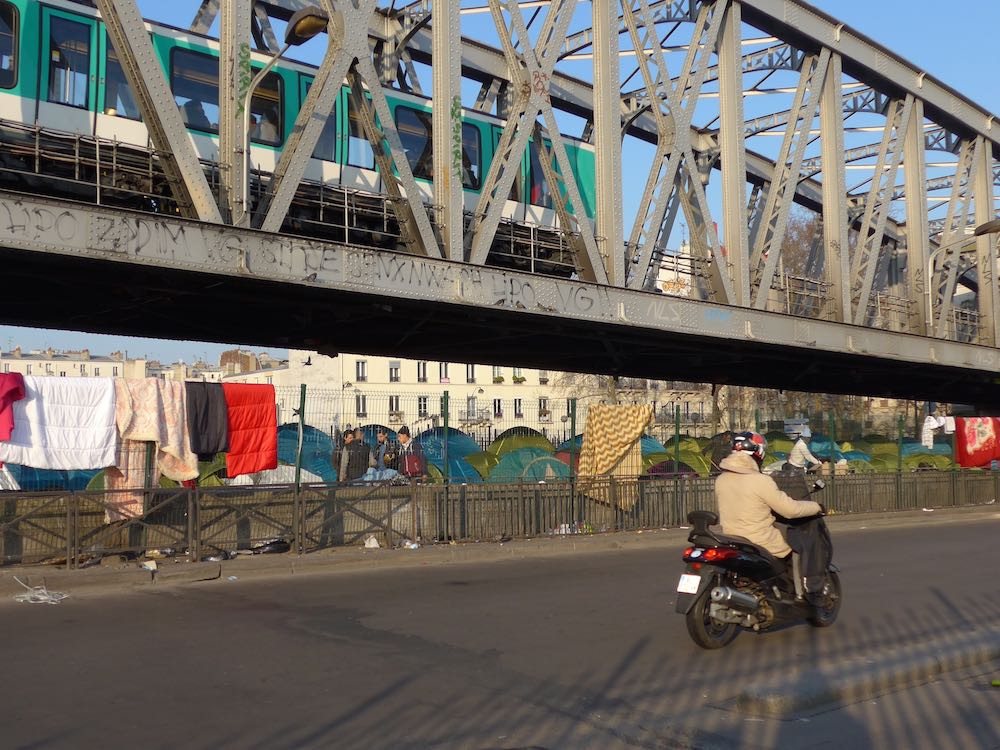 tents of the homeless, under line 2, boulevard de la Chapelle

I took the métro home, a jumble of conflicting thoughts. On the one hand, this area is so vibrant, such burbling proof that not all of Paris is a display case. On the other, there is lots of poverty; a lot of people (mostly men) were mingling idly on the street; children and parents were pouring out of a centre for Arabic and Islamic studies. One feels a rumbling discontent. The idea of intégration à la française, where everyone learns to respect the values of the secular Repbulic through the education system, seems a pipe dream, at best.

When I got off the métro at Assemblée Nationale, the nation did not appear particularly assembled.