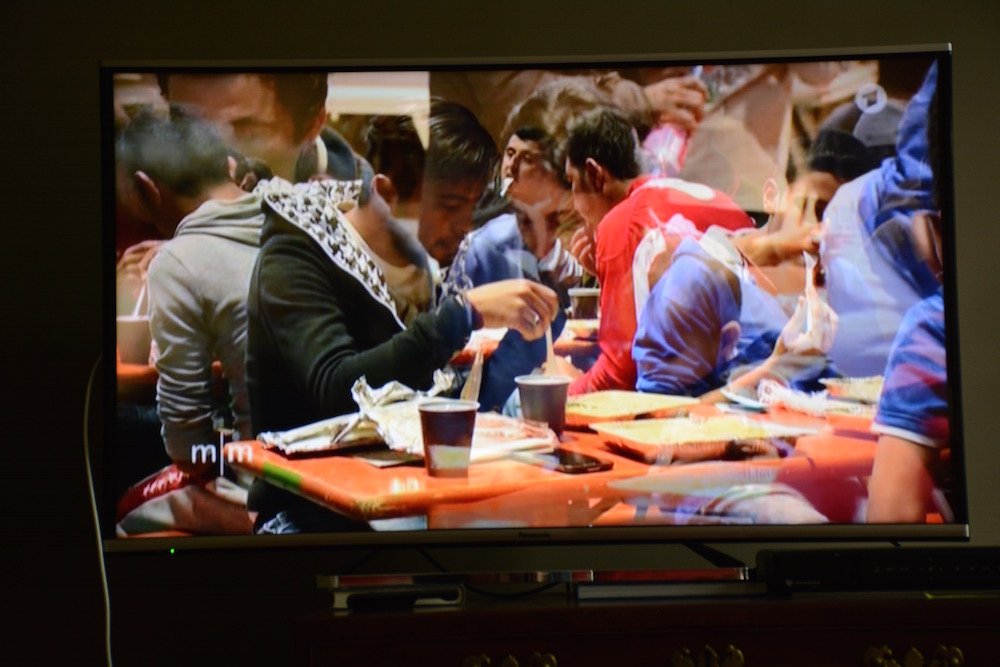 Being uncomfortable with both the very public and the very private, I have tried in this blog to navigate a middle course. But two public and private things have so dominated the last couple weeks, writing about anything else today—bottles, teepees, Grillparty— would be dancing around the heart of the matter.

The first public and oh, so politically charged subject is the refugee crisis. It's ubiquitous, here in Germany. As I walk Elsa in the morning, headphones tuned into Deutschlandfunk to improve my German, every news report is dominated by die Flüchtlinge. Ditto on the evening television news and subsequent prime-time specials. In the course of the last month, the only other issue that has managed to gain any significant media traction is the Volkswagen scandal. 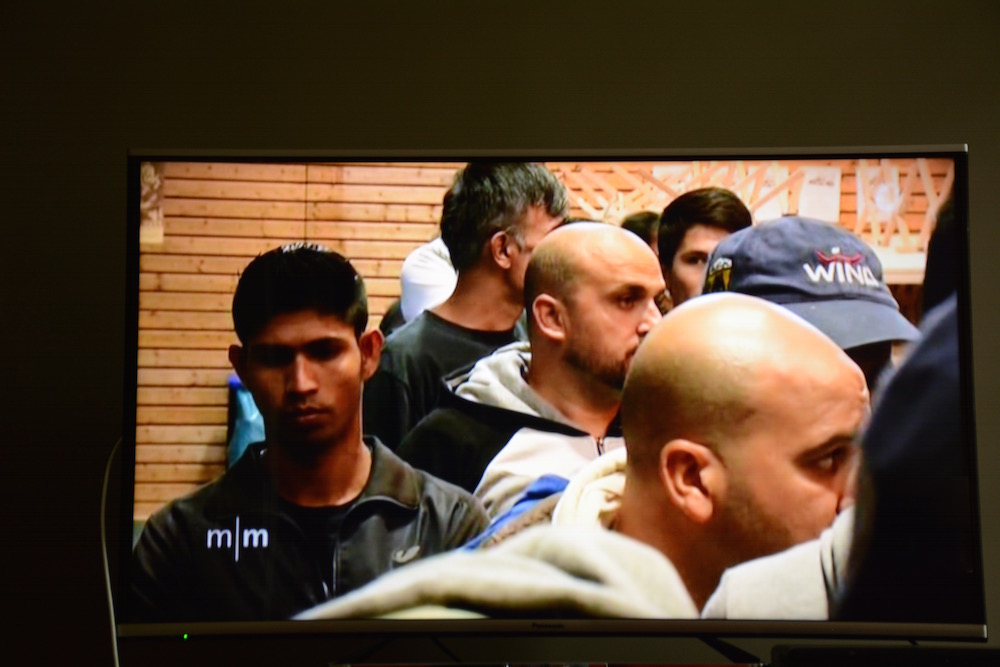 On one level, so much coverage is unsurprising, given that Germany is the desired destination, along with Sweden, for most refugees. This is partly due to its strong economy but it's also because Angela Merkel is the only world political leader to have taken an unequivocal moral stance, to have reminded an otherwise quarrelling, caustic, narrow-minded Europe of what is at stake: “If Europe fails on the question of refugees, it won’t be the Europe we wished for.” 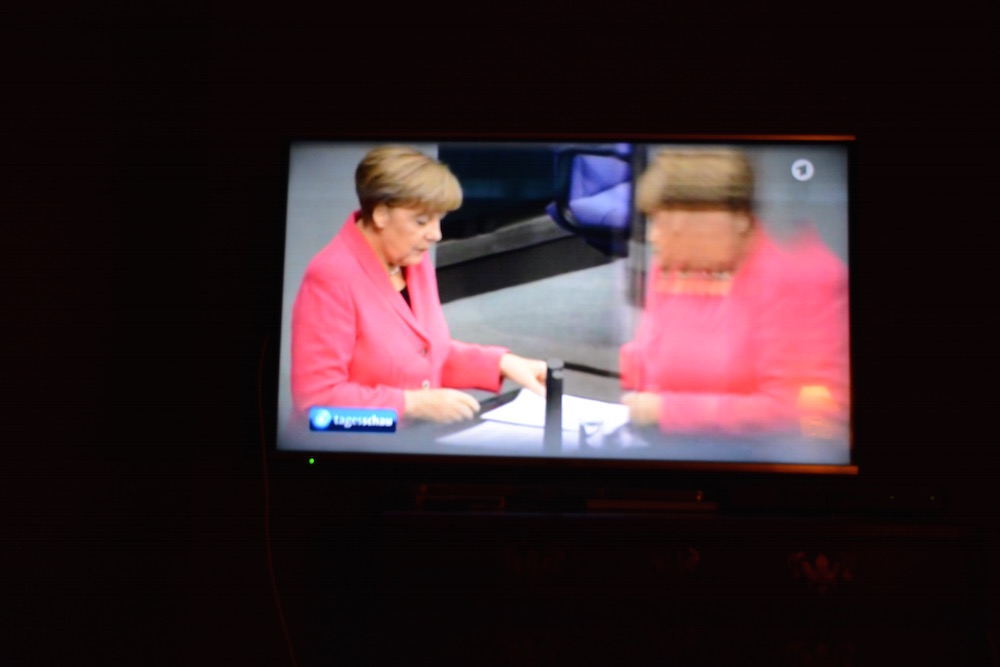 The reporting is also noteworthy for its breadth and lack of polemic. Themes include where refugees are going, how much it costs. 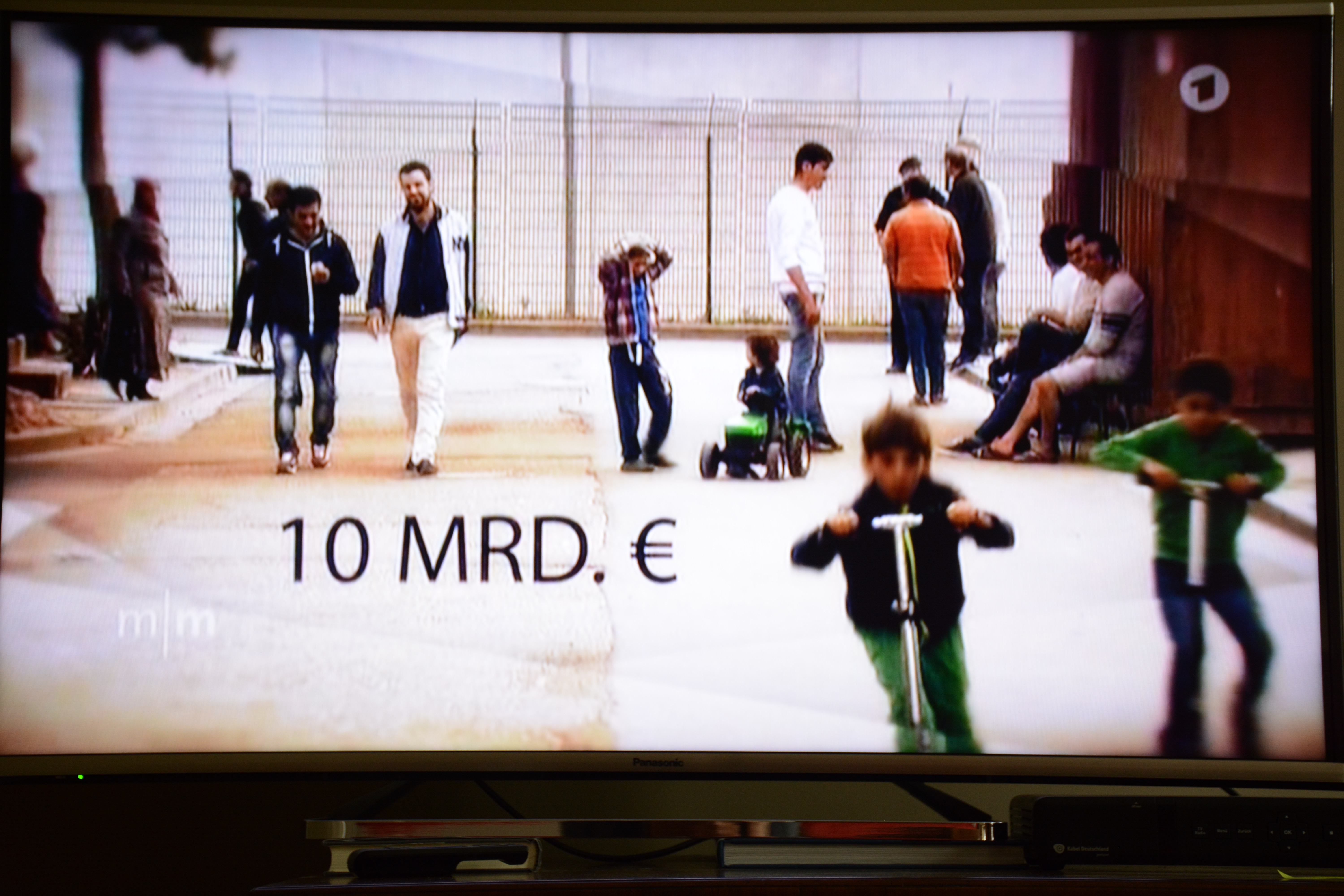 How to integrate them as quickly as possible, with German lessons topping the list. 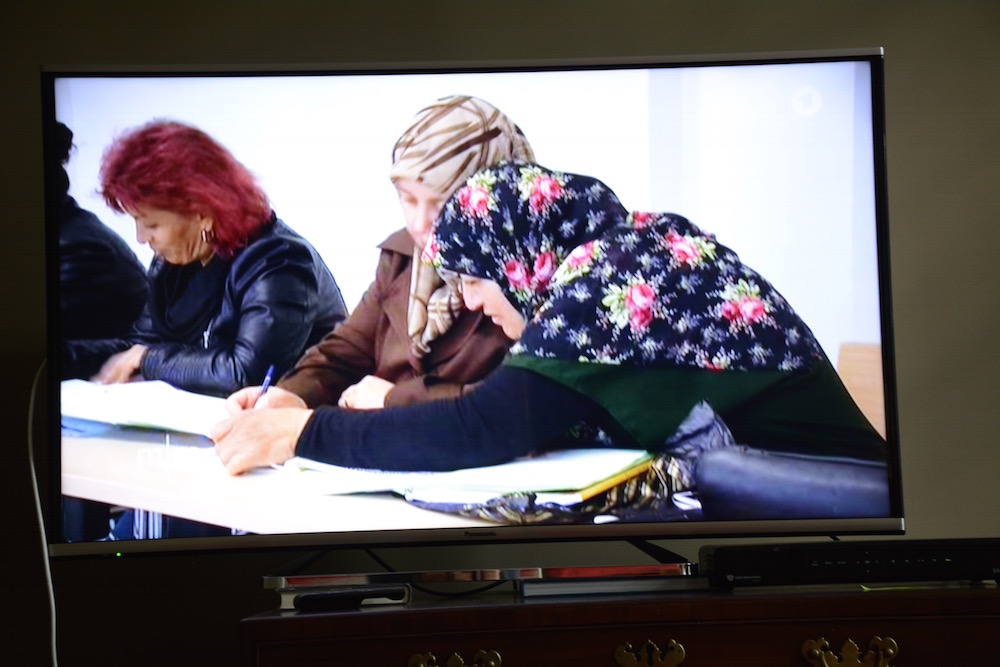 The aging German economy and its need for workers is cited. They show many individuals who are welcoming and have offered to help. 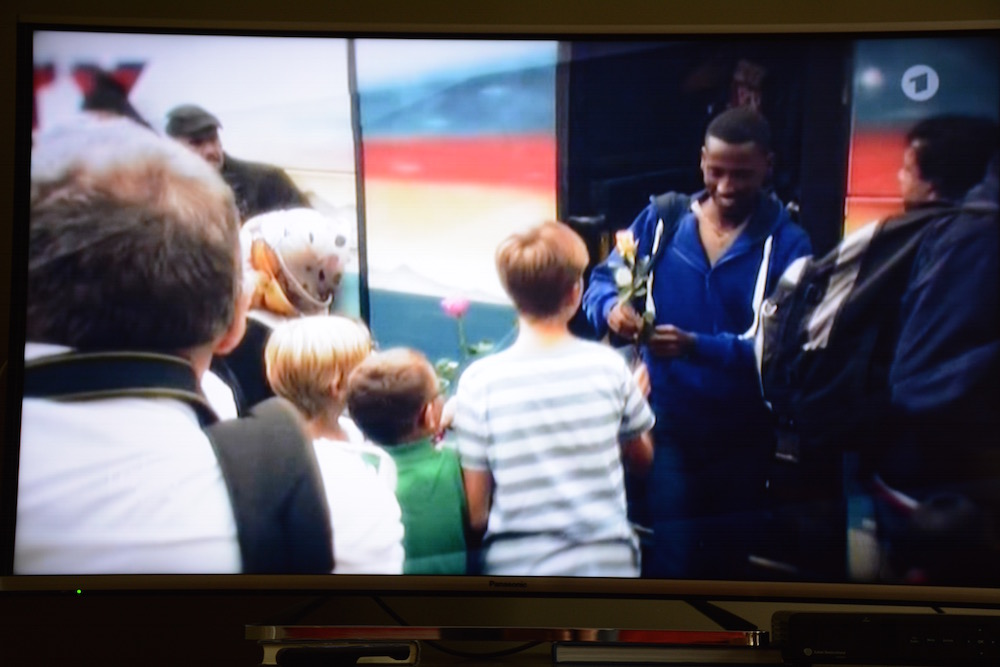 But they don't shy from the disagreements about money. About how many people the country can actually manage, practically and sociologically. Or the ugly side of neo-Nazis and Pegida protests against the influx 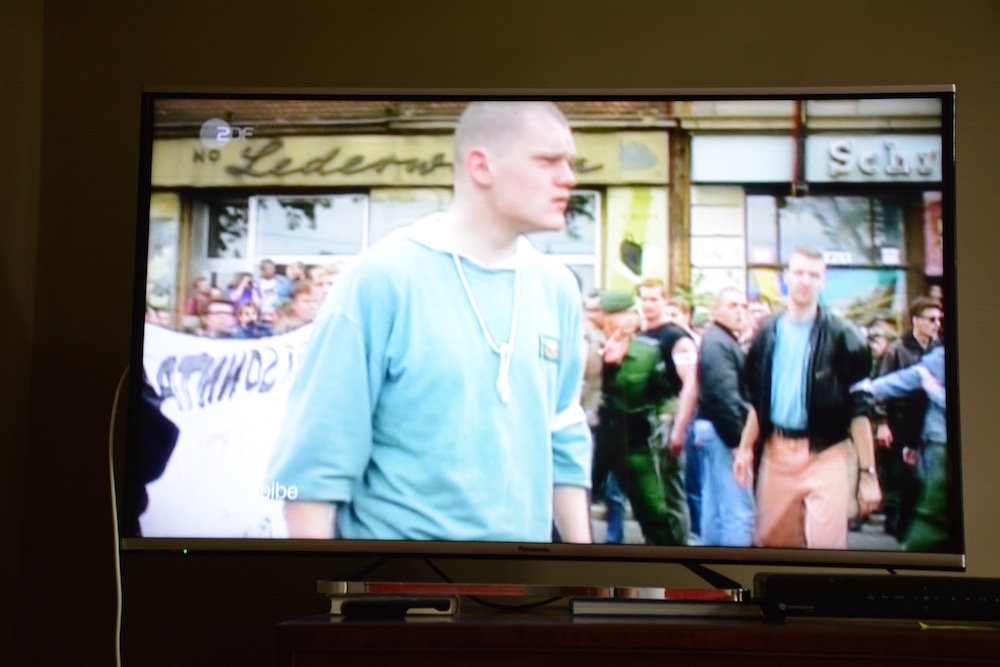 with reminders of the country’s Nazi past. 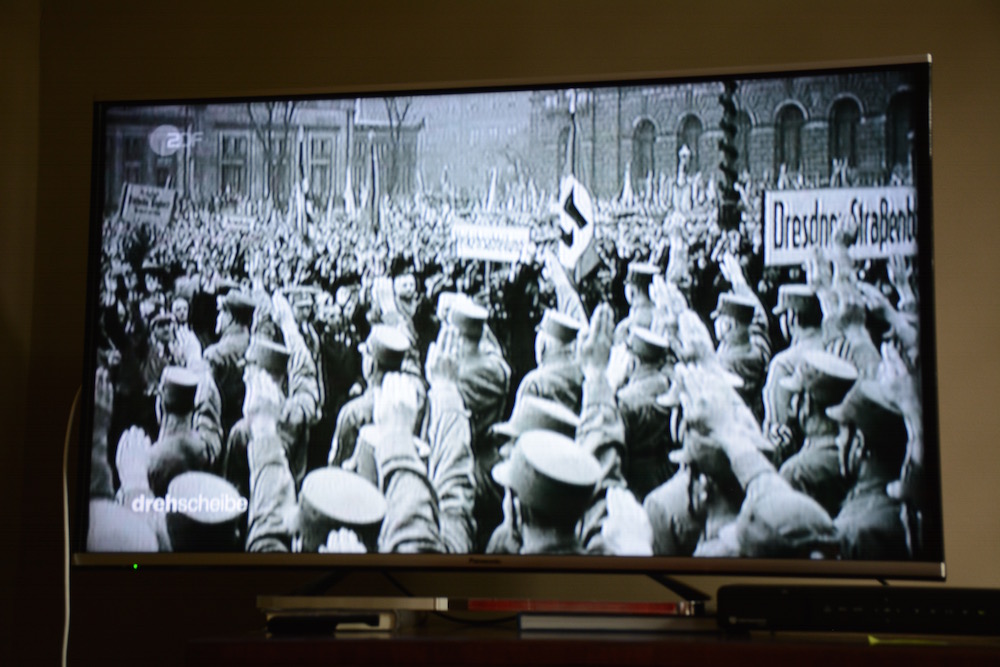 It seems that the media, along with government (the German Länder, or states, have just voted a common plan) and most of the population, are part of a national effort to confront and tackle the problem.

Yesterday, frustrated and somewhat ashamed by having witnessed it all from the comfort of my sofa, I rode my bike to the Landesamt für Gesundheit und Soziales (the State Office for Health and Social Affairs) in Moabit. 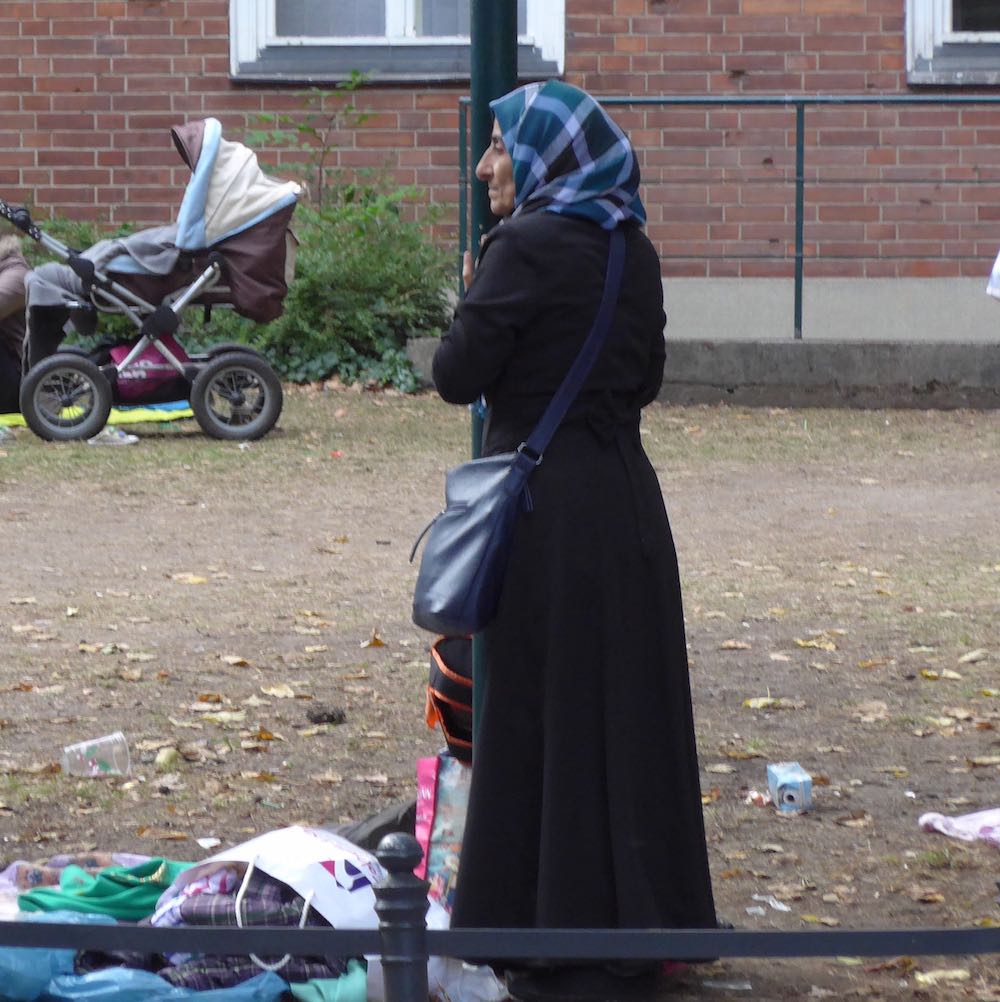 The garden area in the middle of this cluster of administrative buildings has been transformed into a refugee encampment and registration area. 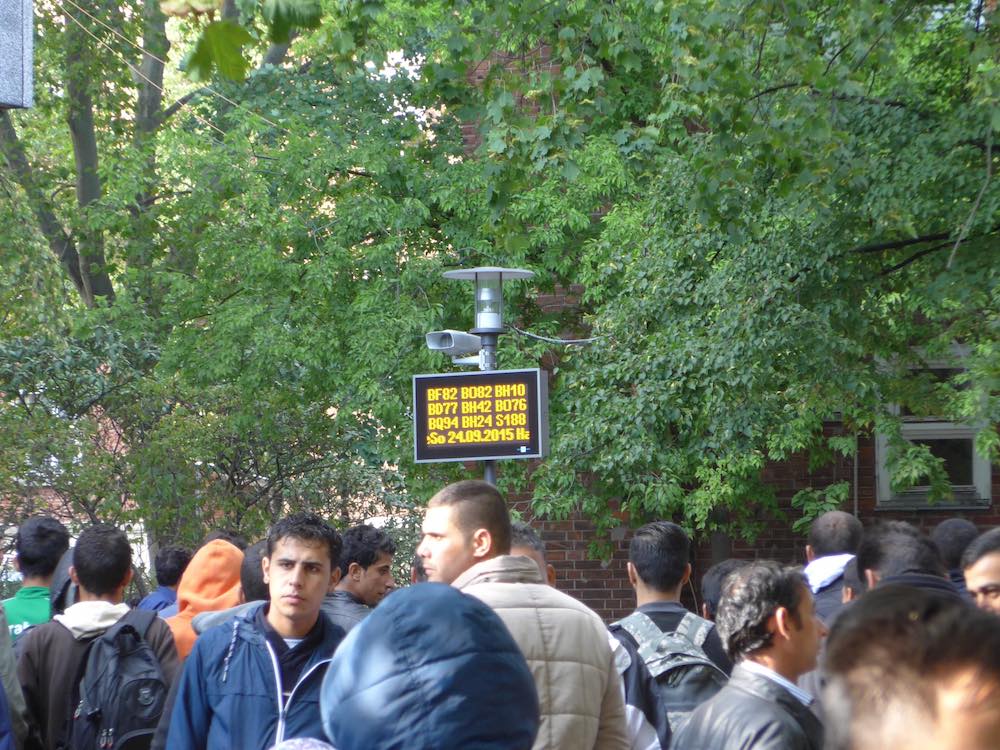 Hundreds of people sit on blankets or cardboard under trees or in large white tents, their belongings, rarely more than a few plastic bags, scattered around them. Others mill about, or consult smartphones. Some just stare blankly into space. Children scamper, play football. Food is offered in one of the tents. 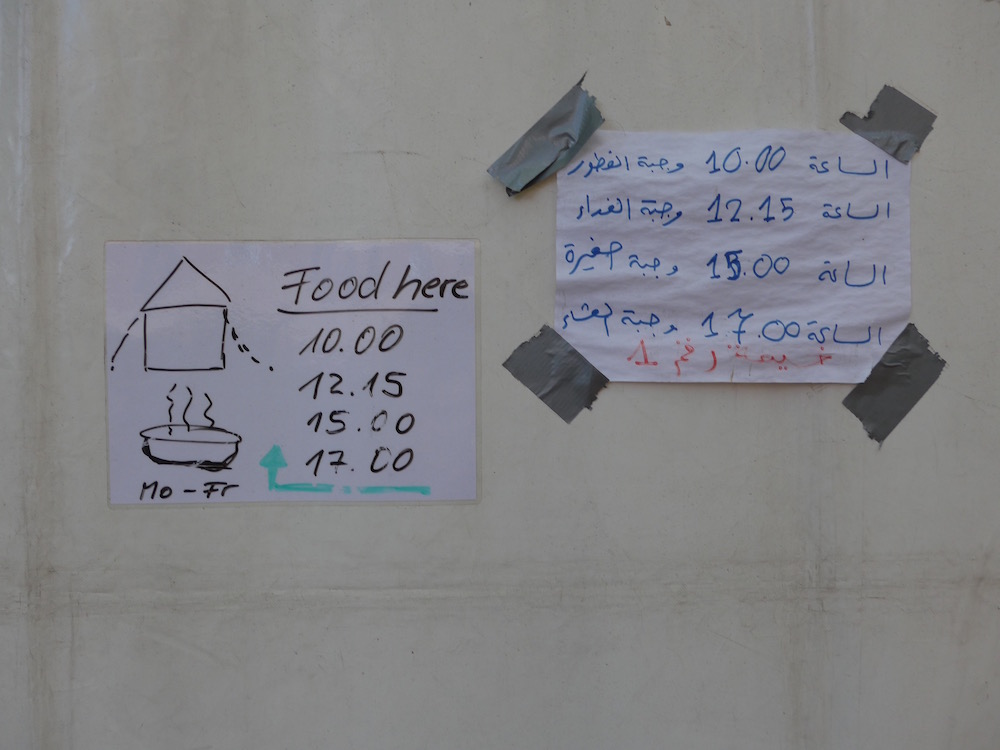 I kept telling myself that these are the lucky ones, the ones who have made it to Germany’s capital, but they're tired, uncertain, homeless people, and the atmosphere, even on this beautiful autumn day, was unsettling, to say the least. What happens when the temperature drops, when it pours? When more people come?

You can criticize the slowness to react, the failure to see the crisis coming, the West's role in creating the problem in the first place. But the refugees are here and unlikely to stop coming any time soon. The Germans at least are trying to face that reality and face it with humanity, an approach that stands in stark contrast to the elusive or downright nationalistic reactions of their European partners, and to the blustering, dithering chaos emanating from the EU.

It's a subject that C.K. Williams would have tackled fiercely, but he died last Sunday, the 20th September. You can read about his great poetry, his moral cris de coeur, in the many obituaries that have appeared over the last week (for example: http://www.nytimes.com/2015/09/21/books/c-k-williams-poet-who-tackled-moral-issues-dies-at-78.html?_r=0). But he was also an unusually wonderful human being, who translated the moral message of his poetry into his everyday, real life. 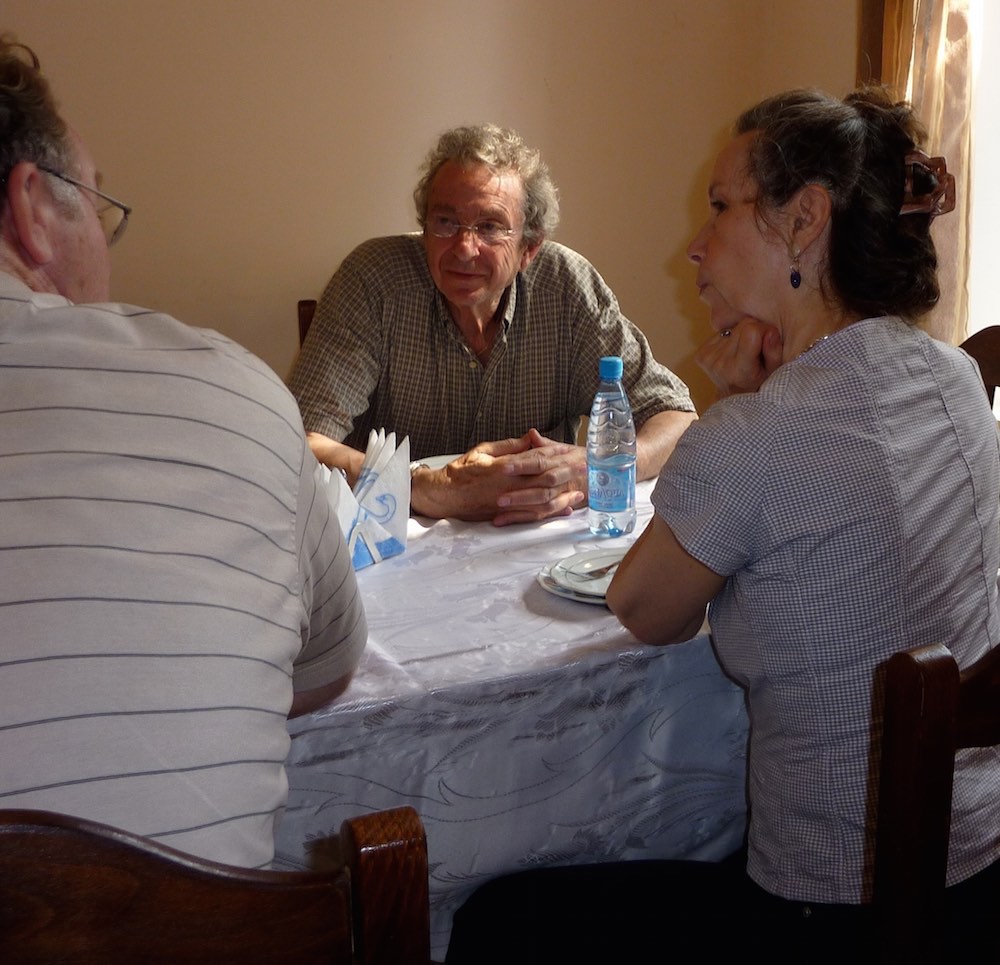 We only met Charlie and Catherine about 12 years ago, when they moved in around the corner from us in Normandy, but we became fast friends. He (and Catherine, what a pair) was that kind of person: immediately engaging, incredibly generous. So, for example, though constantly solicited by needy writers, he took the time to read my novel, not just once (“I should warn you that I’ll be honest”), but twice, so that he could write an eloquent blurb for the back cover. And I don't have enough fingers to count the number of Charlie and Catherine’s friends and family who are now friends of ours.

Friends of all ages, because he stayed so young in mind and spirit, so vital and vibrant, not to mention just plain fun. Age 78 seemed far too soon for him to go. The world certainly seems a duller place without him.

What I'm trying to say, he of course said better, in a recent tribute to fellow poet Galway Kinnell published in The New Yorker: “About the death of any friend one feels sadness; with some, though, that sadness is tempered by gratitude, by a feeling of privilege to have been able to live in the world at the same time as the one who’s gone.”

Gratitude and privilege indeed but the sadness is great. 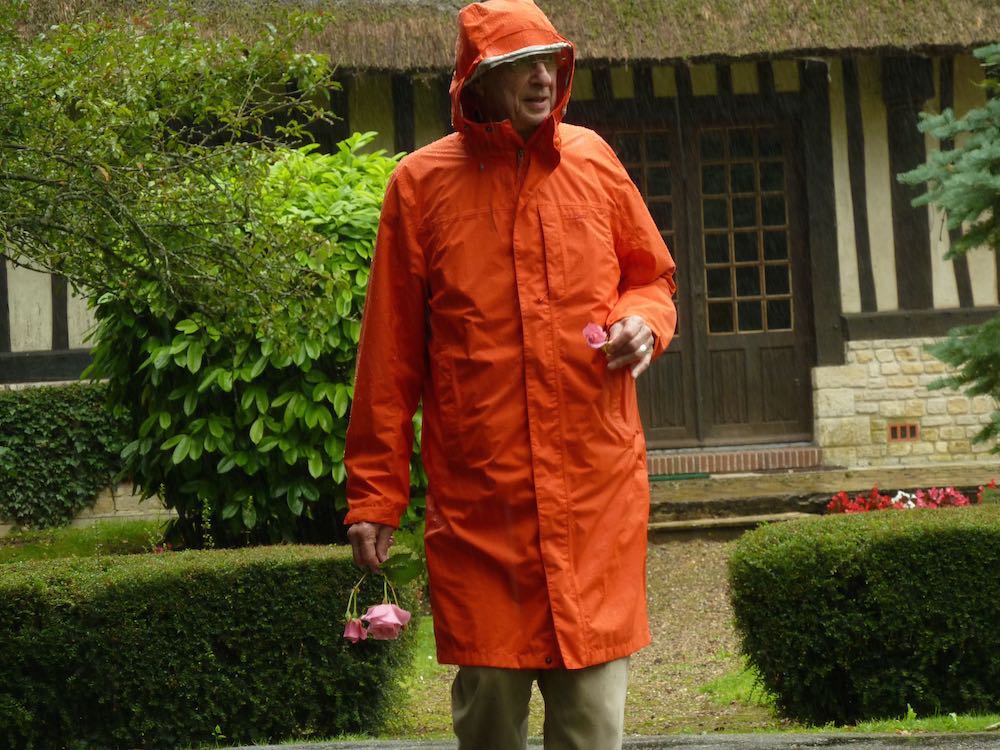 Watch this video https://www.ted.com/talks?q=C.K.+Williams&sort=newest
Besides hearing his unforgettable voice, you can get a clearer picture of how the man and the poet came so exquisitely together.