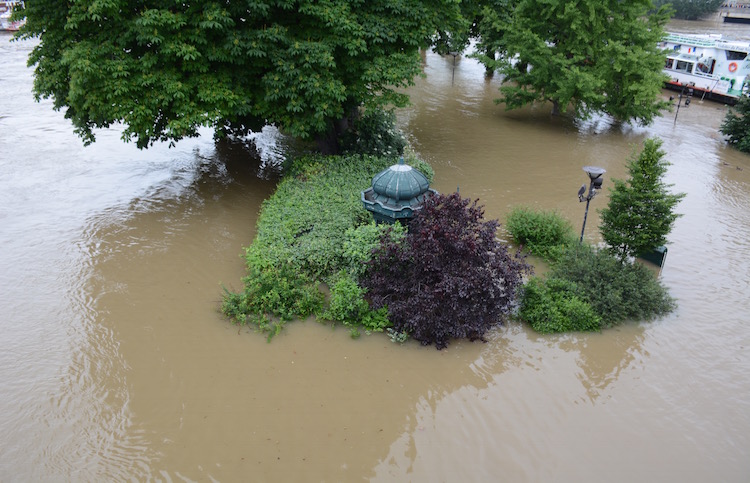 On Wednesday, working as usual in my office, an air raid siren began to wail. I looked at my watch and sure enough it was 12.00 on the dot. Because it was also the first Wednesday of the month, I was not distressed by the very loud, long noise and went back to work. The sirens that go off all over France at this designated time have been doing so since the Second World War, when they were indeed installed to alert the population to a possible air raid. The procedure is now called the ‘national alert signal’ and is tested once a month, in case of a real emergency—anything from bombs to a factory explosion to a natural disaster.

For a long time, I found the monthly rise and fall of the sirens almost comforting. I liked the regularity of it, the chance to check my watch against the official time. I could summon exciting, romantic images in my head of Paris occupied, of Résistants lurking in dark doorways. And generally I was reminded that we were lucky to be living in a safer era. For some reason (in Berlin, maybe), I had not heard the sirens in a long time. This Wednesday the caterwauling may not have sent me into a panic but neither was it reassuring.

As anyone who pays even scant attention to the news surely knows, France is a mess. Both unions and students are protesting, ostensibly against an unpopular new employment law but really out of general rage at the state of the country. Though the hard-line CGT union only accounts for 3-4% of the workforce, its members have taken the country hostage: train and plane services have been interrupted; refineries and roads have been blocked; fuel has been scarce and nuclear power stations have been closed; in those that have remained open, union workers have been causing electricity cuts.

This past week, having had occasion to walk more than usual, I was struck by what a mess pretty Paris is too. The place is being dug up or propped up at every corner. 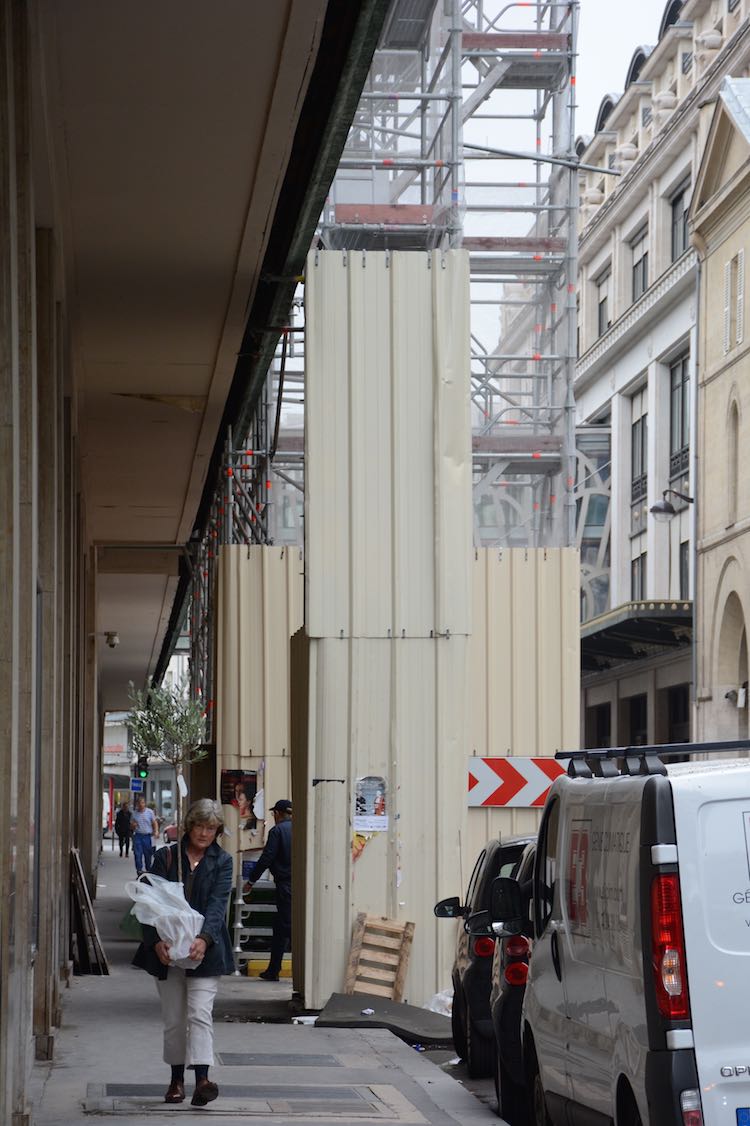 You can hardly walk two steps in the city without confronting the green and grey construction barriers. 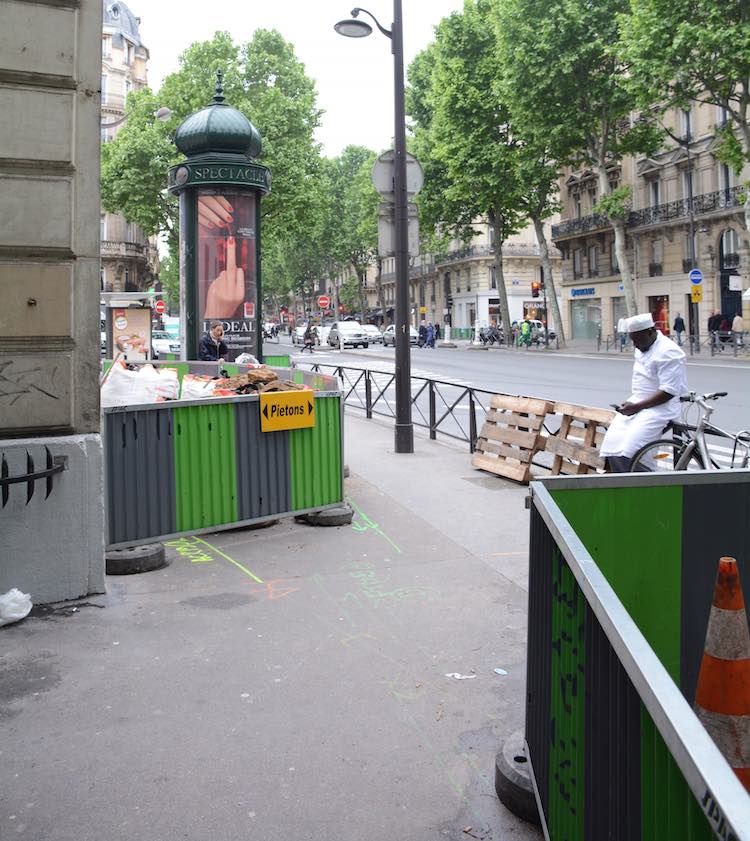 Meanwhile, the threat of another terrorist attack lingers in the air, is brought to mind at the entrances to stores and public buildings. 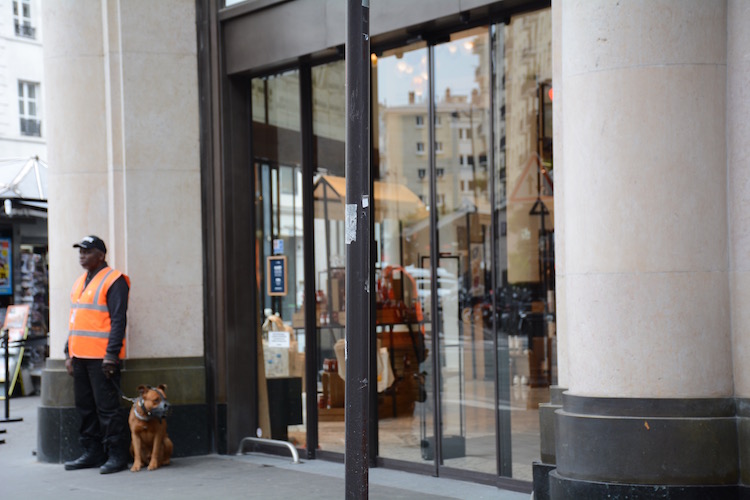 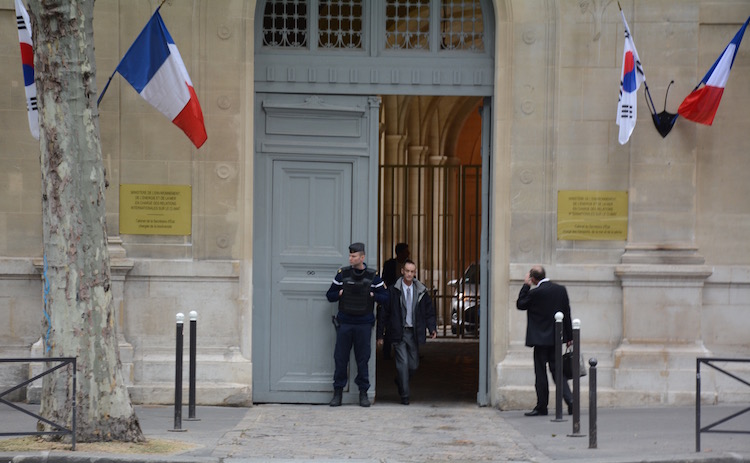 Ministry of the Environment

There are homeless people and beggars everywhere. 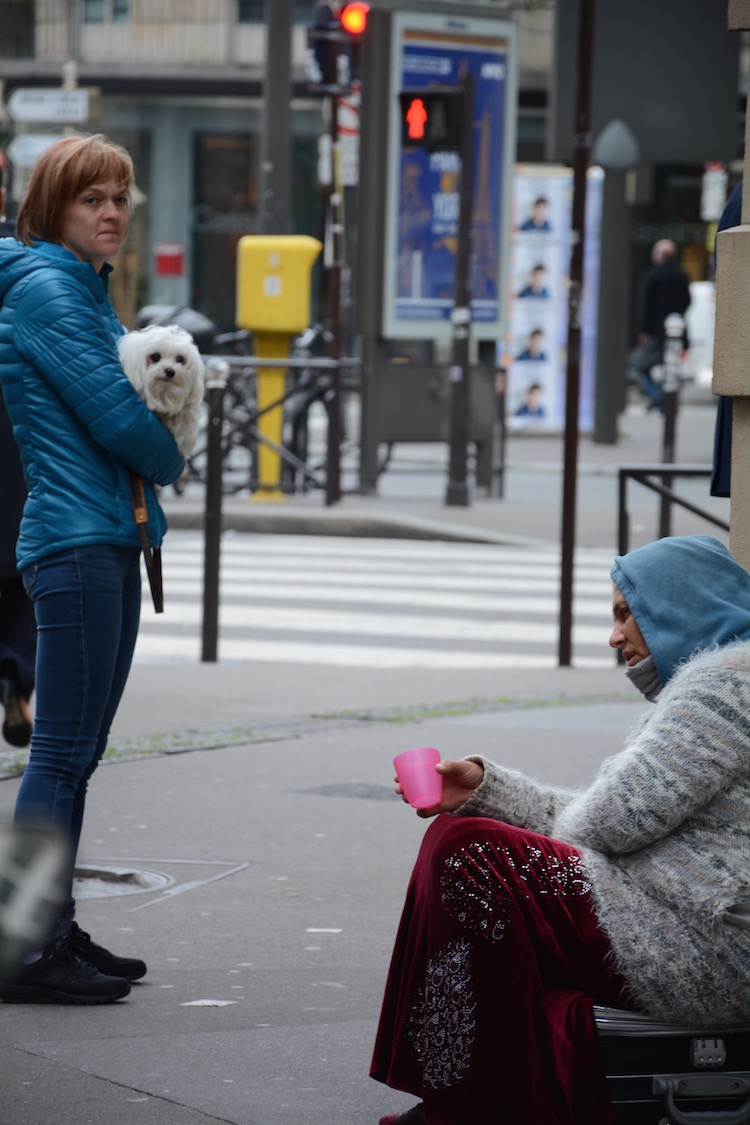 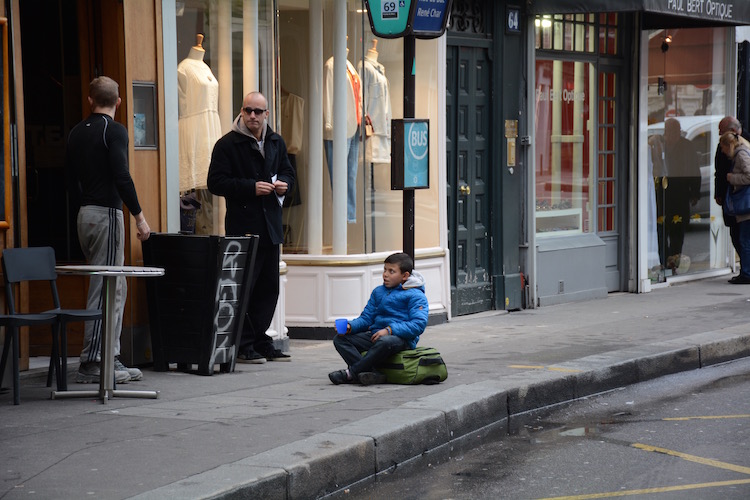 Now the Seine is getting in on the act. After days last week of relentless rain, its waters have risen more than 6 metres (20 feet), their highest level in 30 years. It is hard to repress a certain sense of Schadenfreude, however, as nature glibly upstages the unions and grabs the public's attention. 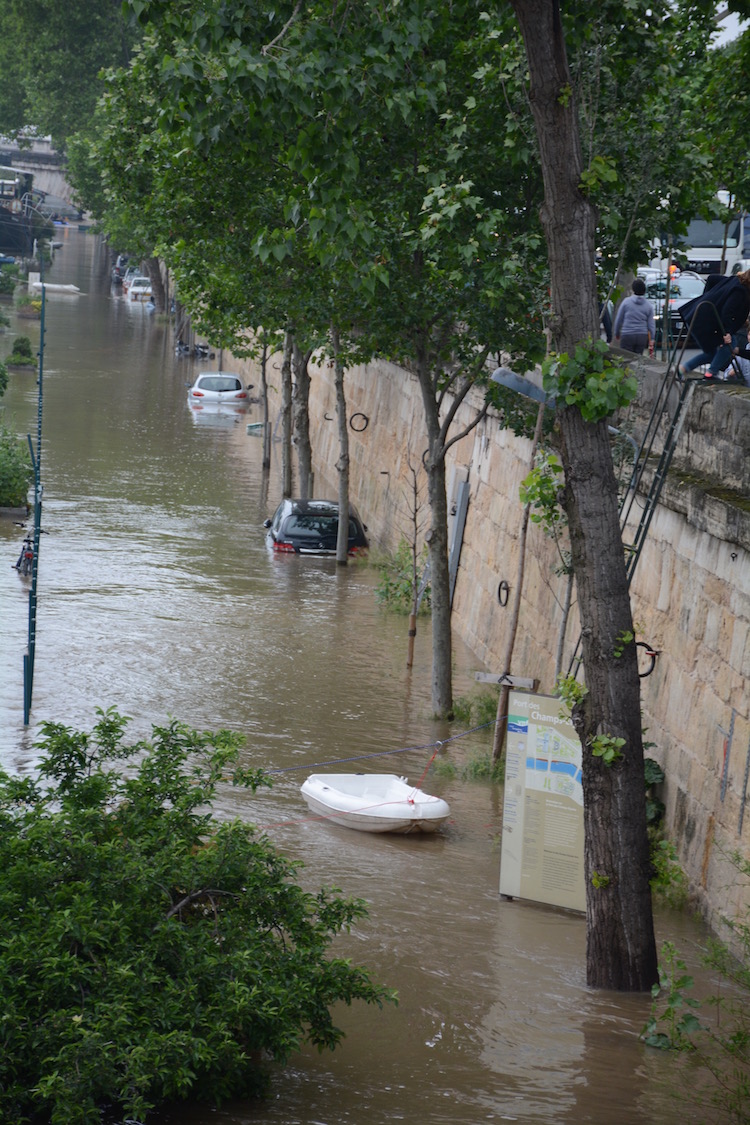 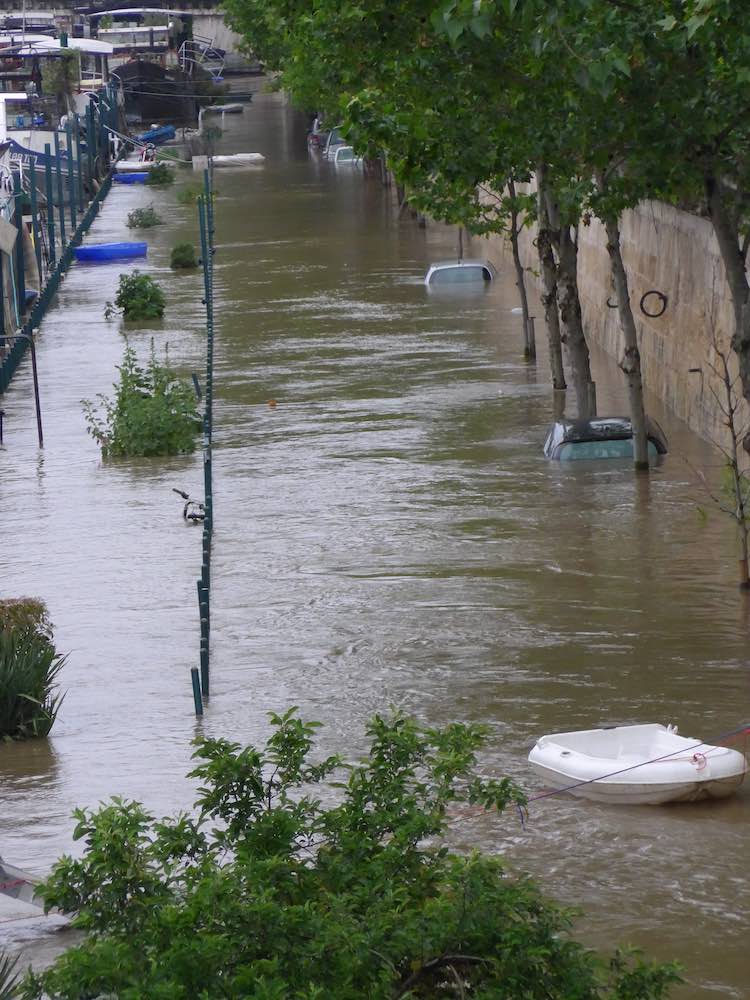 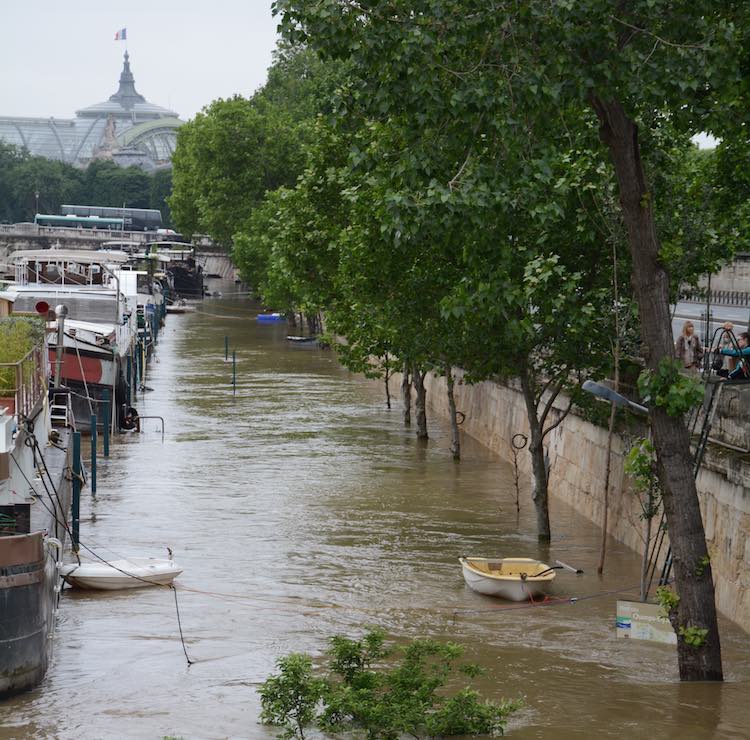 The angry river has added to the sense of living under siege. Traffic jams—already bad with the crippled public transport—have been monstrous, as vehicles from the express lanes along the river have been forced into the gnarled streets above. Train and métro services have been further disrupted. The Louvre and the Musée d’Orsay have been closed so that their cellars can be emptied of artwork, an act reminiscent of the removal of art from museums in the lead–up to the German occupation. None of this, however, has seemed to bother the tourists. They are too busy thronging to the Seine and snapping photos by the million from the bridges and along the bloated banks. 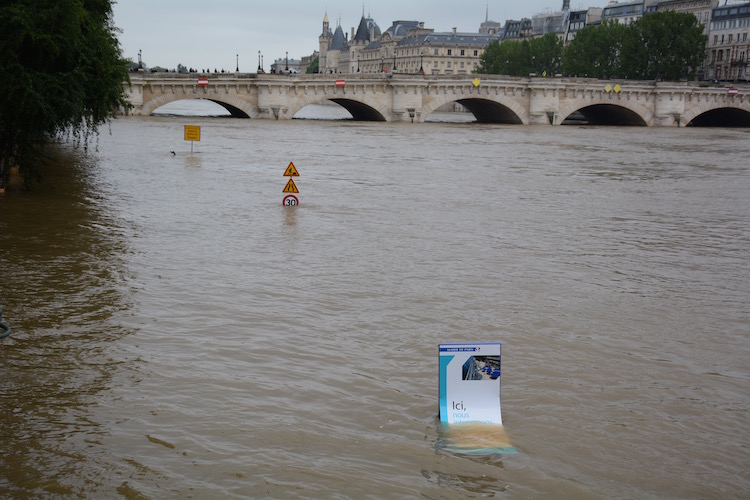 With all this turbulence, there have been a lot of vehicle sirens of late. Today, however, they have intensified, interrupting my concentration every five to 10 minutes. Some must still be heading to emergencies related to the floods. Maybe others are being called to contain more angry protestors. The CGT has flatly refused to call a truce, even for the duration of the flood (and certainly not when the Euro football finals tournament begins all over France a week from today).

But many of the sirens today, the internet tells me, are wailing for another reason. The French government is holding, of all things, an Israeli-Palestinian peace conference. Therefore many high-level diplomats, including US Secretary of State John Kerry and EU foreign policy chief Frederica Mogherini, need to be loudly escorted around town. Security forces are no doubt on full alert, too, even if not a single Israeli or Palestinian official is in attendance.

With chaos raging all around it, the Hollande government has chosen to dive into the waters of the most intractable conflict on the planet? 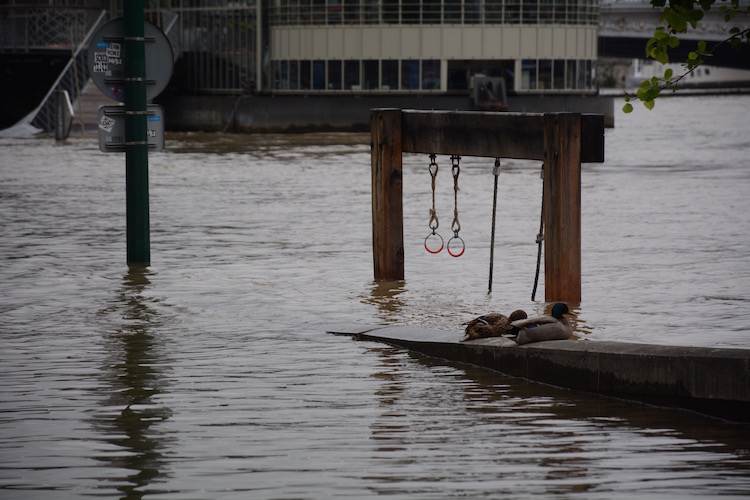 Reason indeed to sound the alarm.