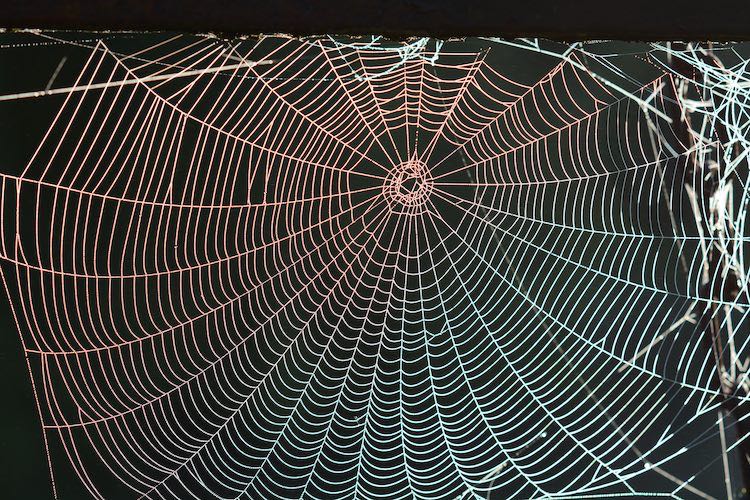 Late August, spider season begins in Normandy. It means that armies of arachnids scurry on all eight of their legs into your house in search of a sheltered spot to mate and make nests. Which also means you can sweep or vacuum to your heart’s content and the webs will be back again tomorrow. 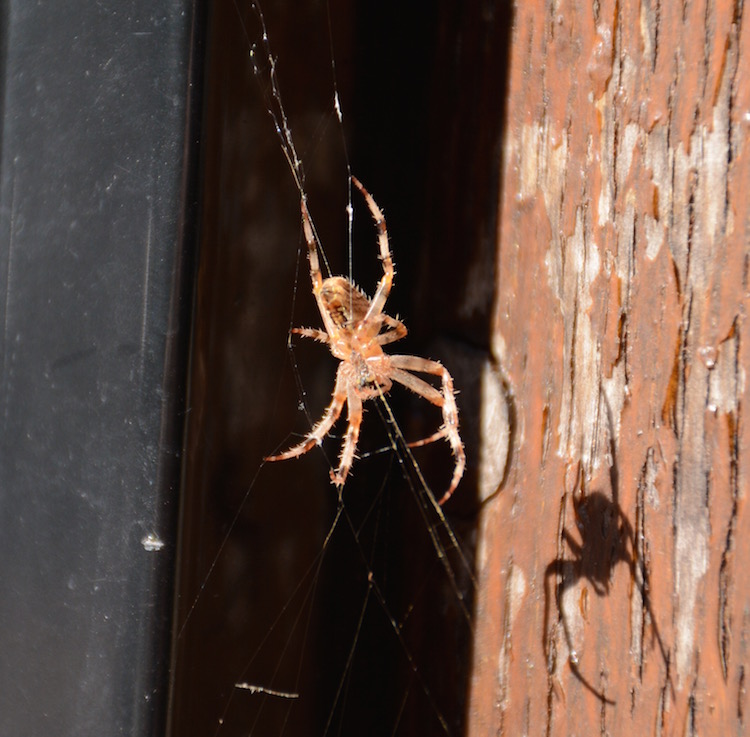 So it was an odd or fitting time, depending on how you look at it, to be moving out of our mill along the Eure River. To be cleaning and packing up our nest while wantonly destroying legions of insect homes. Not to mention being personally responsible for the death of hundreds of real and millions of potential spiders. 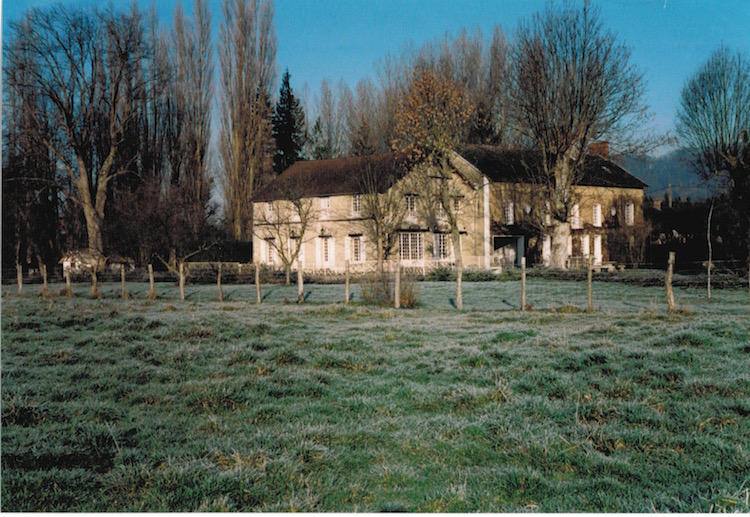 David bought the house 25 years ago and I have known it for the 23 we have been together. Our children, who spent every weekend and many summer holidays there, think of it as a beloved home too. Who wouldn't? It's a magical spot.* 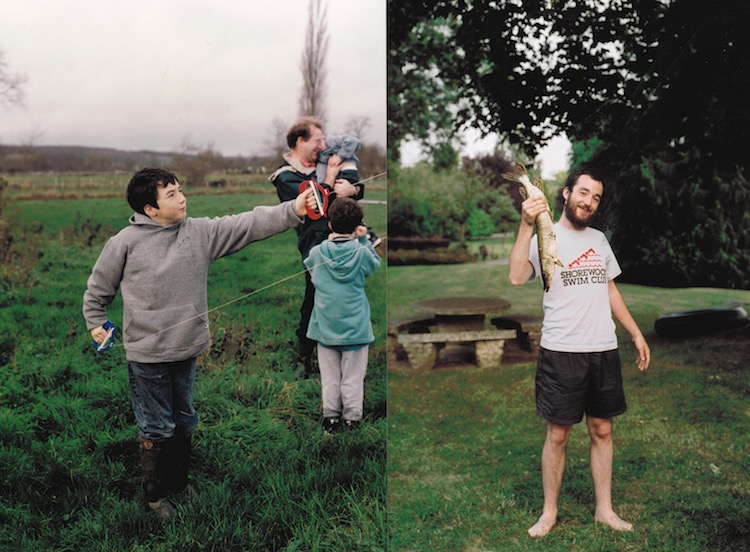 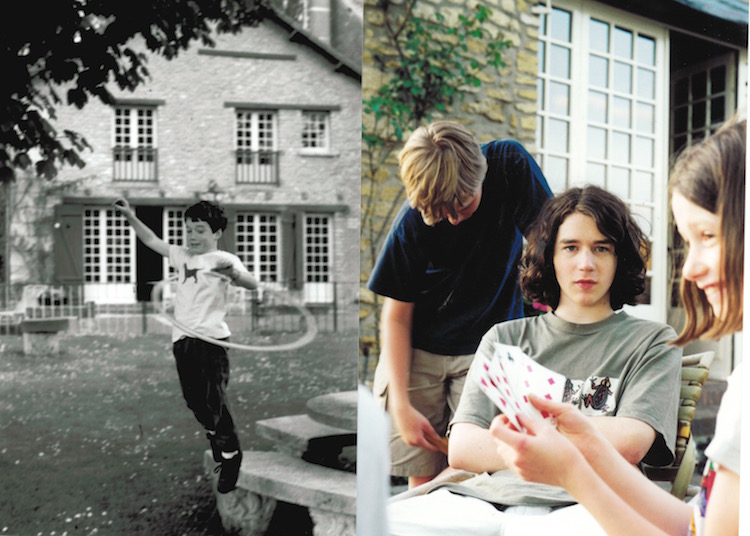 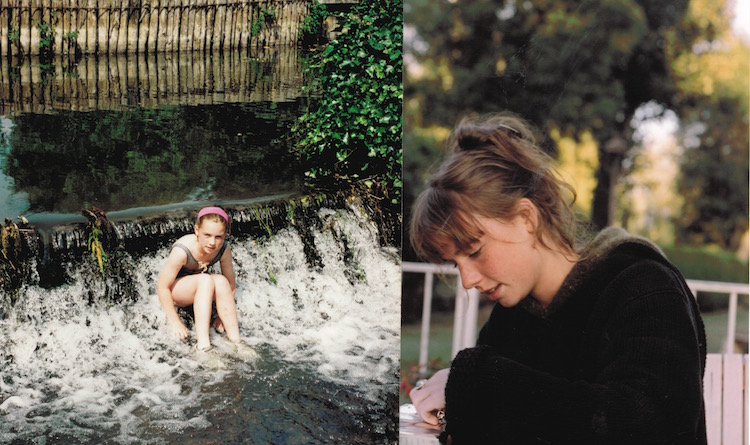 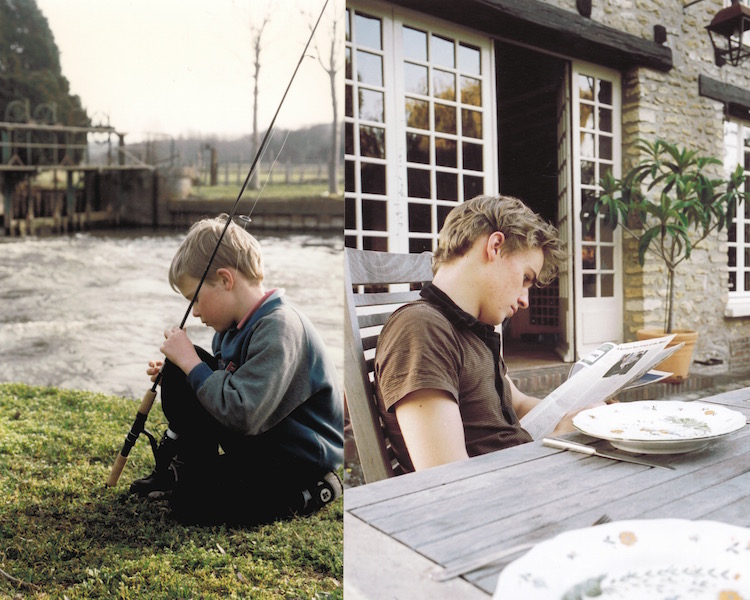 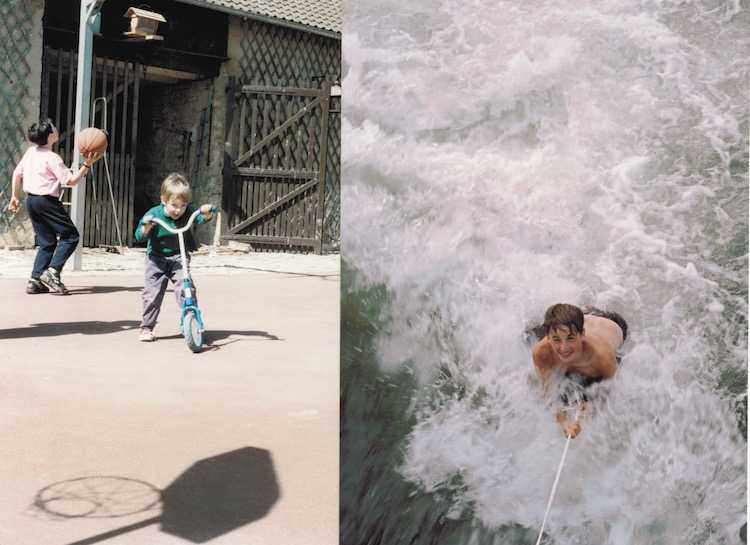 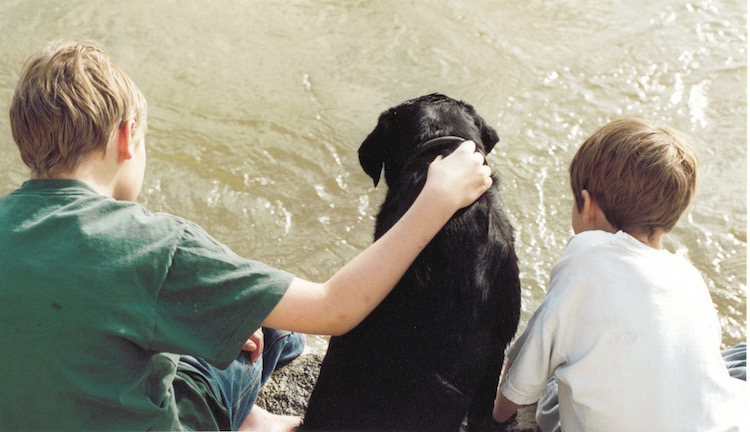 Lily, with Christopher and William, in a Siddhartha moment 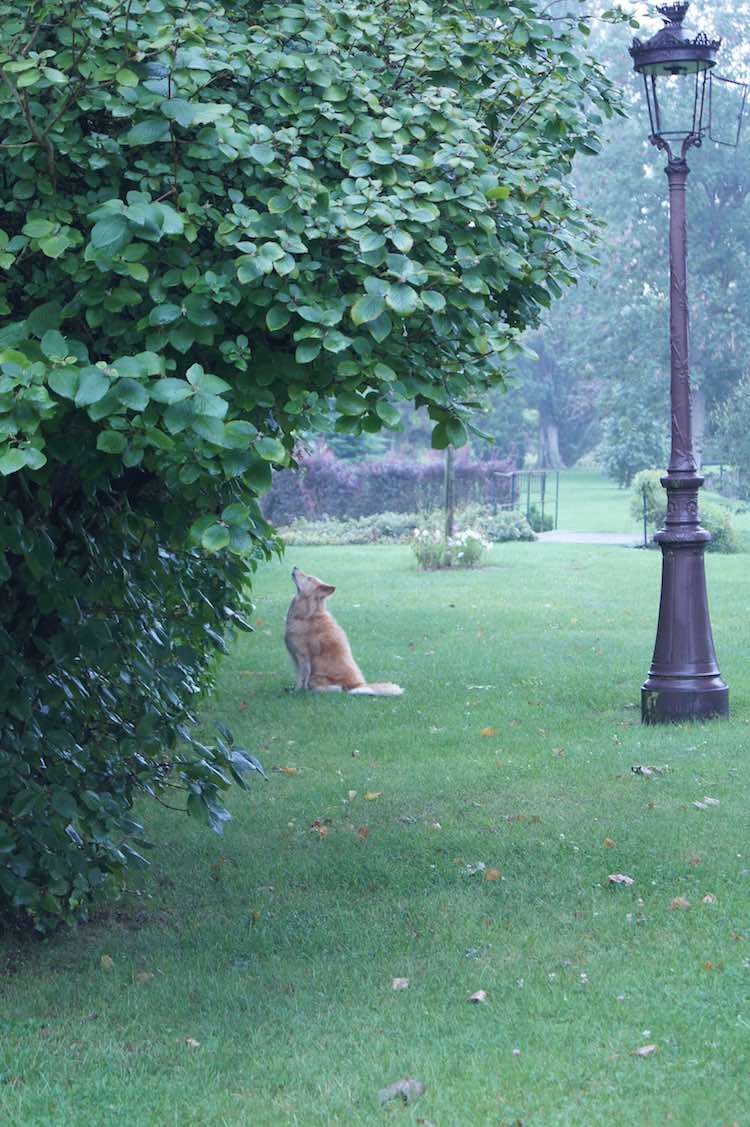 Elsa, barking up the tree after a long-gone squirrel

The property straddles the Eure, with the house on one side and fields on the other... 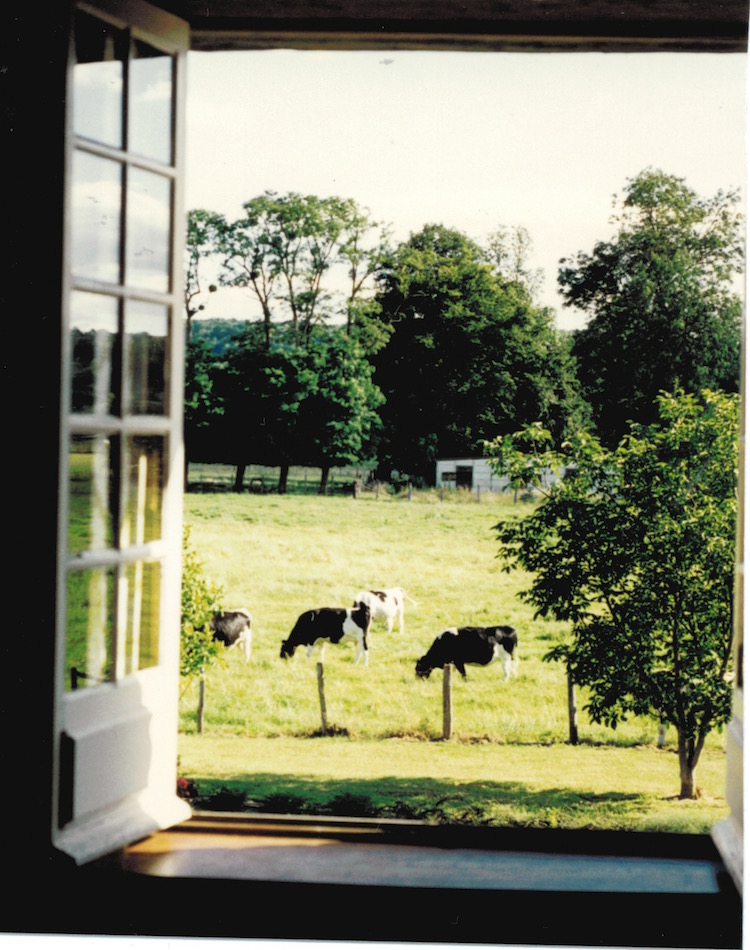 ...accessible via the bridge over the moody weir. 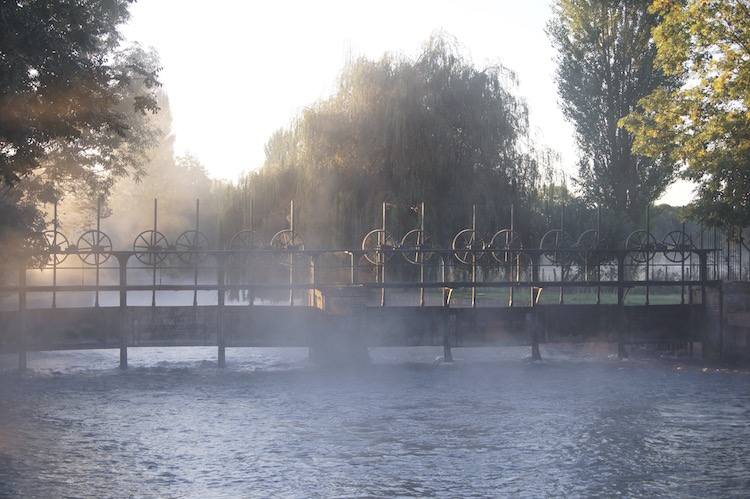 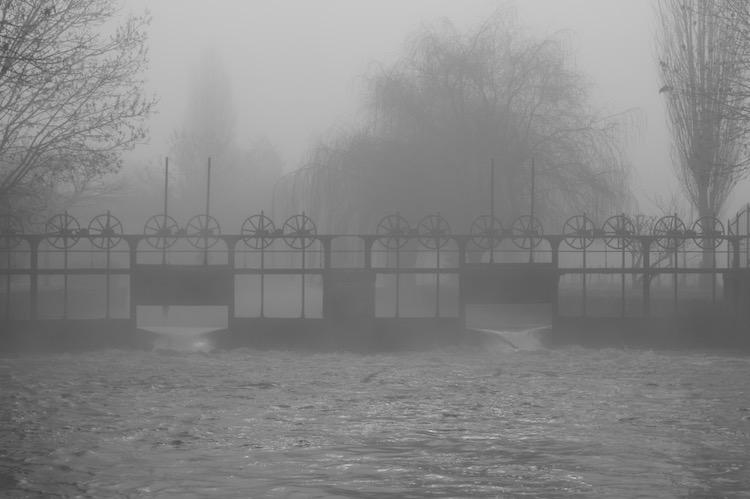 As the size of this structure suggests, the mill, built in 1875, was quite an industrial operation; at least until the Second World War it produced the flour for the entire area.

And the mill wheel, fed by a canal, is unquestionably the heart of the place... 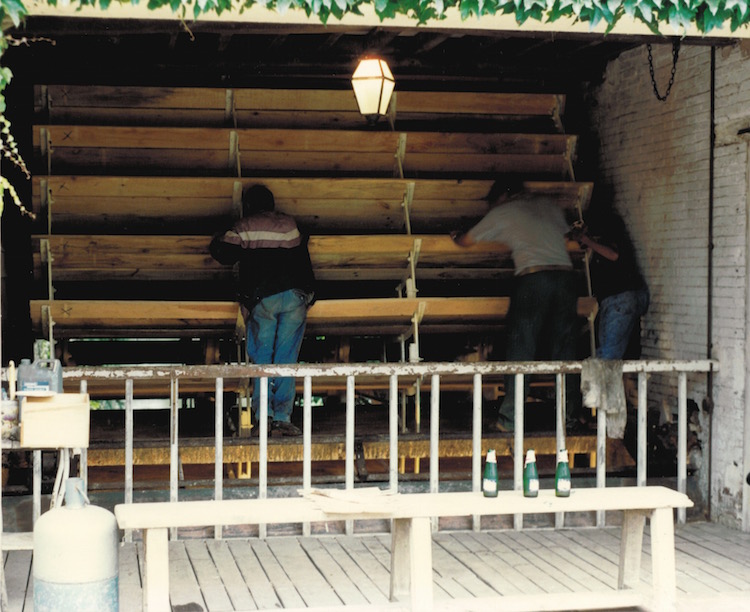 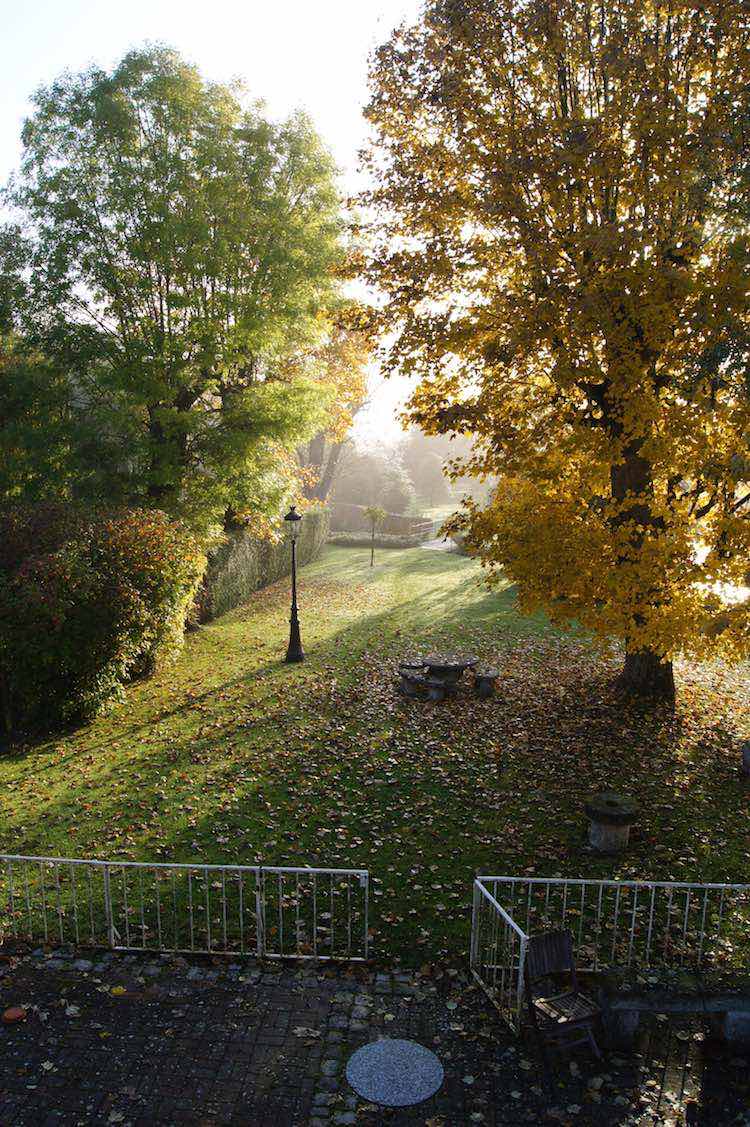 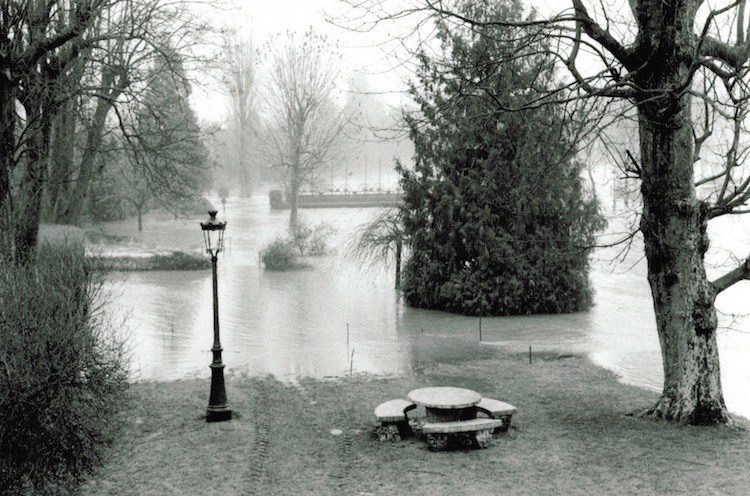 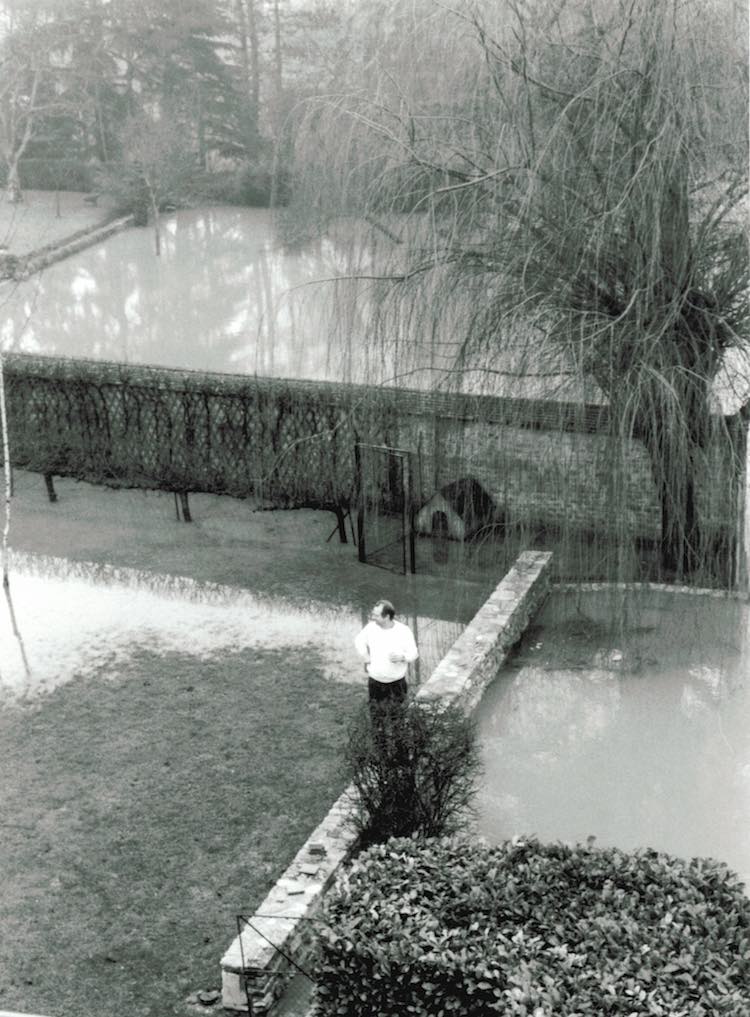 How could you sell that corner of paradise?! all our friends and children asked.

Well, the children are grown up and weren’t using it very often. And since 2013, when we began living half the year in Berlin, we weren’t spending much time there either. The place started to become a worry rather than a pleasure. In fact, we began to feel guilt and discomfort, as if we were visiting an aged relative whom we were callously neglecting. A property like that needs the warmth and attention of human beings. 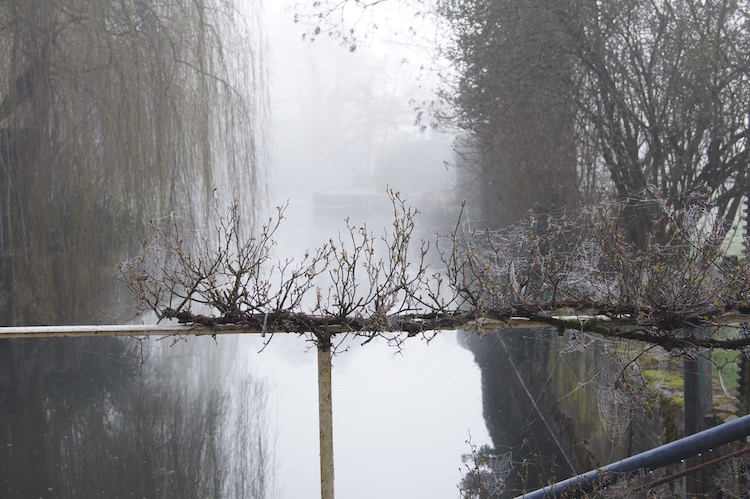 A few years ago we put it on the market and, though we dutifully followed the instructions of friend and expert Roxanne C. and purged the place of all personal artifacts... 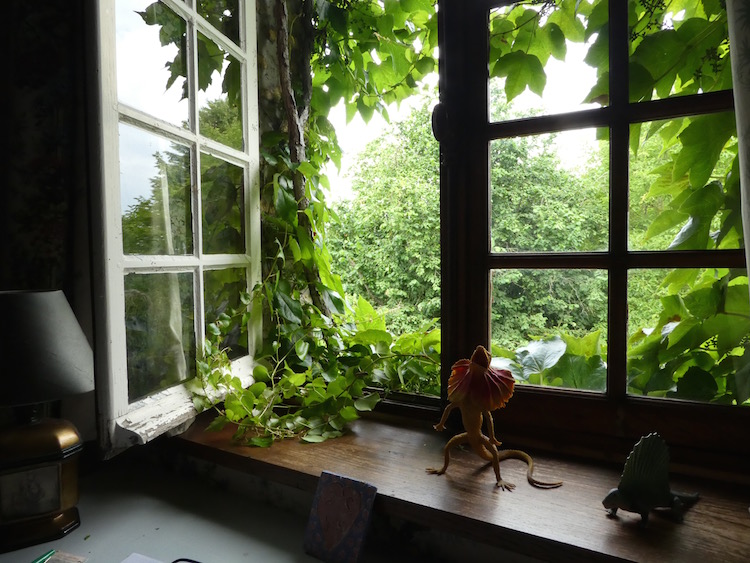 A window onto our Augean stables

...there it languished. Until early this year when friend and neighbour Catherine M-W., also selling her house, put us on to another agent. Like a miracle, the place sold end of May, our first week back in France for a summer already designated as time to get our house in order. 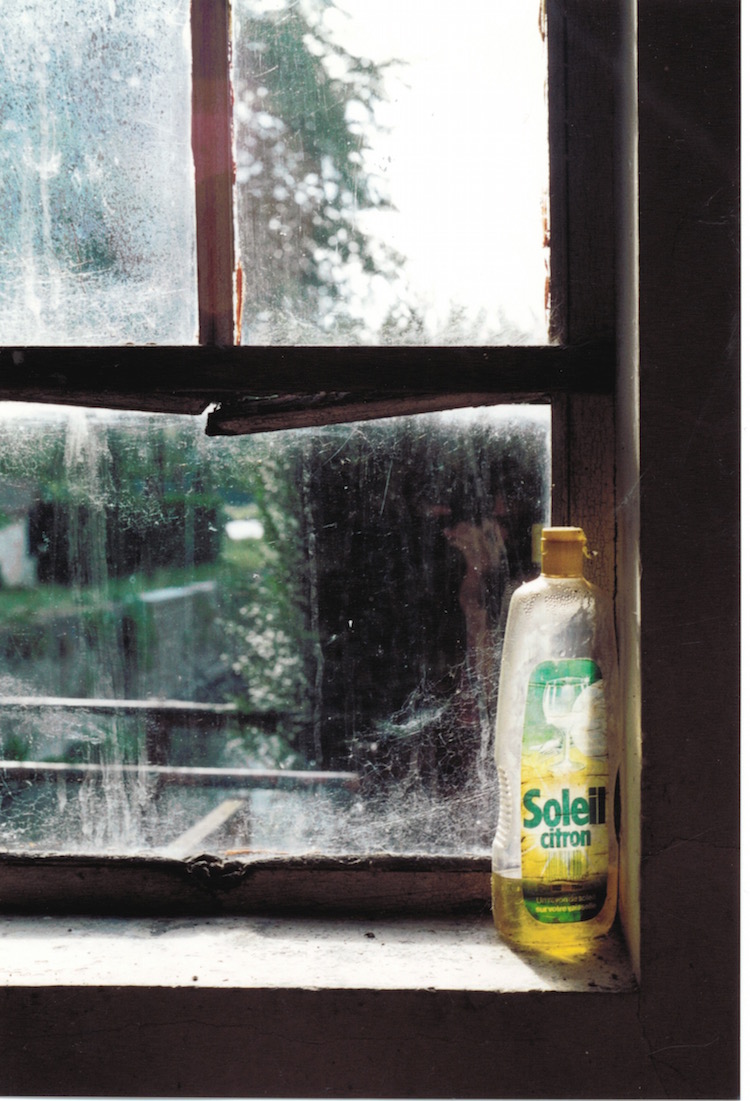 The timing may have been perfect but what a process. Moving is indeed, along with death and divorce, one of the most stressful experiences life has to offer. It's a physical and logistical ordeal (what to do with all that stuff!), made worse when both of you are plagued with perfectionist personalities that drive you to hand over the house in tip-top condition. Or as tip-top as bedrooms last decorated forty years ago allow. 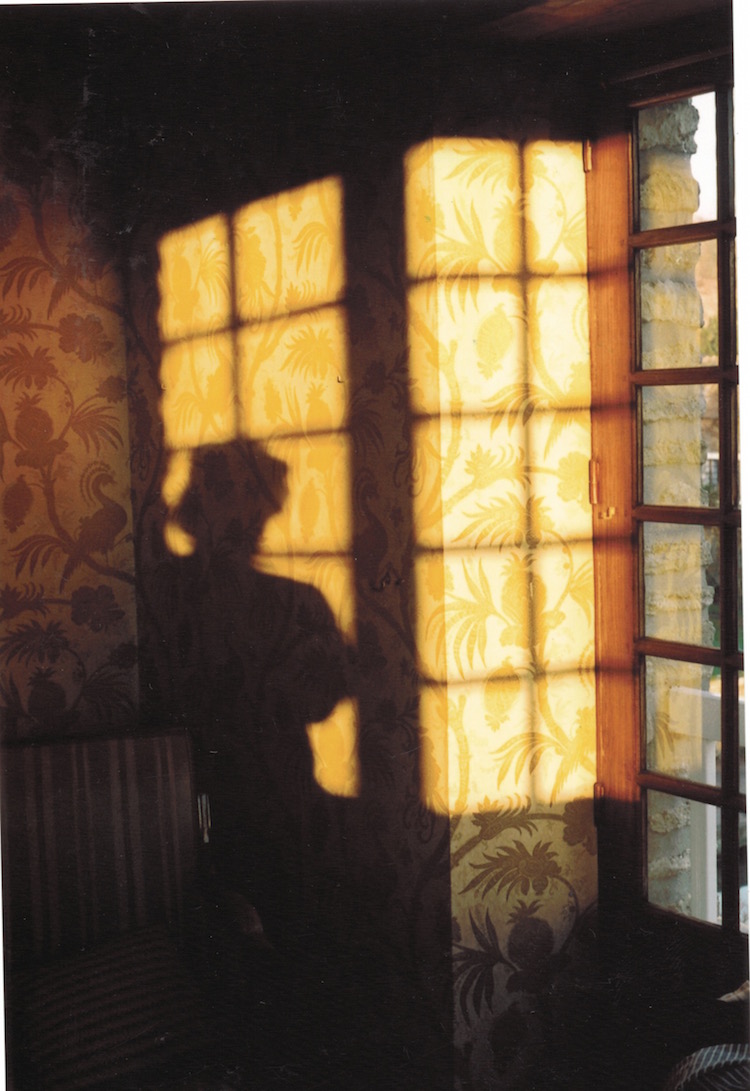 But underlying the practical stress are the emotional and psychological strains of saying good-bye to a long-standing, well-loved home. You're closing a hefty chapter of your life and that carries with it a whiff of death.

Fortunately the summer kept us far too busy for extended bouts of existential angst. We fed and housed an endless stream of friends and family, and then of course there was the cleaning and the packing and the discarding. 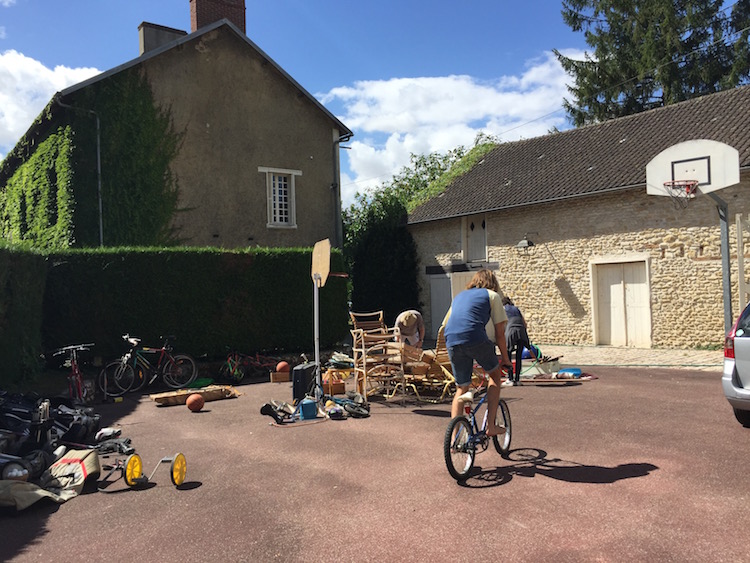 We made countless runs to the dump and quite a few trips to the Secours Populaire charity. 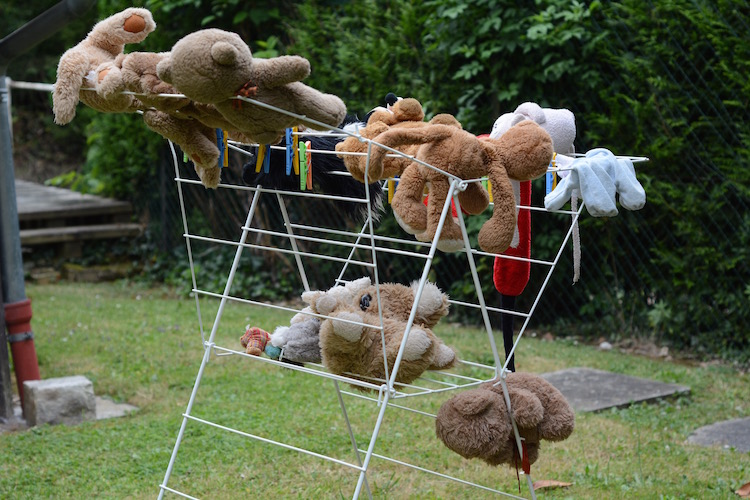 Finally the movers came. I was worried this might finish Elsa, now pushing 15, off. 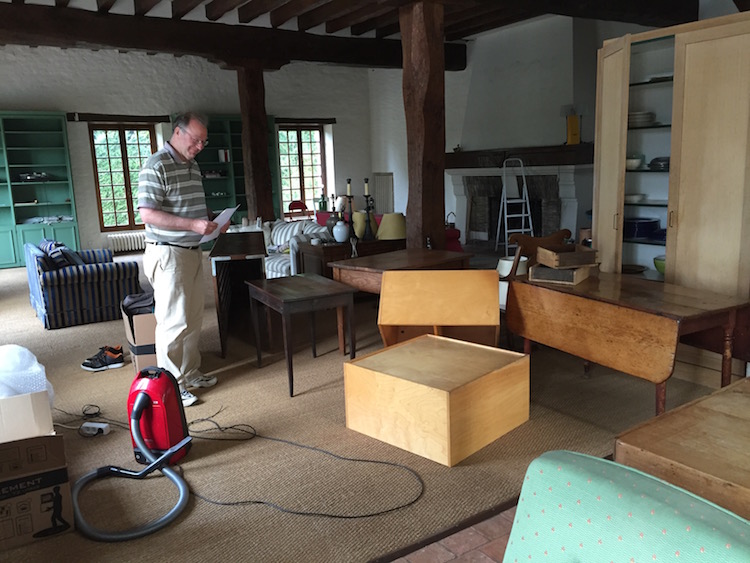 But since we’ve basically been moving non-stop since 2013 and Berlin, she just got a here-we-go-again look in her eyes and jumped into the van with the furniture. 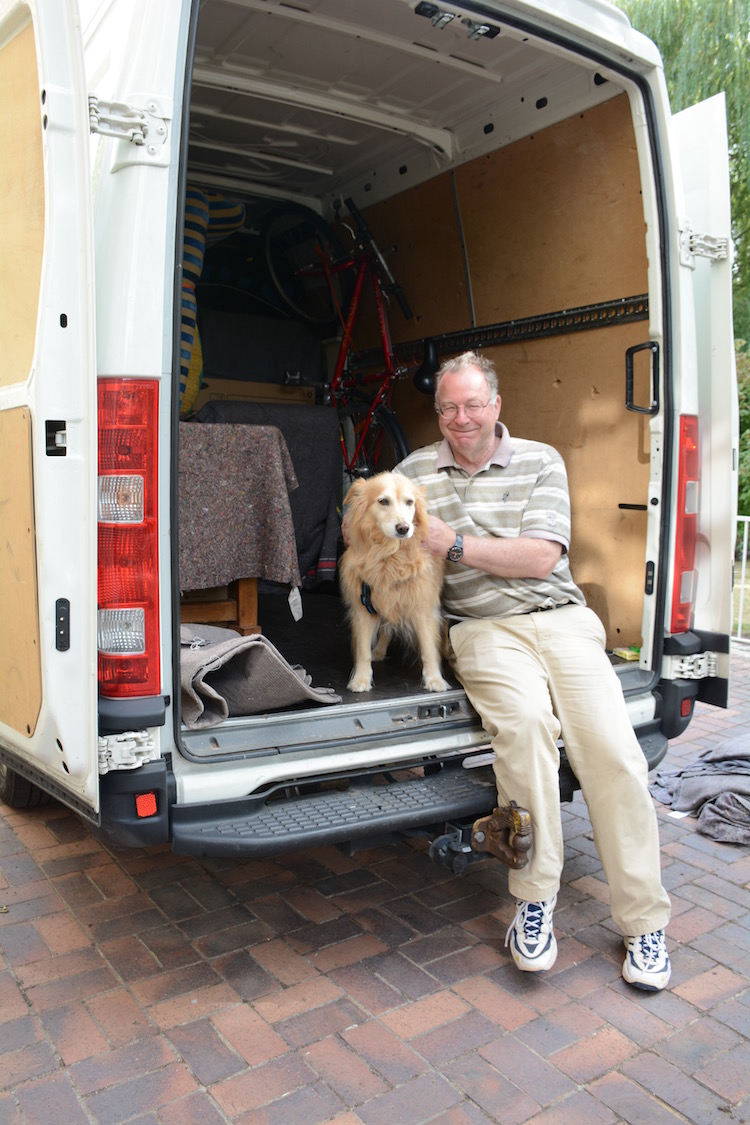 David went to Paris, then Berlin, to oversee the unloading of our Normandy life, while I stayed with Elsa and in the now streamlined space and kept killing spiders. 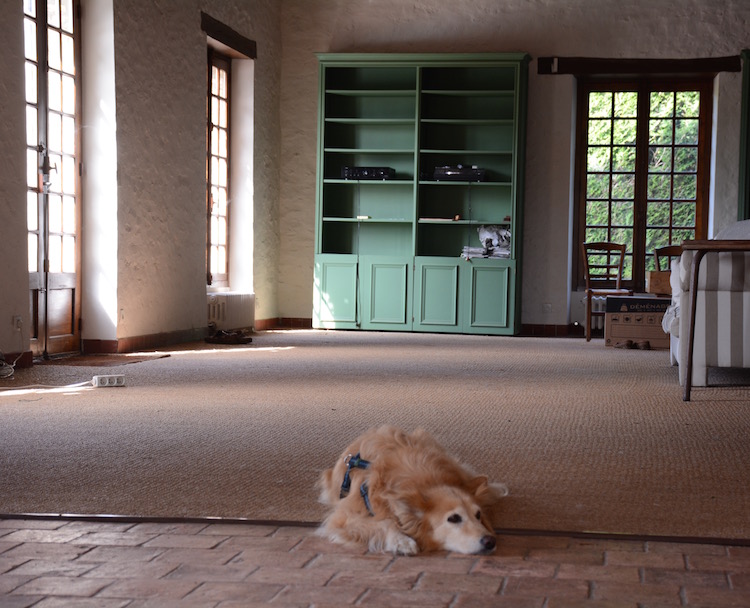 When he returned we had our last supper with Catherine... 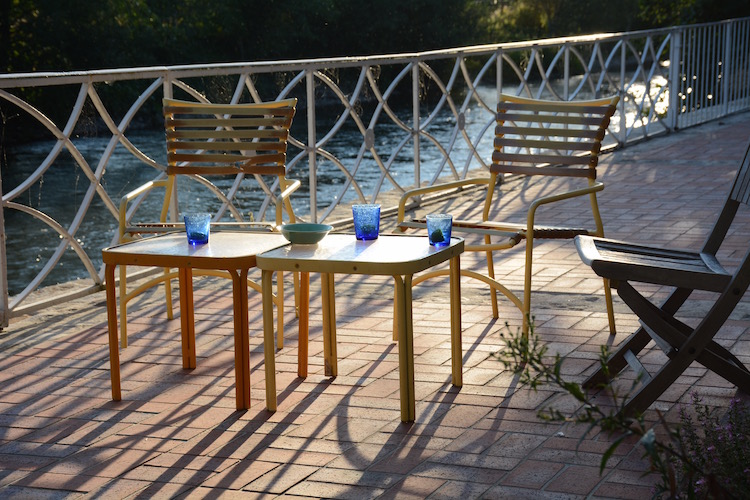 ...and signed over the property a week ago today to Quentin and Camille O. and their two boys, oddly exactly the same configuration and ages as David and family when he bought the house those 25 years ago. 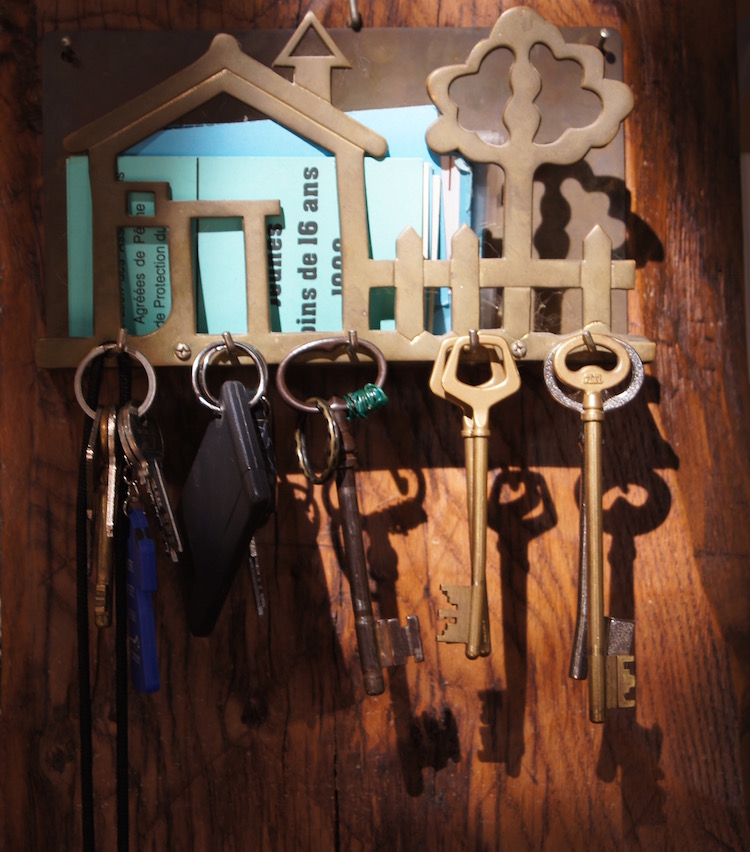 Our friend Jim B. who owns a mill not far away says: “We’re just stewards. We come and go but the place lives on."

Of course you can’t choose the next stewards but in this case we--and the house--have been very fortunate. Not only did Quentin and Camille insist we leave everything we didn’t want (all those beds! those two huge sofas!), they like the place as it is, for the same reasons we like it, right down to the mustard- and black-tiled bathroom and the faded, dated wall-paper and curtains. 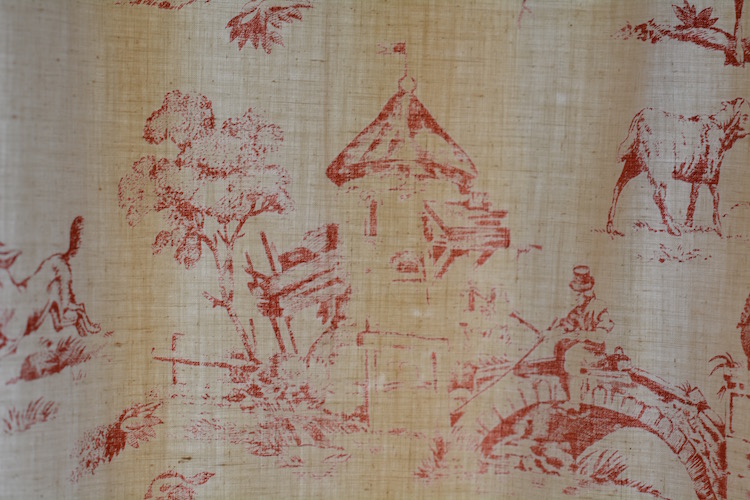 Knowing that certainly made our departure less wrenching, so along with all our best wishes for many happy times ahead, a big thank you across the blogosphere! 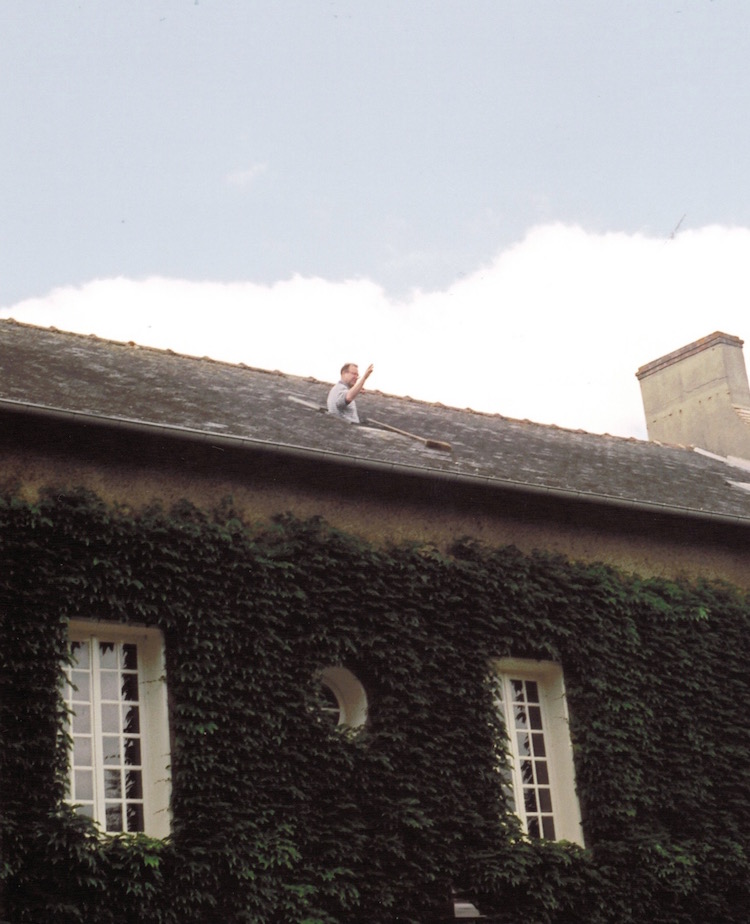 And hey, unlike the spiders, at least we didn’t end up in the vacuum cleaner.

Get the latest posts delivered right to your inbox

Iranian woman and tourist overlooking Persepolis Friday, 14 October I have just returned from a trip to Iran, and one of the first things I noticed, besides many women swathed in black, were the steepest steps I've ever seen. They were everywhere, from mansions

(photo by our guide Ferdinand) Mother and Daughter and a Mama Gorilla Friday, 12 August We have just returned from a tour of Rwanda, organized and led by daughter Georgina who has been working there for the last year, and I have discovered that

Stay up to date! Get all the latest & greatest posts delivered straight to your inbox