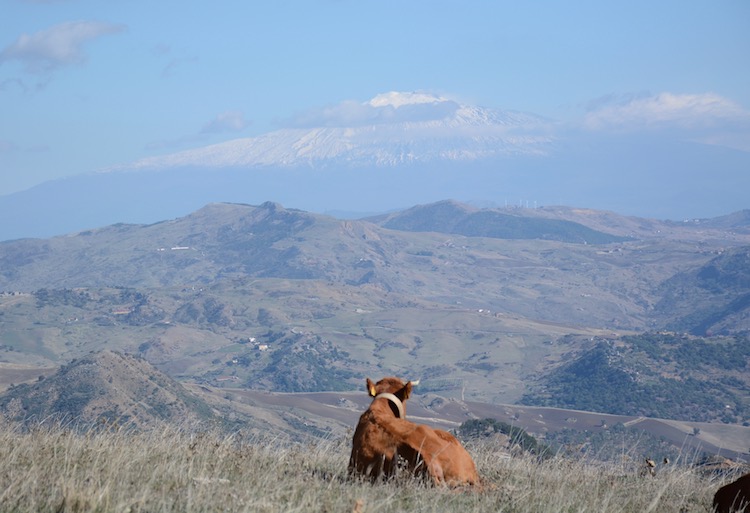 People often ask me why I like living in Europe. Usually my answer is a rambling, vague discourse that ends with an I-just-do shrug. But not anymore. Now I can sum it up in one word: Sicily.

We have recently returned from eight days there. Barely long enough to scratch its craggy, vertiginous surface but sufficient to clarify my thinking on what’s good about life here in the Old World. First of all it’s just that, old, meaning it has a depth and complexity that I find both instructive and inspiring. There’s much to learn in the here and now from the long ago. 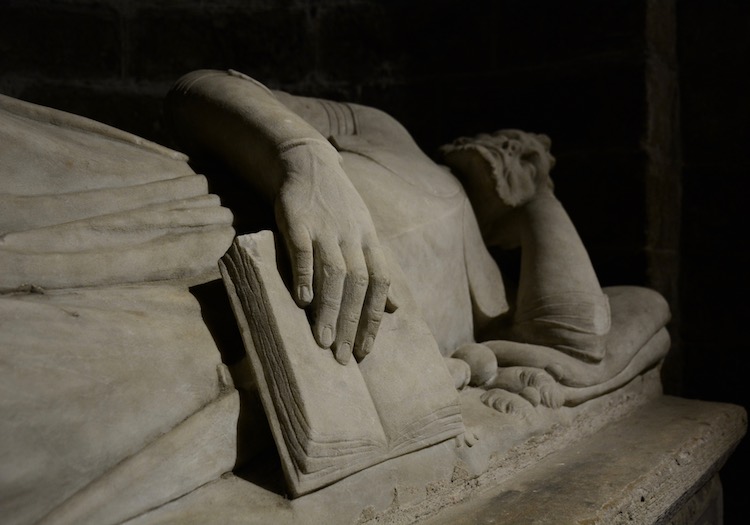 Because of its rich soil and strategic position in the Mediterranean, Sicily was invaded as of 1000 BC by just about everyone imaginable: early tribes from the Italian peninsula, the Phoenicians, the Greeks, the Romans, the Arabs, the Spanish. The ruins of their civilisations, everywhere apparent, are a constant reminder that we haven't made any 'progress' when it comes to creating beauty. 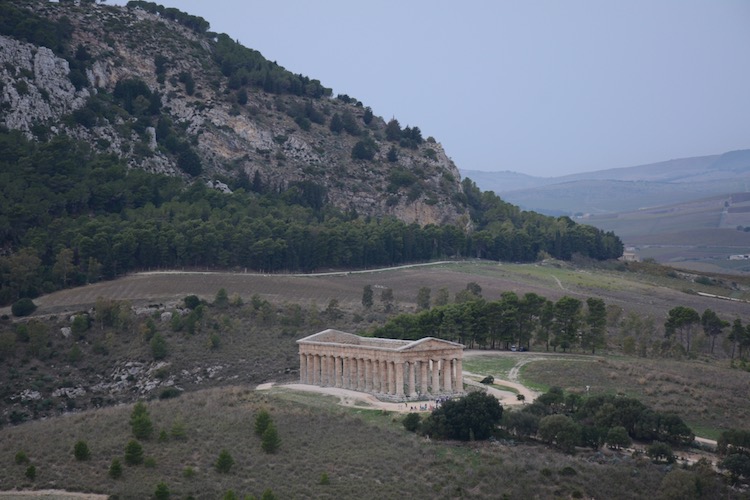 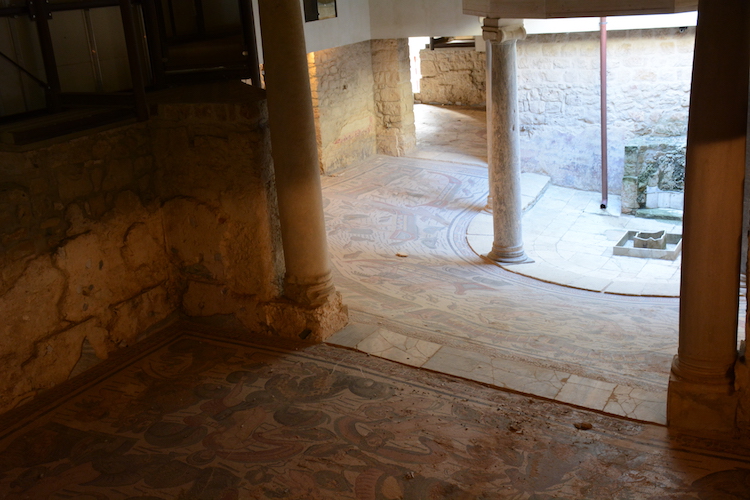 The island was even ruled for a time by the Normans. When Tancrède d’Hauteville couldn’t provide property for all his 12 sons, Robert and Roger followed fellow Norman mercenaries on a tear through southern Italy that led to their domination of Sicily in the late 11th century. The next 100 years were in many ways its heyday. Under the Hautevilles Sicily was a prosperous and tolerant place, with all the peoples of the island, whether Sicilian, Greek, Italian or Arab, cohabiting in peace, feeding off and learning from one another’s cultural differences, rather than attempting to suppress them. During their reign the idiosyncratic Arab-Norman style was developed and produced architectural gems such as the cathedral in Cefalù. 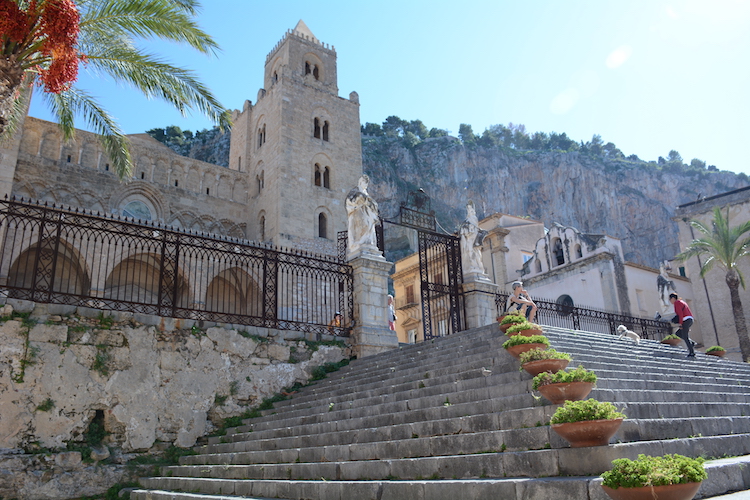 Which brings me to another reason I like Europe: the felicitous marriage of natural and man-made beauty. It's stone to stone, throughout the centuries in the temples, the churches, the castles... 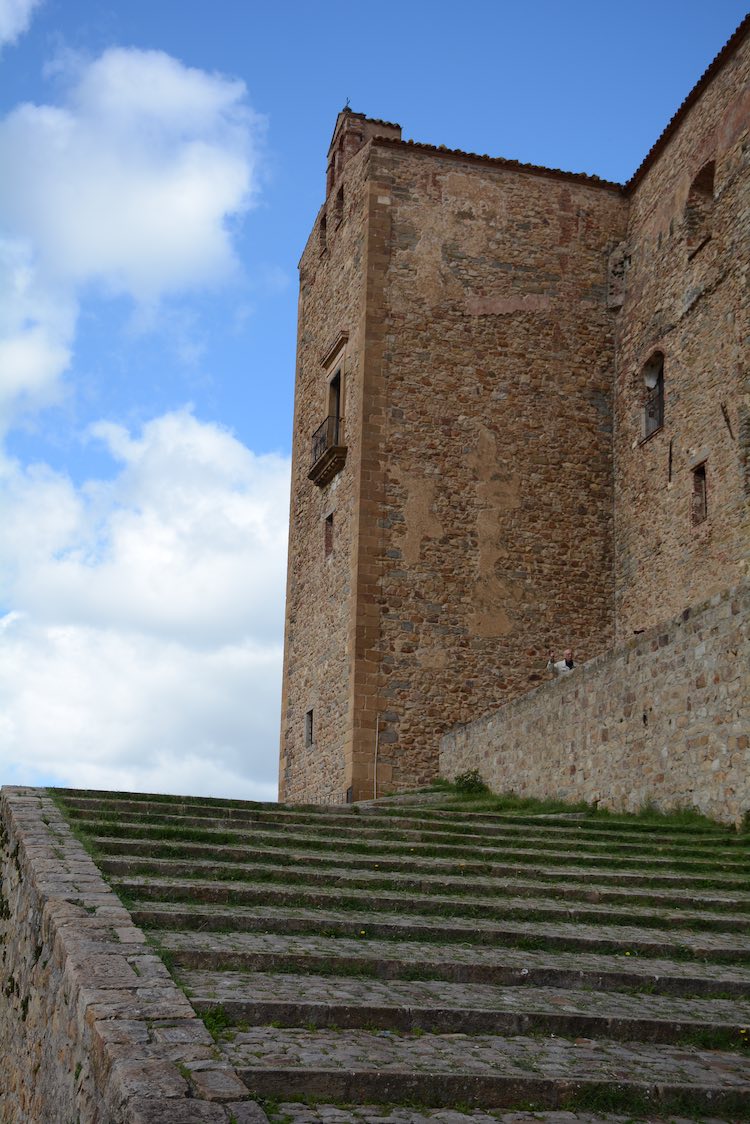 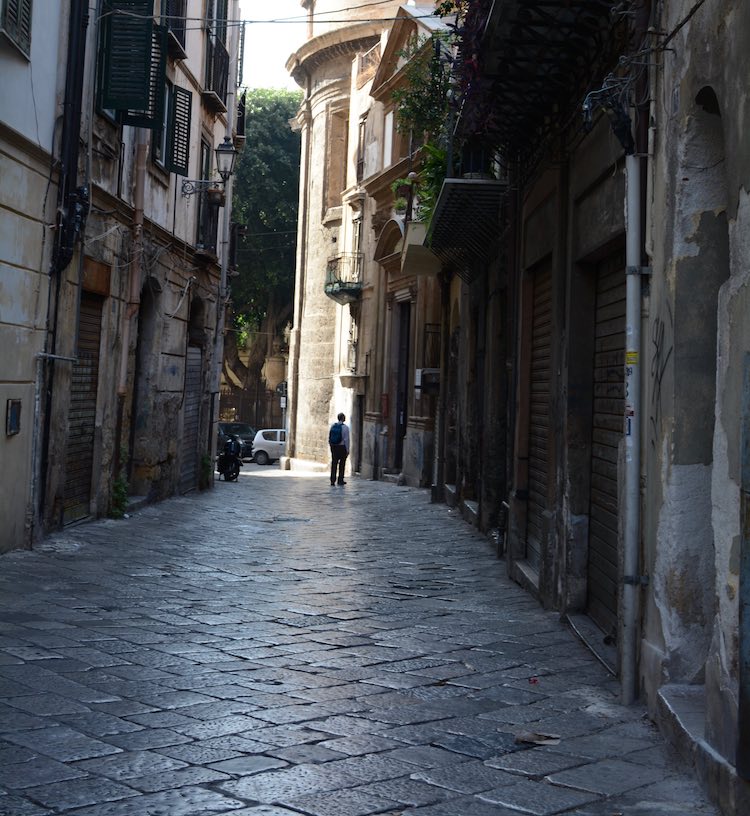 ...or the farmhouse not far from Cefalù and the northern coast where we stayed with friends for a week after a couple of days in Palermo. 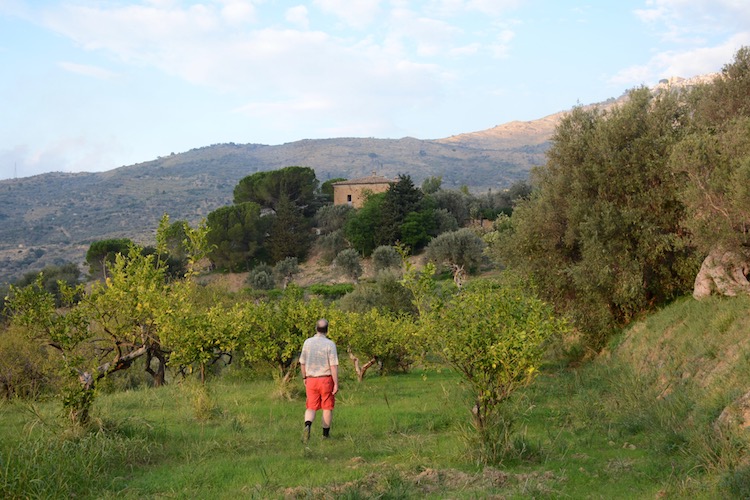 Originally an olive mill, the foundations of Casa Migliaca date from the 17th century. In the 18th the ground floor was extended and in the 19th the upstairs rooms and kitchen were added. The house has always been in the same family and in the 1990s Teresa Allegra moved back there with her husband Sebastiano to run the farm and open the house to guests; their son Luca now mostly manages both. 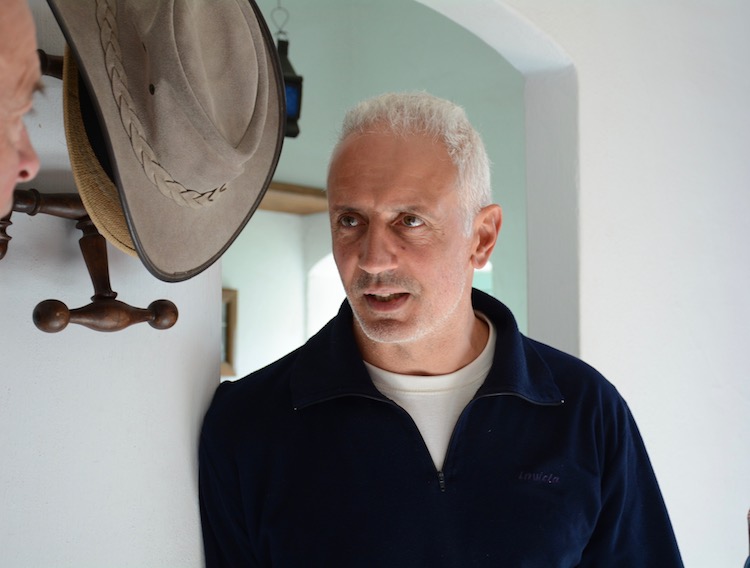 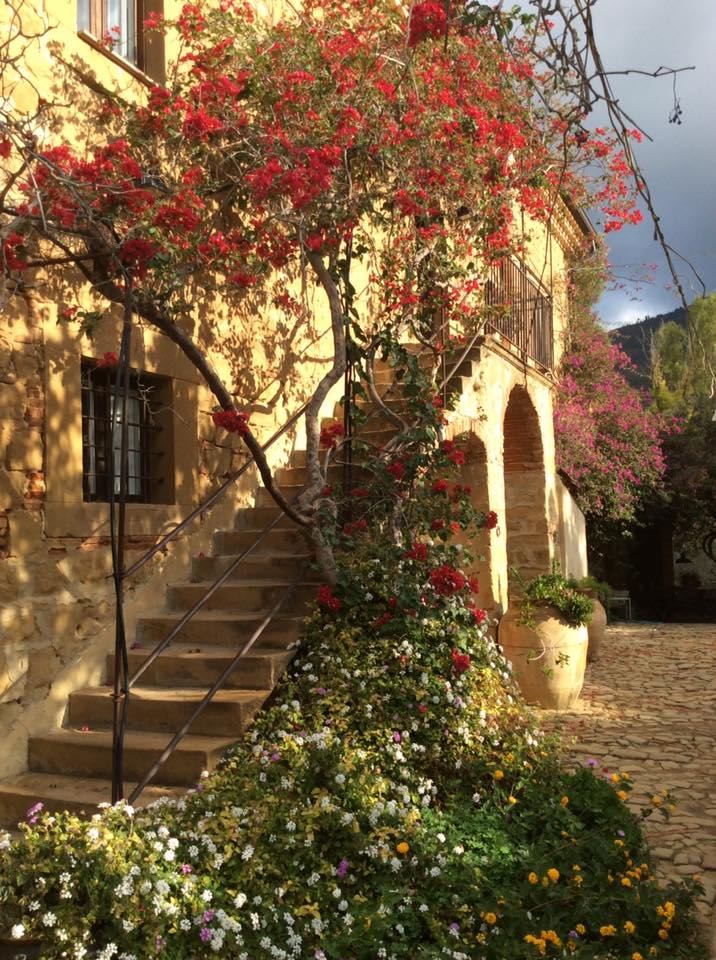 (photo by Nicola B)

except this time round God did not evict the residents. At Casa Migliaca they were allowed to stay on, build a solid house and start cultivating olives, then lemons, and eventually take in lucky travellers such as ourselves. 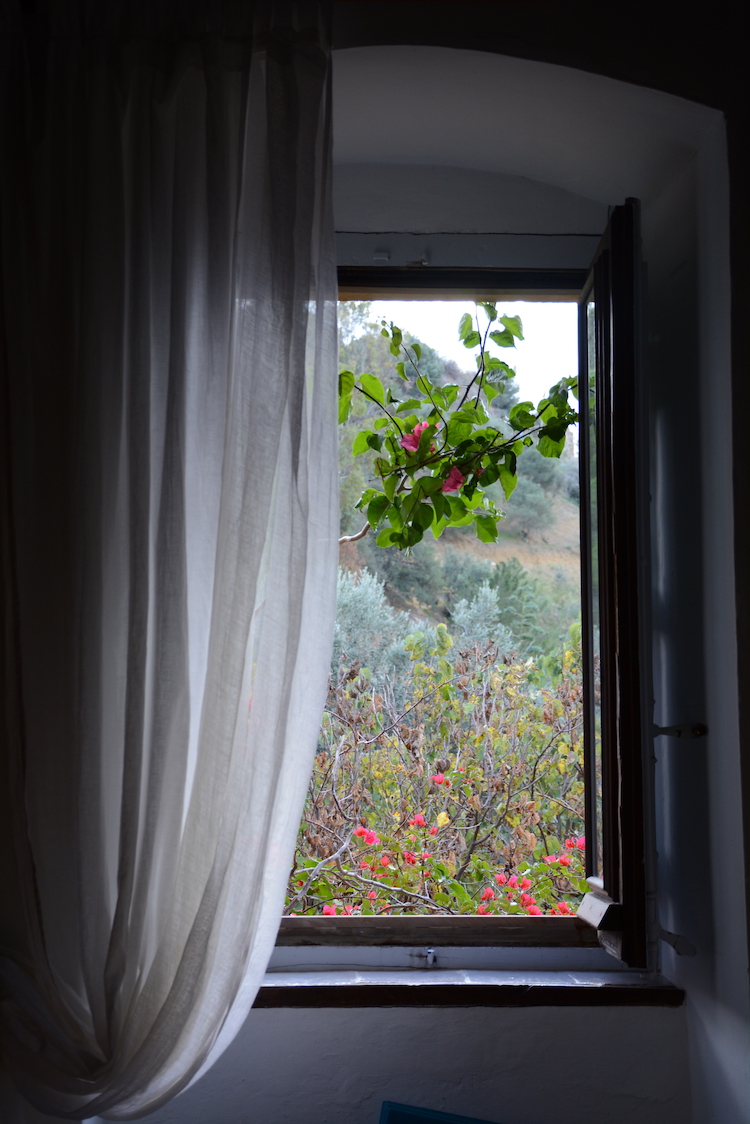 End of October was a good time to visit in general. The summer tourists were gone and though it sometimes took us a while to get going... 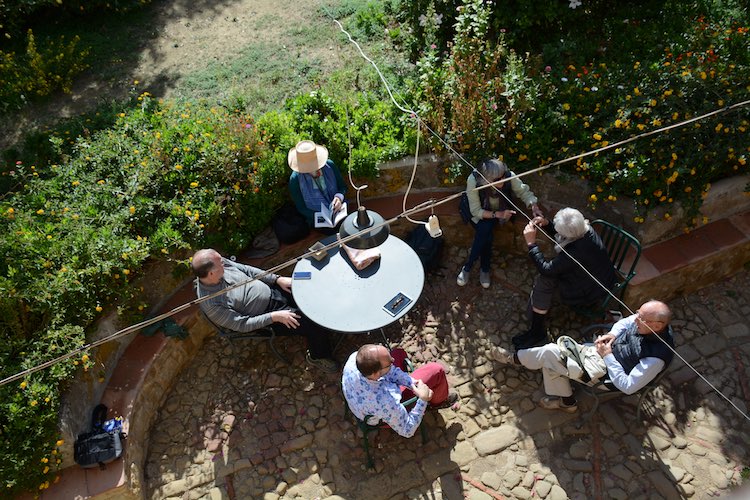 ...none of the towns and sites we visited were overcrowded. In our globally warmed world the weather was still mostly pleasant and we were able to swim in a welcoming sea. 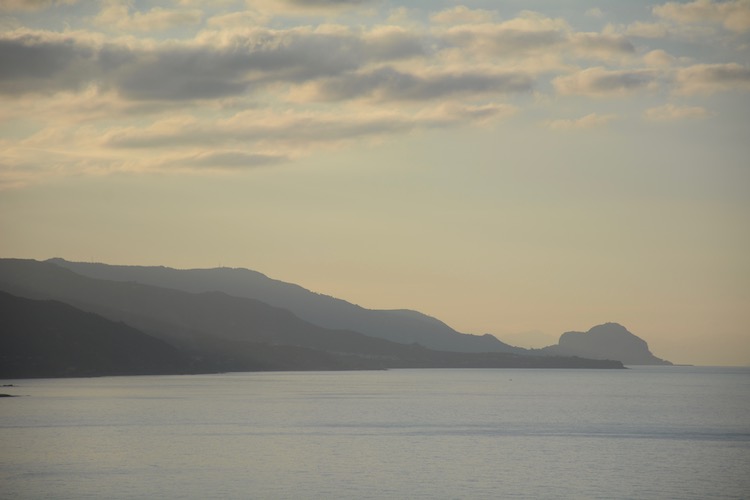 We walked the Madonie National Park in search of the 300-year old giant holly trees... 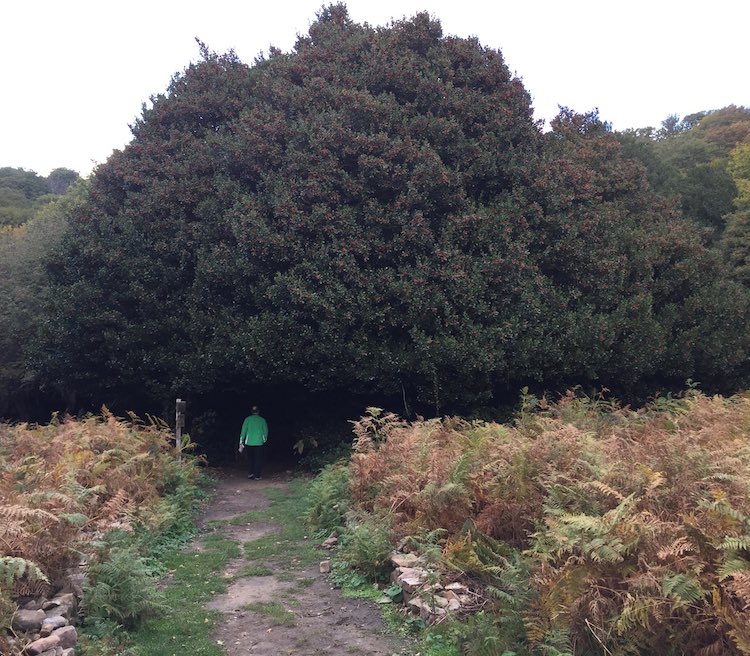 ...and the Nebrodi National Park, where we saw a large family of wild boar and the monumental Mount Etna, a constant presence that is often lost in the clouds, with its first dusting of snow. 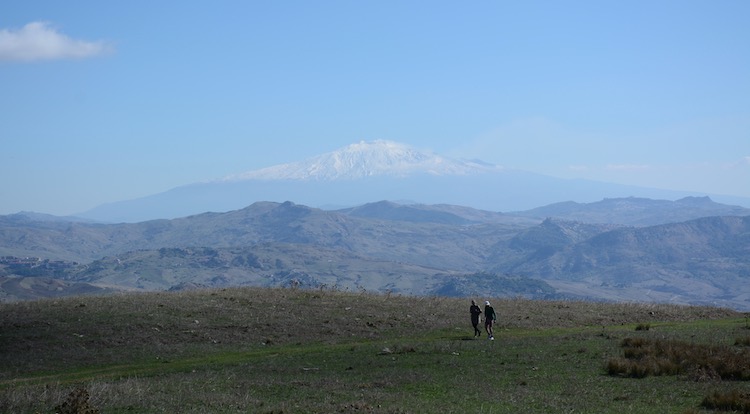 It was also the olive harvest and every morning we heard the pickers talking and laughing under our windows. 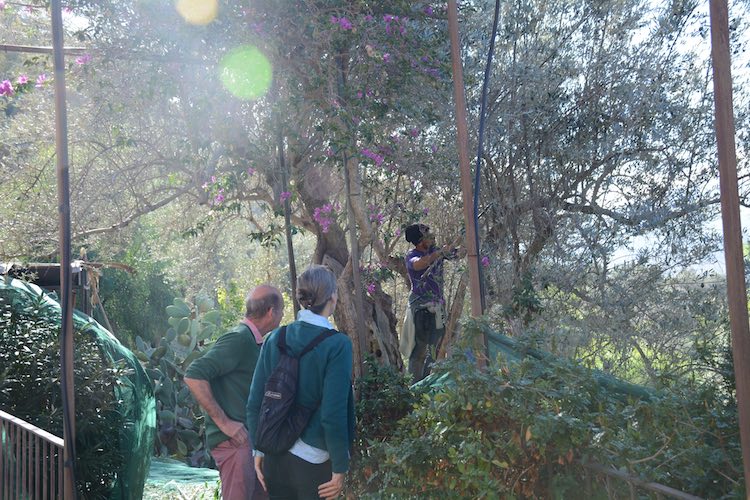 Luca invited us to the local press to witness the transformation. 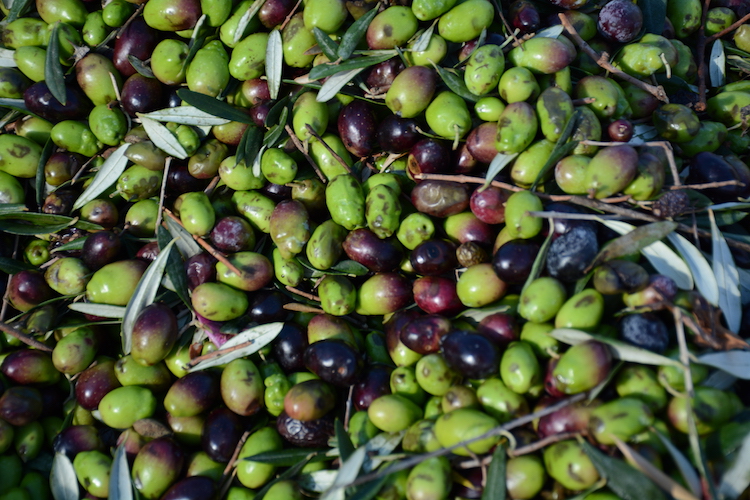 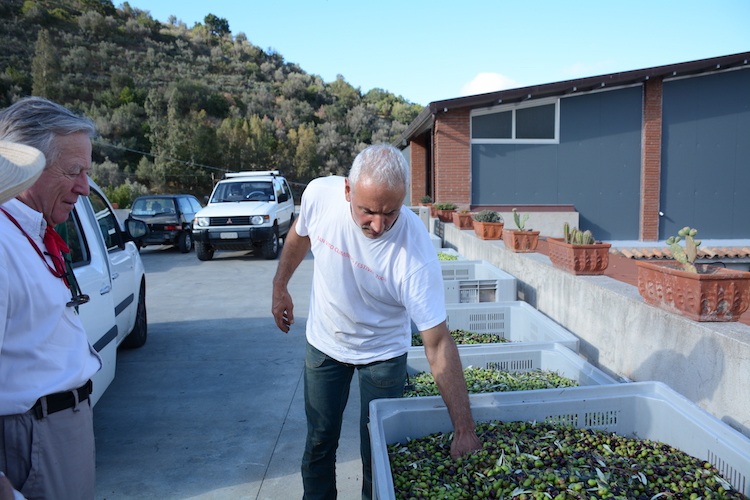 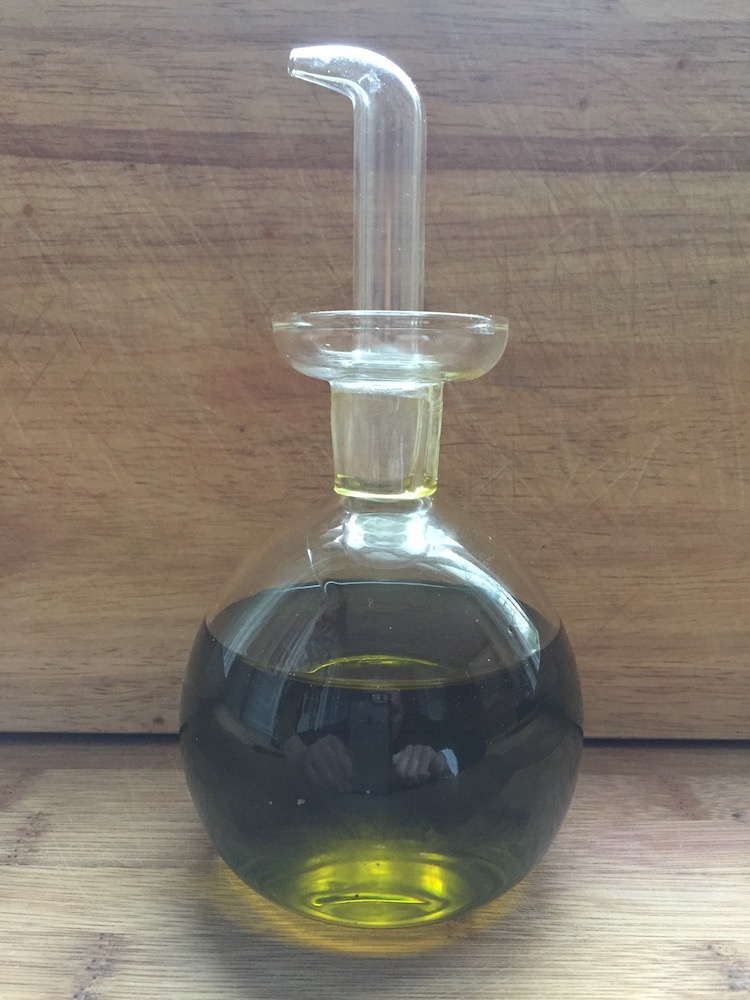 The family farms by biodynamics, a cultivation method developed by Rudolf Steiner in the 1920s. It merges ancient practices, such as being guided by the phases of the moon, with new age thinking that includes a sort of homeopathic approach to treating crops. You can believe in it or not but the results are incontestably delicious.

Which brings me to another blessing of the Old World (okay, maybe not ubiquitously): food. Everything we ate was local and we did not have a single bad meal, whether in restaurants during perhaps one too many 2.5 hour lunches or in the evening at Casa Migliaca, where Signora Alegra masterminded... 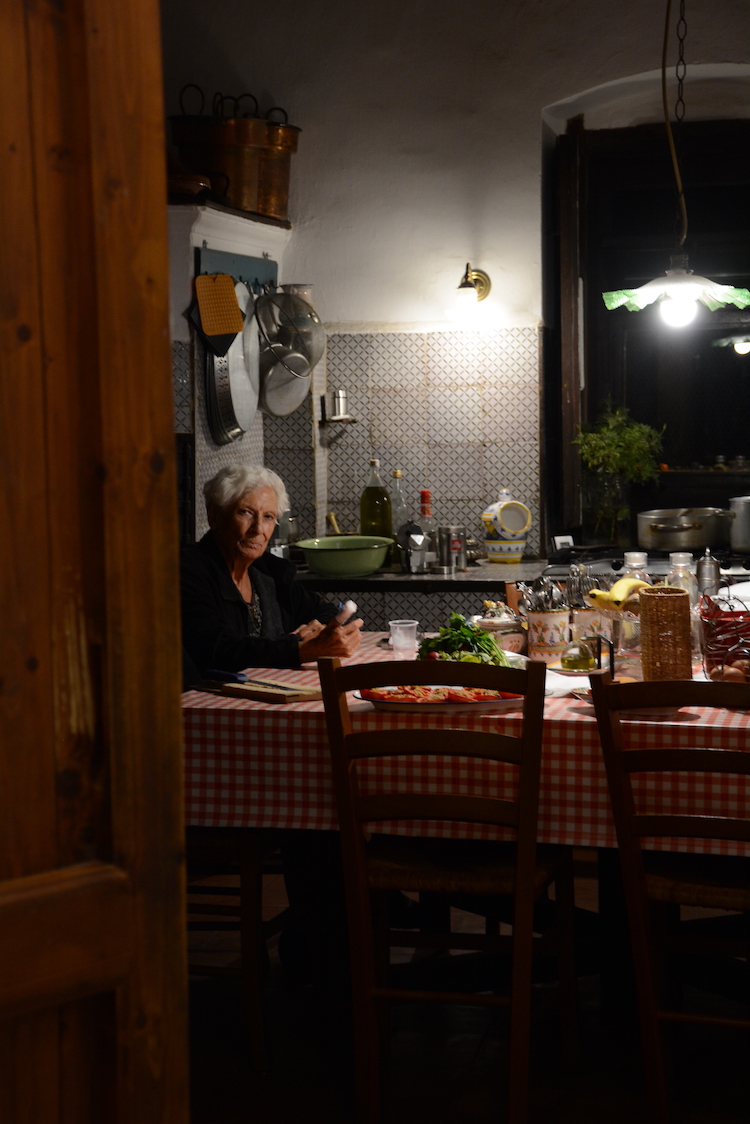 ...our copious, exquisite dinners around the old mill-stone, now a table with a giant lazy susan in the middle and a perfect symbol of how Sicily has embraced the new while not tossing out the old. 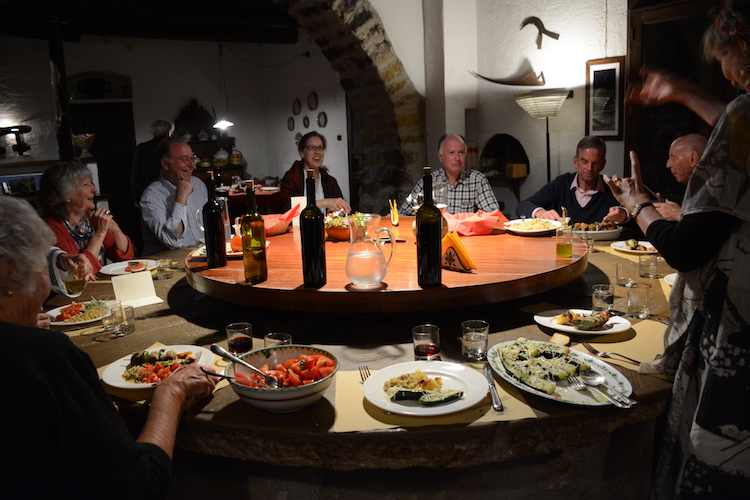 That isn't to say there aren't deep problems too. Despite the mill-stone table, Sicily is still too often bogged down by tradition. In many places it is poor and rundown. 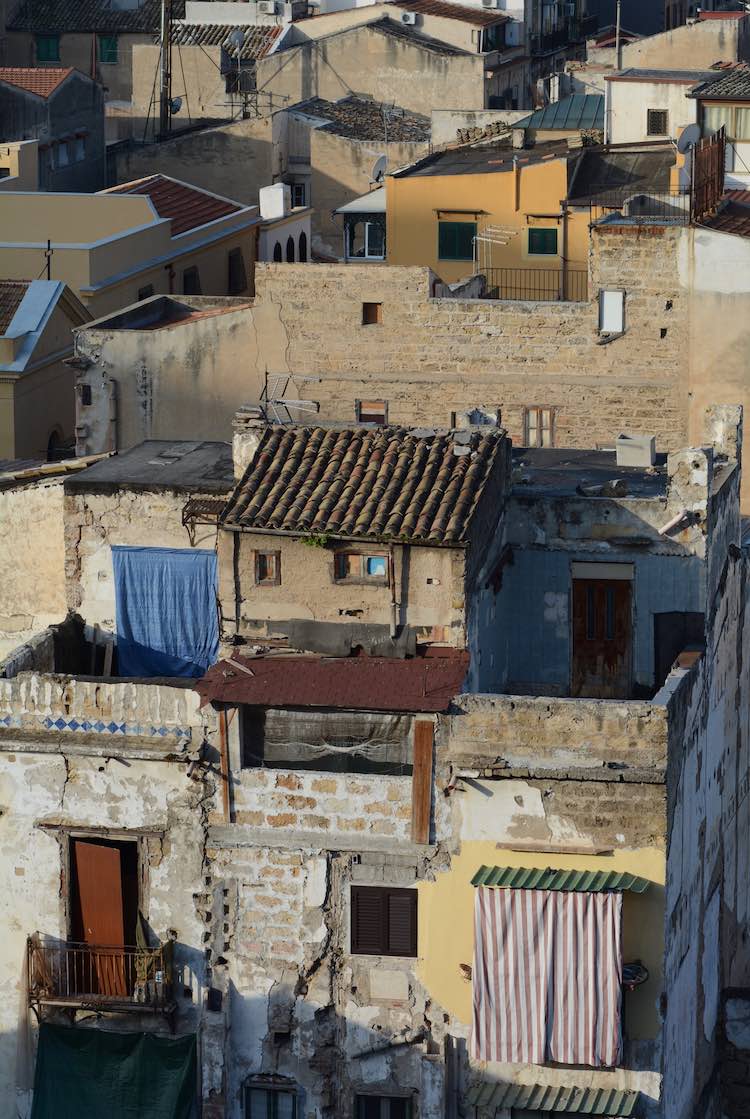 Much of the land suffers from erosion and deforestation. Though we saw no sign of it, the mafia is everywhere. Unemployment remains high, especially among the young who flee the island in droves. 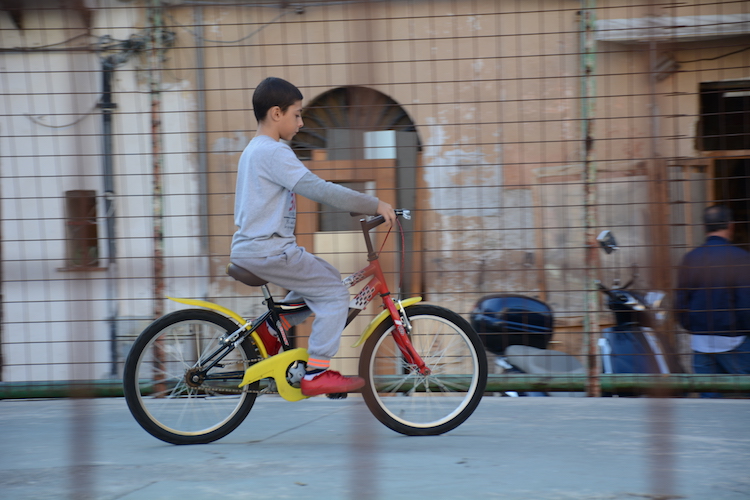 Everywhere we went in Sicily we saw incredibly intricate mosaics. At Casale they were designed by the Romans; in Cefalù, Palermo and Montreale they were a multicultural effort propelled by those Hautevilles: 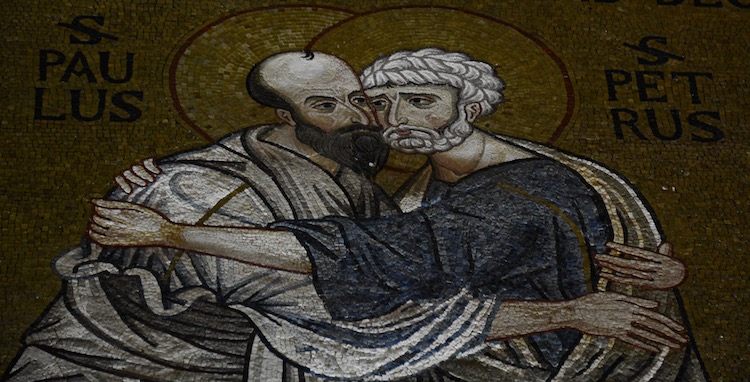 What you can't forget in Europe and in Sicily with particular intensity, is that we're just little tiles in a vast panorama. And I kind of like that. 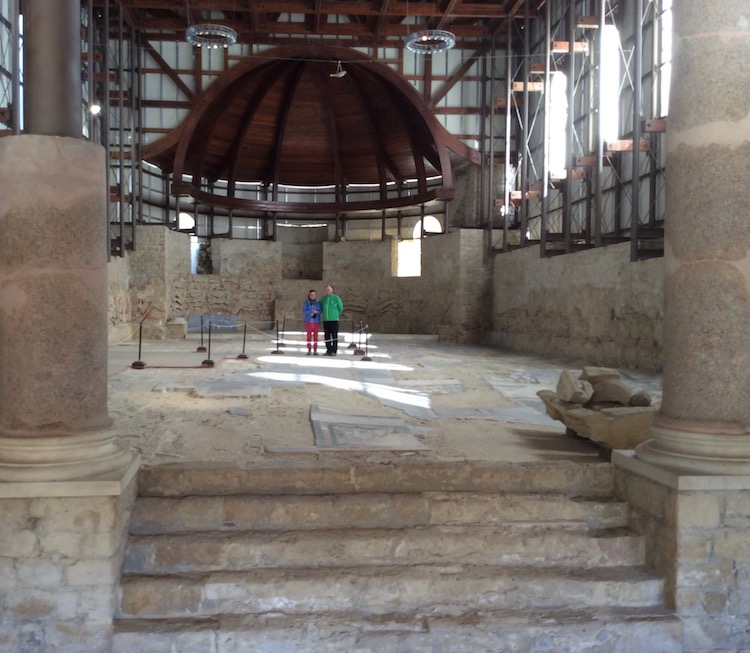 David and I in the Basilica, Villa Romane del Casale

(photo by Nicola B)