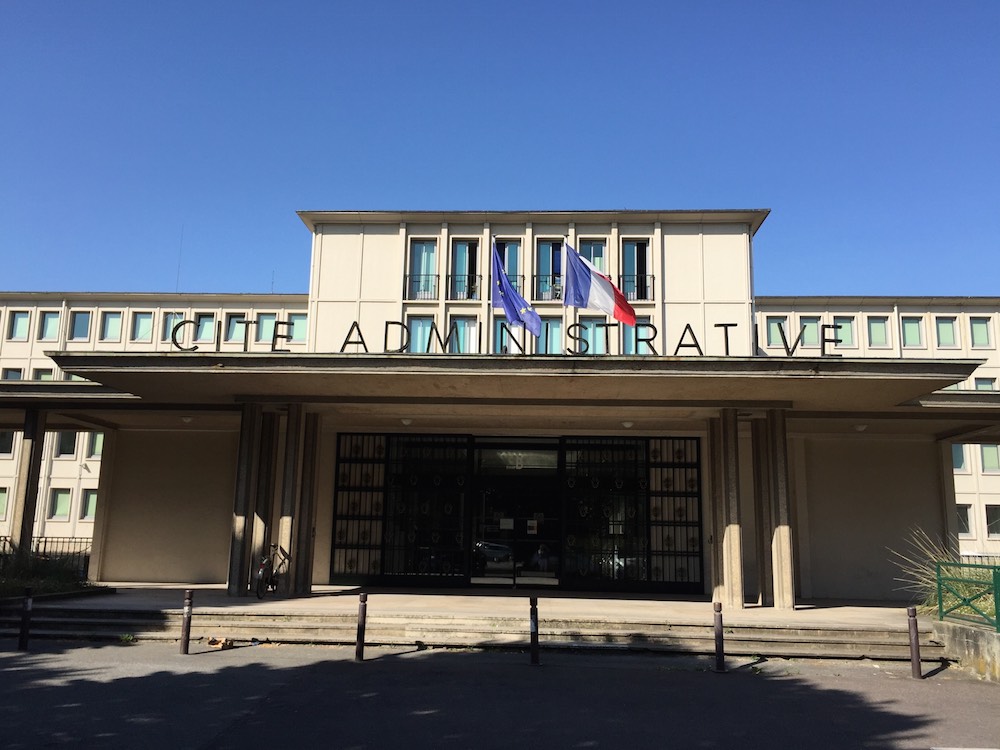 It is impossible to live in la République for any length of time without bumping into la fonction publique. Bureaucracy, if not quite omnipresent, is a major force in French life. In fact, reducing its bloated numbers is viewed by many as one of the country’s greatest challenges in the 21st century. I wish them luck: last I heard, 75% of young people still wanted to become fonctionnaires. Not so surprising given that hauts fonctionnaires, or high-flying bureaucrats, constitute the pinnacle of educational and professional success in France.

The last few weeks have brought me in constant contact. It began with a stolen rubbish bin. In order to get our municipal Normandy bin replaced, I was told, I had to make une déclaration de vol at the préfecture in Pacy-sur-Eure. The lone gendarme on duty that Saturday morning said after asking my profession during the 20-minutes it took to fill out the form: "I expect a dedicated copy of your book on the theft." He also assured me that my deposition, by law, would go all the way to the procureur in Evreux. One would have thought they had better things to do.

Next my wallet was pick-pocketed right near our flat in Paris. In it I had stupidly placed my life: credit cards, passport, driving licence, car papers. Not to mention a fair amount of money, having just been to the cash machine.

Thus began a pilgrimage to various administrations, beginning with the 7ème arrondissement préfecture to make another déclaration. Quite a different experience. Situated under the Invalides, it has always been a bit sinister but now it's downright spooky. One is stopped and questioned at the entrance by a policeman armed to the teeth and wearing a bullet-proof vest that would stop a cannonball dead in its tracks. Once convinced that I was not a terrorist, he escorted me into a room where several men were handcuffed to a metal bench. Next door more men sat on the floor in otherwise empty cells, their shoes lined up outside. All the detained appeared to be migrants, most likely sans papiers.

At the driving licence services, now relegated to the northern edge of the city, my heart sank upon viewing a room packed with over 100 people. But it rose again when I was told at the front desk that my first French licence, stolen in 1984, replaced before it was later retrieved from a gutter, returned to me but never discarded, was still valid (hoarding can be a helpful habit). Though it's hard to imagine that this 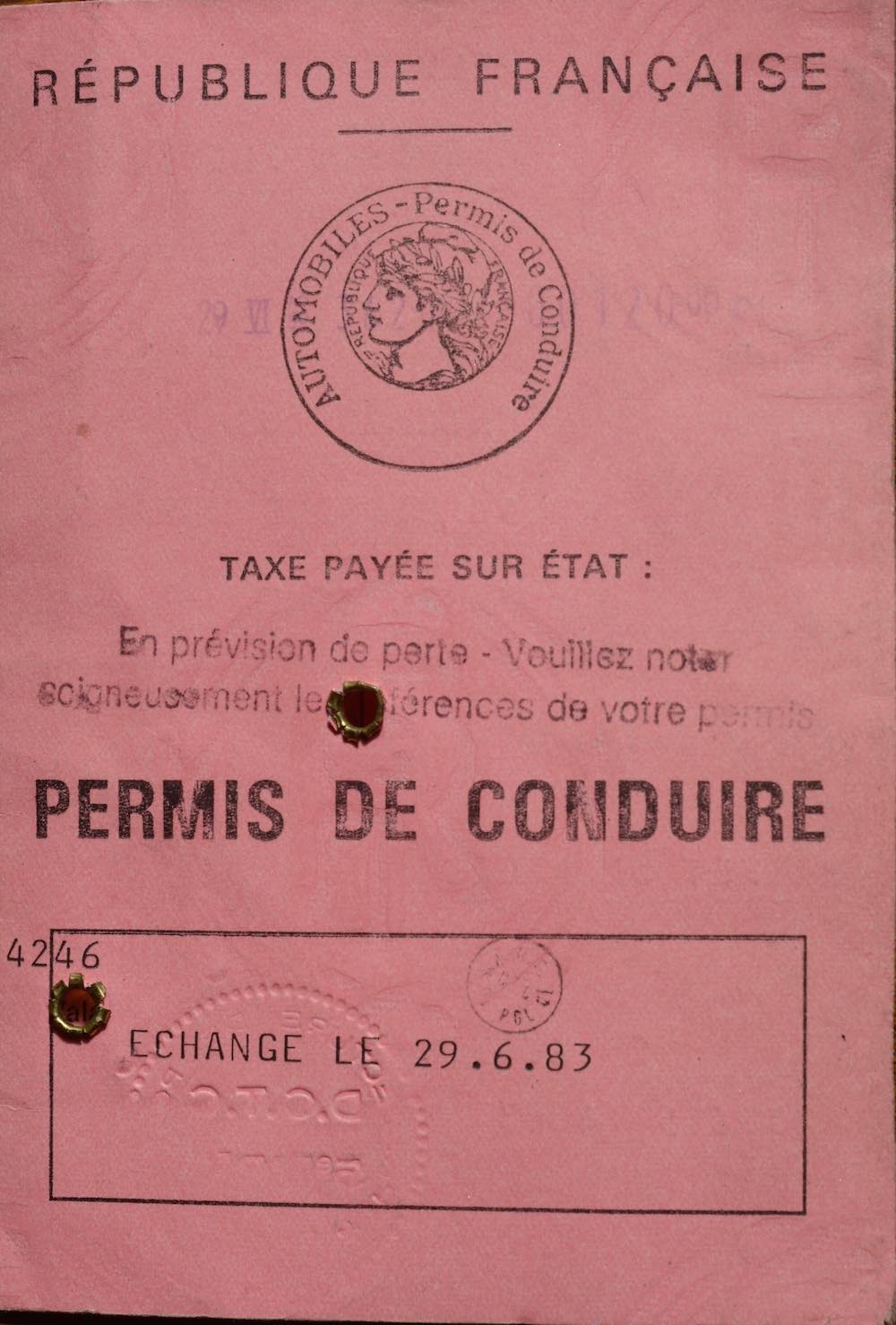 could in any way be considered a lawful document. Even my signature has aged beyond recognition.

Replacing la carte grise (car papers) took me to Evreux in Normandy where the car is registered. There I discovered that spending 15 minutes looking for a parking place is not an activity reserved for Parisiens. Nor is queue cutting. I comforted myself during the wait that I was not one of the 75 people dealing with residency or asylum papers. 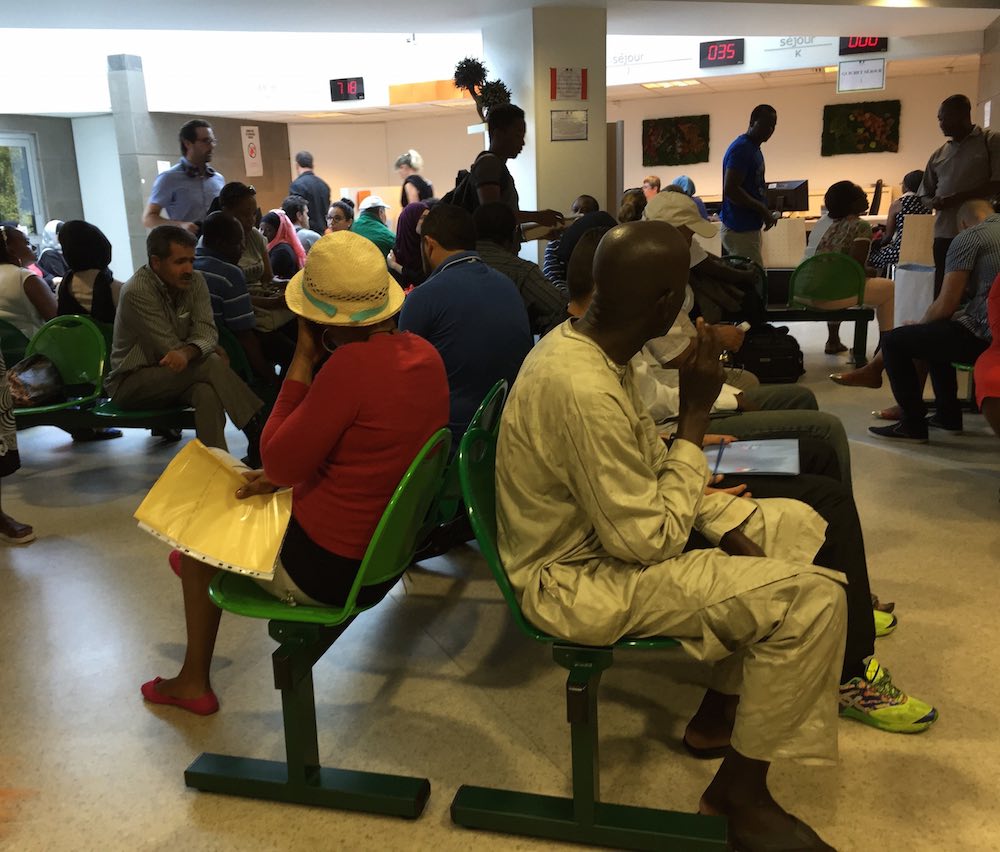 On a happier note, we last weekend attended the wedding of Richard V. and Valérie B. on the island of Belle-Île off the Brittany coast. The short ceremony, officiated by the mayor of Bangor, was a litany of legal warnings, most notably Article 2013, which details care for the children, even though Valérie’s two are in their 20s. At least they were spared having former marriages and divorces spelled out in excruciating detail, as occurred at ours. In any case, it was a dramatic setting for any occasion. 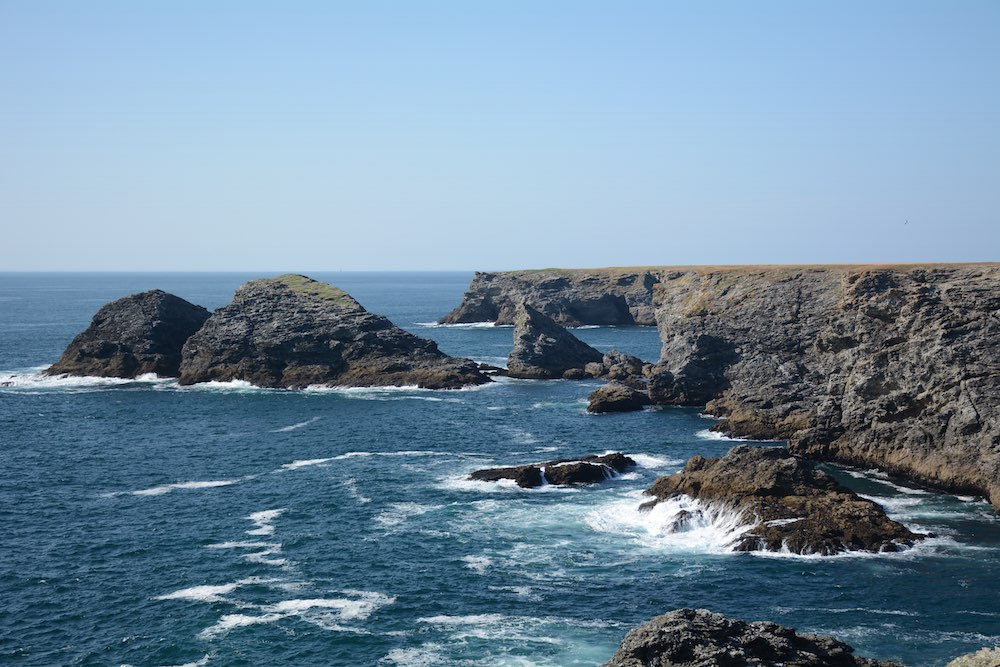 This week la République's birthday was celebrated. Bastille Day in English, simply le 14 juillet in French. I did not attend the parade on the Champs Elysées but did see the display of aircraft. Beyond an aversion to the noise and their bellicose raison d'être, I felt a certain awe, a surge of adrenalin as the planes roared overhead... 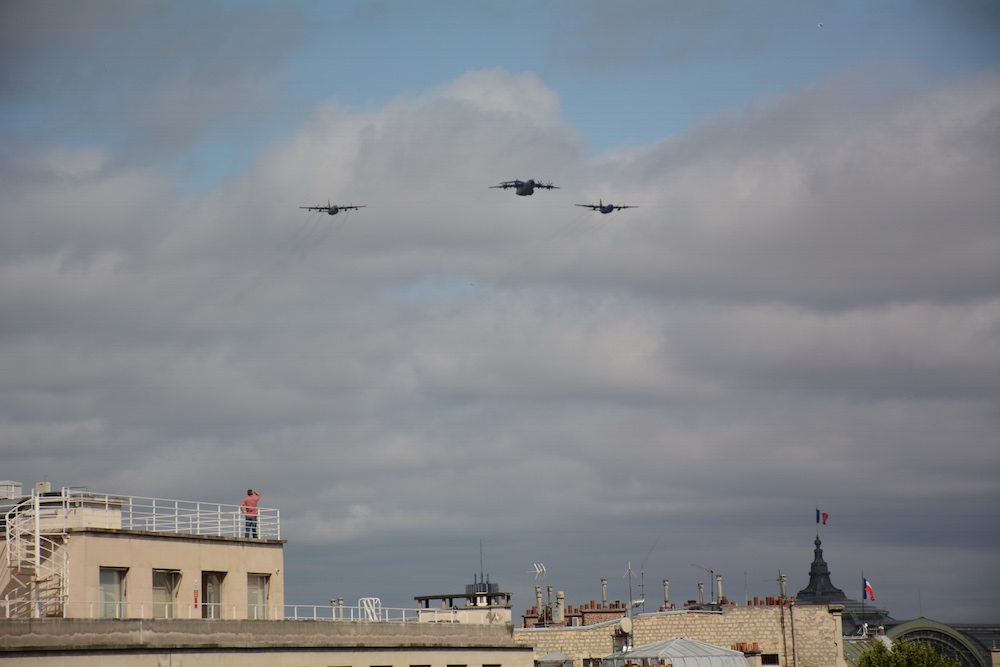 and emotion when the troops trooped down the boulevard St Germain, especially those singing their hearts out... 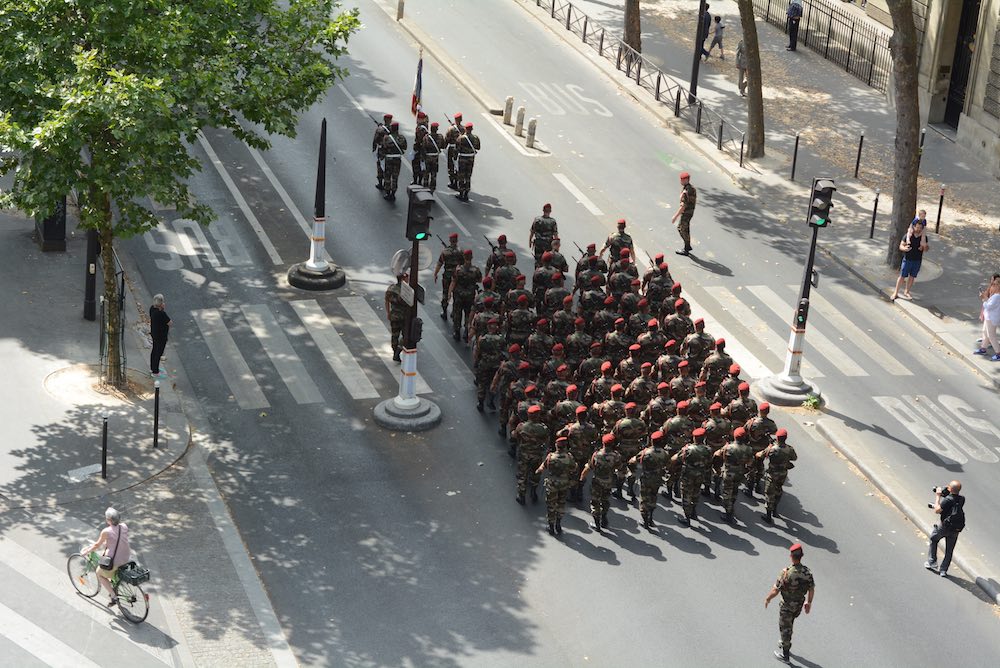 On le 14 juillet they seem not warriors or war-mongers, just people dedicated to protecting other people. Us.

Vive la République, bureaucracy and all.