We have started watching a truly great two-season German television series, Weissensee. It’s a Romeo and Juliet story that takes place in East Berlin in the 1980s. Martin and Julia fall in love. Martin is a local policeman; his father and brother Falk are Stasi officers. Julia works at a cosmetic shop; her mother is a well-known singer, critical of the government. Martin’s father Hans and Julia’s mother Dunya were also lovers; in fact they are secretly still in love but true love is a doomed sentiment for young and old in the GDR, where the likes of ambitious Stasi officer Falk (a Richard III, minus the hunchback) are always watching, arresting and punishing. The story, the characters are indeed Shakespearean.

So yesterday I drove in the direction of Weissensee, to the Prenzlauerberg Volkspark, for Elsa’s daily walk. Like the others, there are two hills, both built from rubble. One is really steep but looking around the area, it’s not surprising. All the buildings are post-war so much rubble must have been dumped here. The park has a wild, heath-like feel to it, partly because it wasn’t crowded. Even the people I did see were quiet, appeared almost to be walking on tip-toe. There’s still this feeling sometimes in the east. The hush of distrust, the effort of living life under the radar.

The Jewish Cemetery is not far, is actually in the area of Weissensee. It abuts a Christian cemetery, St Hedwig, with a quaint country church feel. The neighbourhood is intimate and inviting, with quite a few buildings that survived the war. In the Jewish cemetery, apparently the largest in Europe, trees tower over the allées. Grave after grave, many of the them black obelisks, though there are also grand sepulchres. 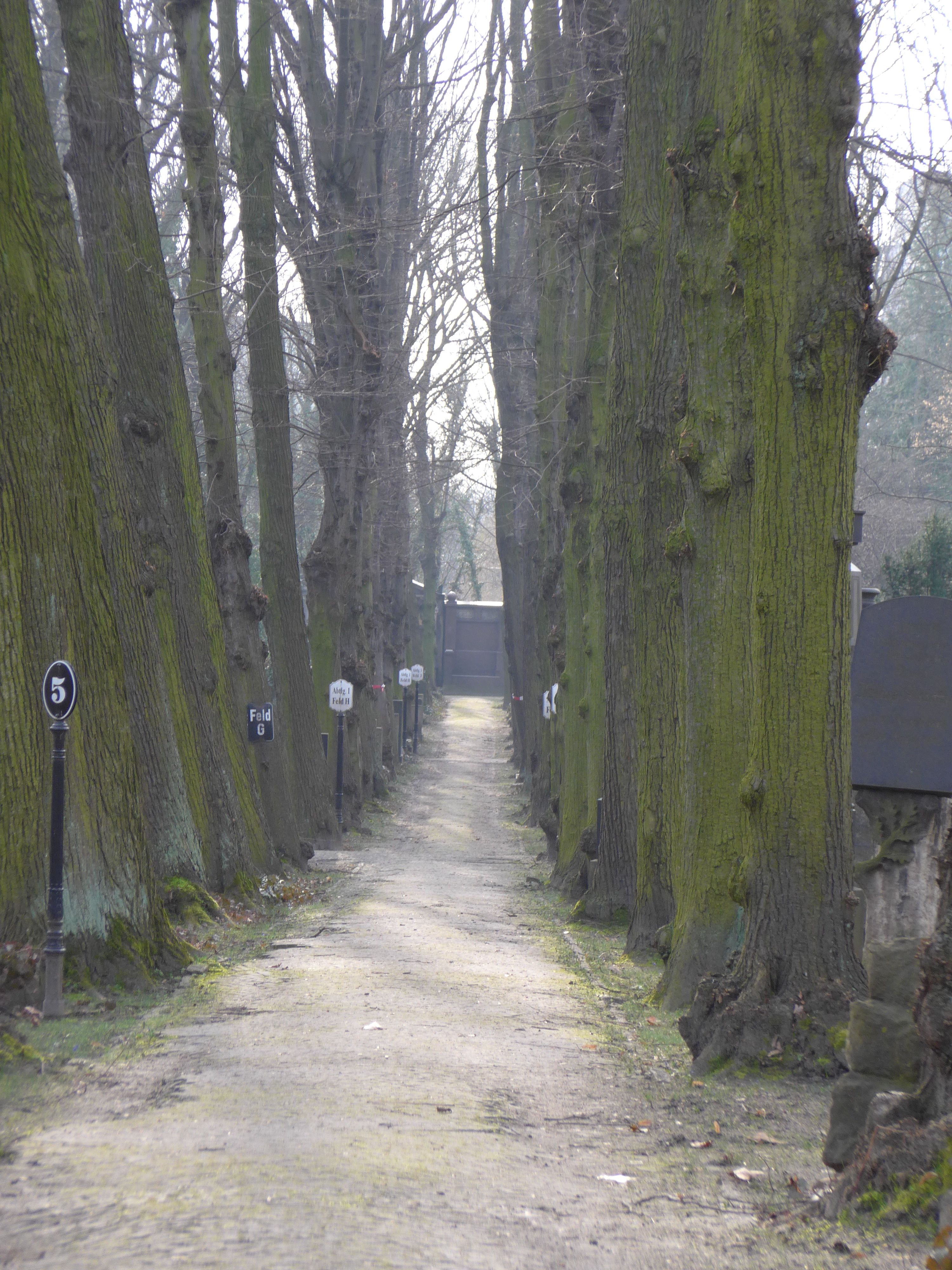 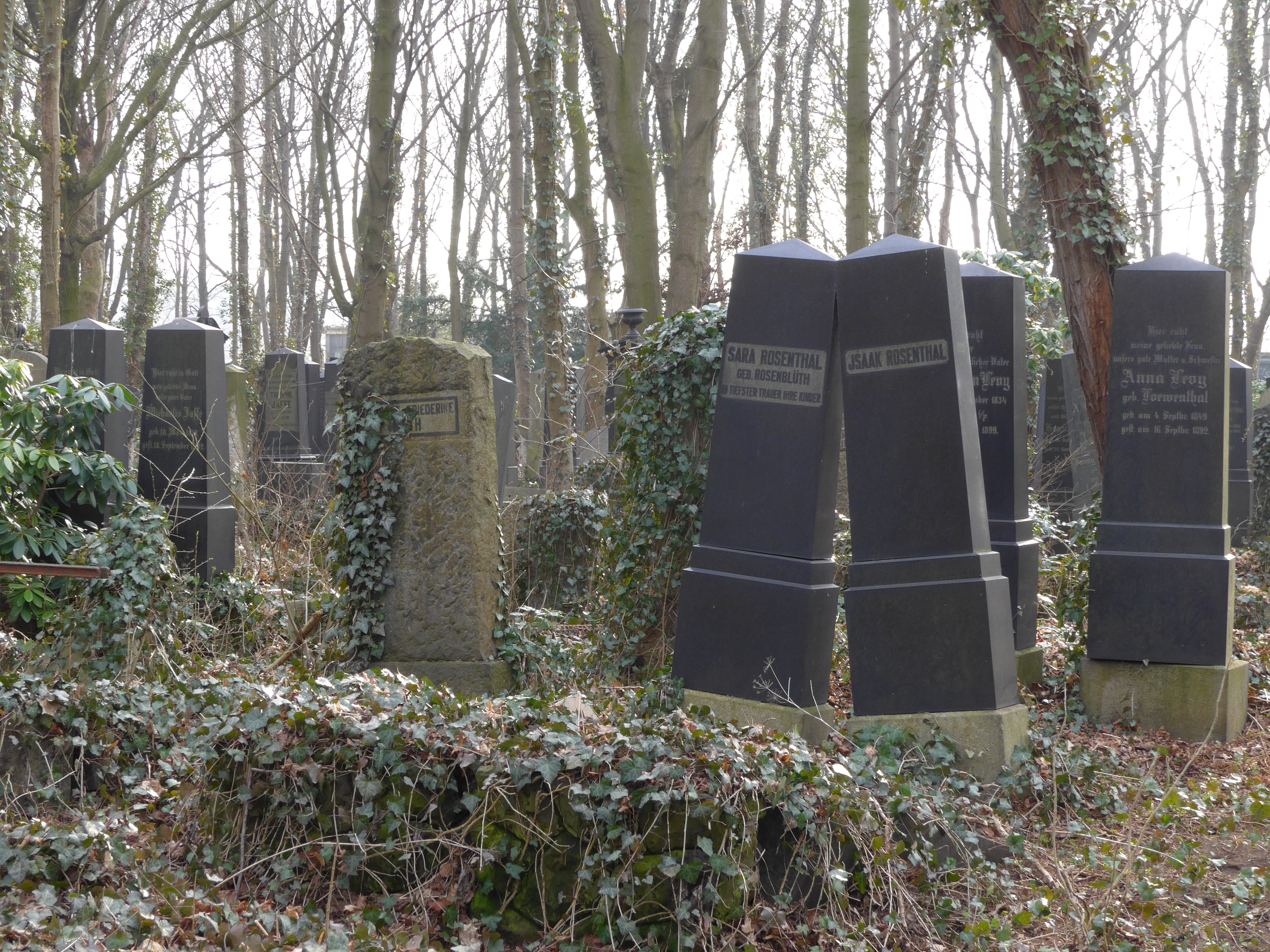 There were many deaths between 1915 and 1935 and I couldn’t help thinking they were the lucky ones, the ones to die before the Nazis started killing them.

Except when I got home and looked up the cemetery on the internet, I learned that between 1935 and 1942 there was in fact a surge in suicides, Jews terrified by Hitler. The cemetery could hardly keep up.