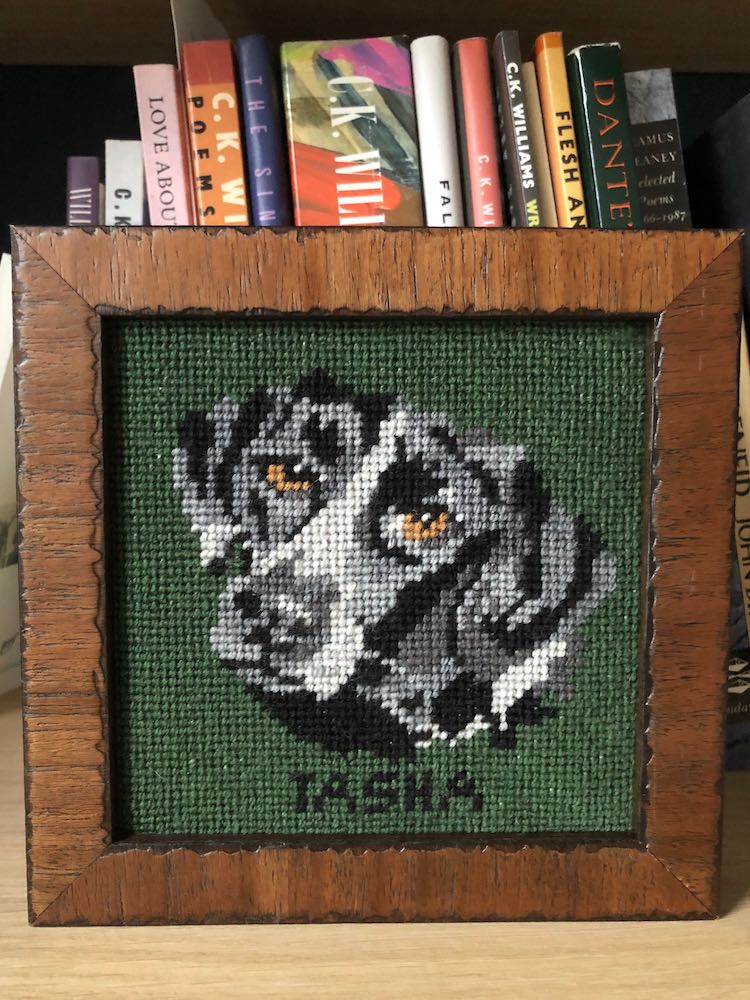 It has been almost two years since Tasha crash-landed into our life. But since we were in India last December, this has been her first Christmas en famille.

And she had to jump in at the deep end; there were no concessions for Tasha being a novice to the holiday's rites and traditions. The whole family, minus Christopher’s fiancée Kerry but including my sister Catharine, gathered here in Paris. People travelled from London, Berlin, Chicago and Los Angeles and we were 12 around the dining room table that we fortunately recently inherited because all the leaves were put to work. 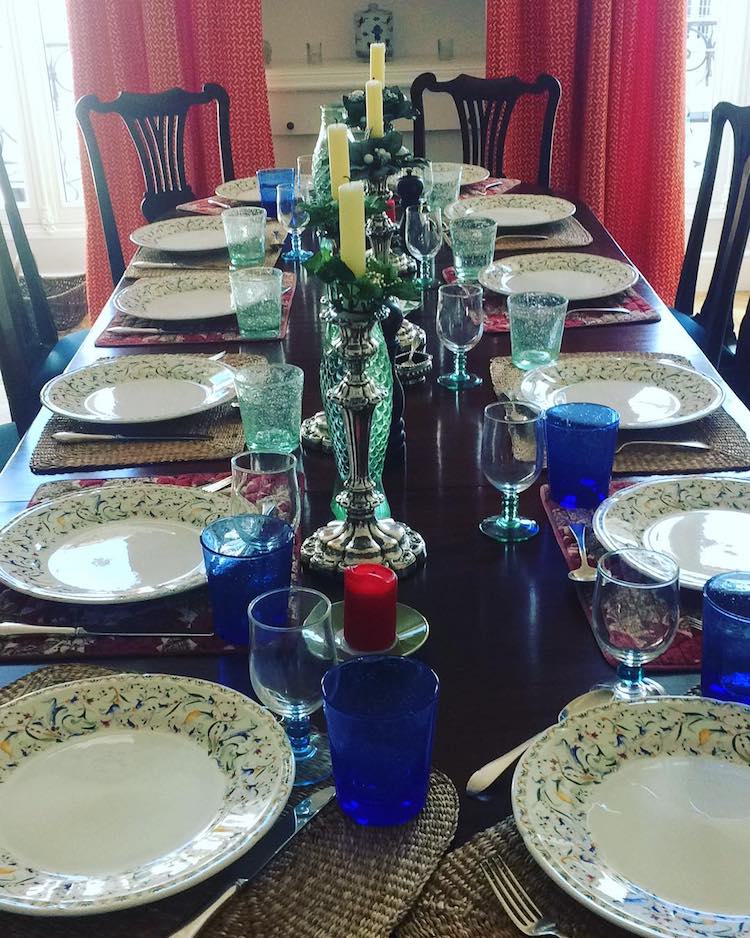 (photo by Fanny B)

Given that we had just returned from Berlin to an almost-renovated apartment (workers spent one morning after our arrival putting up shades; as of this writing some shelves are still missing and a bare, dangling light bulb still graces our lives!), this was an unusually challenging exploit for the human as well as the canine residents. Besides buying Christmas and stocking presents for everyone, we needed to stock up on basic supplies, as well as Christmas specialities, then cook, bake, cook. We were not used to so many people coming and going, to trees in the living room. We felt nervous and suspicious... 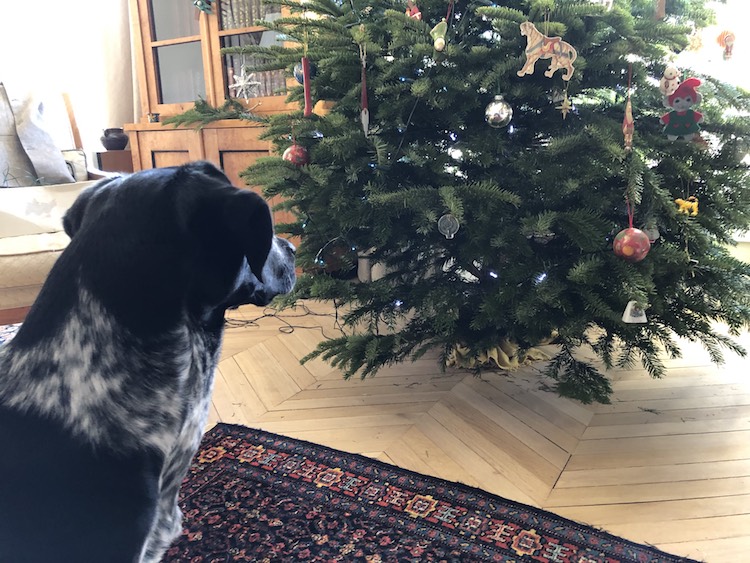 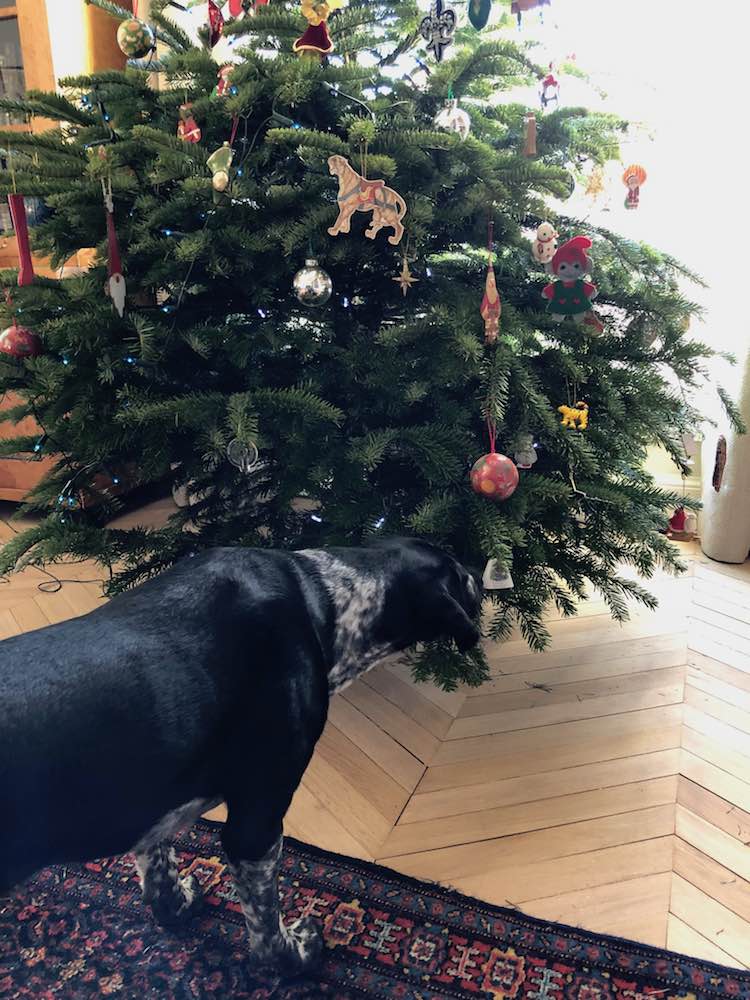 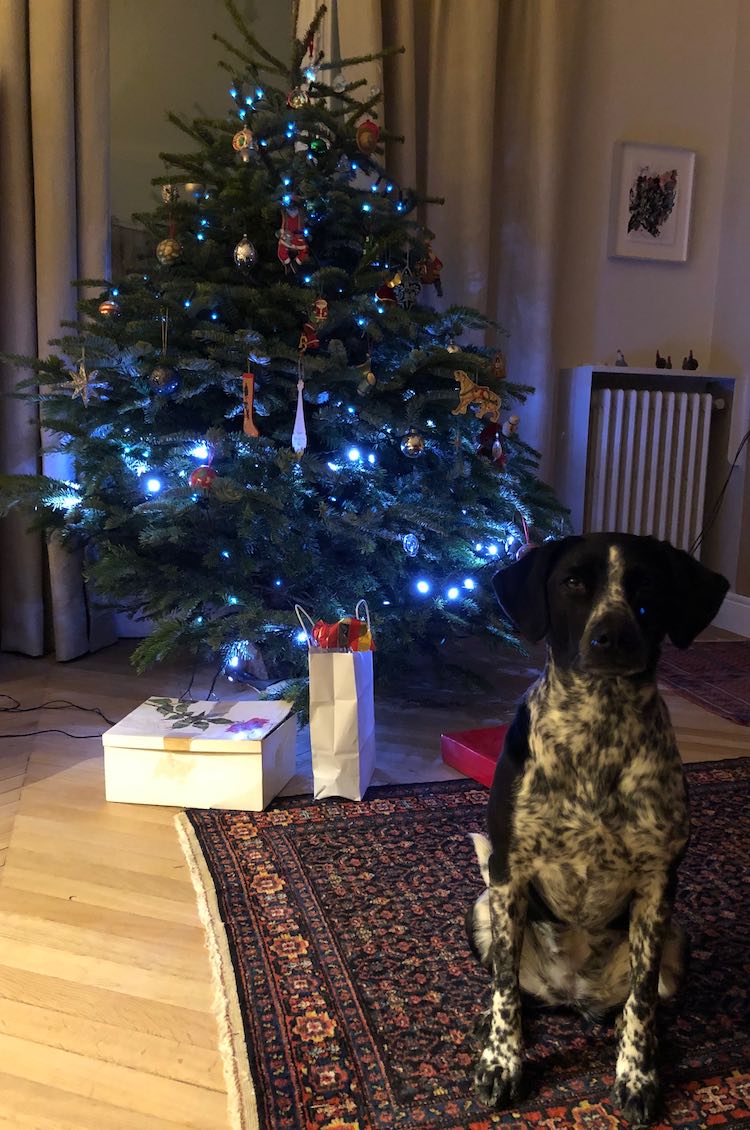 ...we barked inhospitably and often. But the many hands lightened the work, created a friendly buzz. They also provided much attention and leniency on the no-jumping on people or furniture rules... 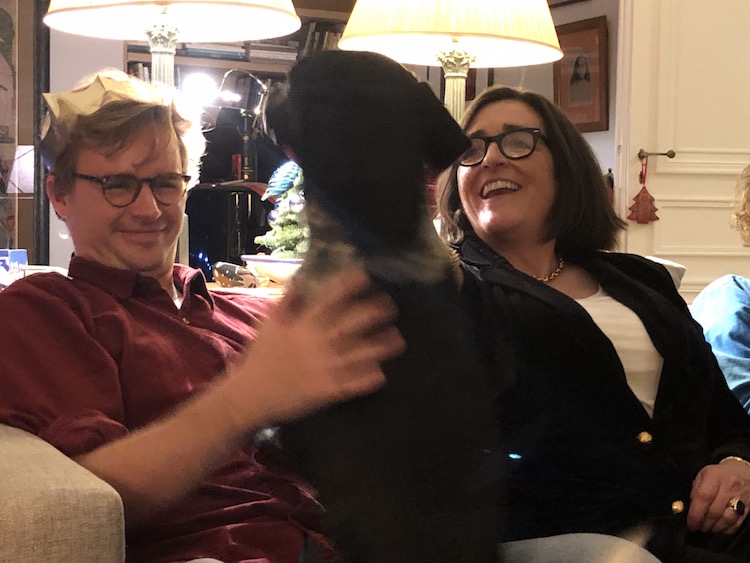 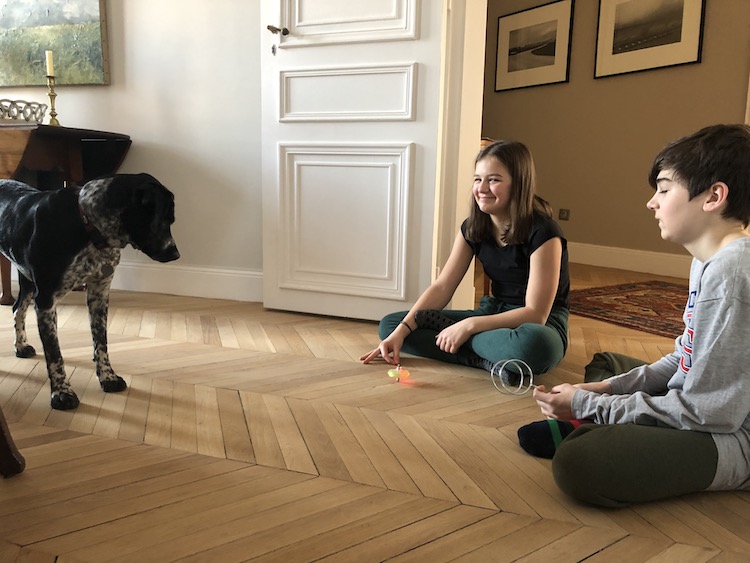 with Fanny and Victor's neon top 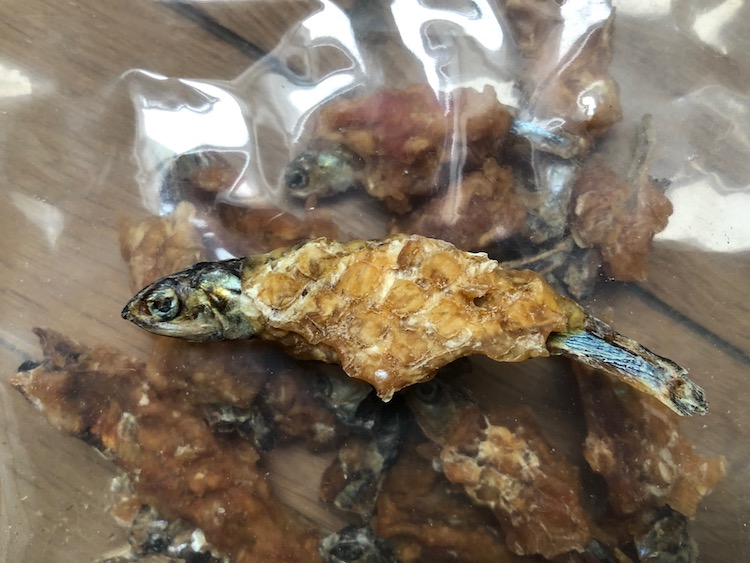 A whole bag of stinky favourites

On Christmas Eve there were presents, like the top photo portrait that Catharine needlepointed, and on Christmas morning stocking treats. 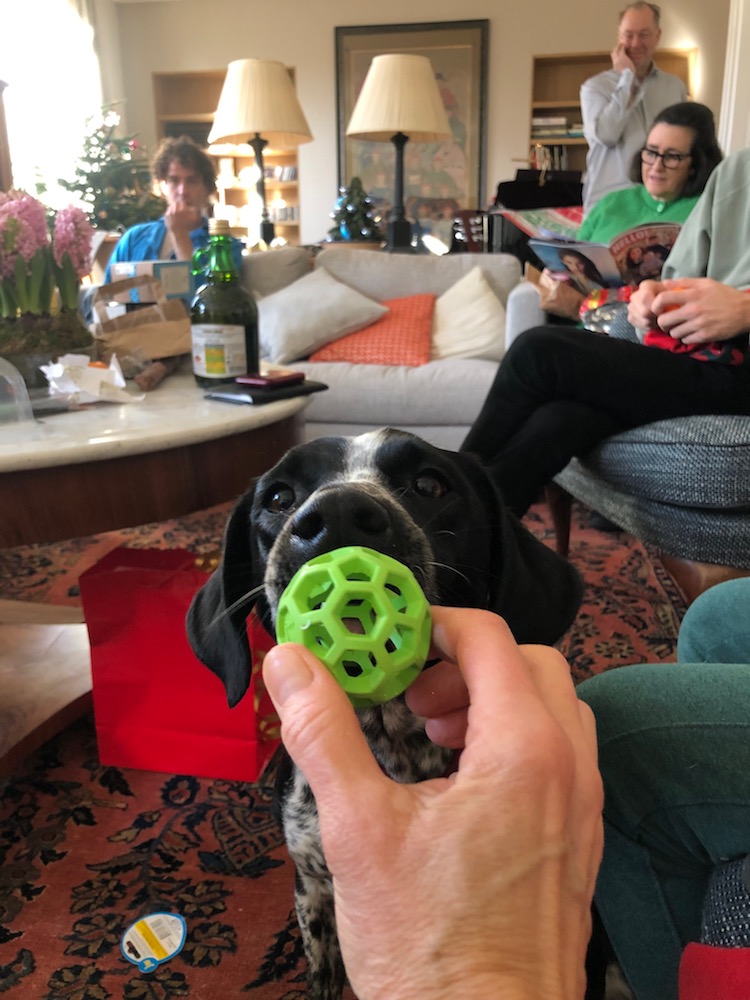 Once Christmas lunch was finally over, there was the traditional Family Walk. It was sometimes more fun for the humans... 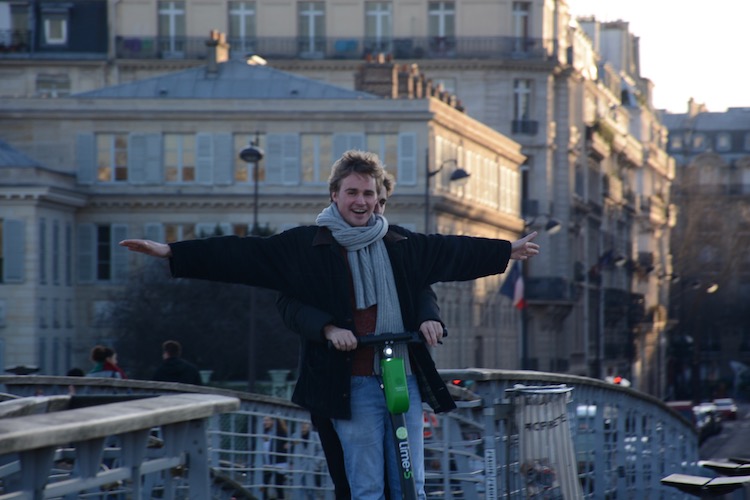 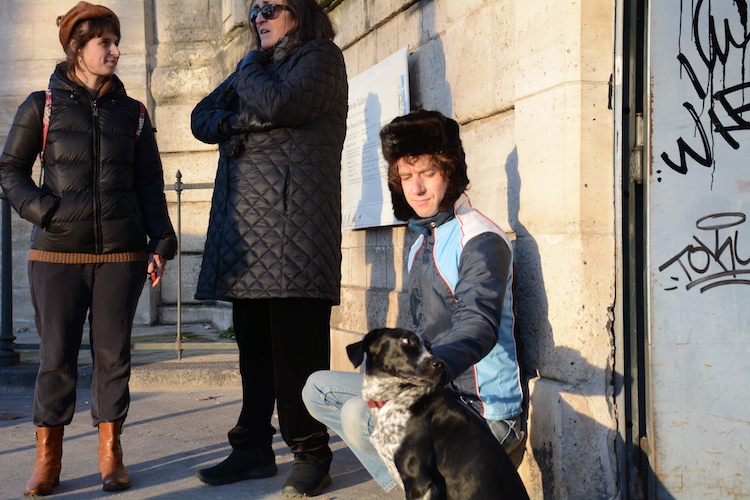 ...but in the end not so bad for dogs either. 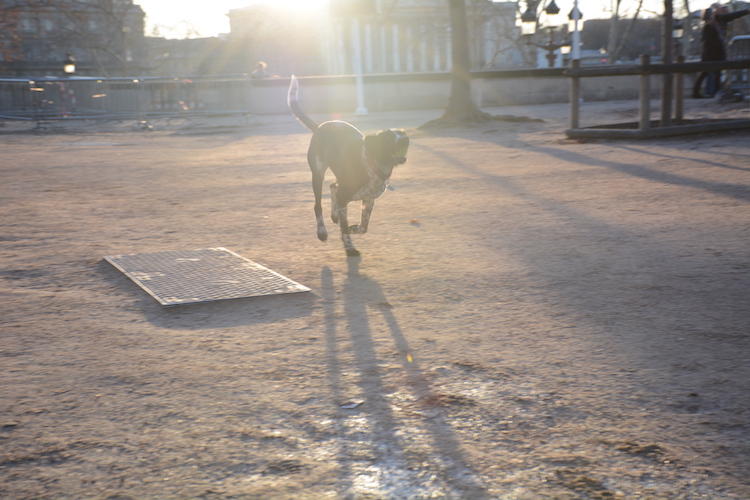 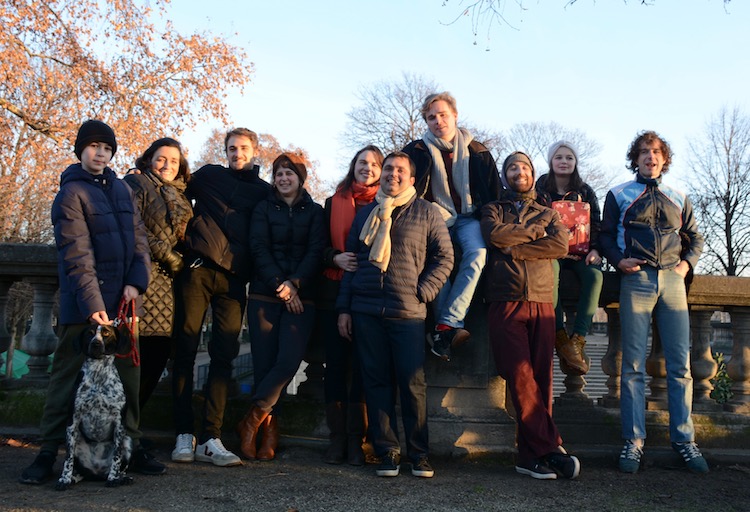 The greatest revelation of the last week, however, has been that unlike any other activity - chasing the ball, long walks or runs or even bike rides - the hectic Yuletide festivities actually tired Tasha out. 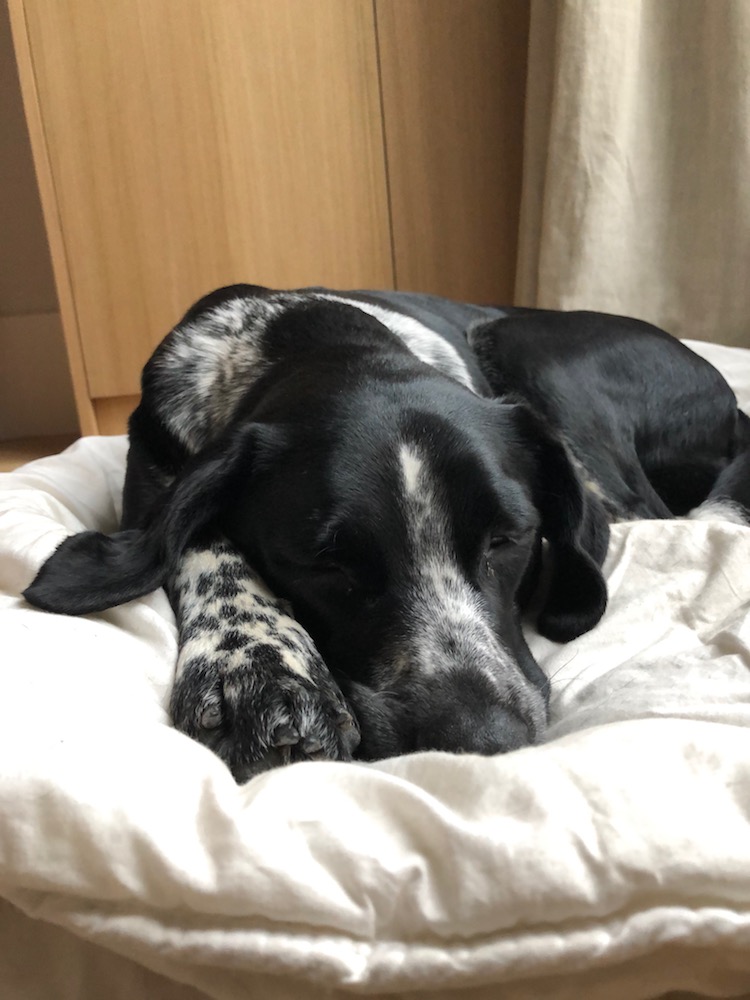 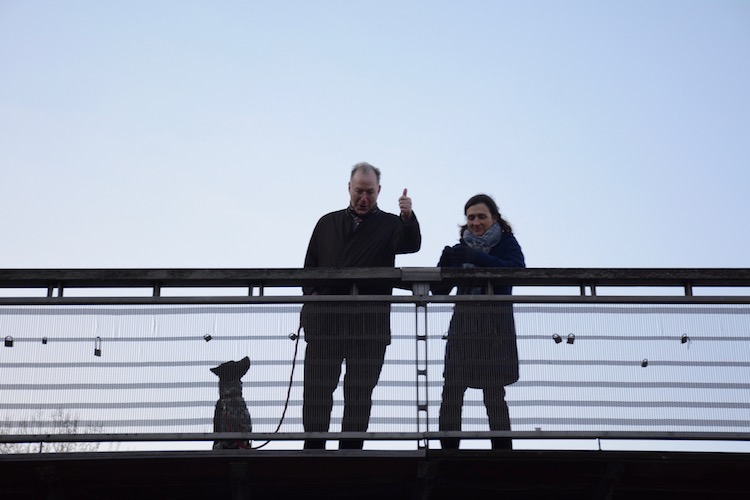