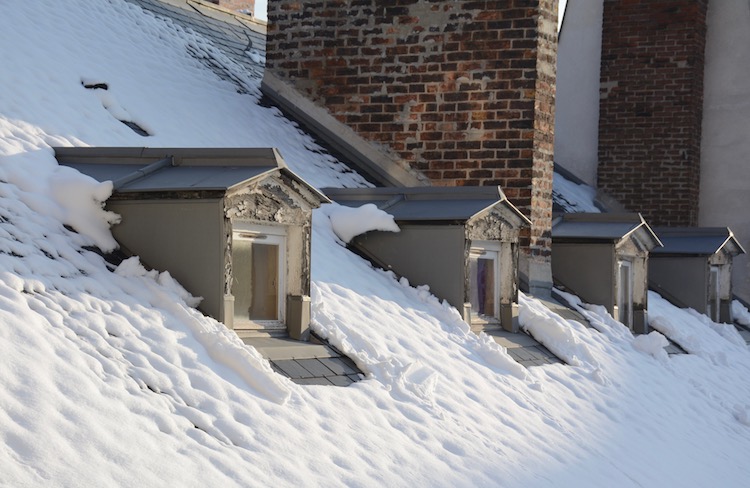 Paris is an old city that has suffered many a blow. For at least the last 10,000 years humans have resided on the banks of the Seine. In around 250 BC the Celtic Parisii tribe developed the first real settlement on the Ile-de-la Cité. Over the course of its history Paris has endured occupation by Barbarians, Romans, Germans; it has survived multiple revolutions. 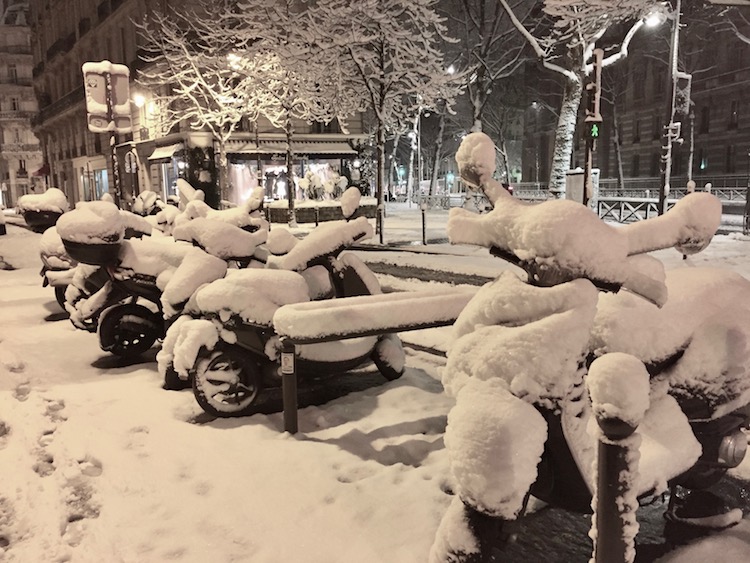 outside our front door, Wednesday, 7.15am

The eerie hush that snow creates was magnified by scant traffic. Those drivers who had dared brave the day were advancing with a most un-Parisian caution. On the radio there were stories of roads leading in and out of the city that had been closed, of drivers being forced to abandon their cars and trucks. 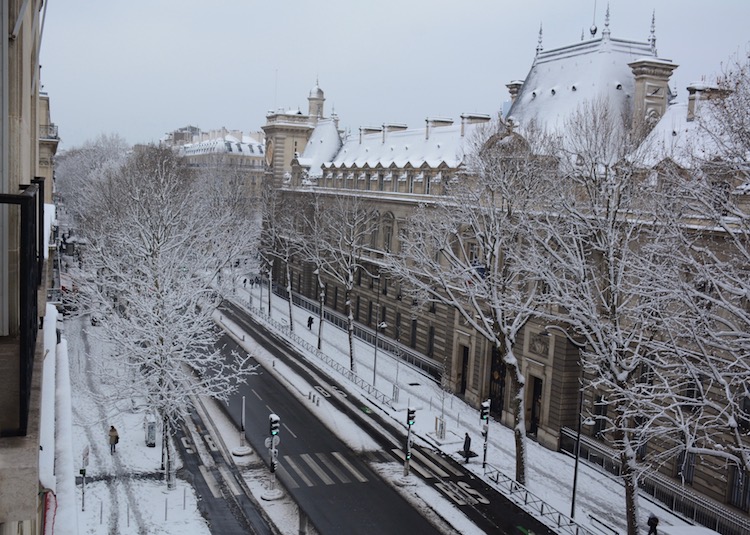 Even by mid-day Paris felt like a Sunday. There were no buses. Métro and train traffic was disturbed. Planes were delayed for hours. When a few intrepid pedestrians began to emerge in their hiking shoes or après-ski boots, they walked tentatively, without their usual Paris aplomb. Deliveries were undelivered and even as of yesterday, a fellow customer looking for eggs at our Carrefour Market was sent away empty-handed.

As the week advanced, snow had turned to slush, then ice, some of it black ice in mesmerising, albeit treacherous, patterns. 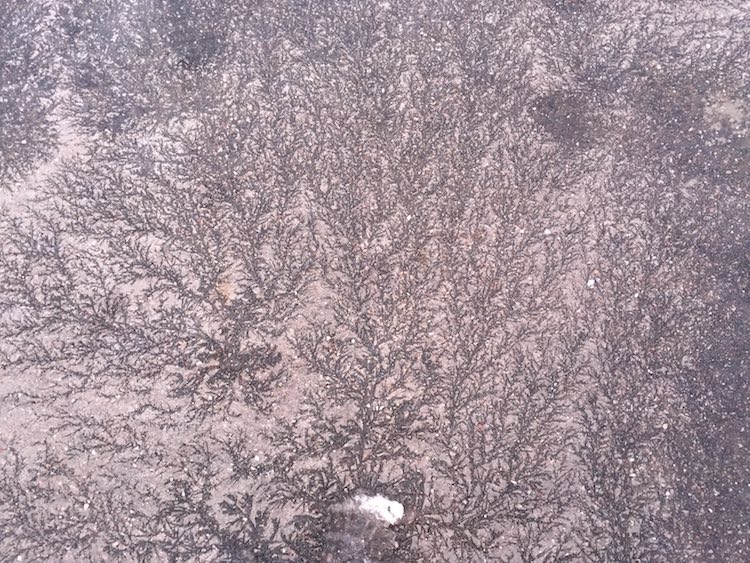 All this on top of the still flooded Seine. 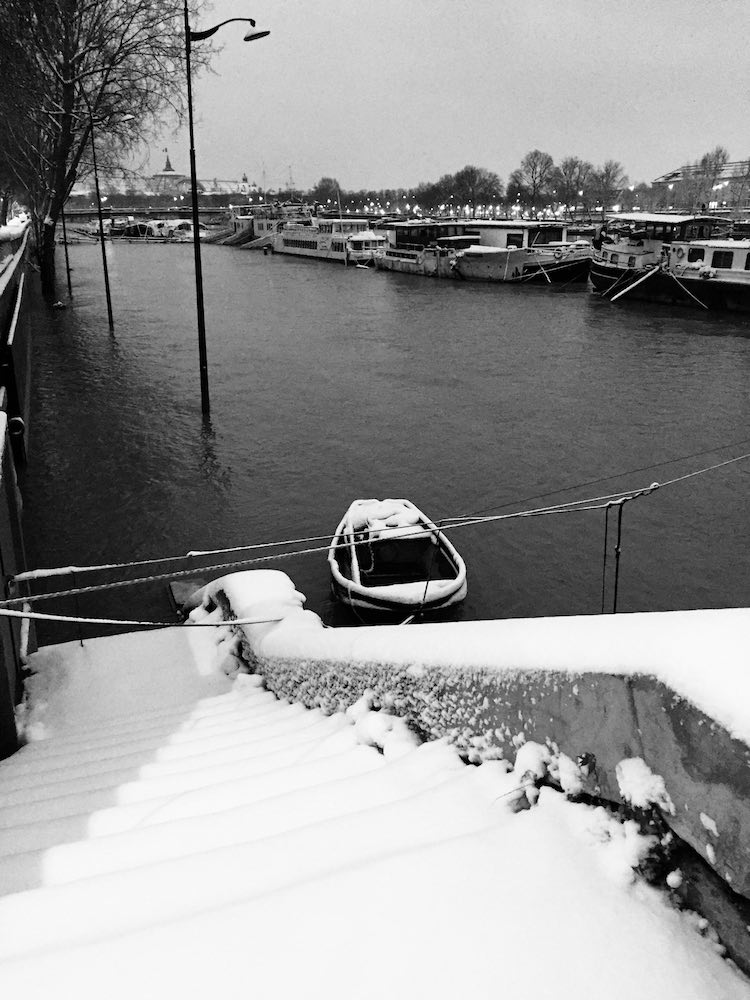 But it's hard to resist the charms of snow and except for shopkeepers complaining about slow business and inveterate grumps grumbling about the city's lack of preparation, most people have taken pleasure in this latest meteorological assault on their lives. 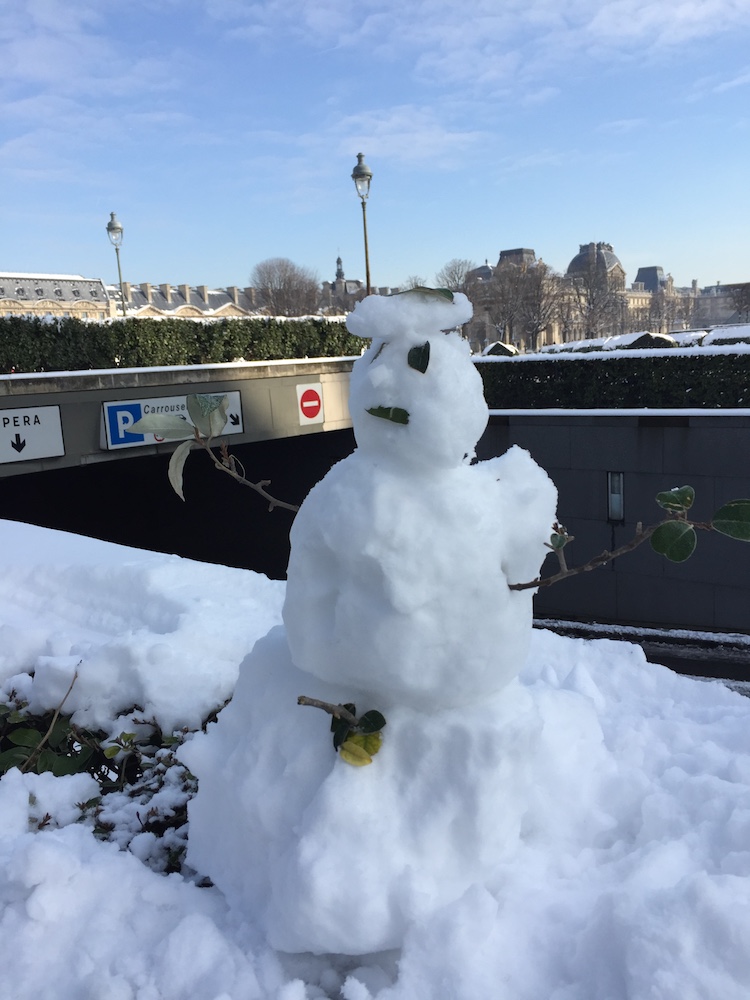 Since it is only the third storm of over 10 cm in 30 years, I don’t begrudge the city for its lack of snow-clearing equipment. I do take umbrage, however, at the Tuileries gardens being closed for the last three days - even once the sun came out. 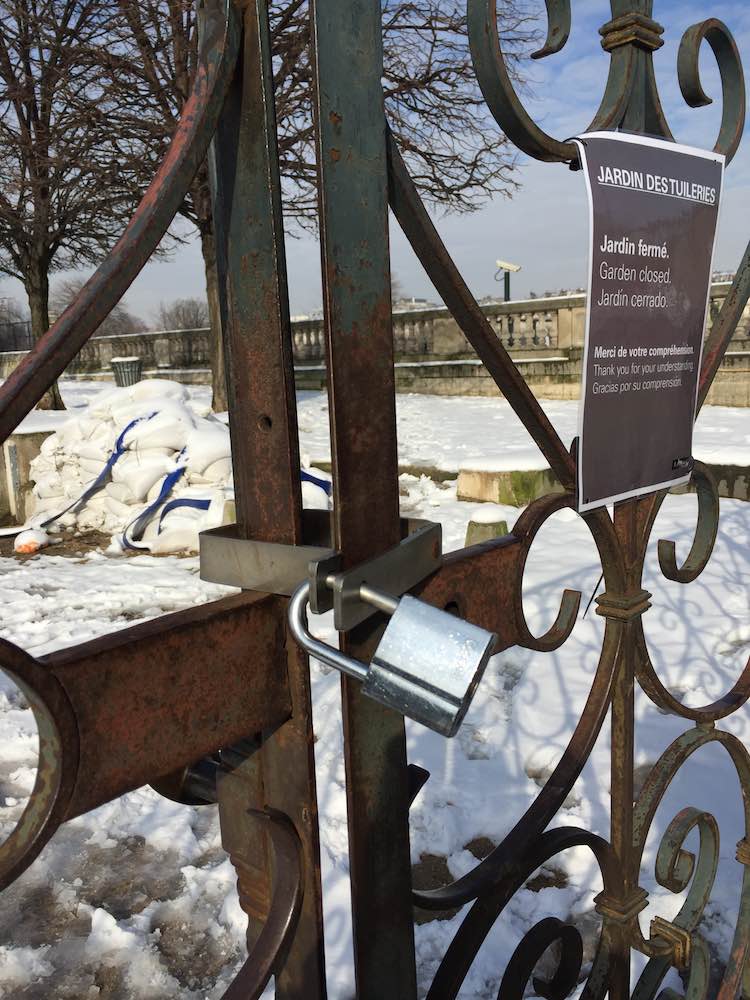 Because dogs too love the snow. It makes them very frisky and playful. So how could the authorities have locked us out? What killjoys.

With the terraces inaccessible and the banks of the Seine under water, what’s a dog to do?

Fortunately there's still some space along the Seine, above the flooding... 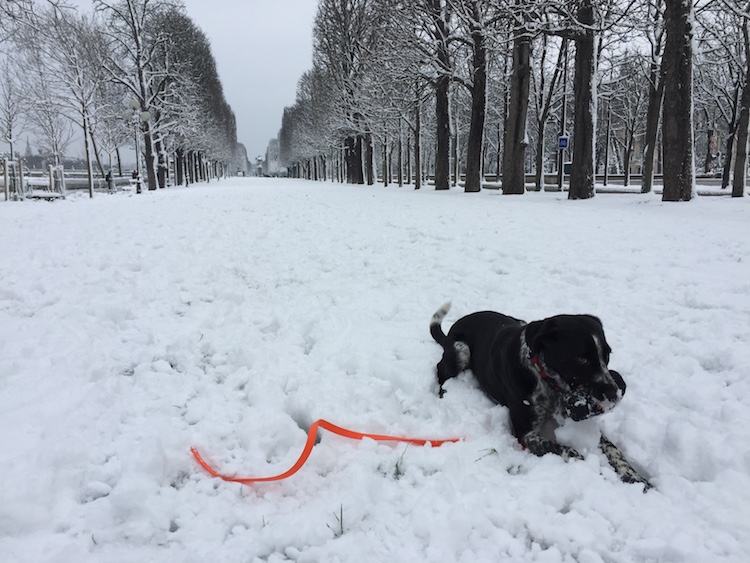 And there's the lawn in front of the Louvre, where Koffi et Compagnie hold court, snow or shine... 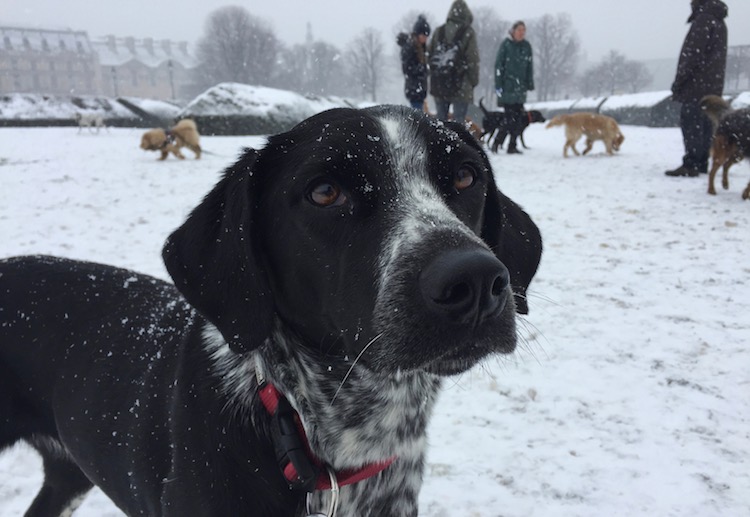 Tasha has been able to frolic and of course bark, at her first snowman - one much bigger and scarier than the guy pictured above.

Personally I am delighted and not just by the snow. The low temperatures are also welcome. This has been a frighteningly warm winter and a good freeze was in order. It kills bugs and their eggs and impedes their march to take over the world. It stops birds and trees from thinking it's spring in February. With Paris covered in forgetful snow, climate change is taking a rest from the frontal lobe of my brain. The whitened landscape has helped distract me from plunging stock markets and escalated warmongering.

Snow on, I say, until I think about what will happen to the poor Seine once it all melts and the rain starts again later next week. 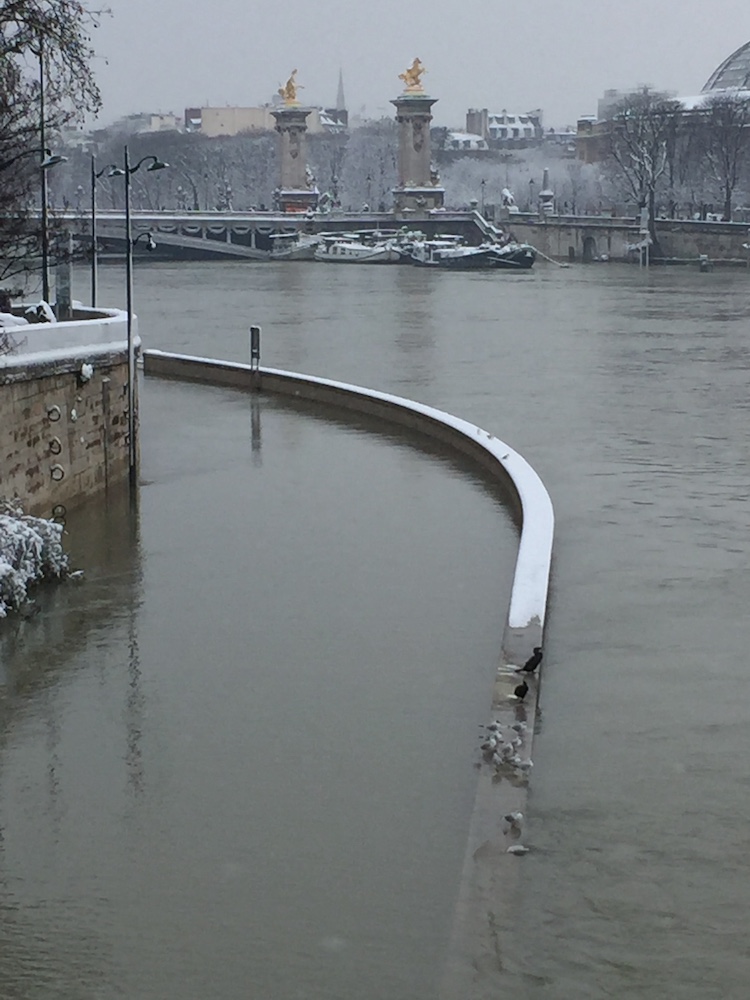