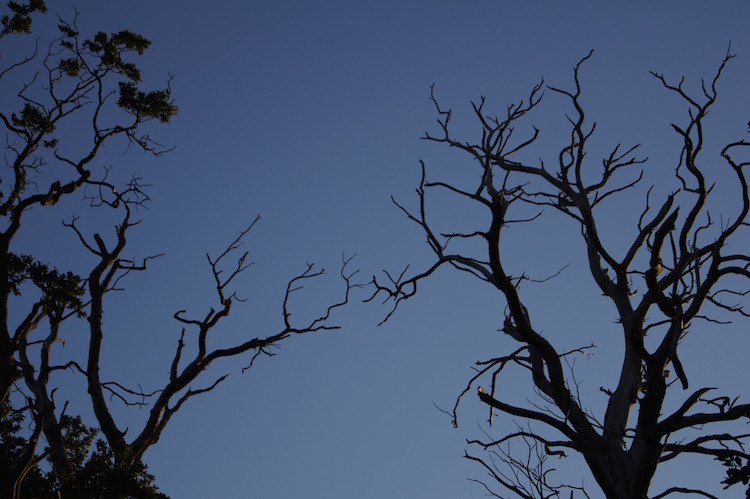 Monday afternoon I flew from Paris to Berlin. I travelled with my British passport, a document I have carried with pride for over 30 years. My British nationality, gained through marriage to my first husband Charles, has meant I am part of Europe, the continent to which I feel I belong, which feels like home.

But Monday I kept my head down, my eyes averted, the face of my passport hidden. I was afraid a French, German or other European might bop me over the head. Or worse. 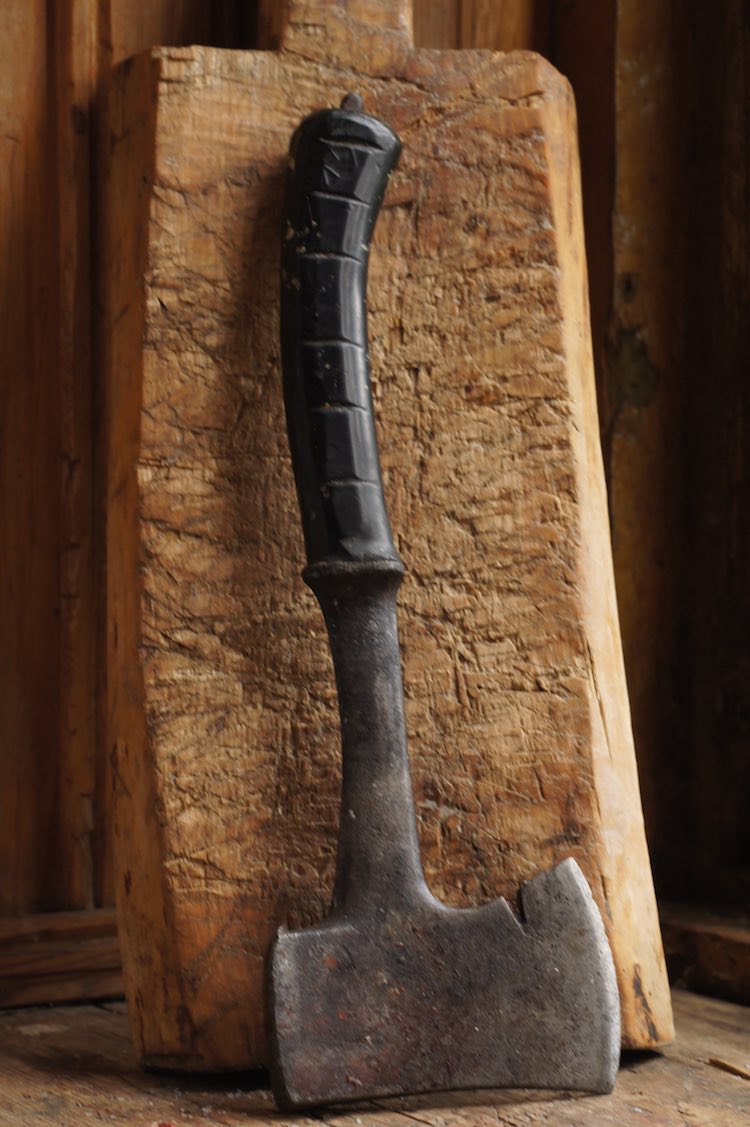 Like many others, I have been deeply shaken by the 23 June Brexit vote. Unlike many others, I was not actually surprised by the result. Referenda, in my humble opinion, are a terrible idea. In the first place it seems madness to make a momentous decision, one with incalculable repercussions on a country’s future, on the basis of a simple majority. Does this chart, for example, make the vote seem ‘fair’?

Referenda are also an invitation for people to complain, to let off steam in a general way. They are a perfect occasion to whip up fear and anger and distort the issue at hand. And since people get a chance to express their discontent at every new election cycle, I just don't see the point. 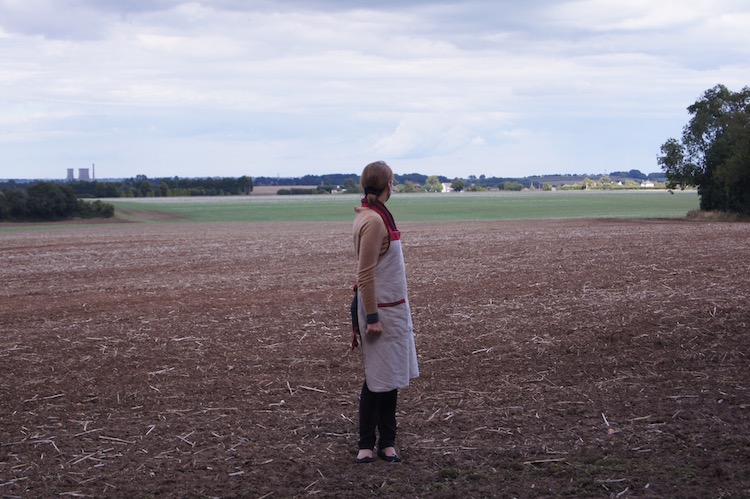 Victoria not far from the English Channel, looking east

I have tried to see Brexit as something other than an unmitigated disaster but to no avail. When have decisions to look back and inward, rather than out and forward, made for a better world? I agree that the EU is out of touch and in need of reform but hasn't Europe fared better with than without it? 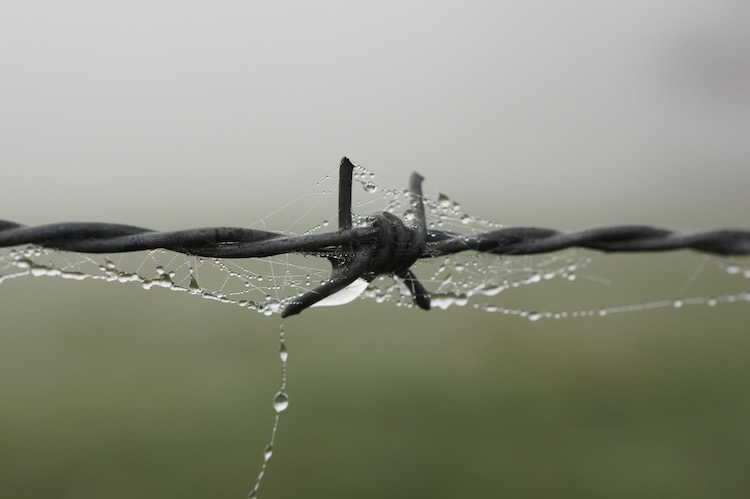 Now, the British economy is in free-fall and its politics in chaos. Families are being driven apart, with many of those young who voted so massively for Remain not even speaking to their parents. The takeaway line in a recent Guardian article on this subject was the tweet: “I’m never going to stand up for another old person on a train again.”

But the quote that really got me was from this young woman who has studied languages and banked her future on the right to freedom of movement within the EU:

“Now, because of petty quibbles with EU practice, my parents have voted away my right to live and work in nearly 30 countries. Everything I’ve ever studied for, for as long as I can remember, has been thrown away over false constructs of sovereignty and lies about immigration.

“I am presumably one of the citizens who leave voters thought they were winning the country back for. I don’t want their toxic, pathetic little country, it’s not mine. If I had anywhere else to go, I would burn my passport.” 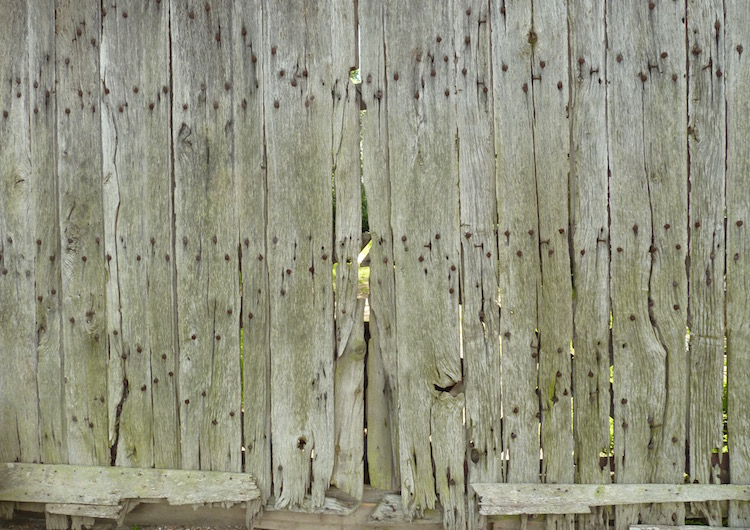 My main reason for going to Berlin this week was to meet two of my ex-sisters-in-law (one Leave, one Remain) and attend a concert performed by my ex-nephew and the rest of the British band Coldplay.

It seemed all too fitting that the concert was taking place at the Olympic Stadium. This grandiose arena was constructed by Hitler for the 1936 Summer Olympics, an event he used as a platform to promote his politics of hate and exclusion. It was in this stadium that Hitler refused to acknowledge Jessie Owens' gold medals because he was black. 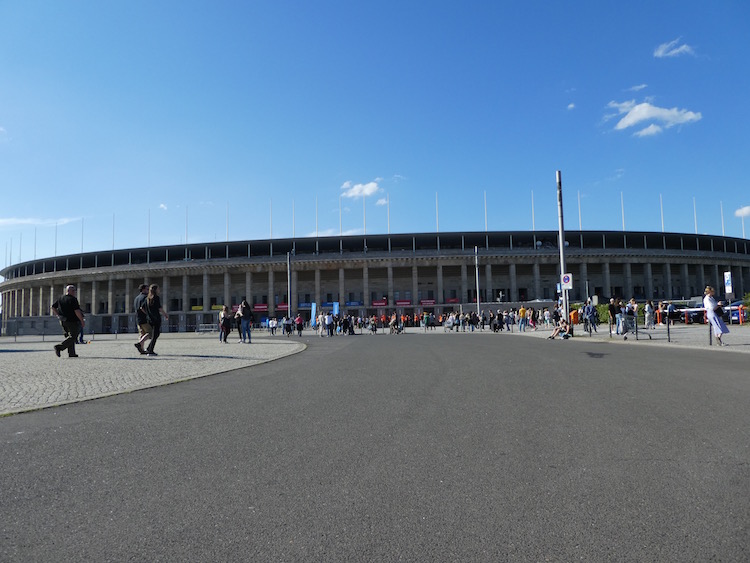 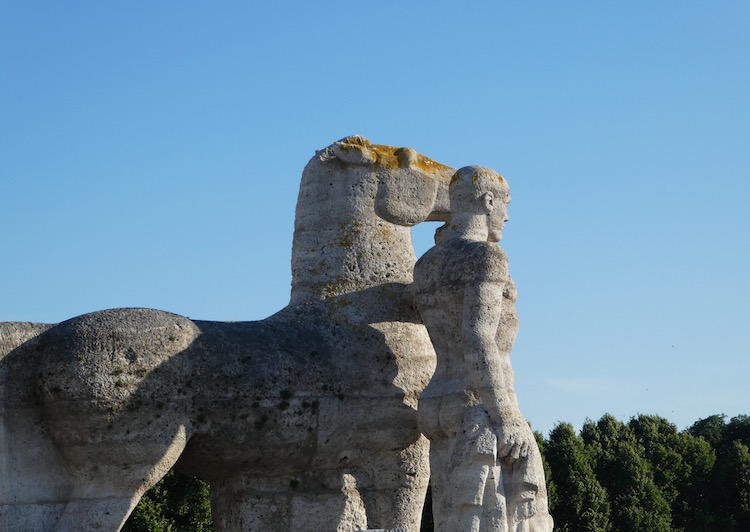 When I got off the S-Bahn at Olympiastadion, I was actually feeling quite anxious about the evening. But then there in front of the stadium were Caroline and Alison, big smiles, waiting for me. They took me inside to the Friends and Family room. The ex-nephew came in for a chat, said once a nephew, always a nephew. For the next two hours Alison and Caroline and I talked and laughed and couldn’t fit in all the things we had to say to one another. The chatter didn't stop until we parted ways again two days later. If no longer officially sisters-in-law, they still feel very much like family and certainly friends. And why shouldn't they? So does Charles.

Once in our concert seats, there were Indians in front of us, Czechs to one side, Germans to another, Spanish behind. Though we may have brought up the average, the crowd was all ages.

Chris Martin diplomatically began: “People in Britain are acting a bit strangely at the moment, but I’m really happy to be here in Berlin." Referring to the shared ancestry of the Anglos and the Saxons and the German blood in the British royal family, he added: "Hey, after all, we’re cousins.” 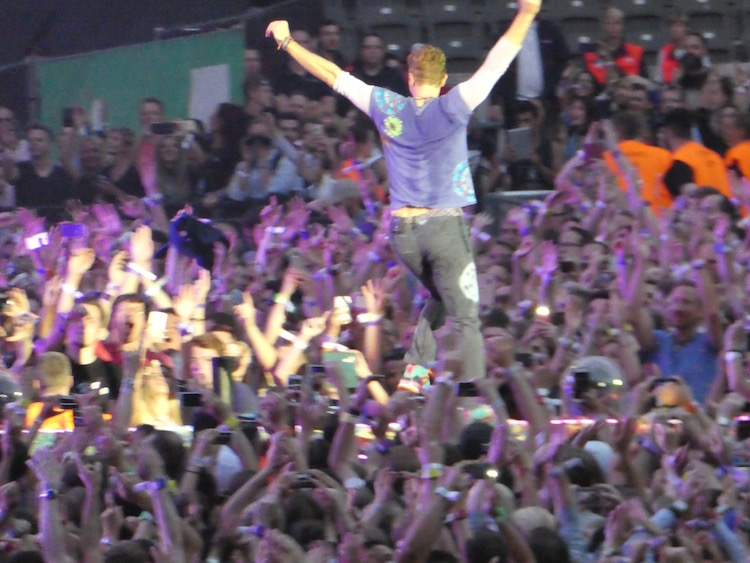 The band's message is all about bringing people together, their concerts all about making people feel good. And indeed there they/we were, all 80,000 of them/us, singing and dancing and waving our arms in unison.

It did feel good, even great.

Soon I’ll have to think about what to do, feeling European but carrying a perhaps useless British passport. But for the moment I’m still riding the wave of that evening and what brings us together, not what tears us apart. 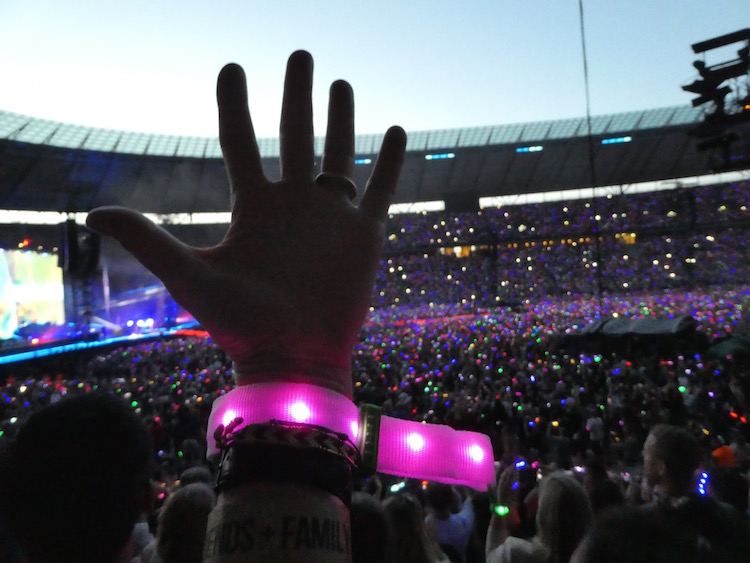