One of my early odd jobs in Paris was teaching English to a journalist at Radio France. Twice a week I would set off from the Latin Quarter on my bicycle. The time it took me to get to the Maison de la Radio depended on whether or not I made the light at the corner of the rue de l’Université and the boulevard St Germain. Often I missed it and as I waited for the light to change, I would admire the green door of the building on the corner, wonder about the people who lived behind it.

Fifteen years later, I was one of the people living behind that green door.

This is what I would call a vertical memory, one that goes deep, has different strata. In my Paris life, there's one on practically every corner. In a new city, however, the days skitter along the surface; memories remain horizontal for quite some time.

But Berlin’s not so new anymore. One begins to feel part of the morning in Alt-Treptow.

Will it ever be 7.30 and will she in fact stop working on time and take me out? 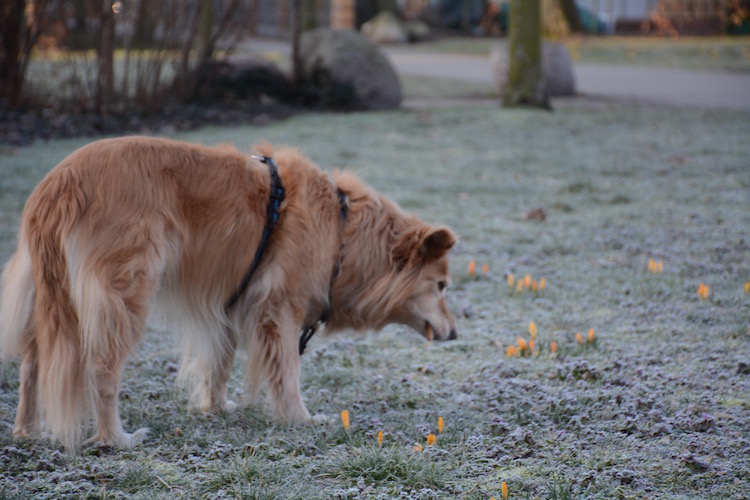 As usual someone dropped half a cheese and salami sandwich and as usual I've got to it before she can stop me. How odd the croci surfaced in February. 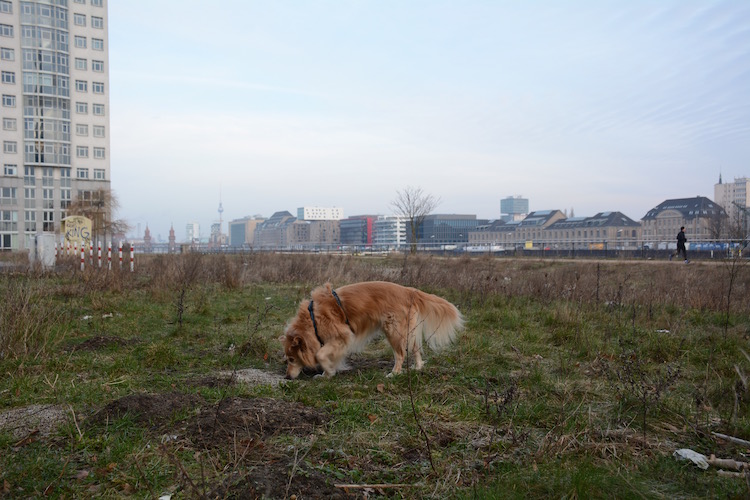 Every morning I am thankful for this patch of wasteland and its treasure trove of smells. The view of the city's not bad either. I shudder to think that one day I will arrive and construction of the three towers planned for this blessed spot will be underway.

Another park in what used to be no-man's land between East and West Berlin. Also rich in smells and the possibility of food. 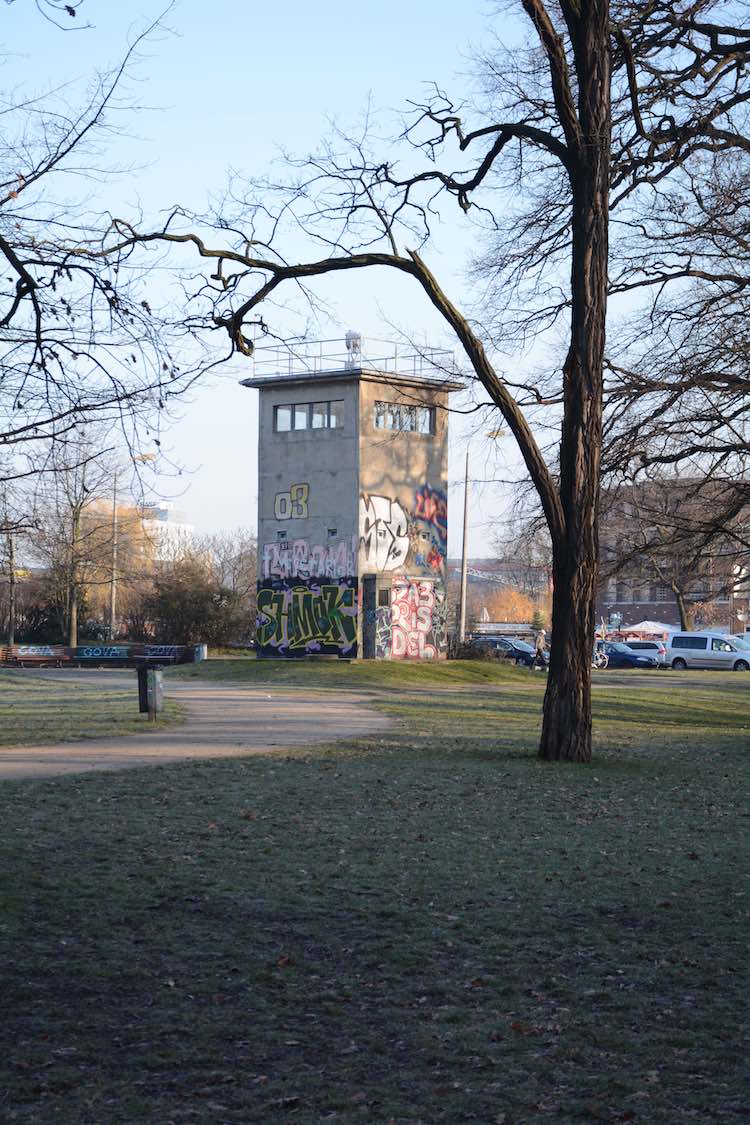 But also a daily reminder that once there would have been no bright graffiti and no sniffing, except for possible defectors. 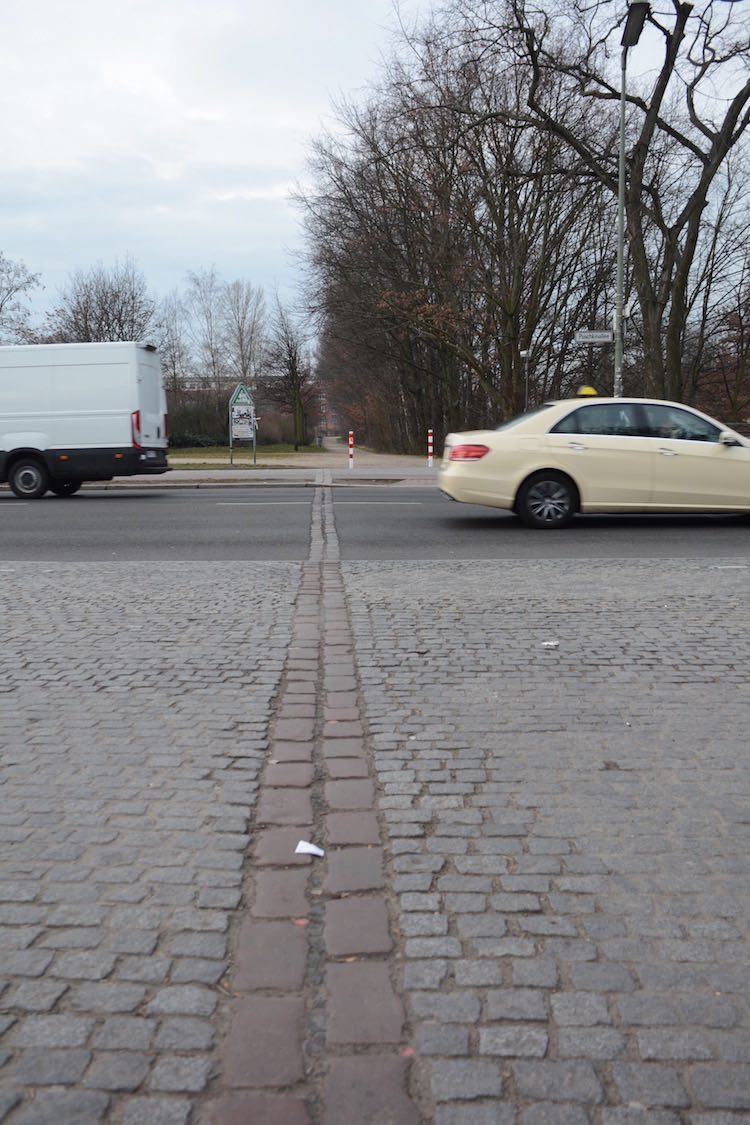 That once a wall divided the city and I would not have been straddling the line of brown paving stones which now snakes through the city in its place. 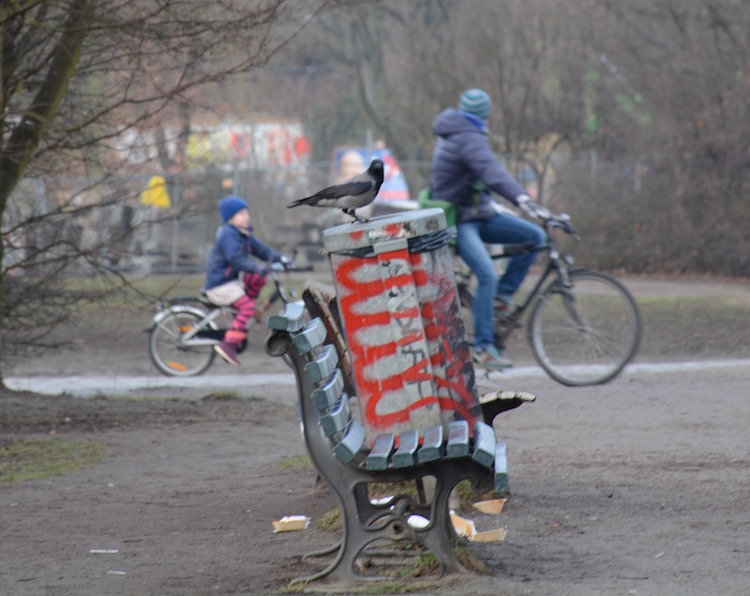 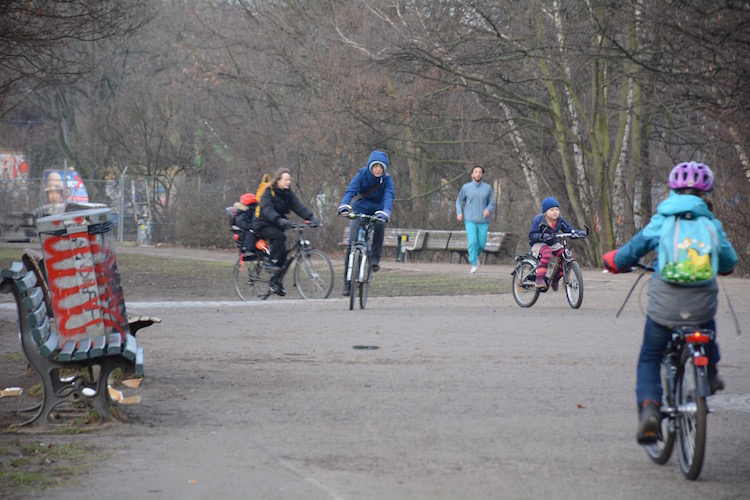 because there's a lot of traffic in the morning. But fortunately there's yet another park, on what used to be a railway line. 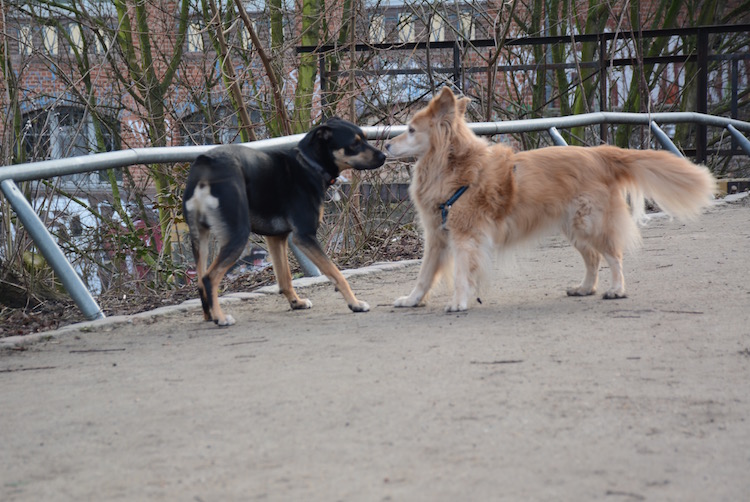 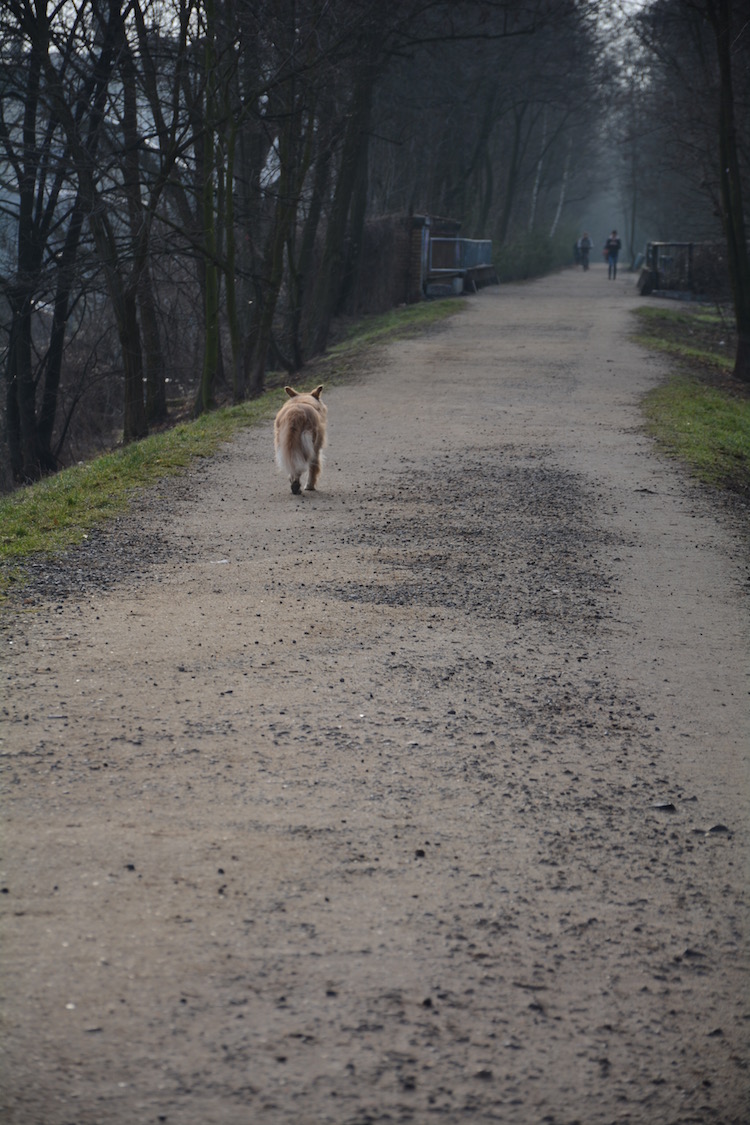 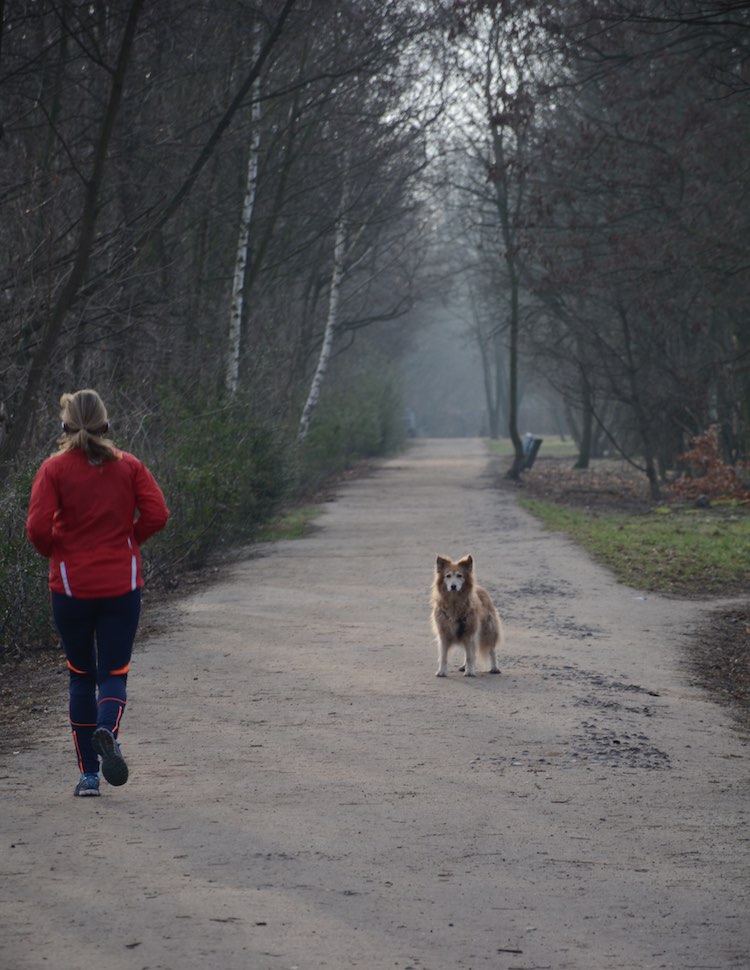 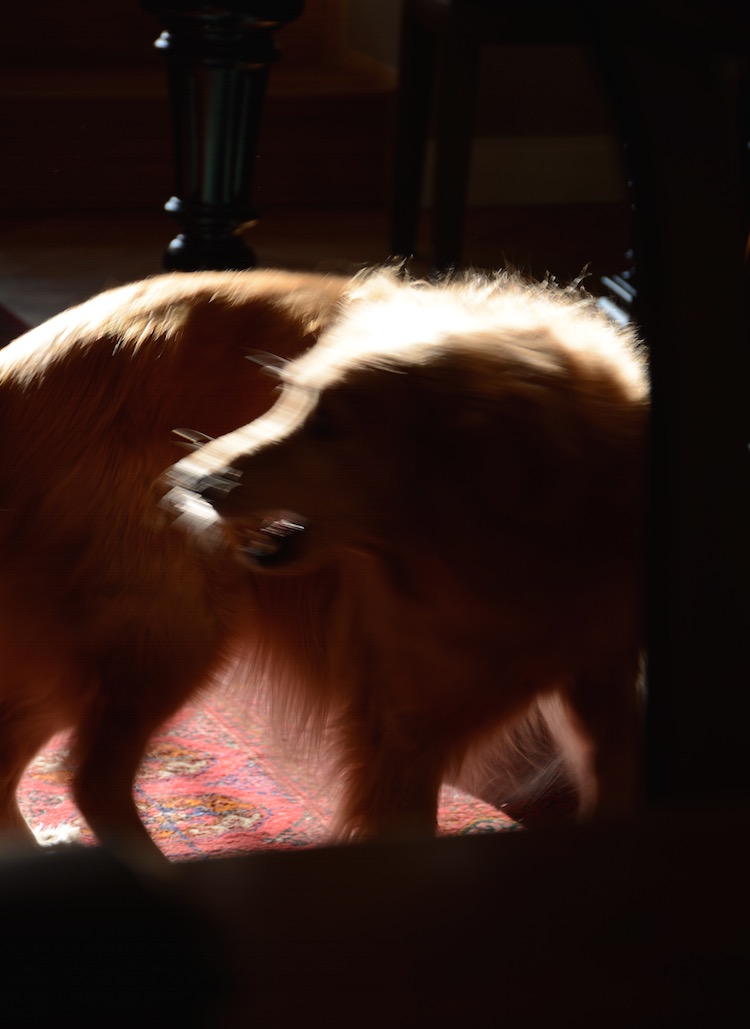 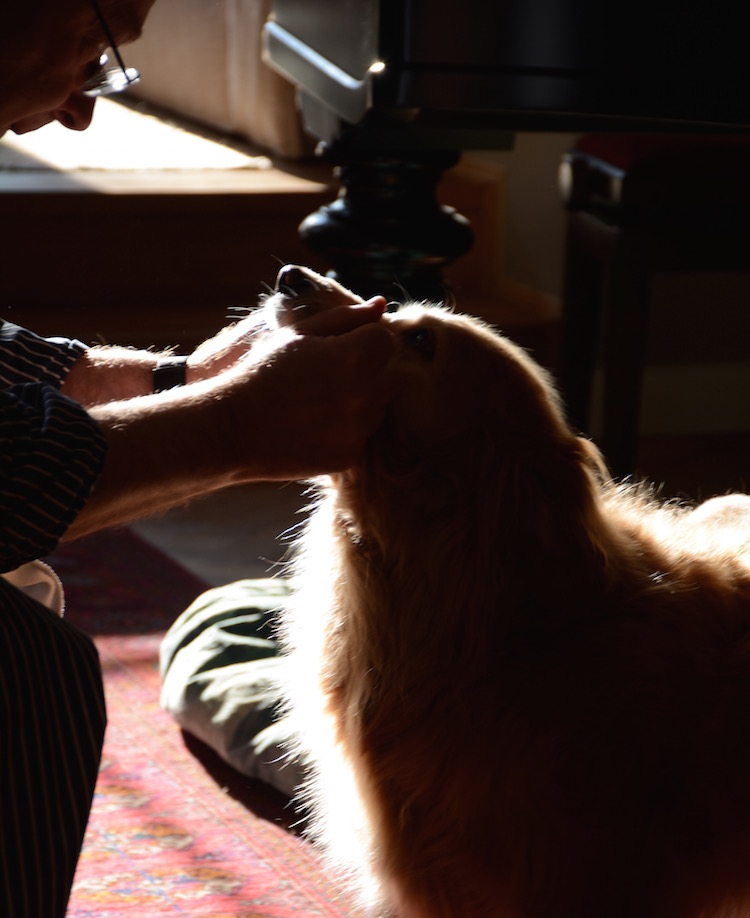 and good morning to David. 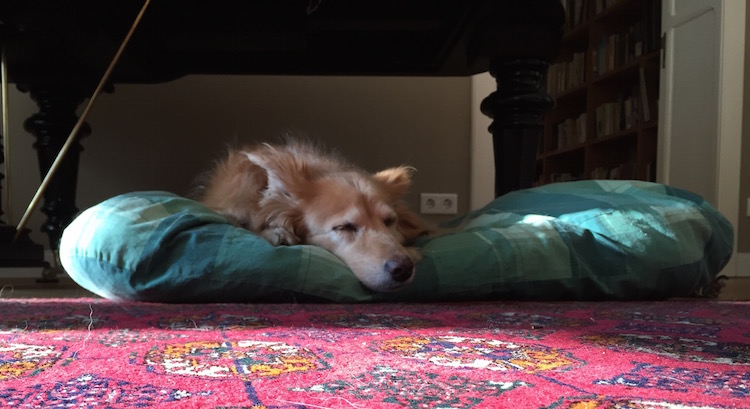 She can go back to work now.