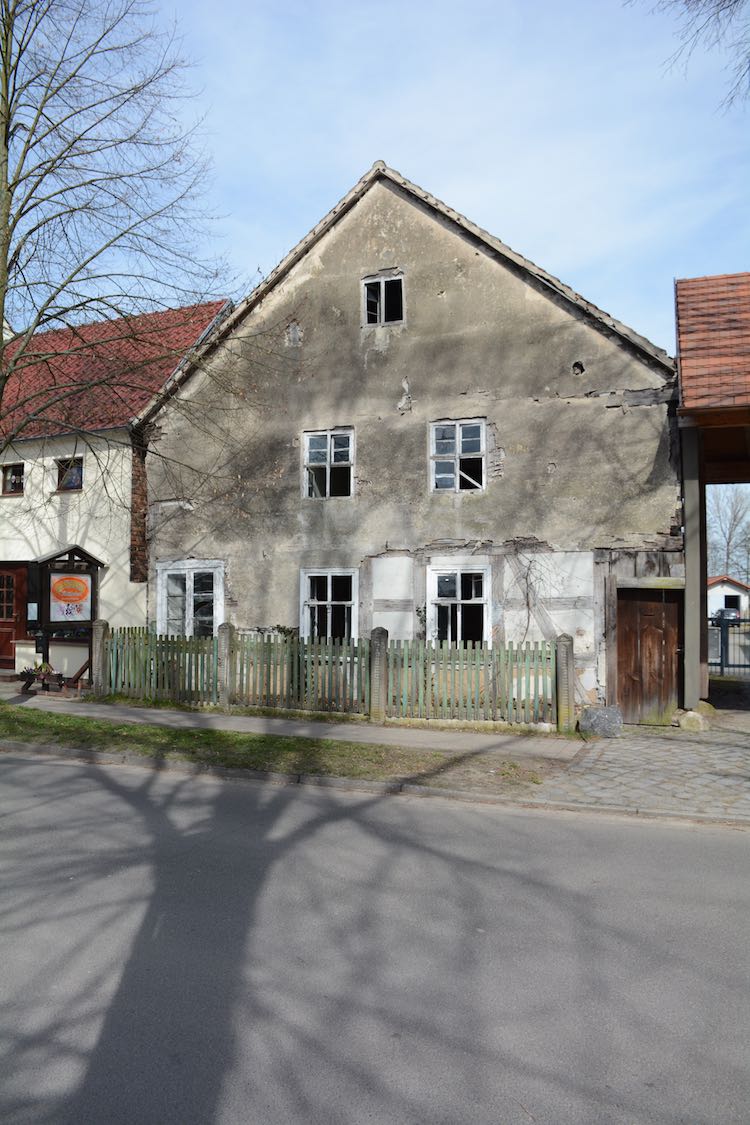 My husband David has special powers. I discovered this several years into our marriage, on a very cold, very dark December Sunday in Frankfurt, where he was working and I was visiting. We’d taken a bike ride without an exact destination beyond lunch in mind. After two hours, we found ourselves at the edge of a suburban settlement with not an eatery in sight.

It was a low moment. By now my hands and feet were aching with cold and I could hardly feel the handlebars or pedals. David consulted the map, then said perkily: “I think I’ve been here before. Follow me.” And off he set, right then left, left then right—I could hardly keep up with him—and plötzlich, there we were in a little square with Christmas market stalls and an Alsatian restaurant both charming and warm. It seemed a miracle.

From that day on I have relied on his sixth sense or inner GPS or whatever it is that always gets us to the right place.

So last Easter Sunday morning, when the air finally felt springy and we wanted to take an outing, I let him guide us to the Spreewald, a woody area southeast of Berlin. We got off the Autobahn about 50kms from Berlin (in fact in the Unterspreewald) and stopped in one village, then another. No, he said, not here. In Märkisch Buchholz he shooed me out of the car, to the ATM machine, so he could fully concentrate his powers on the map and our book Natur Erleben. When I returned: “We’re going here,” he pointed to the inauspiciously named Schlepzig. It was also inconveniently located right on the crease in the atlas (yes, we still use paper), making navigation difficult, but off we drove.

Several kilometres later there we were, in the perfect German village. 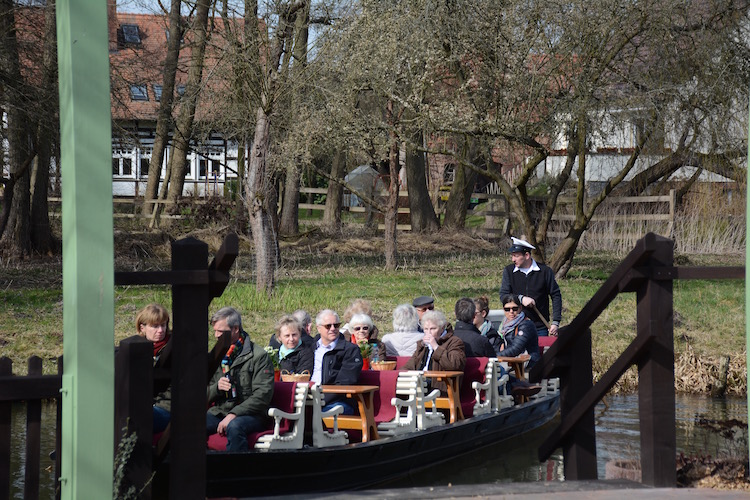 A farm converted into a whisky (we couldn't discover why--the region has no tradition) refinery and tasting bar. 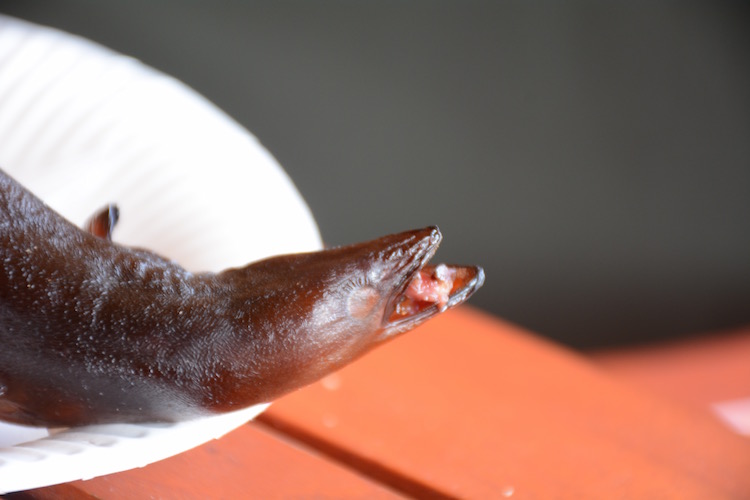 In its courtyard we ate eel fresh from the smoker and Bratwurst hot off the grill. 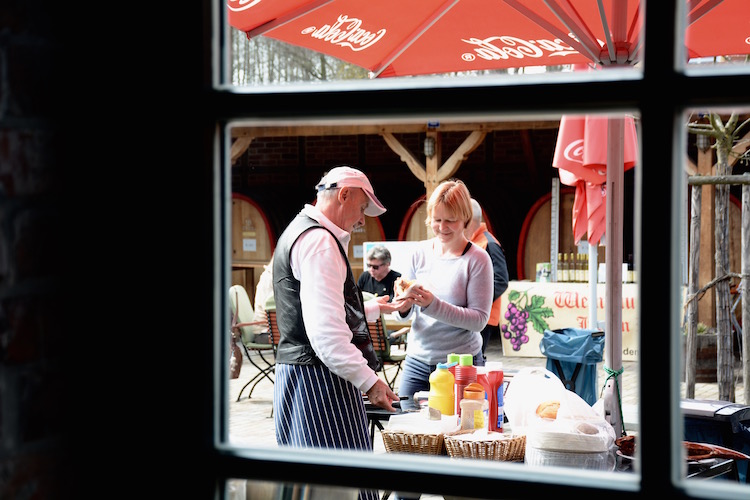 The old mill just down the street has been restored. It makes flour that makes the bread that is sold in the shop along with other local products—lots of pickles, lots of mustard. An ice cream and pastry shop. 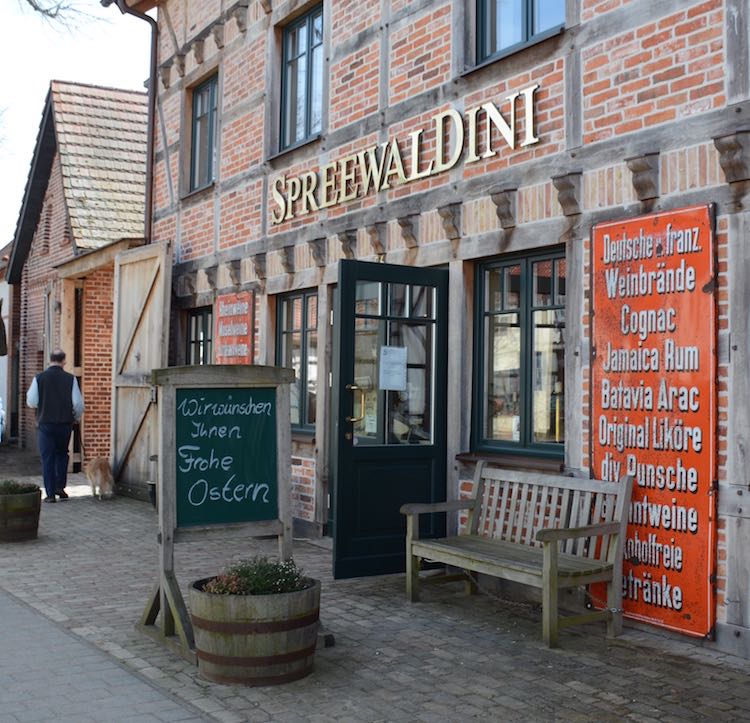 And just outside the village there was a nature trail to walk off the eel and the sausage and the ice cream. 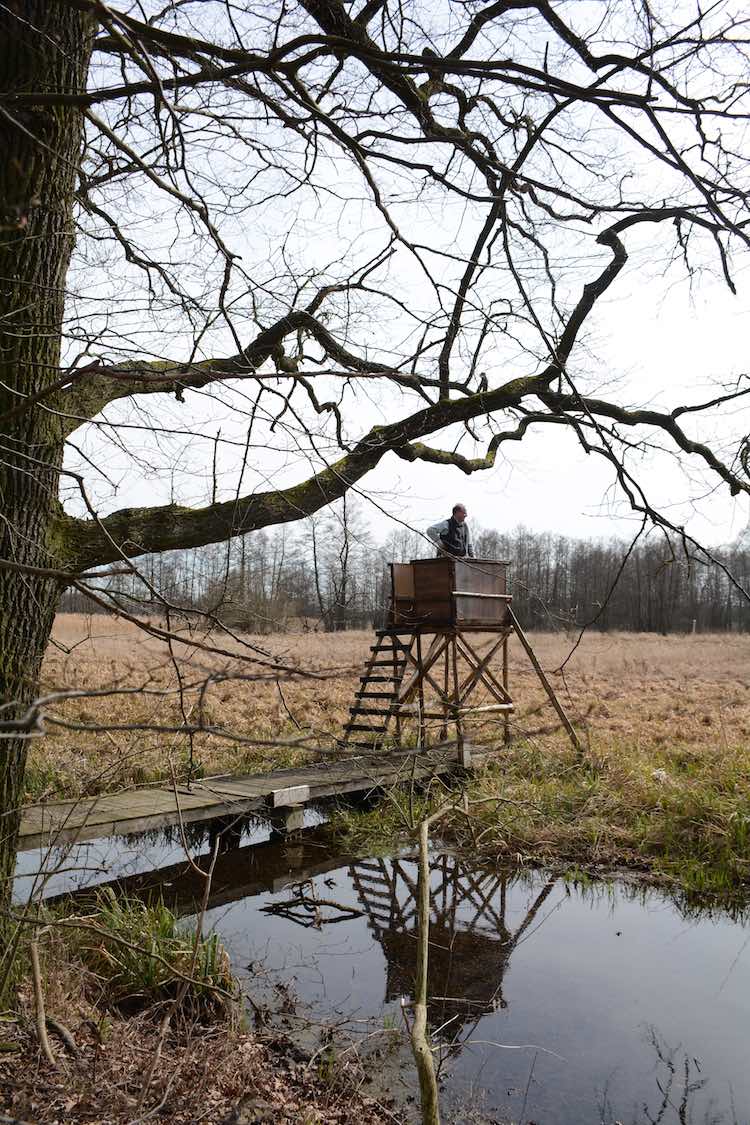 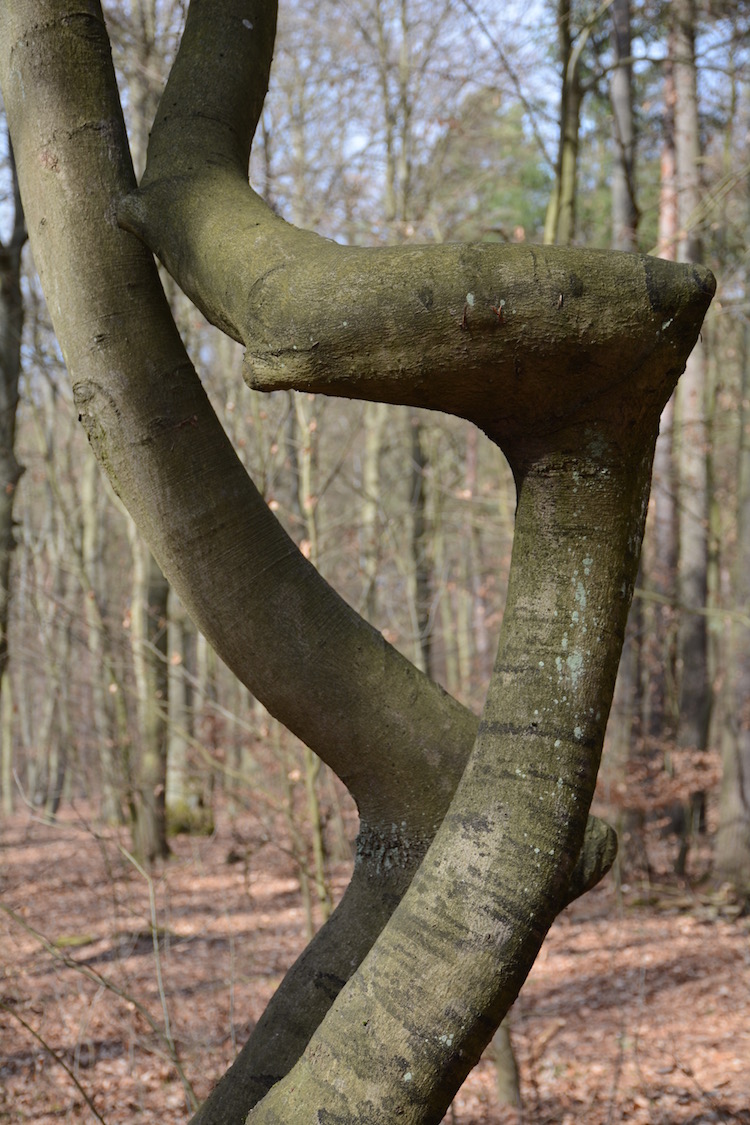 Except for the odd reminder (top photo), it was hard to believe Schlepzig had been in East Germany. Until I remembered our trip to Rheinsberg, another place in the former GDR that is proud of its past but busily exploits its 2016 touristic potential.

We headed back another way, a straight shot to the Autobahn. After several kilometres we realized we were in the middle of a former military complex, complete with abandoned airplane hangars. 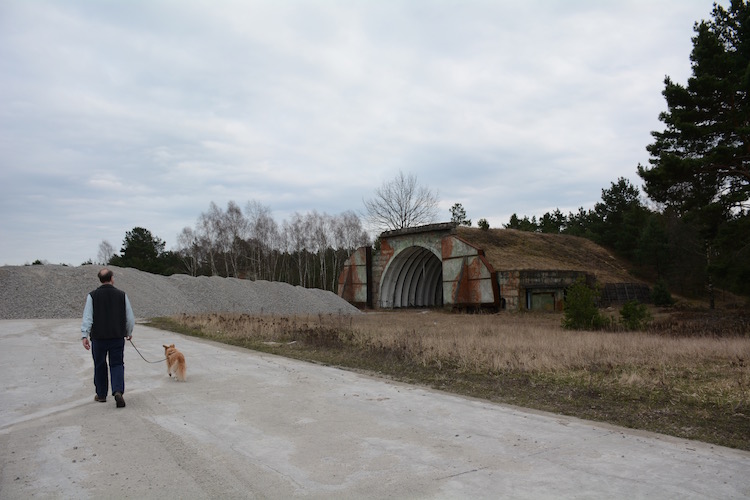 Elsa saying to David: "Can't you read the sign? We are not even supposed to be here!" 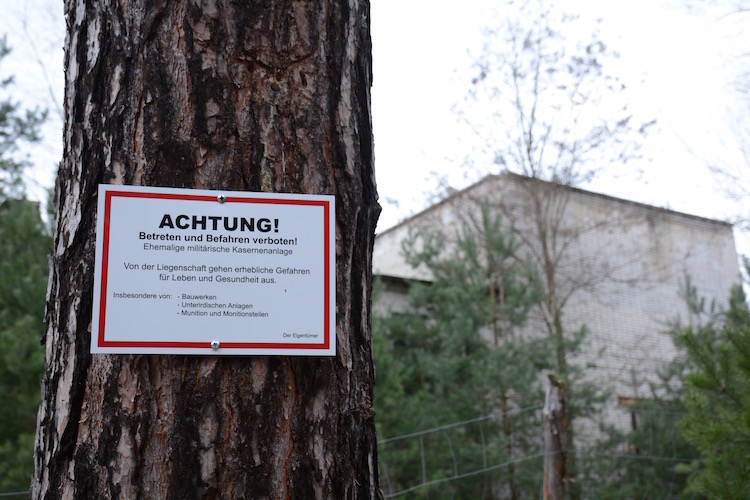 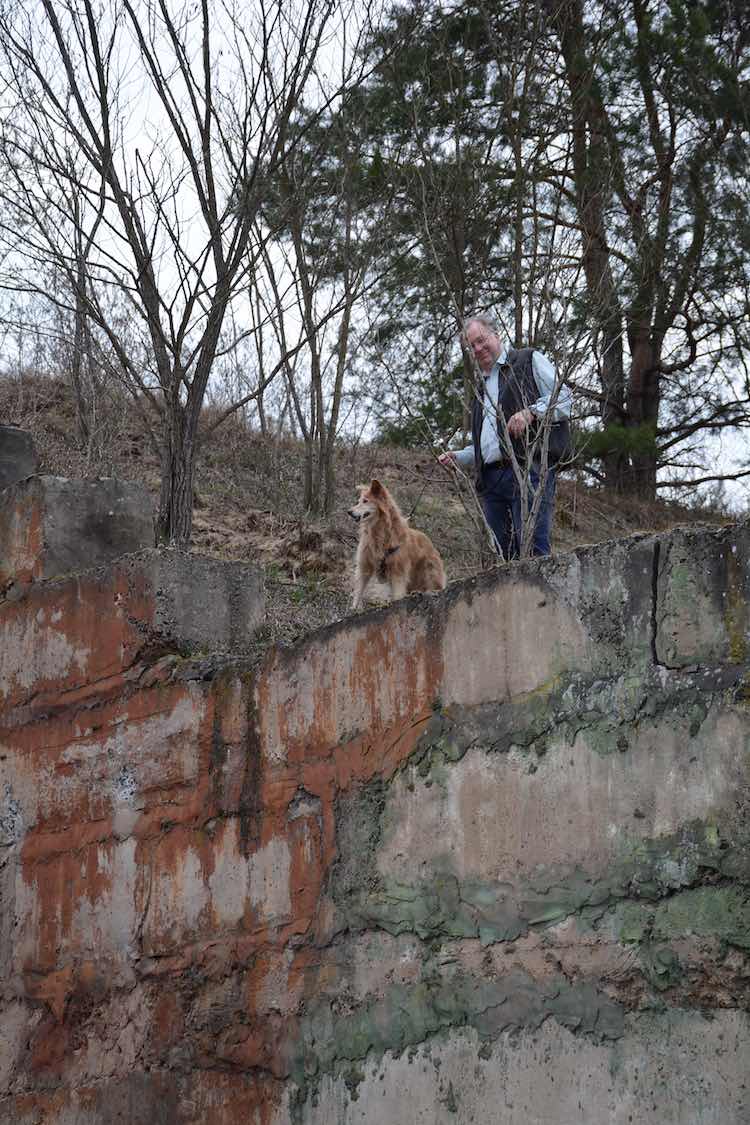 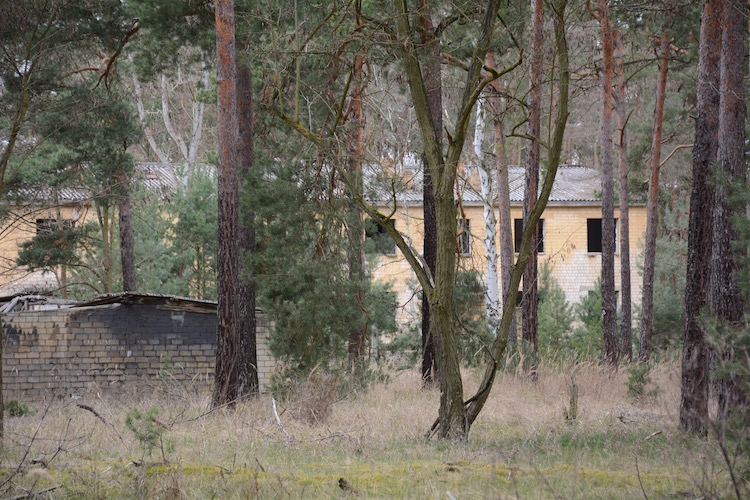 Then to the right loomed an enormous grey dome. Cars and caravans were coming and going; hundreds of other vehicles were already parked.

A sign informed us that this was Tropical Islands. 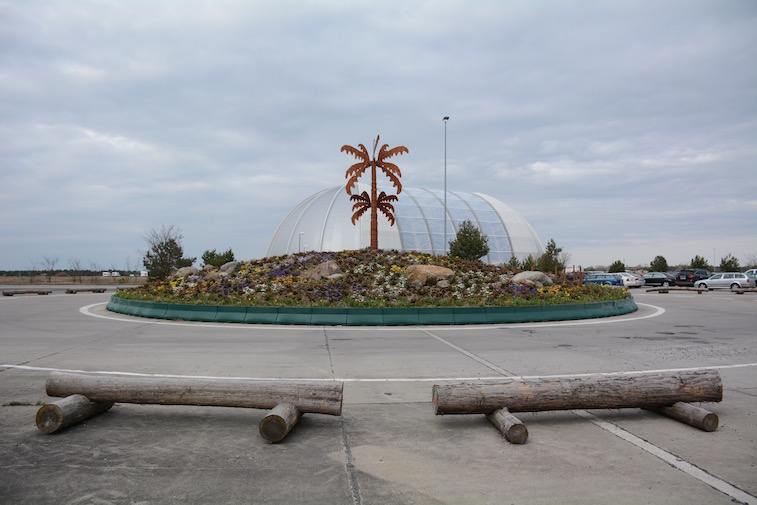 A subsequent internet research revealed layer upon layer of history (of course, this is Germany!). In 1938-39 the Luftwaffe built the Brand-Breisen Airfield for war purposes. In 1945 the Soviets took it over, using it in later years to stockpile nuclear bombers. They handed it over to the newly reunited German government in 1992. A company called CargoLifter bought it and constructed the enormous dome we were looking at in order to build airships. According to Wikipedia, this is the largest free-standing hall without supporting pillars in the world. It could, I read, comfortably fit the Eiffel Tower on its side.

But the company went bankrupt; the airships never got built. Enter a Malaysian corporation called Tanjong. In 2003-04 they developed Tropical Islands, “Europe’s largest tropical Holiday World (sic)”, within the existing hangar. The delights of this millennial Kubla Khan, open “365 days a year, 24 hours a day”, include sand beaches, pools, saunas, replicas of Asian temples and the world’s largest interior tropical rain forest. All this, right on top of the landing strip, with the war-time hangars and barracks still languishing across the road. 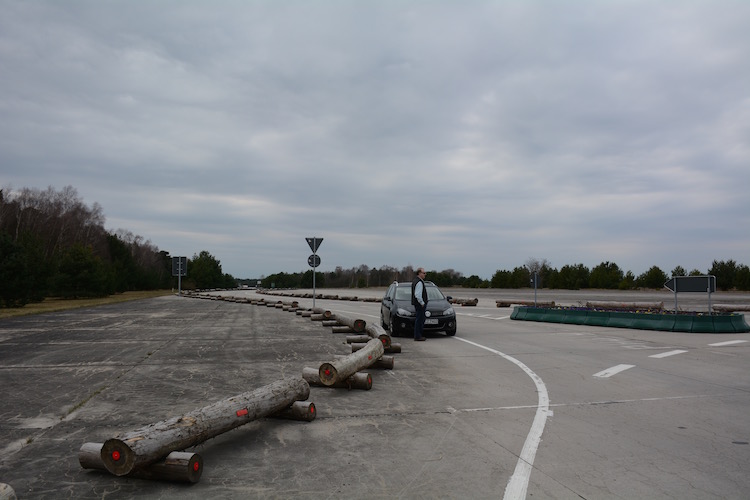 We drove back to Berlin in wonderment and bewilderment at the infinite capacity of human beings to reinvent themselves and their surroundings. Schlepzig and the ruins of the Brand-Breisen Airfield hit the right note for us but hundreds of others apparently preferred the ersatz experience of Tropical Islands.

In any case, David’s magic had worked once again. It was a terrific Easter Sunday. 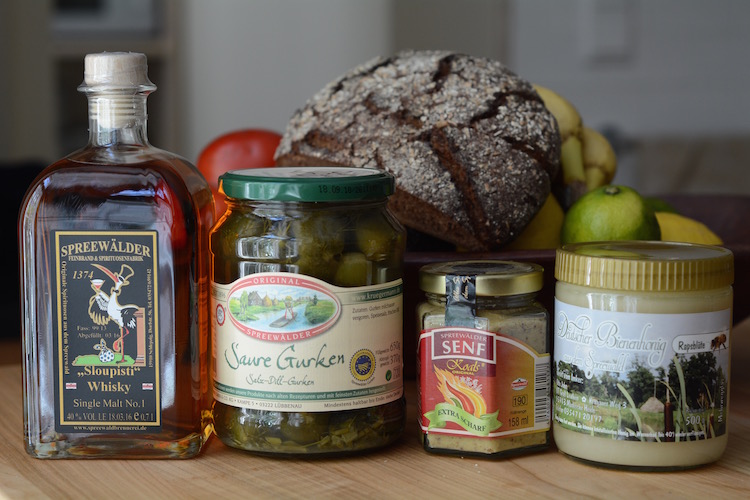