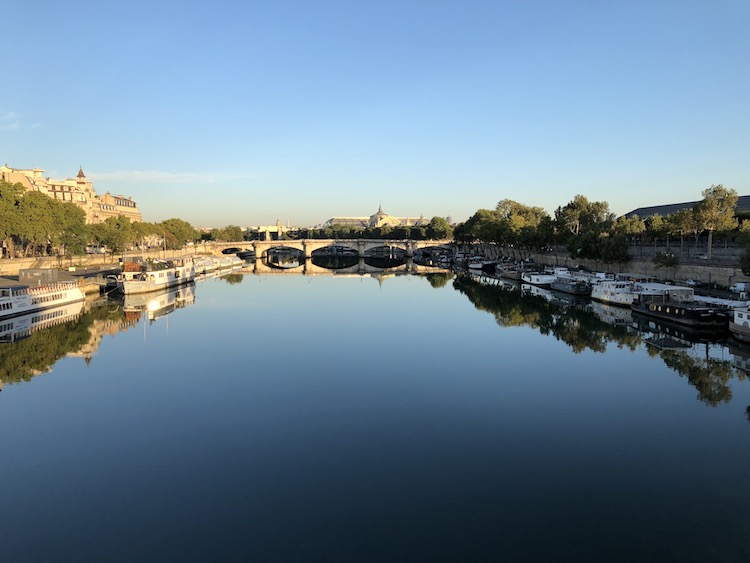 Every year in the middle of August a miracle occurs in Paris. And I’m not referring to the Virgin Mary’s trip to heaven on the 15th. I am talking about a supernatural phenomenon which occurs during that entire week: les Parisiens smile at one another and can even be heard saying Bonjour.

Those Parisiens who are left anyway and there's the rub. True to reputation the vast majority of the population has migrated to the beaches or the mountains. The remaining residents, like members of an endangered species, suddenly feel camaraderie rather than hostility in the eerily quiet streets. They have no problem identifying one another amidst the tourists. 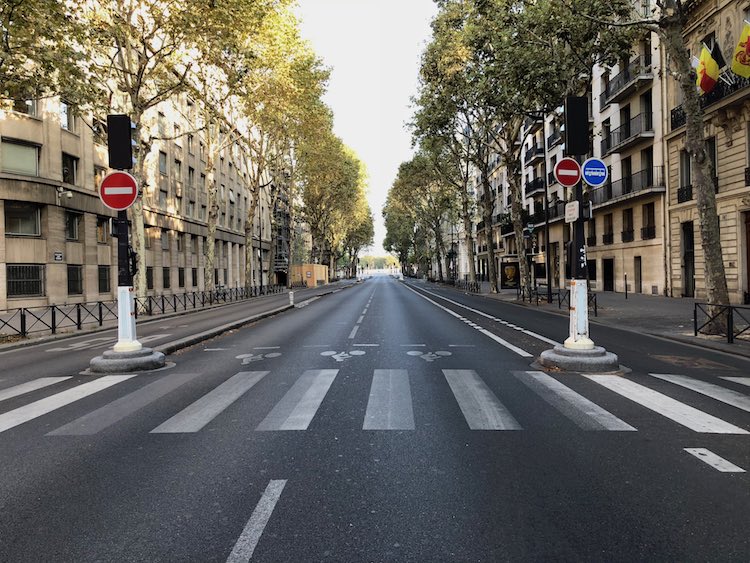 This behaviour may partly be explained by their shared status. A lot belong to the minority juilletistes, those who take their summer holiday in July. Having just returned to an empty city from a month in the sun, they are also perhaps more Zen than during the rest of the year. 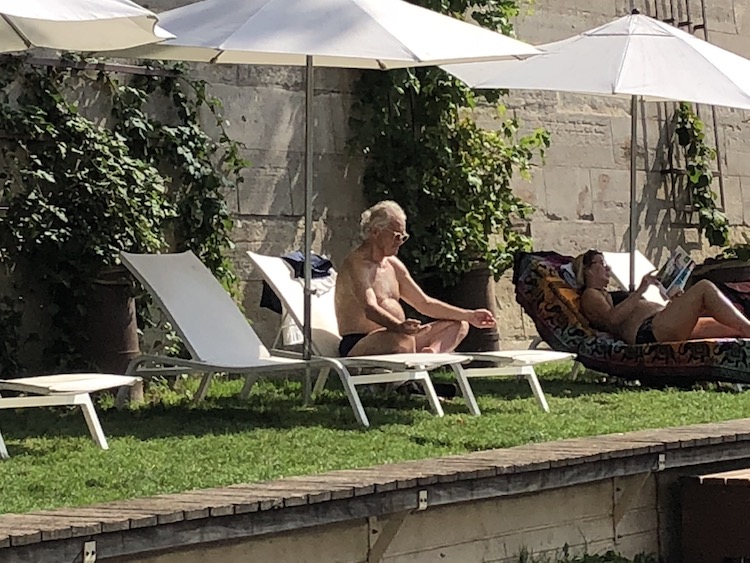 This summer we were among them, sort of, since we were only gone for 10 days. But much pleasure can be packed into a short time, especially when the destination is good friends and Italy, first Tuscany at the hillside farmhouse of friends Georgia B and Michael C. They gave us several perfect days of touring exquisite villages and eating delicious food. They also let David visit their bees. 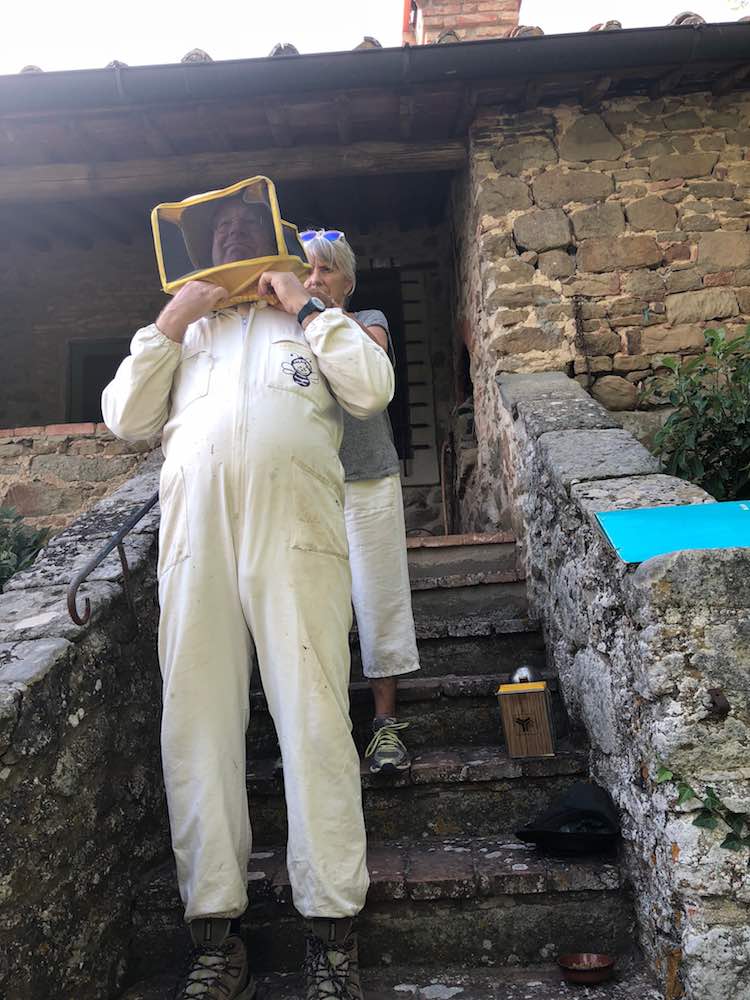 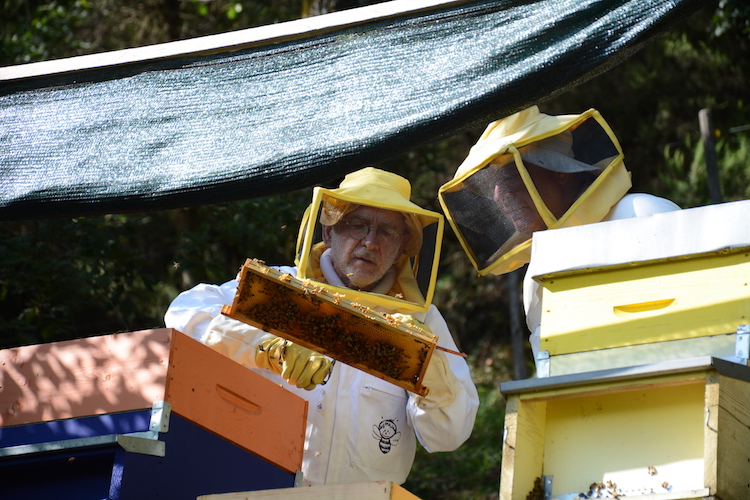 After that we had five days of hiking with Lucio C and Donatella G... 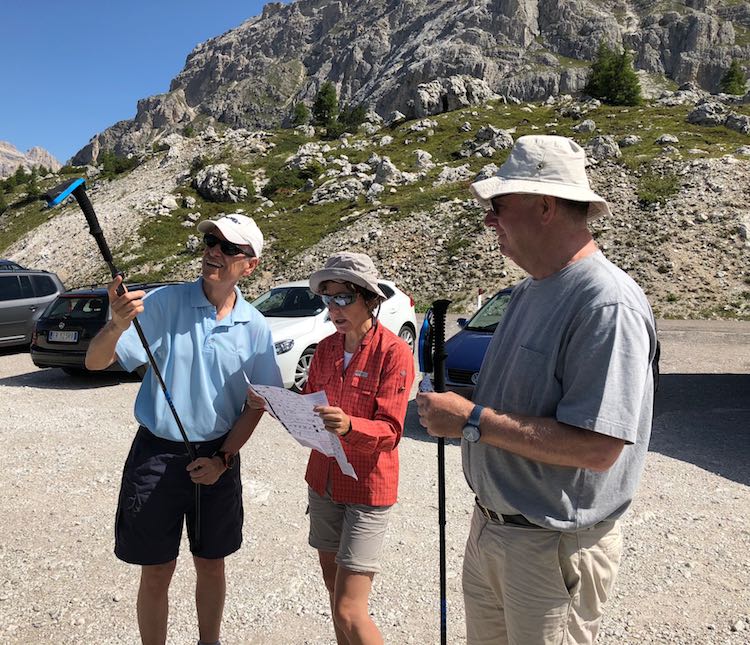 The experts help David with his new walking sticks

...in the lunar beauty of the Dolomites. What a discovery. 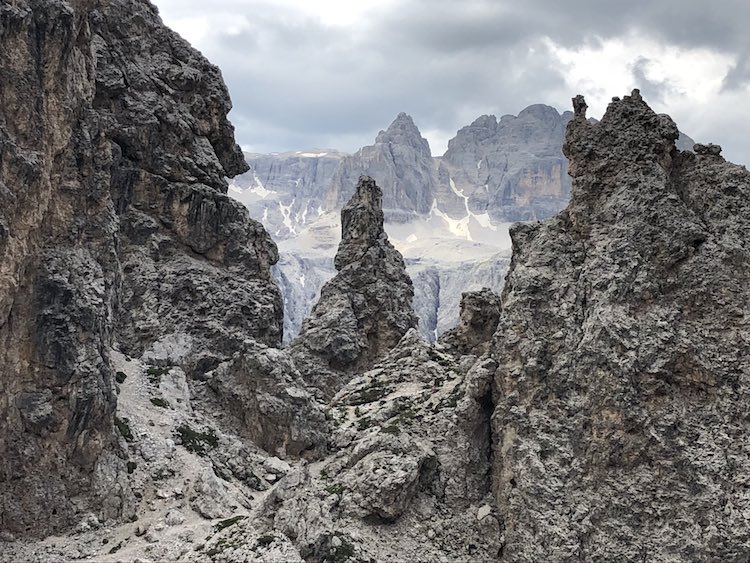 We returned just as the majority aoûtiens (August people) were leaving, though the city was so hot we hardly noticed their departure. And our apartment renovation was so unfinished we were too depressed to care. One coat of paint had been applied to the kitchen but there were still no handles on the doors and drawers. 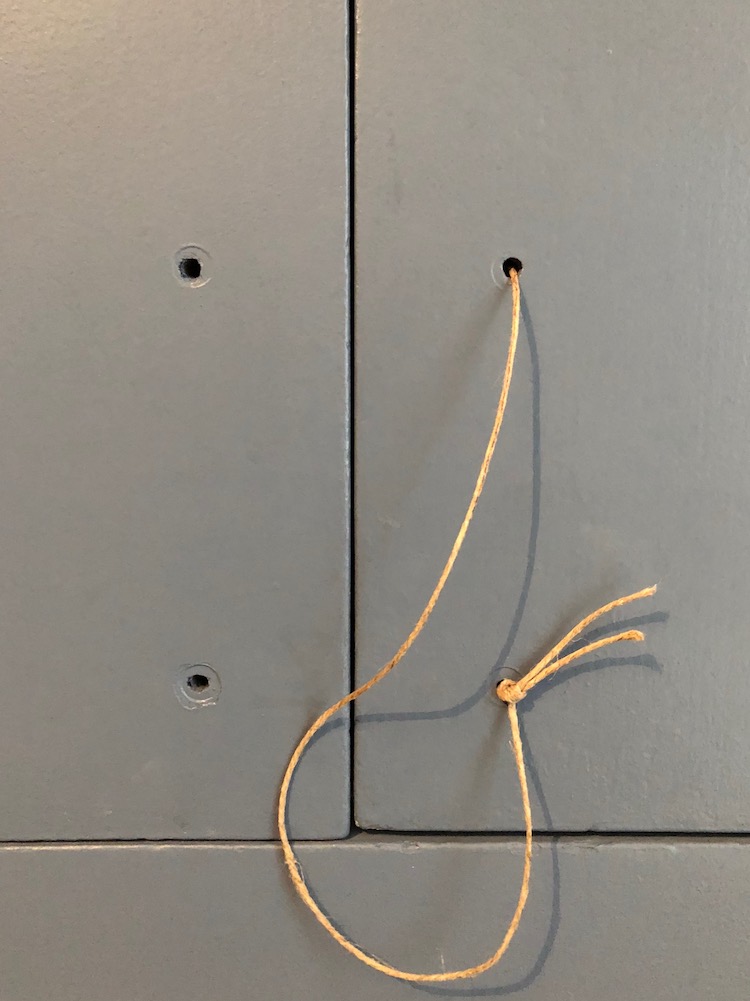 Naturally the workers are aoûtiens and were gone for the entire month. It was hard to summon energy for much of anything in the heat and dust. We spent a good part of each day cloistered behind the shutters in front of a fan, trying to stay cool while feeling anything but Zen. Even Tasha felt the strain. 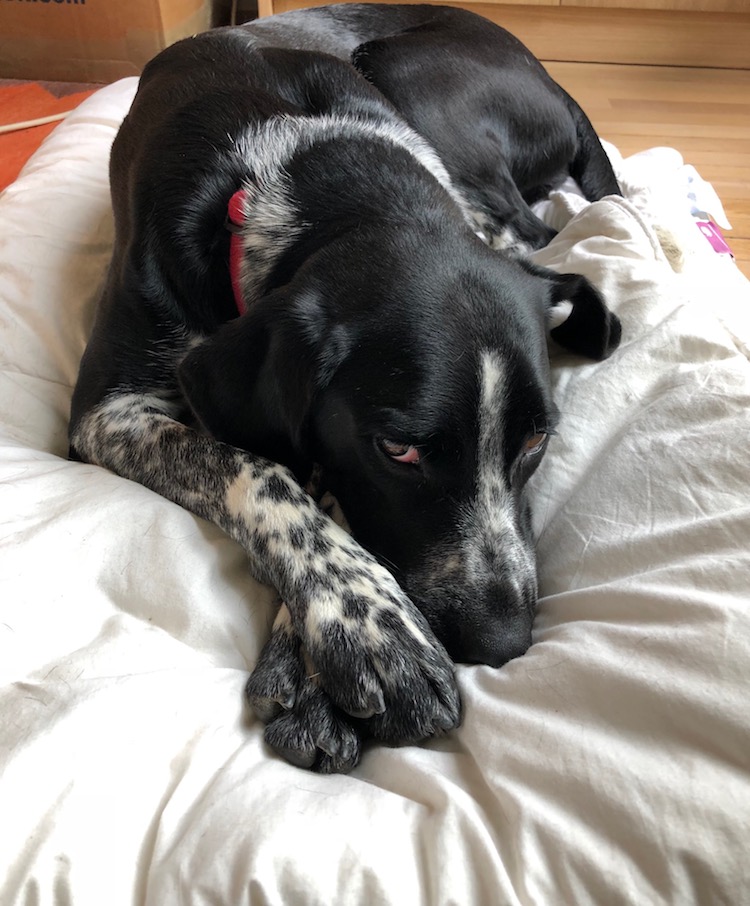 She lost her appetite. She started behaving like a bored child. 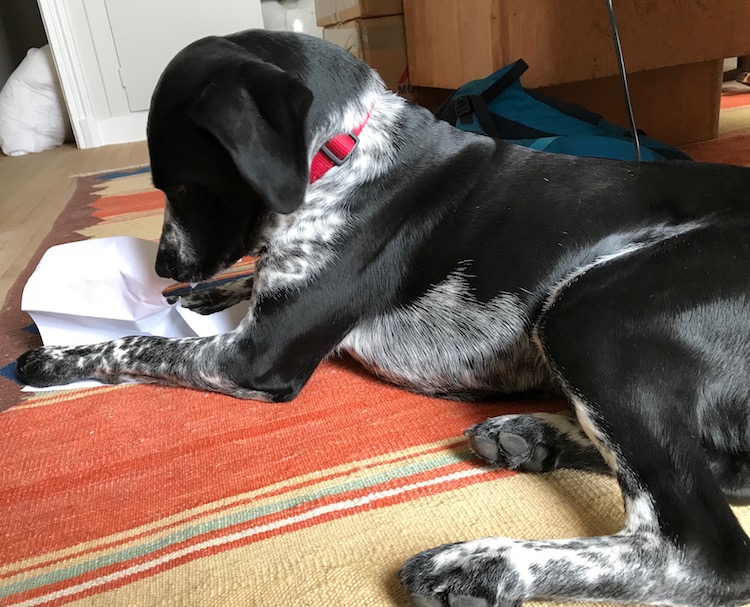 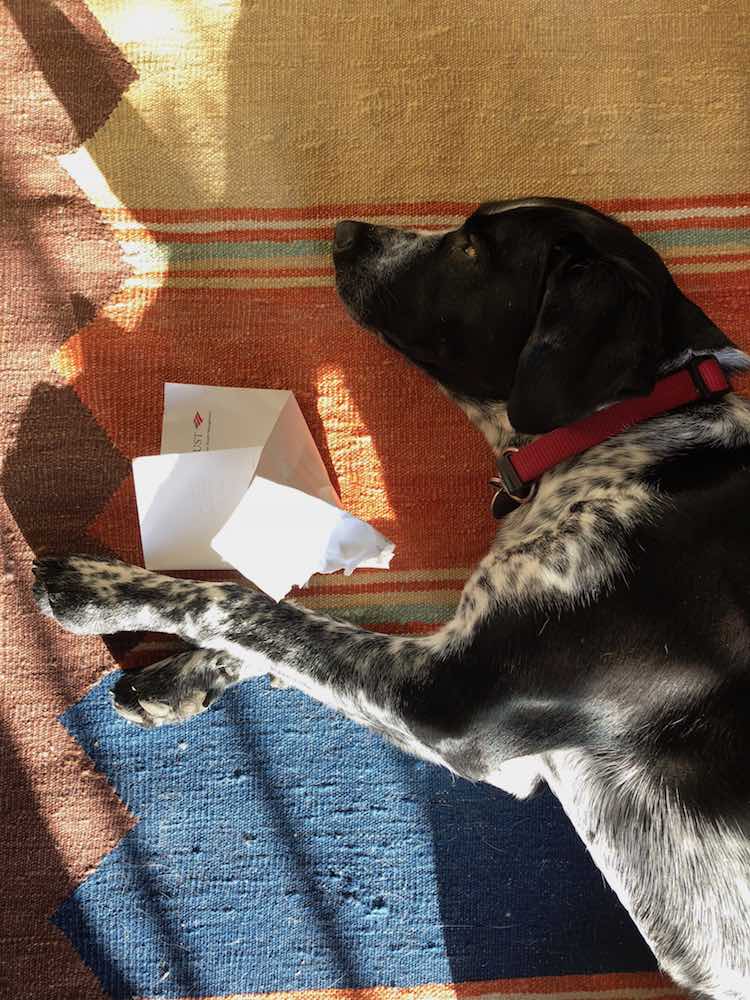 Forget the paper airplane idea. It's too hot.

Even without the sweltering drought - proof, if anyone still needed it, that our planet is in trouble - survival in August is a challenge. While the streets are refreshingly quiet and friendly, not much is open. The boulangerie is closed, the market all but. The few vendors who do show up are selling fruit and veg that look like July left-overs. In our quartier, forget trying to find a restaurant.

A few times we took advantage of empty roads to explore places not too far from Paris. That was fun, partly because it made our dog so happy. 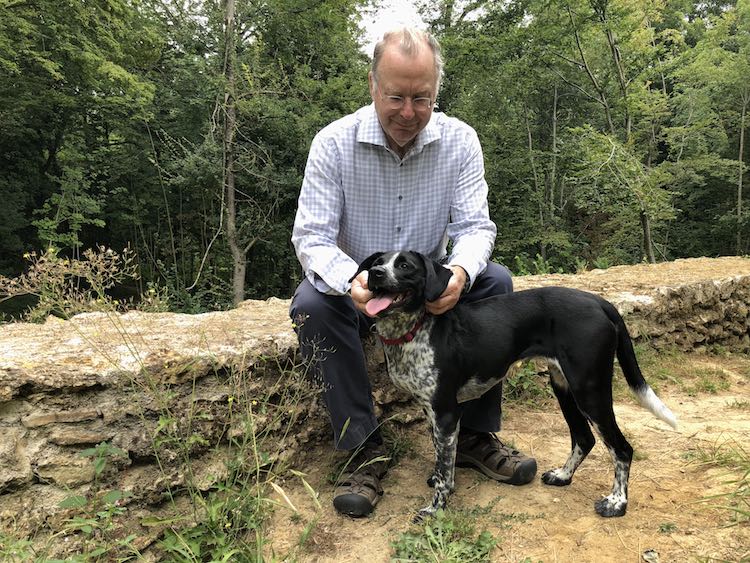 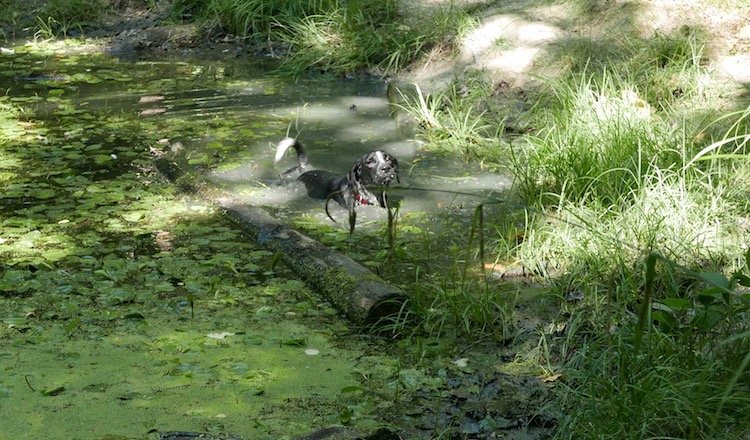 Somewhere near the middle of the month the temperature became less infernal and it was easier to appreciate the empty streets, the calm Seine. Paris is always gorgeous but she is really at her best when a significant slice of her population is absent. 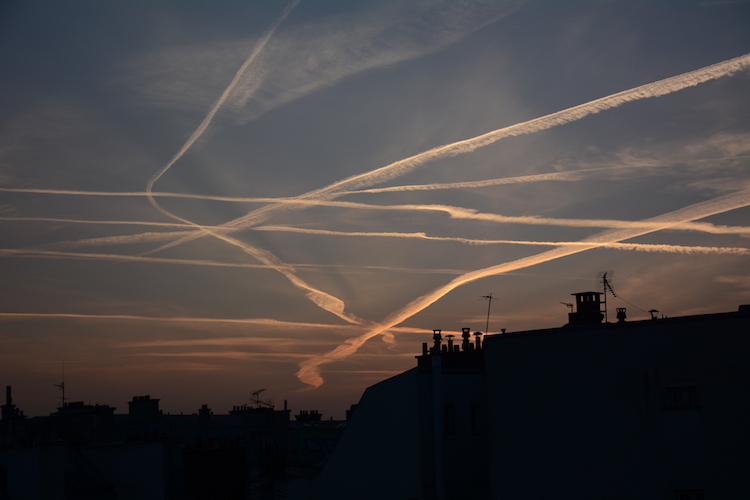 Damocles' sword, however, is always hovering; peace never lasts forever. Only until about the 20th, when the return transhumance begins. At first in small numbers 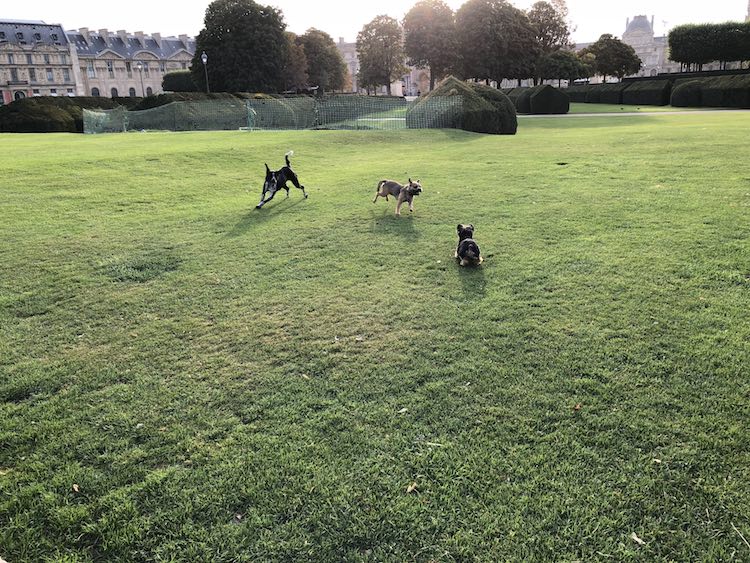 and finally, by the beginning of this last week and la rentrée scolaire, in droves.

You can spot them a while away, les aoûtiens. They are tan, of course, but also still half dressed for the beach. Shirts untucked, colourful trousers... 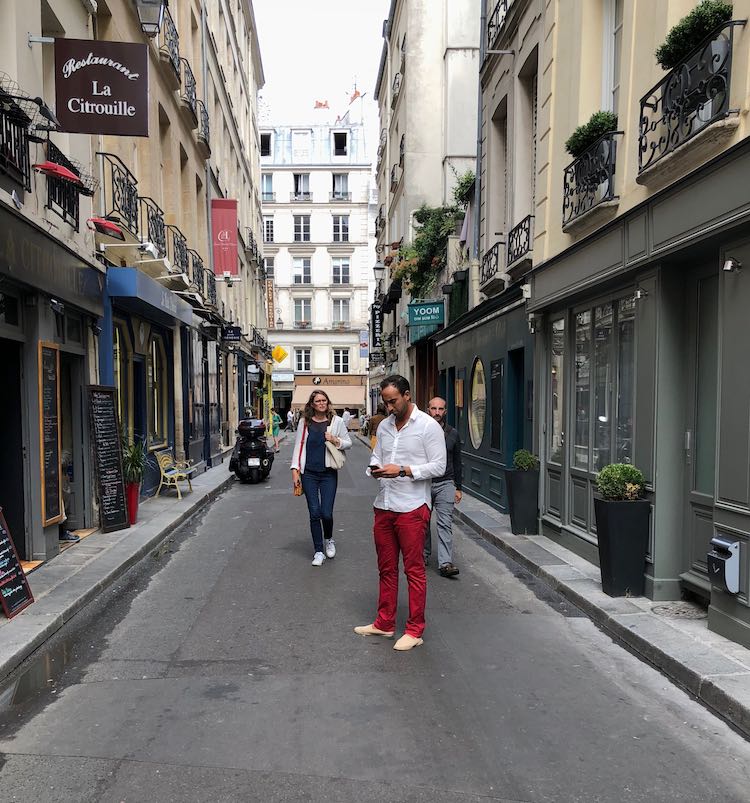 ...or in these globally warmed days shorts... 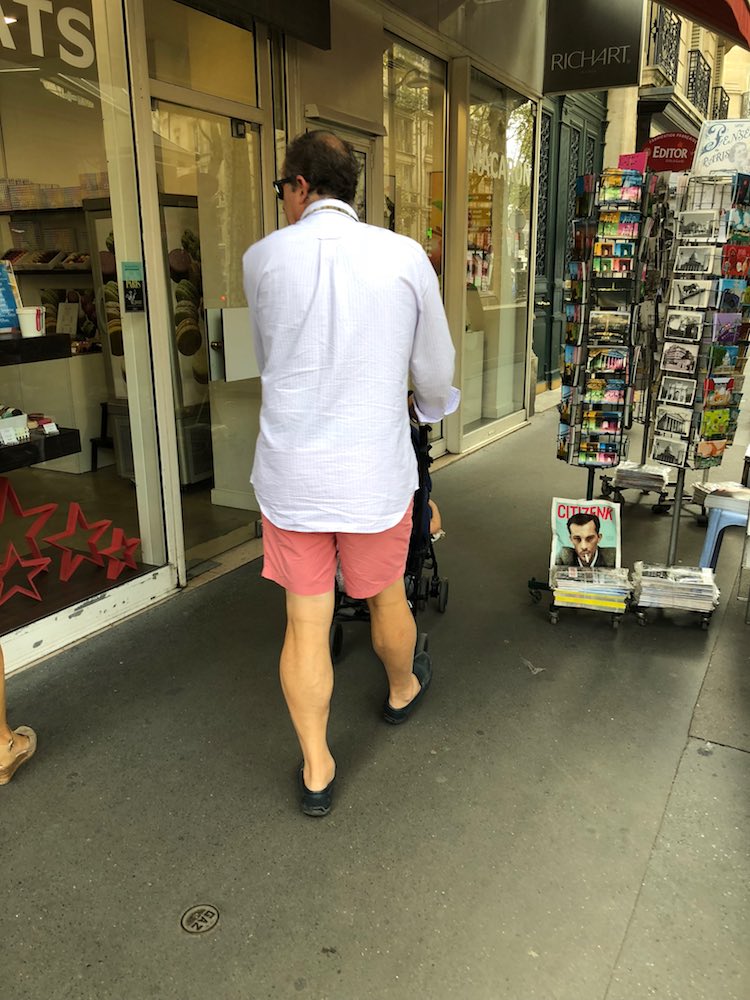 No socks and loafing shoes. Men and women alike wear a half smile, a dreamy smirk, while they talk on their telephones, herd their children to shops for school supplies.

At least that is how pedestrians behave. Aoûtiens in motorized vehicles conduct themselves as if they had never been on holiday in their lives, much less for the entire last month. Their tanned faces are set grimly, they grip the wheel furiously as they jockey for space in jammed streets. Horns honk, voices shout. The air is discernibly more polluted.

Paris is back to her nervy, rude self but that isn't all bad. It's just how she is. And it's good to see our friends again. 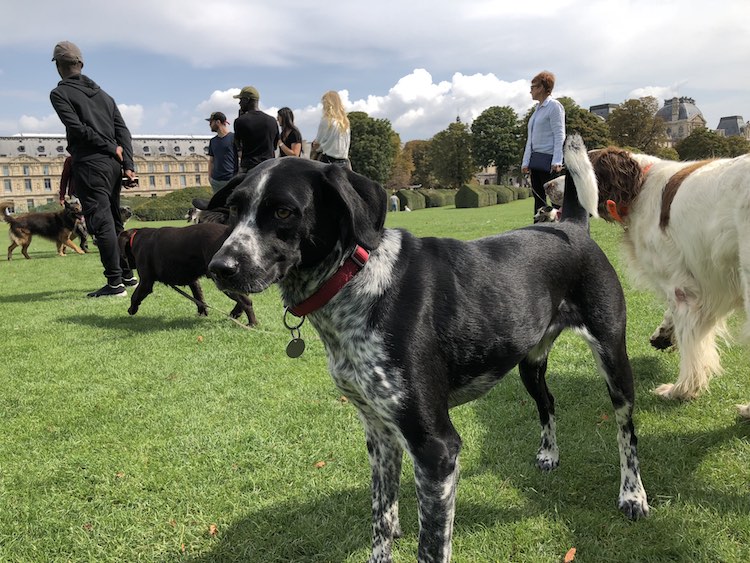