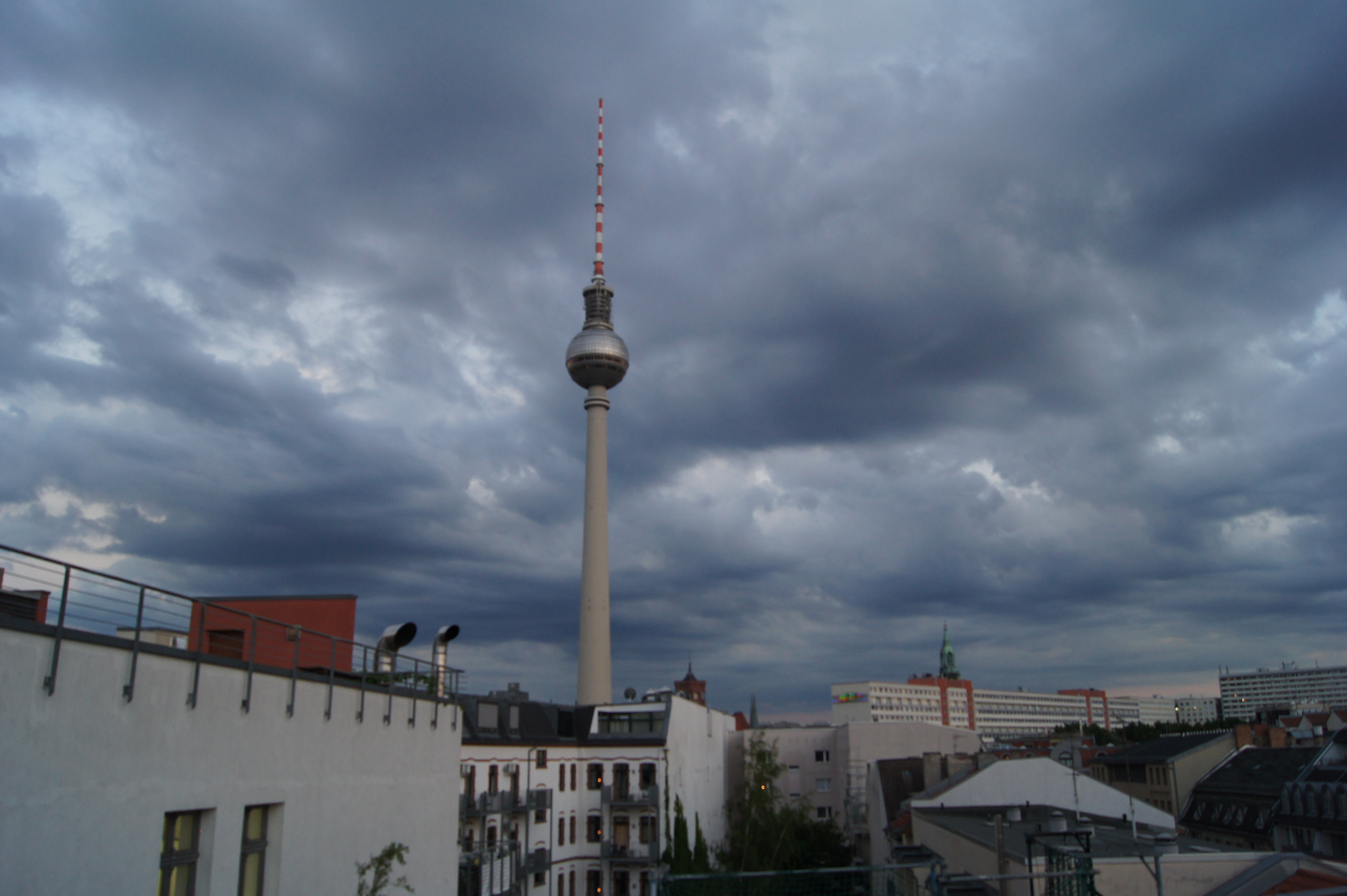 Back in Berlin, one year to the day after moving here half-time. What a difference from 12 January 2013, when we arrived by car, in the snow, no Berlin map. We circled for over half an hour before finding the Almstadstraße. Even then, everything was strange, right down to the hundreds of Berlin grey and black crows in the trees of the Kindergarten playground. Elsa the dog was panicked, wouldn’t pee.
This time we arrived by train at the Hauptbahnof. Then straight to the S-Bahn, tickets out and validated, and we just slipped onto a departing train to Alexanderplatz. Elsa was delighted to re-smell the smells in the small park next to the Volksbühne and in the Friedrichshain Park, and she peed with abandon. 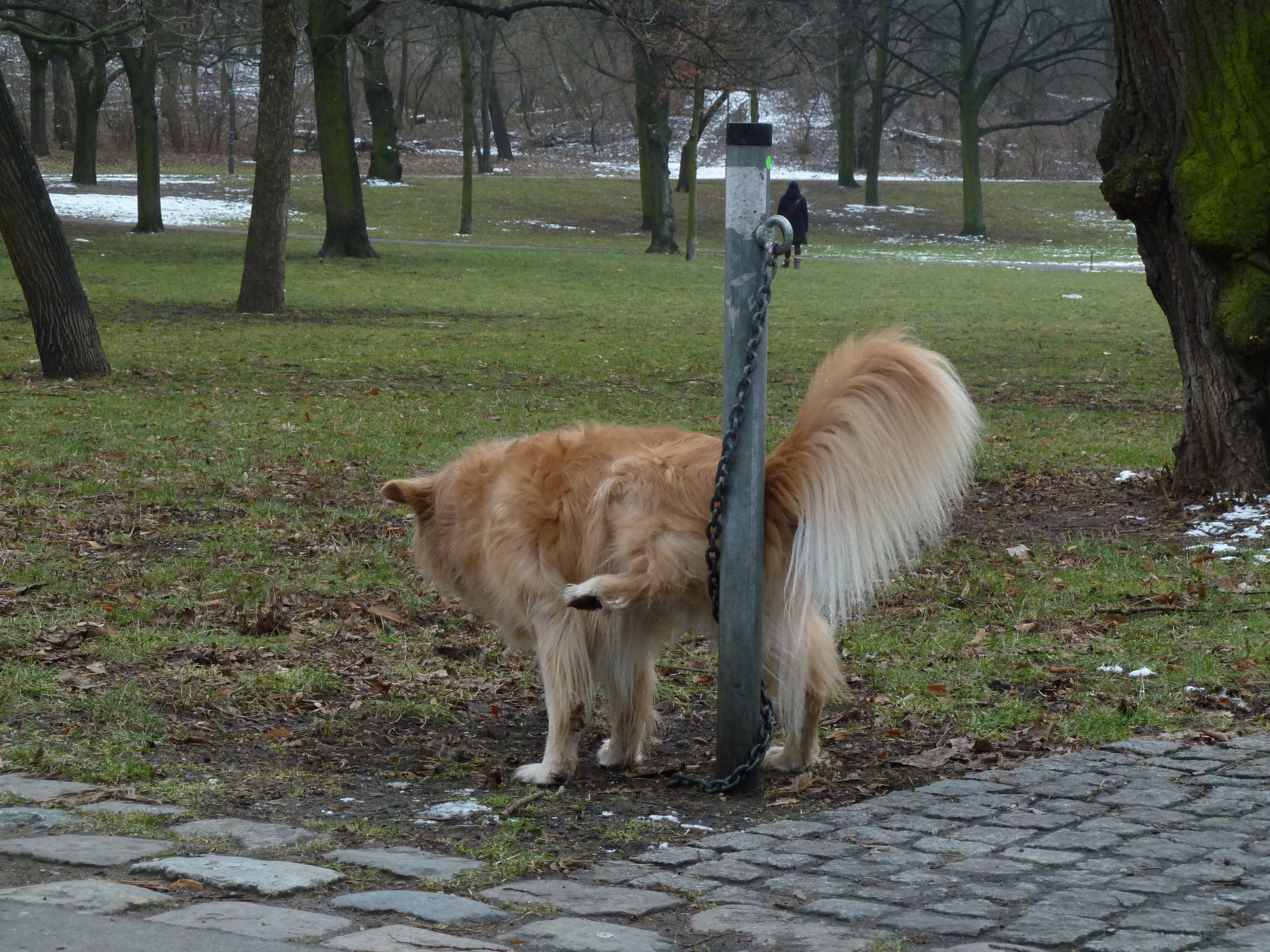 An Indian meal, Elsa under the table, and bed. We are happy to be back. 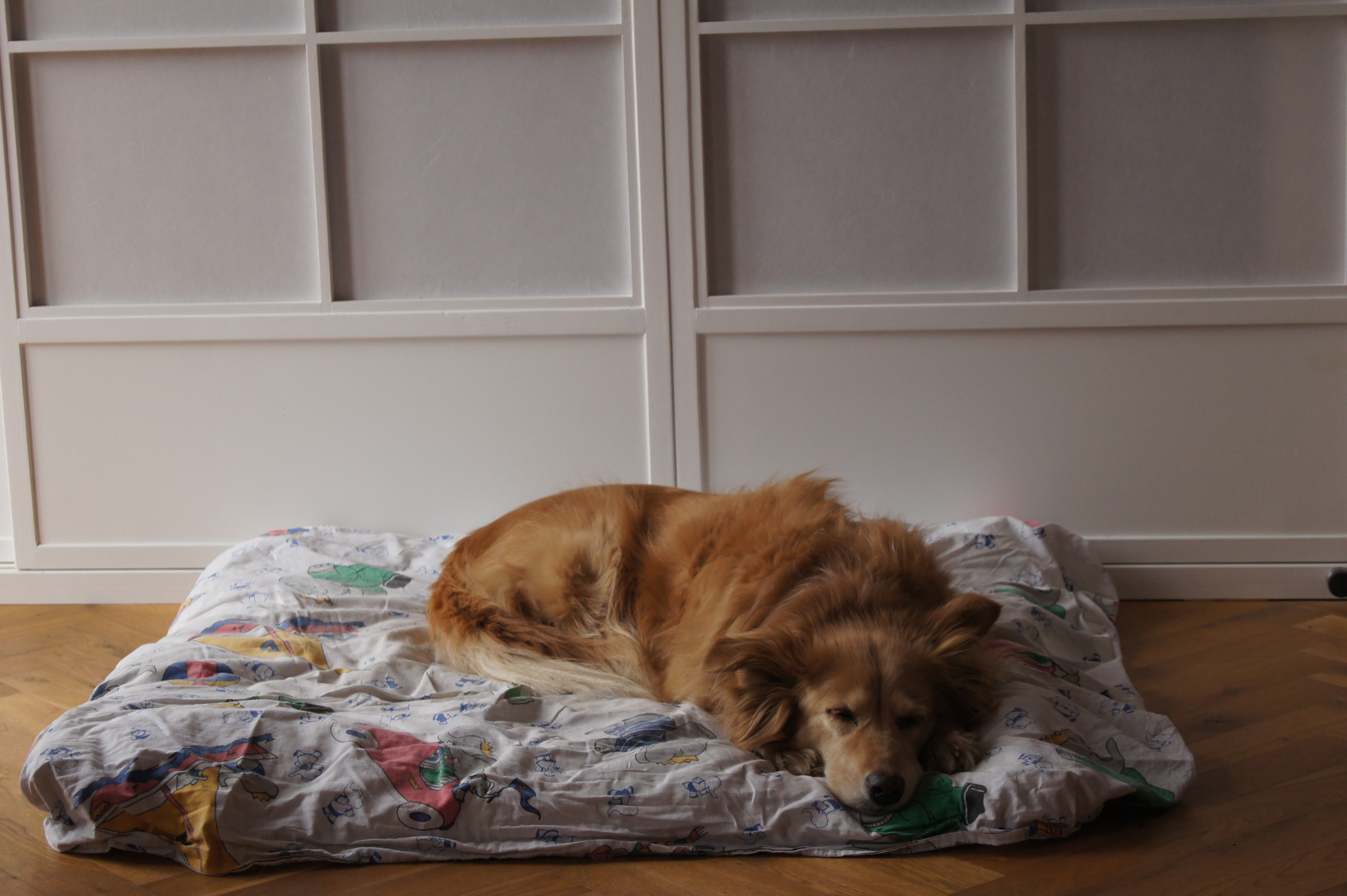