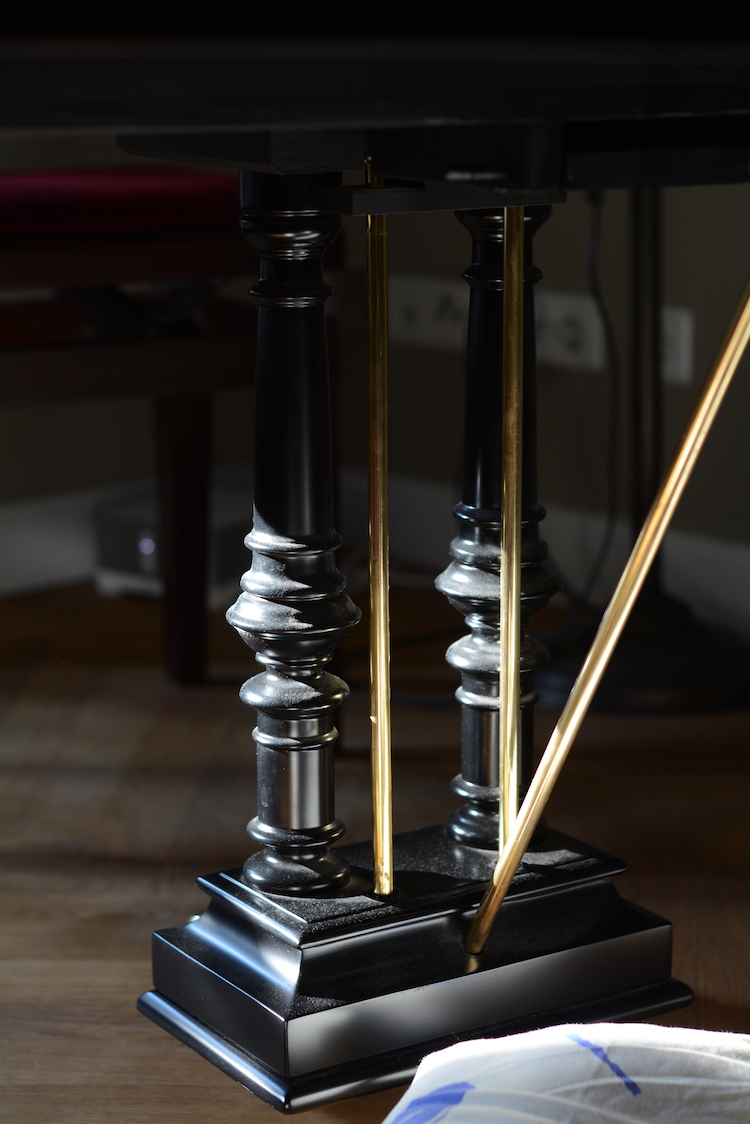 Some of us humans are happier living away from our homeland. We feel more comfortable where we are less quantifiable, less easily classified. I have recently discovered that this may also be true for pianos.

If I was a bit concerned about Tasha the dog’s adjustment to our new life in the Perche, I was more worried about the acclimation of my wood and ivory companion, the Carl H Hintze Flügel that had probably never left Berlin since its inception in 1907.

Though I came to it late, playing the piano is an important part of my life and it’s actually surprising that I have barely mentioned it in this blog these last five years. Perhaps because my childhood associations to music, beyond listening, are tainted by disappointment and distress. I won’t bore you with the details but my parents did not put much stock in a musical education and I reached adulthood shamefully unable to locate middle C on the piano.

I was therefore determined that my own children be less ignorant. Each would learn an instrument. When the youngest William started the piano at age six, his teacher Françoise, whom I’d already known for the several years Georgina had been playing, asked if I could sit in on William’s half-hour lesson so that I might help him practise.

After a month she asked if I wouldn’t like to try a few notes myself. Within two weeks I was getting my own full hour lesson and I’ve never looked back. Françoise, by now also a dear friend, is still my teacher—including while I was in Berlin, when she gave me lessons via Skype. No one's ever going to request a concert at the Salle Pleyel but learning a new piece or playing my repertoire gives me huge pleasure; seeing my fingers scuttle across the keyboard, hearing them emit coherent sound from the instrument, still fills me with wonder.

My first lessons were on our upright Gaveau but after a few years, with several family members playing and a corner of our living room just made for it, we bought a demi-queue ('half-grand') Bösendorfer, a Vienna-born aristocrat of the piano world. The night before delivery I had a nightmare that the atelier had decided I wasn't worthy of such a majestic instrument and was putting a stop to the purchase. 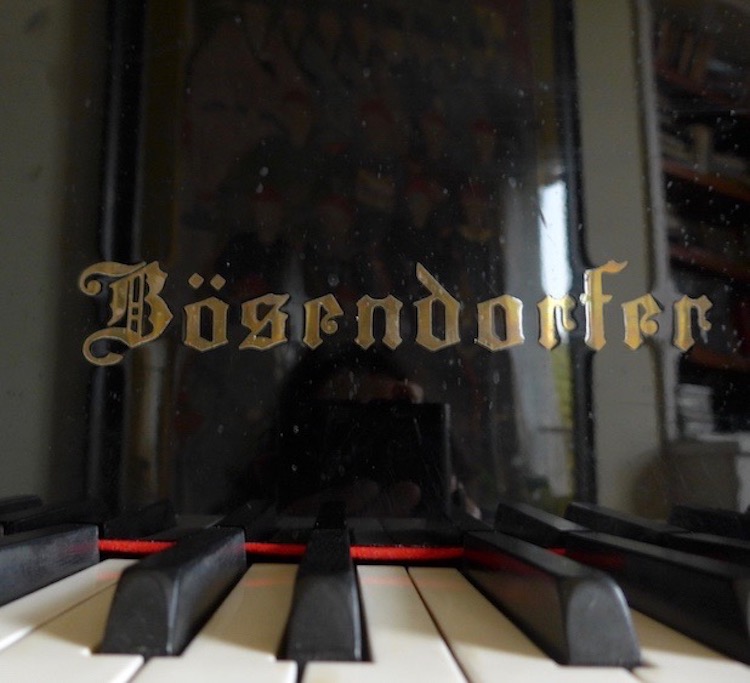 But the piano did arrive. And when the three burly men who had lugged it upstairs and reassembled the pieces had left us alone, I was filled with the strangest feeling. Some of you (my husband included) may think this crazy but the Bösendorfer, unlike the Gaveau, had a personality, a soul. I could sense her presence as if she were a living thing. Which actually helped me feel more deserving: even if my playing wasn't up to her standards, at least I was providing the beautiful giant with a good home.

In Berlin, where we also had a large living room, we set out to find another grand in need. Our friend Ulrich K put us in touch with Klaviermeister Herr K, who had recently resurrected a Flügel he had found in a lamentable state at a liquidation sale in Charlottneburg. 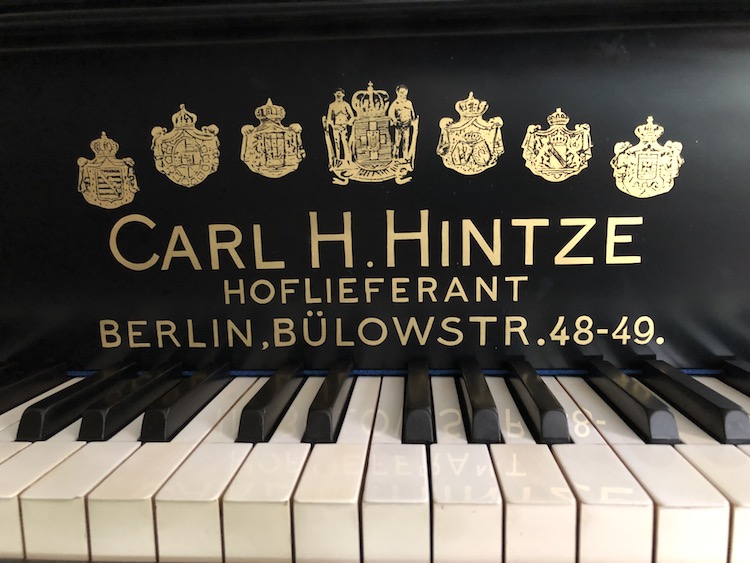 In the early 20th century Carl H Hintze ran a big-ish business and sold pianos to royal houses across Europe (thus the Hoflieferant and the crests you see above) but success was short-lived (if you are interested in its boom and bust story and can read German, here it is). Since the address stares me in the face every time I open the keyboard, going to Bülow-Str 48-49 was a must on my list before leaving Berlin. The buildings still stand; in the long storefront of what is now a 'personal management' agency you can imagine a piano workshop. 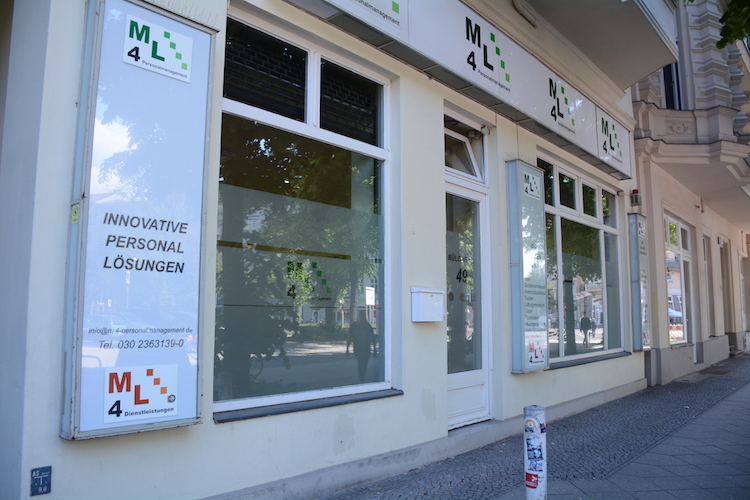 Carl too gave off vibes but very different ones from his posher Paris cousin. The Bösendorfer is munificent, fluid, with a light touch and rounded tones that perfectly suit the Romantic music I favour. Carl, while emitting wonderfully deep, rich bass tones also conducive to moodiness, had a harder touch, received my fingers with a certain recalcitrance. At first in the apartment I could not make the same sounds come out of him that I had in Herr K’s workshop.

After struggling for a couple of weeks, I sat down one Sunday afternoon to practise. A while into it—during one of my Chopin Nocturnes, I remember—the notes suddenly began to flow. Again, some of you (husband included) will think I’m crazy but it was as if the piano were speaking to me, telling me he had been through some very bad times. It made tears well up in my eyes and I felt that through my playing I was letting the piano know I would care for him. 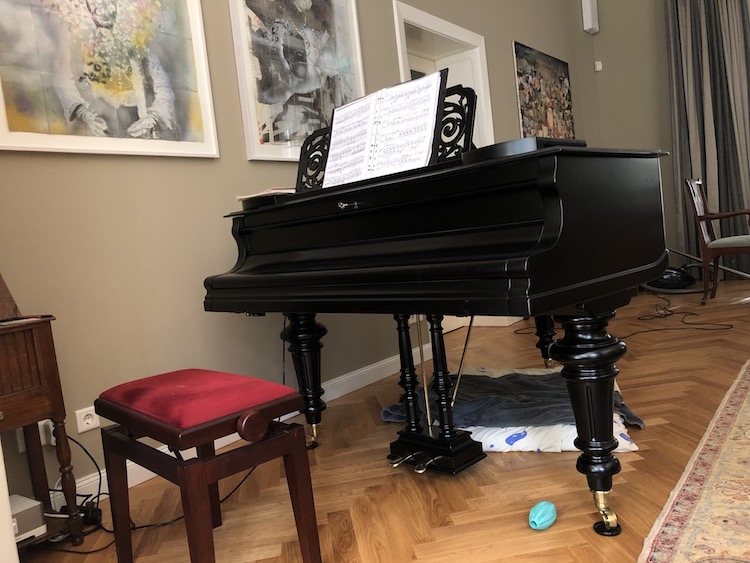 Part of the furniture

When we decided to leave Berlin, it seemed right that Carl should not be wrenched from his home city. But after a potential buyer shunned him for a Bechstein, I consulted Herr K. He said a sale might not be easy—there were already lots on the market—and we decided to take this large piece of Berlin to the Perche with us. 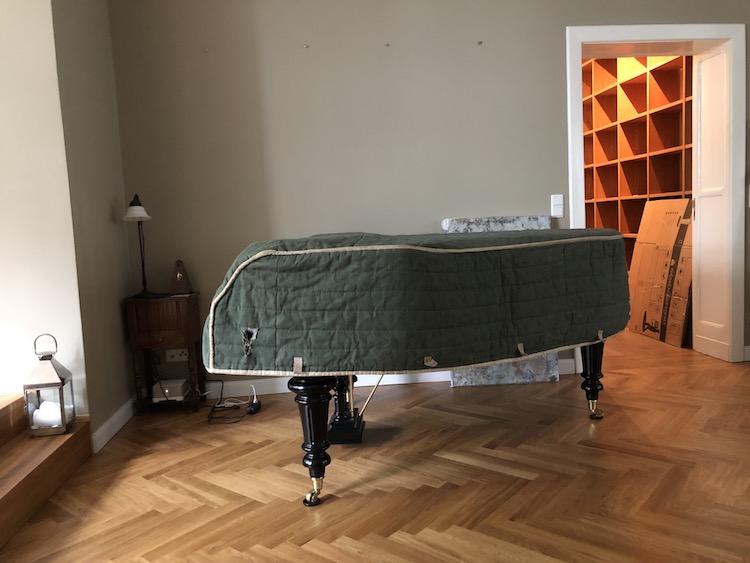 During the move I watched the movers take him apart... 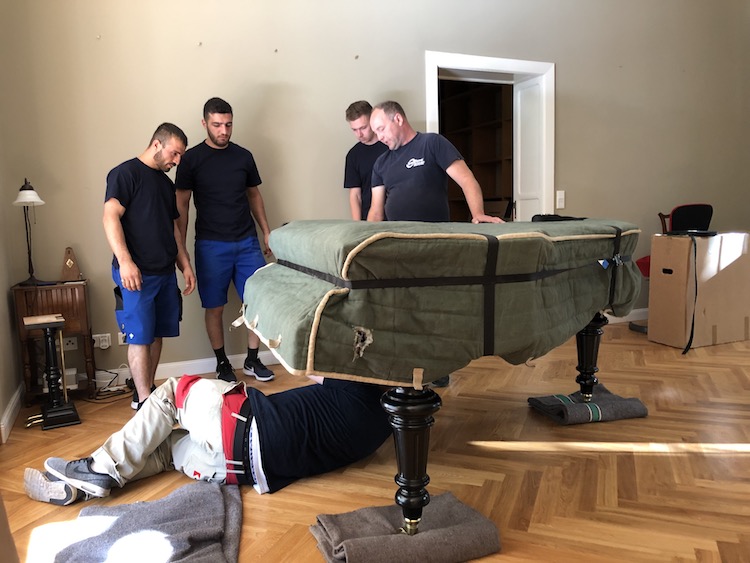 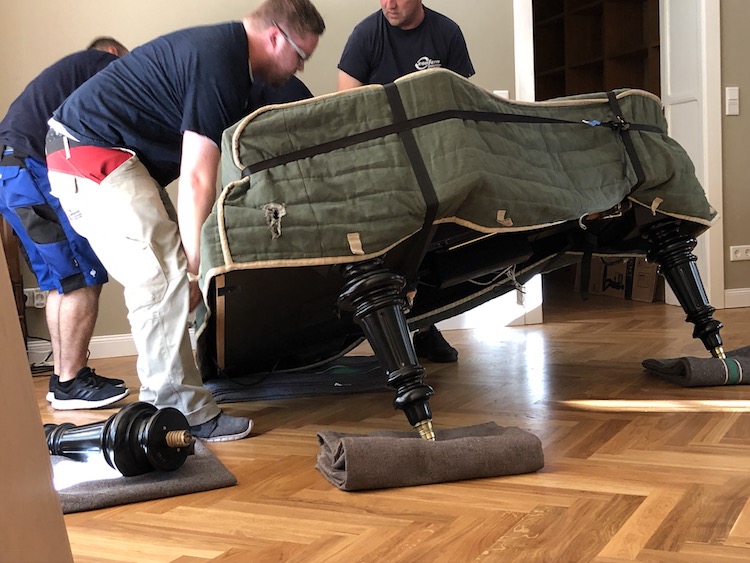 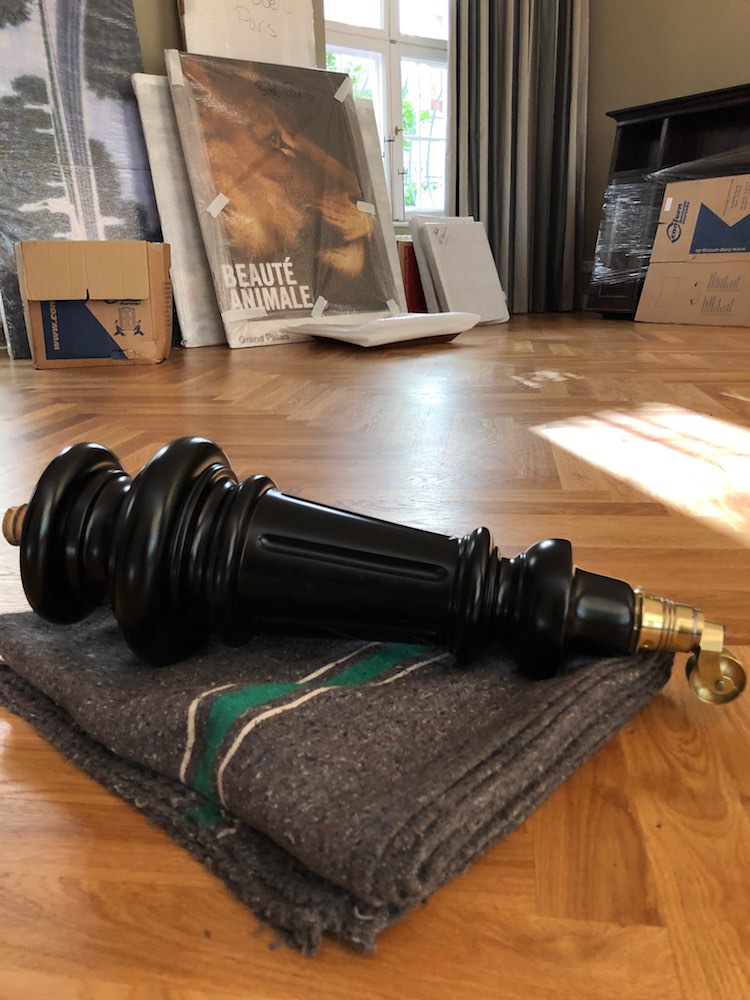 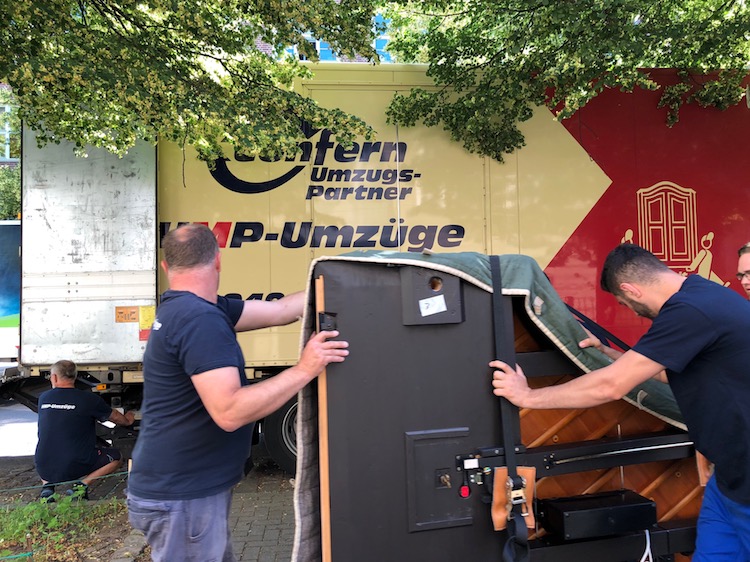 Once again those tears welled up—it seemed so momentous, turning this noble creature into an emigré.

Upon arrival here in the Perche... 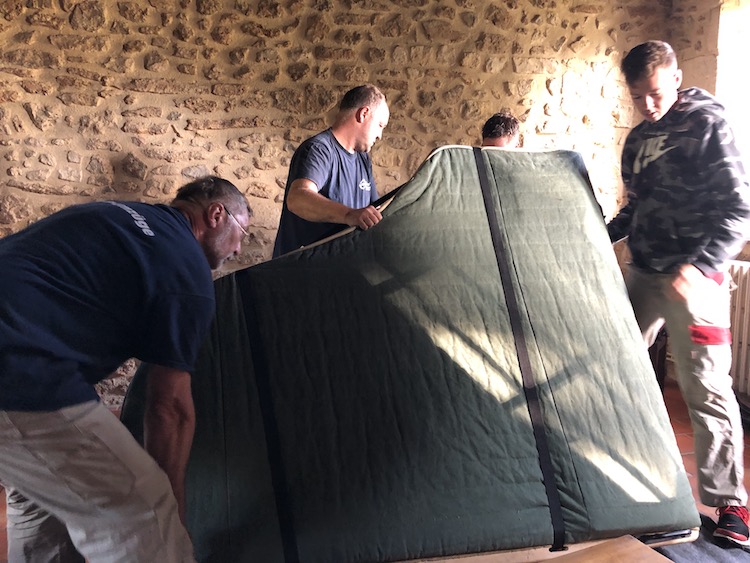 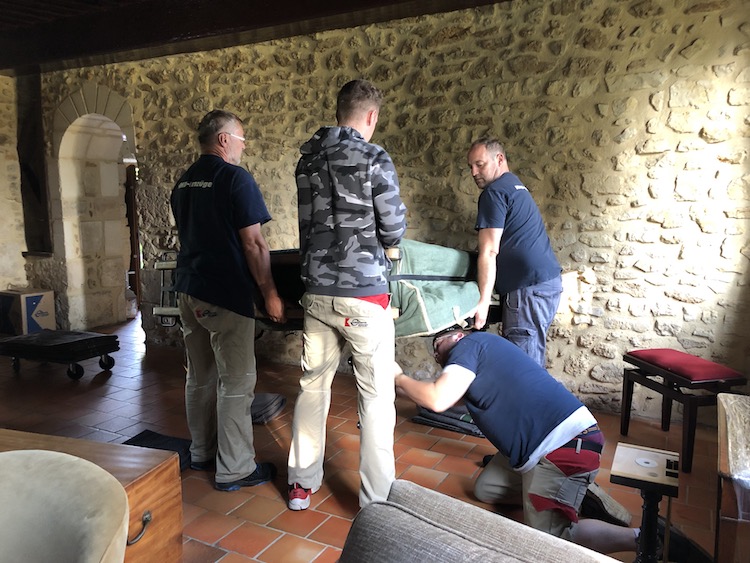 ...there were those wet eyes again, prompting one of the movers to remark: ‘It really has an effect on you, doesn’t it?’ 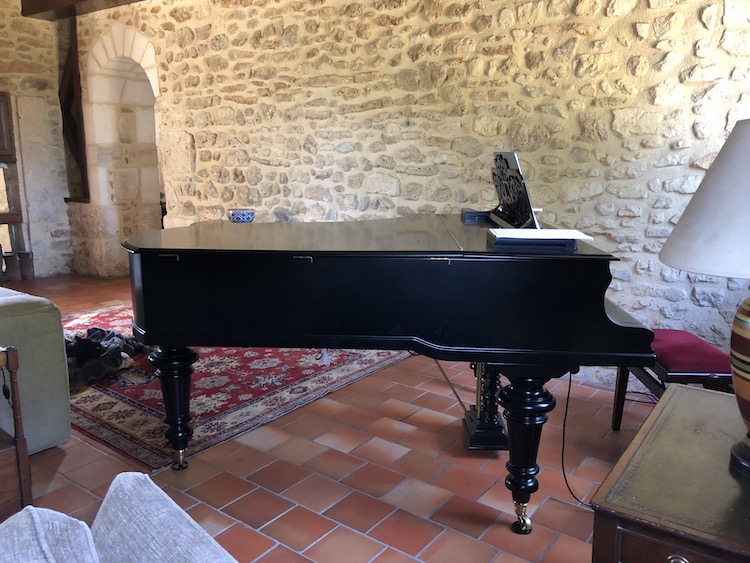 The piano looked grand in the stone walls of this 16th century seignurie percheronne but how would he sound, how would his keys react here?

To warm us up, I played the first ‘real’ piece of music I learned, Bach’s Prelude in C-major from The Well-Tempered Clavier. Baroque music requires no sustain pedal (the one on the right that makes the notes continue to resonate) but when I got to the end of my prelude, Carl H. Hintze was humming. He sounded like a purring cat. Okay, the pedal may or may not have got stuck in the move but there is irrefutable proof of Carl's state of mind here in the Perche:

In Berlin, every time I sat down to play, Tasha would get up, give me the evil eye and flee to the farthest corner of the apartment. Here in the Perche, however, with her bed right next to Carl, she sleeps on when the notes start to sound. I'd say we have one happy piano. 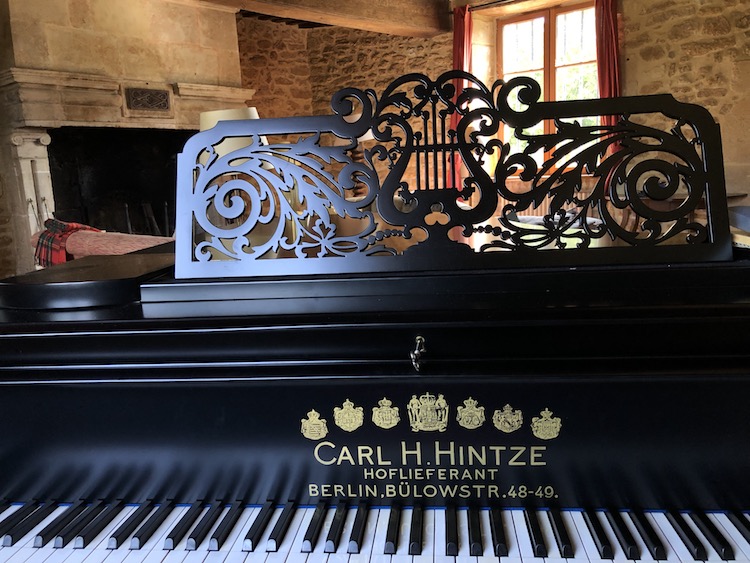 At home, in the Perche