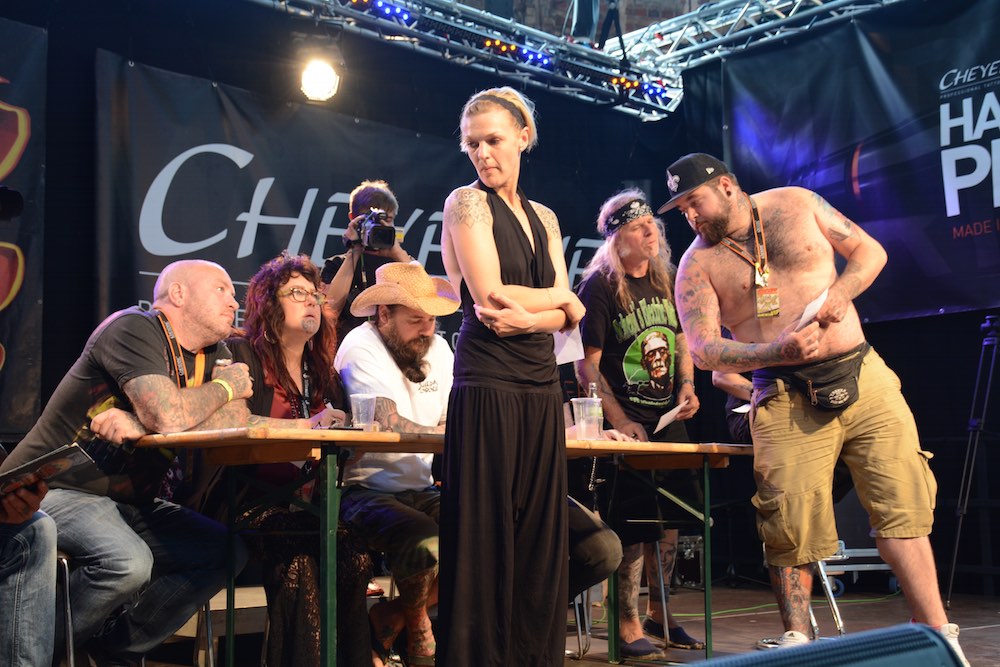 From a distance, I’d seen signs but imagined that I’d missed it, or if not, that it would be at a far-flung venue at an inconvenient time. But I was wrong on all counts. The Berlin Tattoo Convention was last weekend, right at the end of our street.

It is obvious to any visitor that a significant portion of the population in this city is tattooed. In the chillier months, the adornments peek out on muffled bodies. But in summer, as temperatures rise and layers of clothes are peeled off to a skimpy minimum, the full scope, or close to it, is on display. Un-festooned, one can at times feel a member of an unenlightened minority.

So last Sunday I set off (David having declined an invitation to accompany me) to the convention. Rather nervously, I’ll confess. With my virgin skin, at my advancing age, would they even let me in? More worryingly, if admitted, would I be able to take photos without appearing voyeuristic?

I was wrong to worry, on both counts.

Built in 1927 as a rail depot, Arena Berlin is a handsome brick, iron and glass structure. It is one of the largest indoor spaces in Europe unsupported by columns and is now used for events including trade fairs such as the tattoo convention. Of the hundred or so stands last weekend, some were selling clothes, body art literature or piercing ornaments but most were there to execute tattoos.

As for my fellow attendees, they ran the gamut from tattooed top to toe... 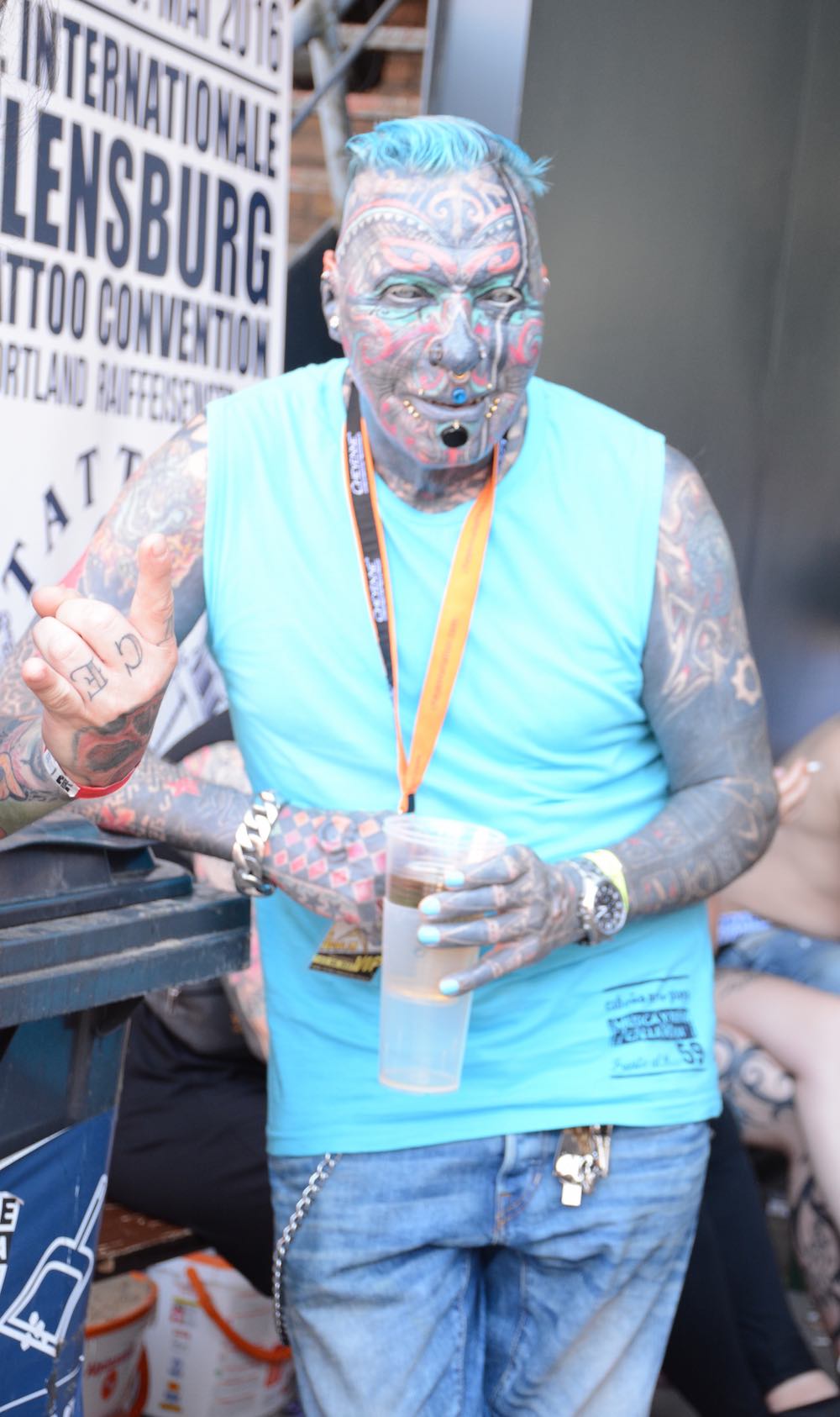 ...to the uninitiated like me. There were families, couples, individuals, all milling about the booths or sitting on the terrace at the food and drink stands. 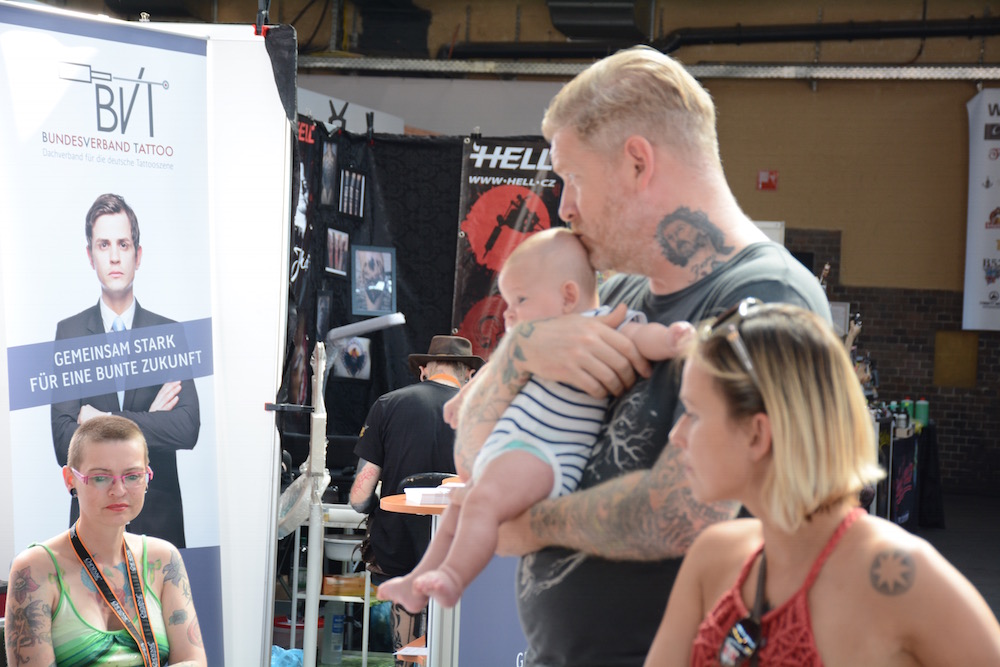 A voice on a microphone called up contestants for the tattoo competition. The ambiance was more country fair than heavy metal. 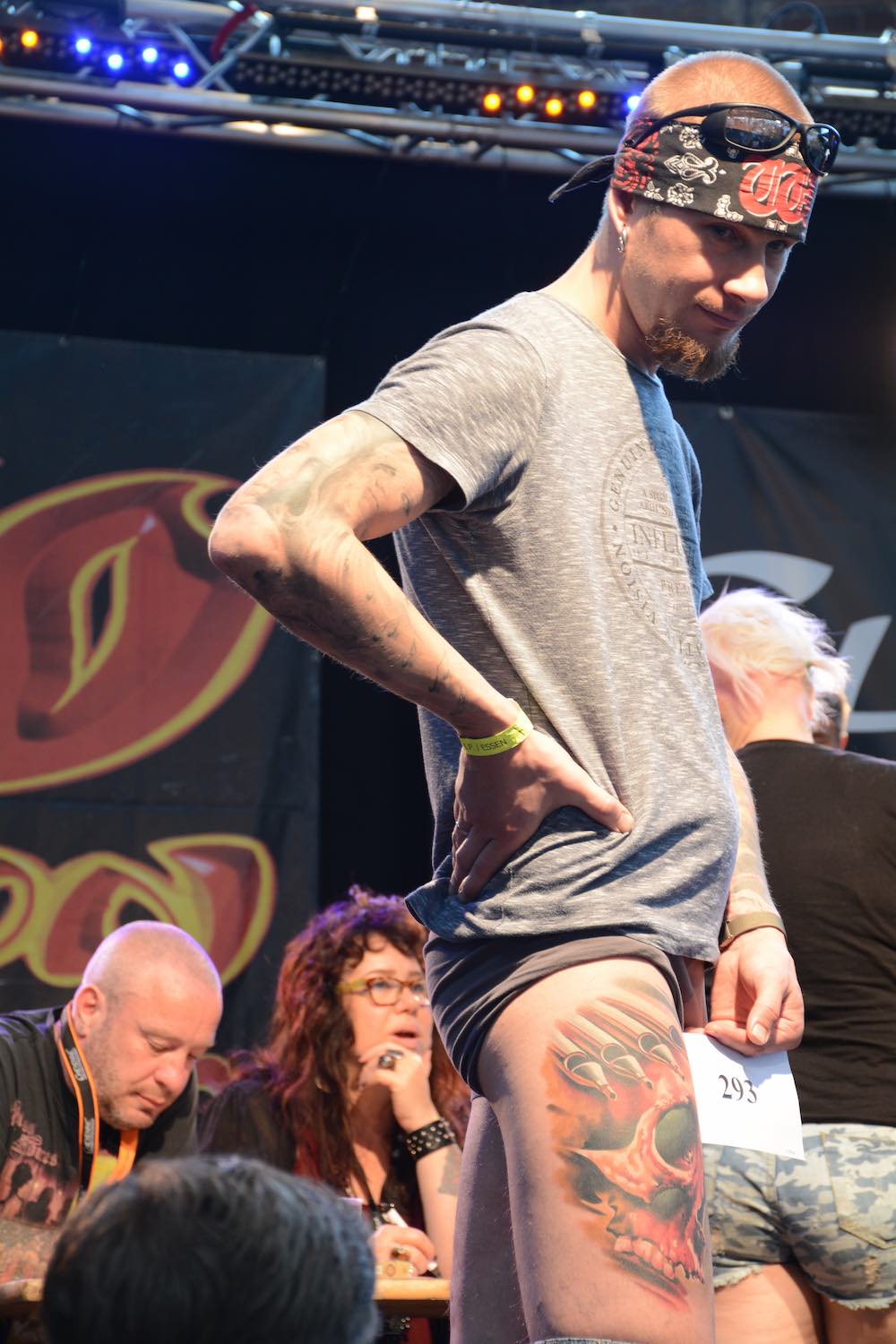 As for photos, it was like fishing in an overstocked pond. No one objected and most appeared to relish being snapped, which in this suspicious age of ubiquitous surveillance and nefarious internet use is unusual. 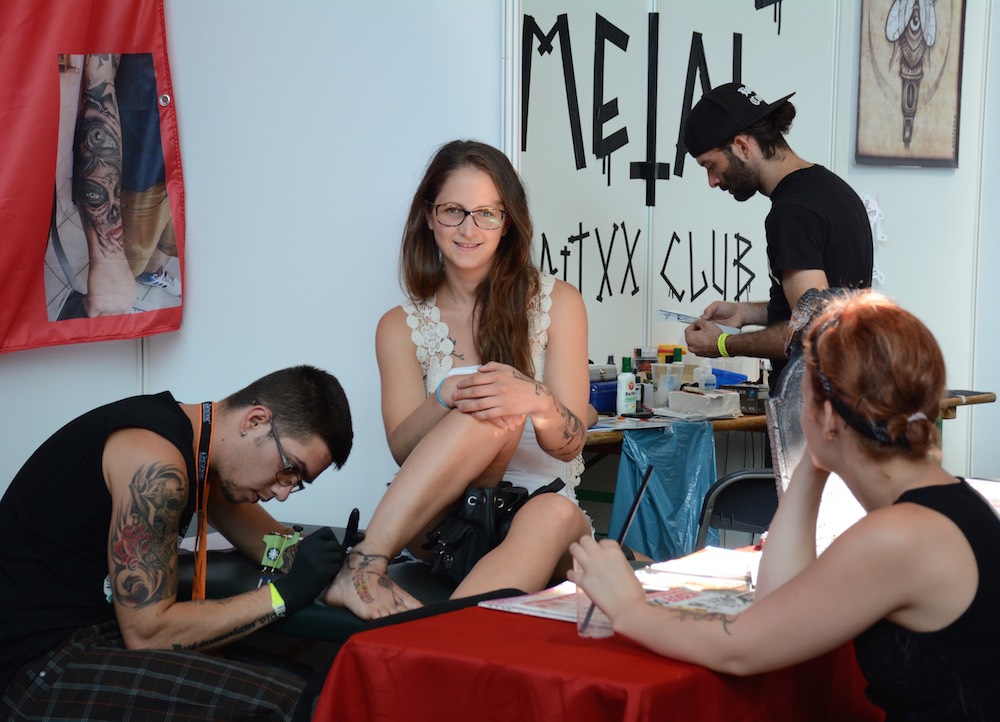 In taking photos of these willing people in groups and individually, I was continuously reminded of old master paintings: people's arms and legs leading the eye in and around the composition, helping to create a visually harmonious tableau... 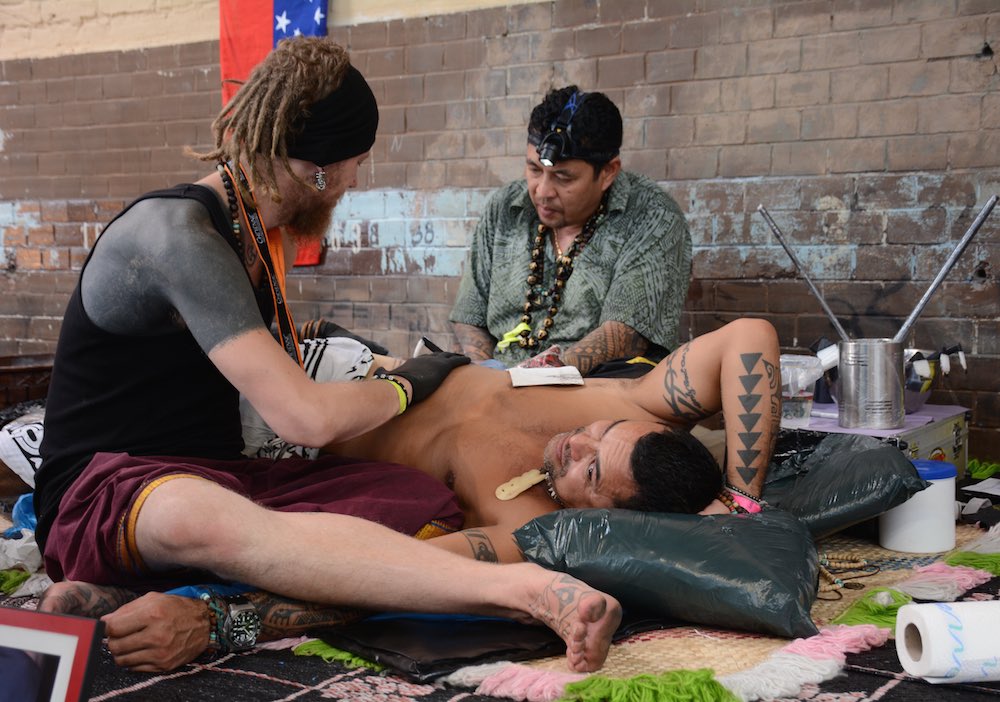 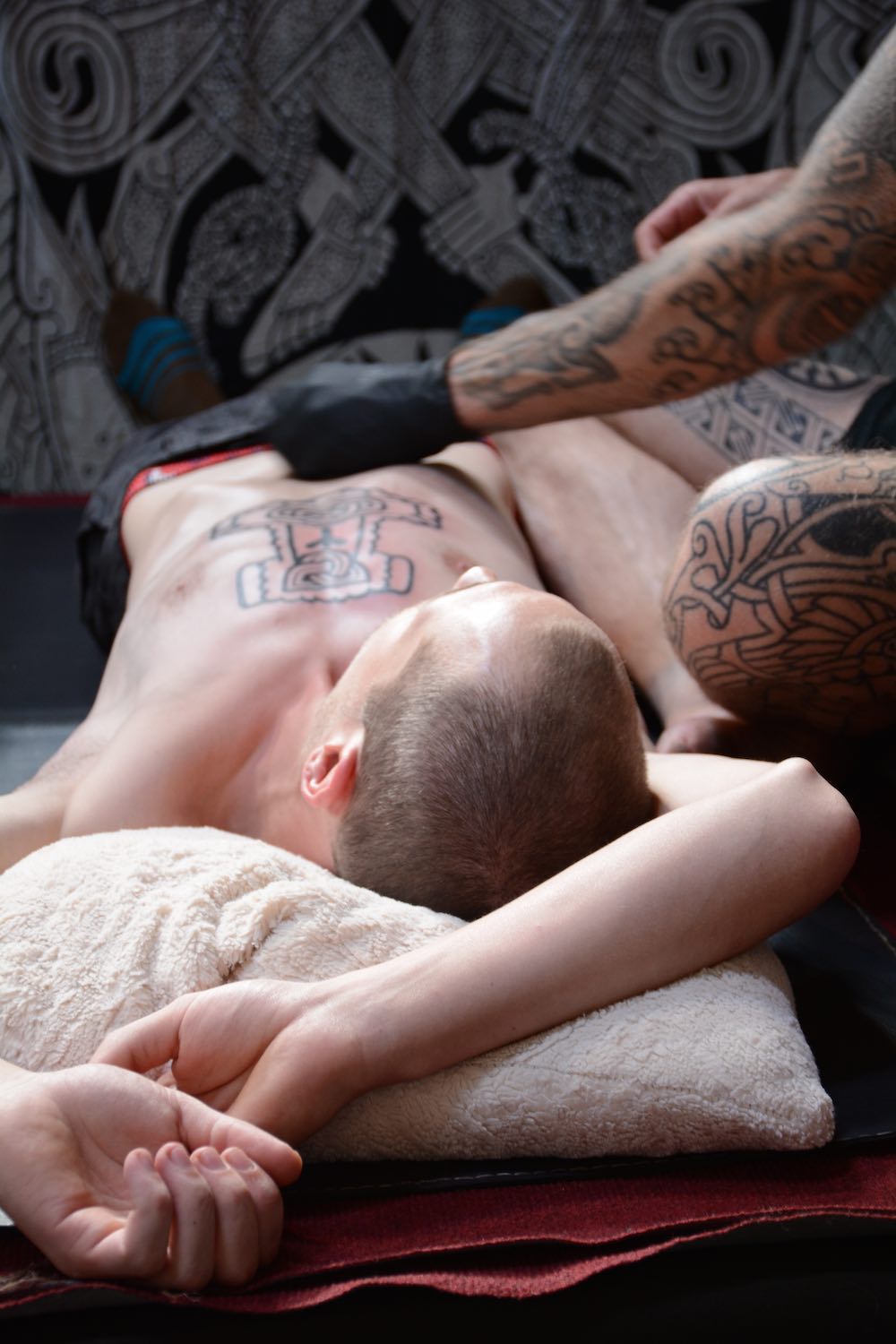 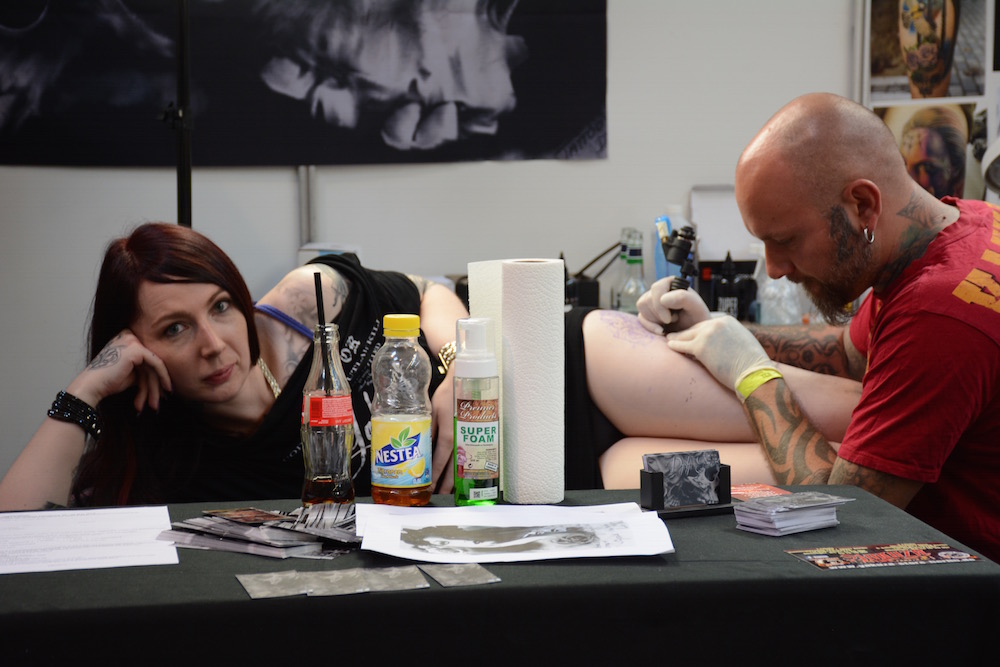 Even surrounded by all these happy, approachable conventioneers, I remained perplexed as to why people want tattoos, especially pervasive ones. It hurts, can be expensive (the tattooist I asked said he charges 100€ an hour) and is, unless you want more pain and expense, permanent. Is it merely a skin-deep sign of extreme narcissism, explaining why everyone was so open to being photographed? Or is it more complicated than that? 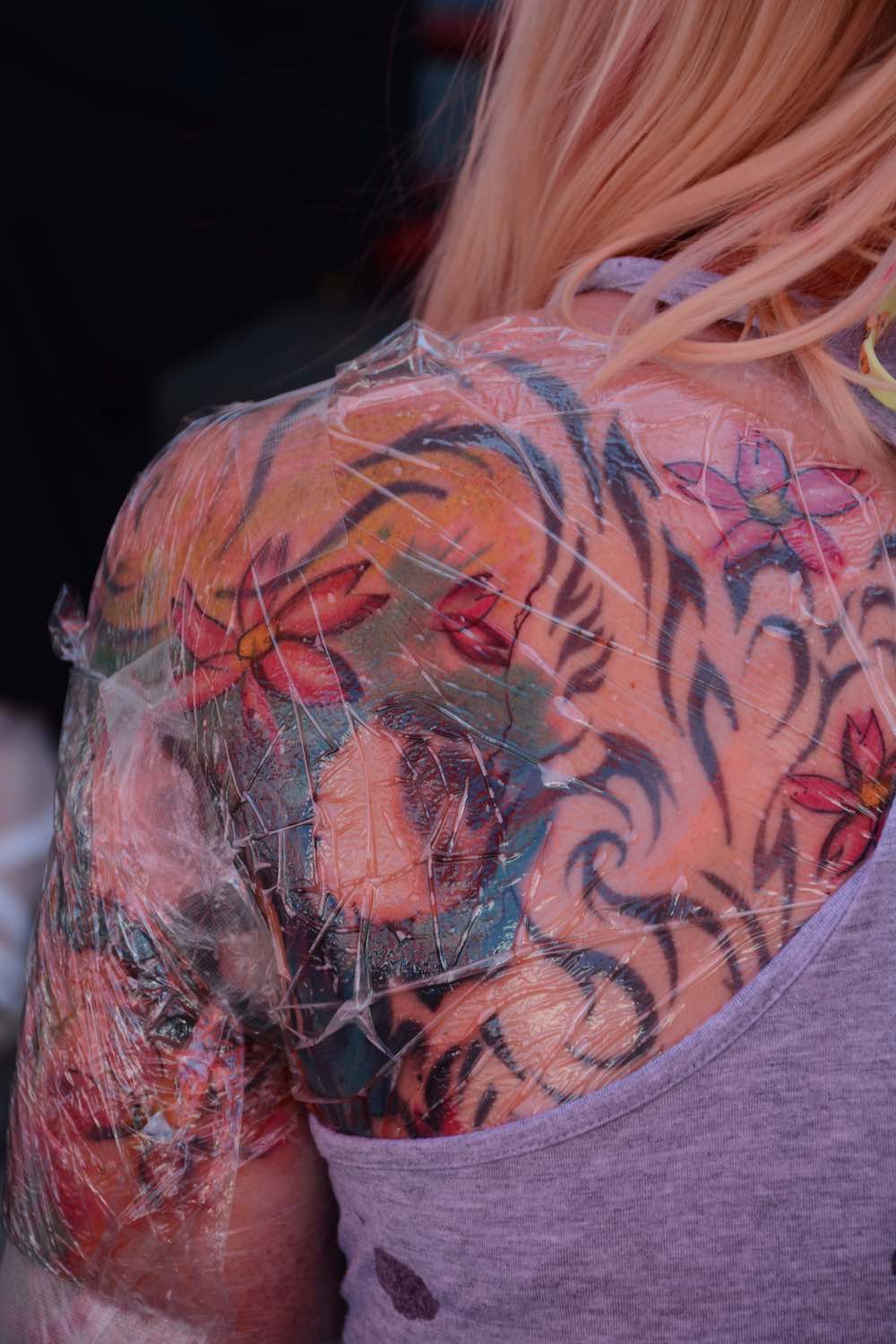 Since I wouldn’t have known where to start asking at the convention itself, I turned—where else—to the internet. Explanations include rebellion, commemoration of an event or a person and membership of a group. But the main motivation, not surprising in our world of the Supreme Individual, where paradoxically it's harder and harder to feel like an individual, is to give your inner You outer expression. Which is a little more nuanced than undiluted narcissism.

What about a change of heart? For me, who can spend a whole day regretting what I had for breakfast, this would be a big concern. But the internet has also informed me that only one out of six people feels "tattoo remorse". And this includes older people, some of whom don't even get their first tattoos until their 50s or 60s.

Watch this affecting video and see what you think: https://vimeo.com/89546048

If the convention didn’t change my mind, it did open it up. And I really enjoyed taking those photographs.

nb: I woke up at 5.30 this morning (18.08) with "blog remorse", a condition cured freely and painlessly, thanks to the protean internet. This is a slightly edited version of the original.