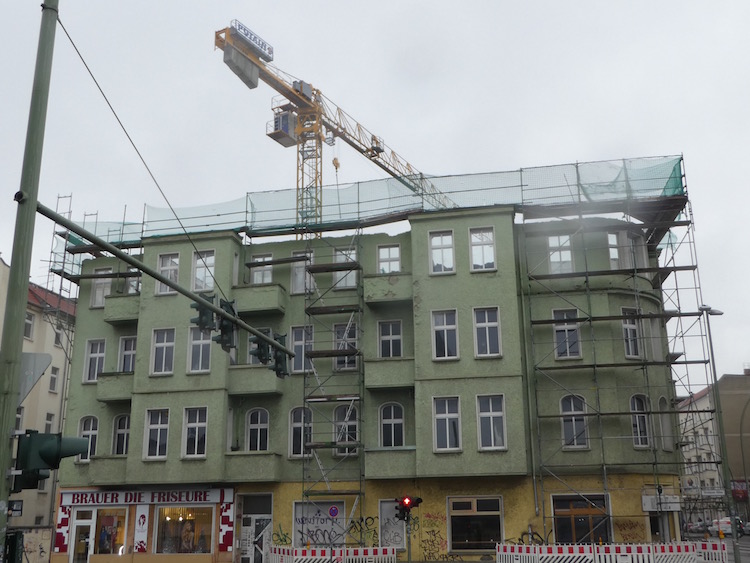 This will undoubtedly come as a shock to anyone who knows or lives in Berlin but people sometimes say to me, including a few who have actually visited the city: “There’s no difference between East and West anymore, is there?”

It’s true that most places tourists dare to tread can make the city appear as one. The Museum Island, Unter den Linden and chic Kieze like Mitte or Prinzlauerberg no longer look like the shell-shocked and neglected areas they were when half the city was under the thumb of the Soviet Union. The few Soviet-style buildings that remain in tourist areas blend in reasonably well to their surroundings 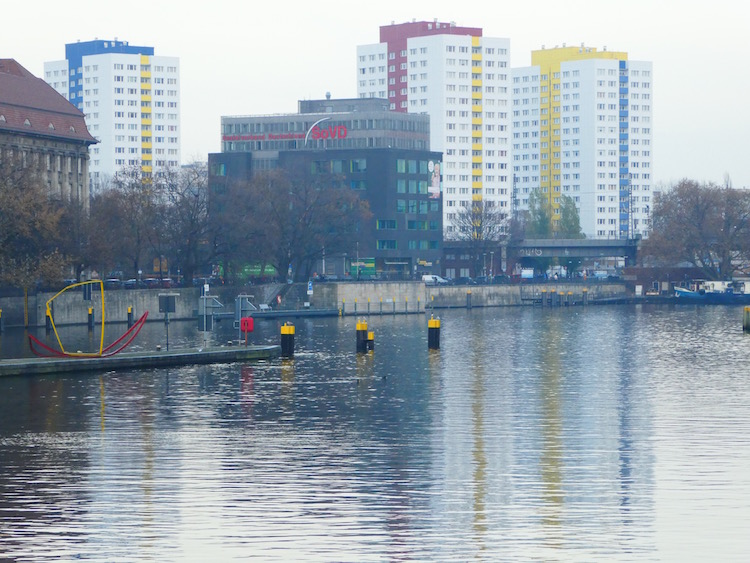 and the fact that there are many construction sites just seems normal to urban life in 2016. Even Paris, after all, is one big chantier. Mostly you don't notice former border crossings, unless you by chance glance at the paving stones I've photographed and reproduced here many times. 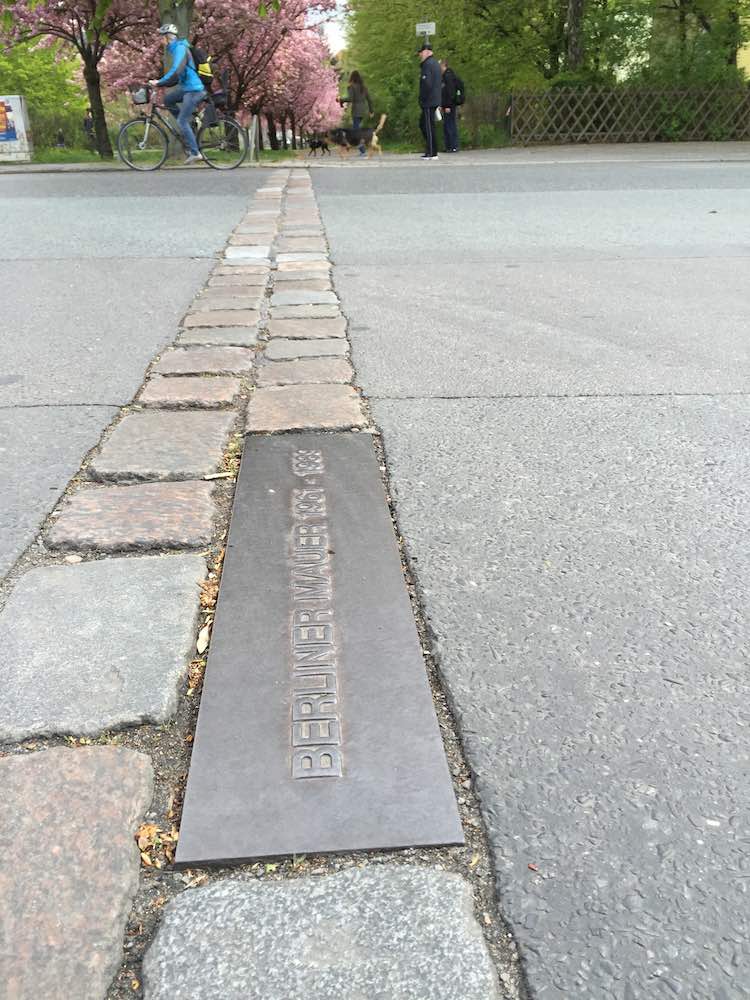 Over the last 25 years the West has been steadily tearing down, rebuilding and re-inventing the East. Put another way, capitalism has been winning over Soviet-style socialism. 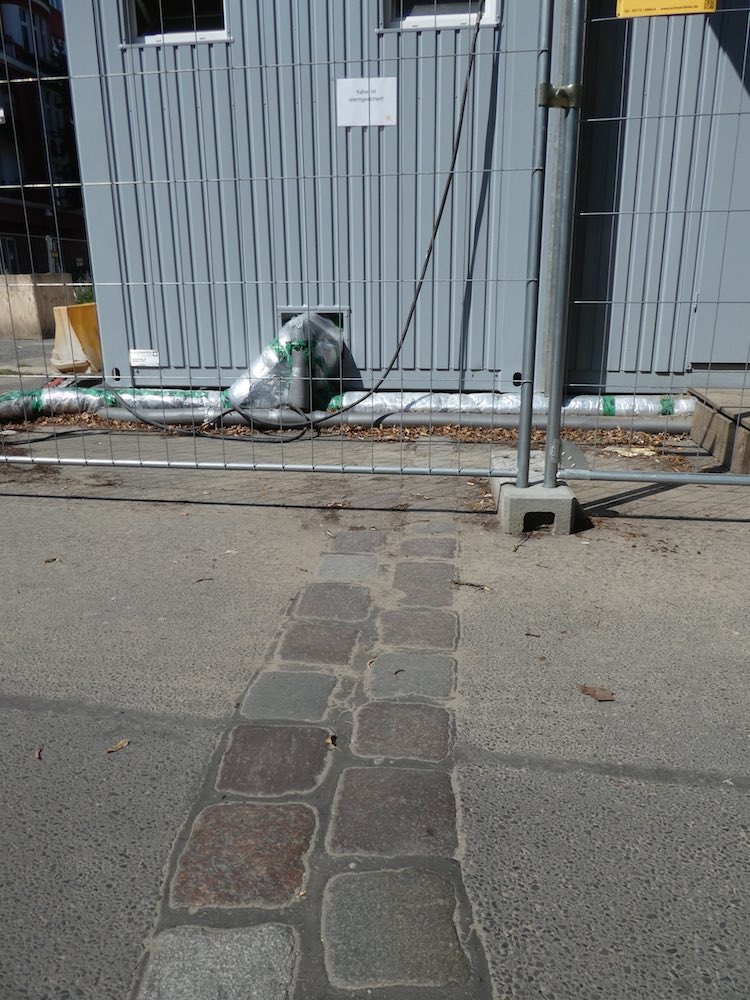 More and more wastelands where the border once stood are being developed. In our neighbourhood, in fact, there’s currently a frenzy of activity. I mentioned a project a month ago where some buildings had been torn down to be re-developed. I have since noticed three other major building sites within a stone's throw from the former Wall on what a year ago were empty lots. 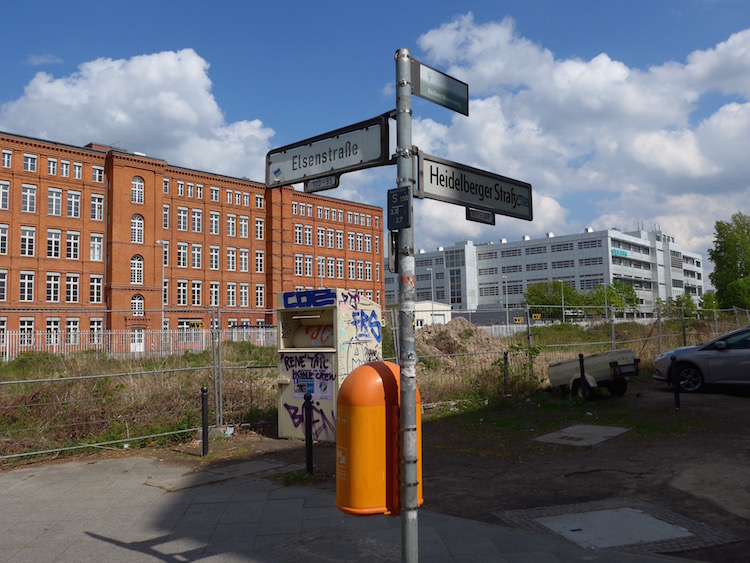 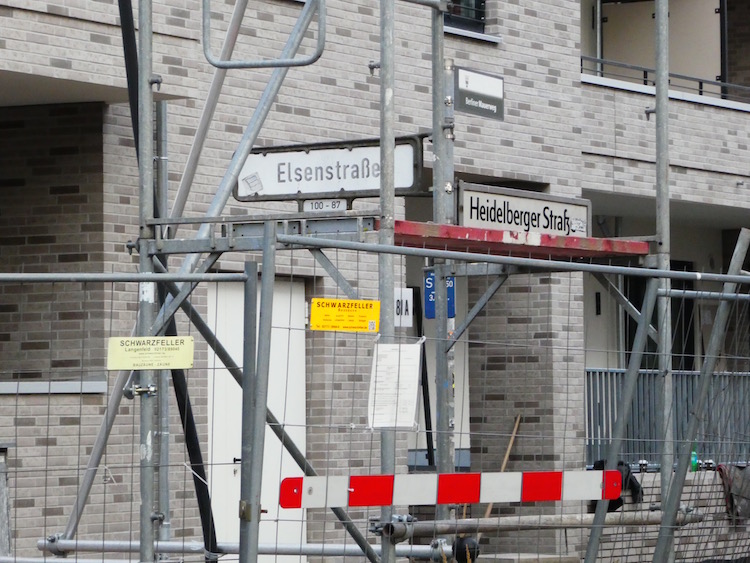 But you don't have to look too hard or too far to see the East is still the East. More obvious illustrations include dilapidated buildings amidst modern high-brow architecture near the centre... 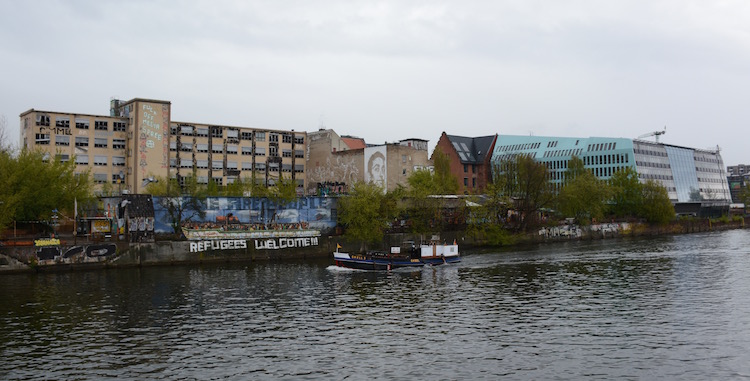 ...or the more pedestrian in farther-flung areas... 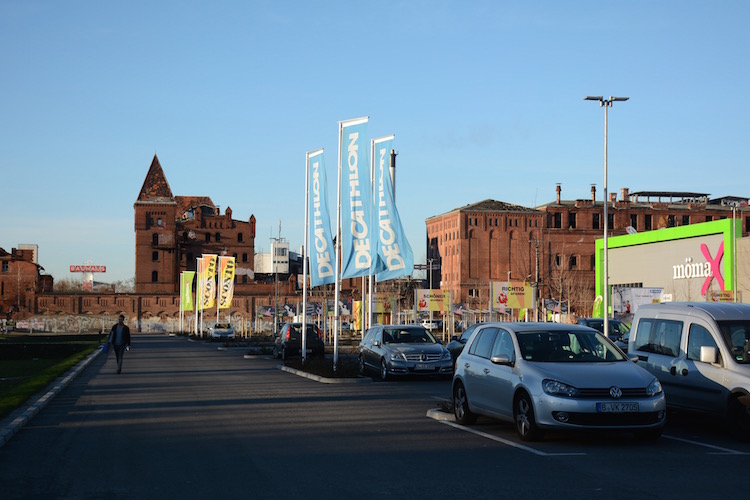 You only have to walk beyond Alexanderplatz to find ample examples of Soviet Plattenbau architecture blighting the landscape. 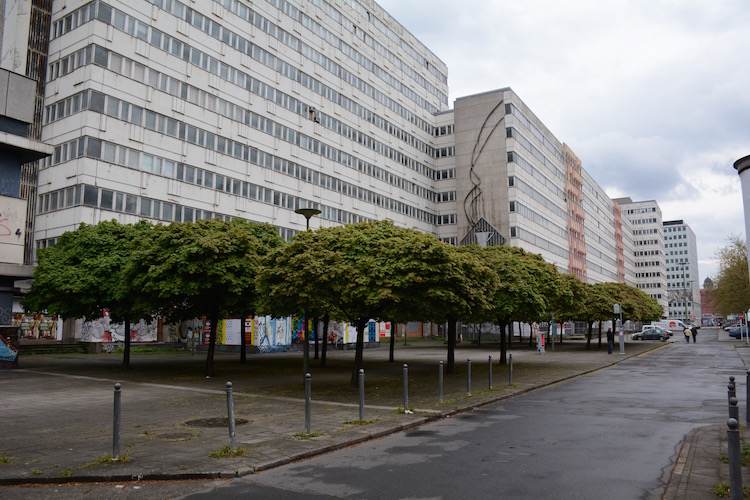 Never mind areas such as Marzahn and Lichtenberg and Hohenschönhausen, where the young and the hip rarely venture unless leaving the city or going to Ikea.

There are more subtle differences too. Trendy nightclubs that pop up on bits of unused land between S-Bahn and a busy street... 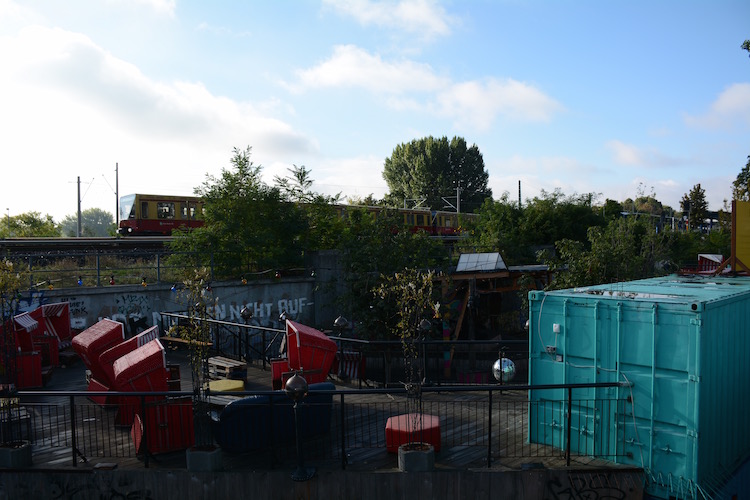 Old letter boxes whose buildings are gone or in disuse: 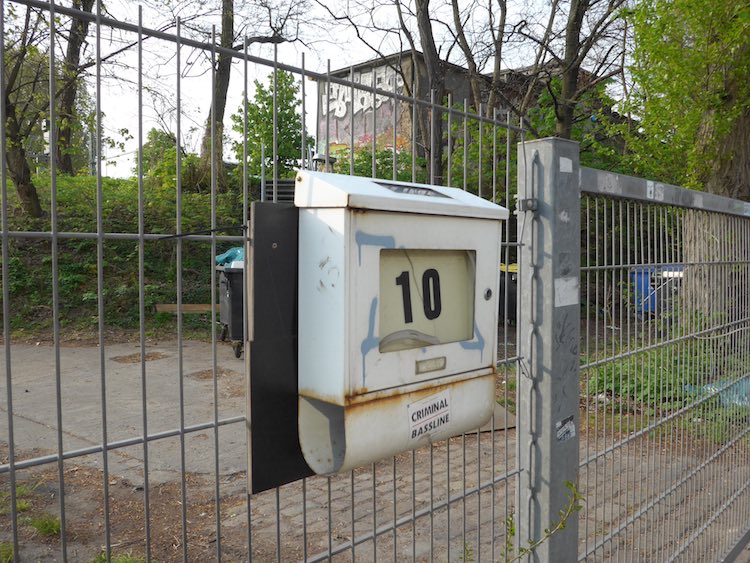 (nb the place at the bottom to stick another relic of the 20th century, a newspaper)

There are the over-ground gas pipes that adorn so many cities of the former Soviet bloc. 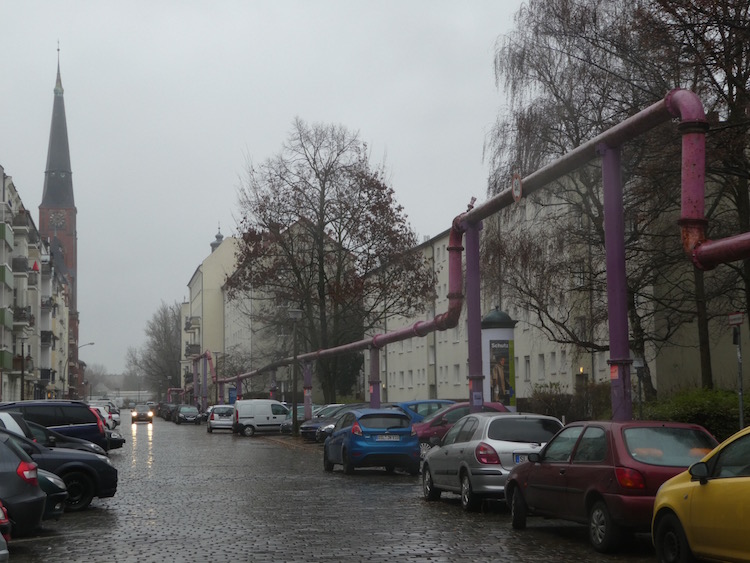 Many of the distinctive streetlights in the East remain... 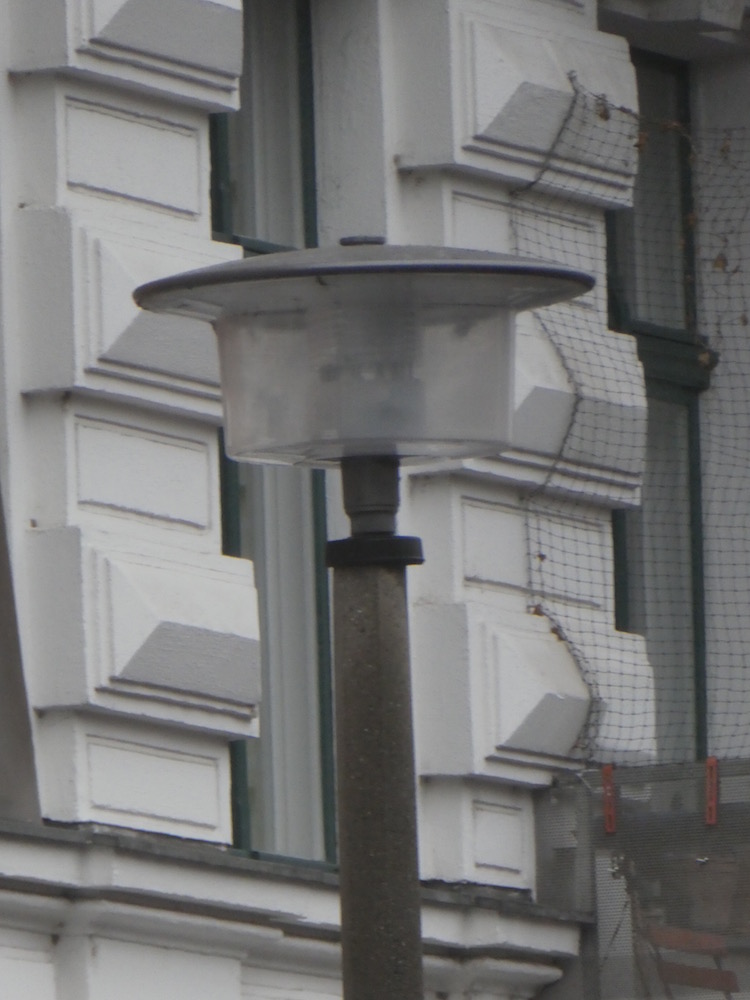 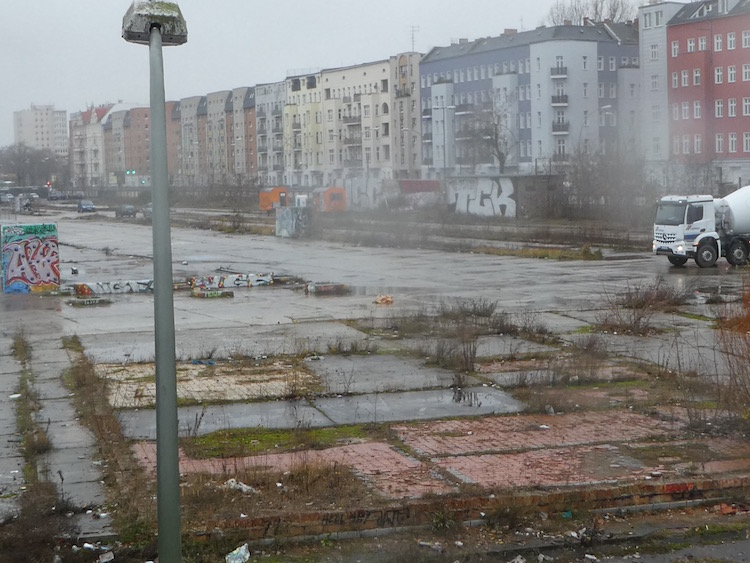 ...and cast a different light, as this satellite photo reveals. I don't think I have the right to reproduce it so, click here

The people are also different. Mentalities have only converged up to a point, maybe partly because there are larges pockets of the elderly in the East. 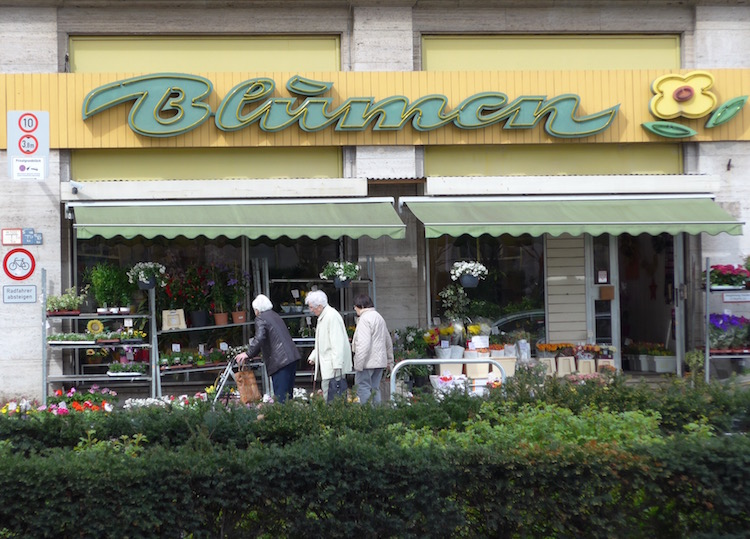 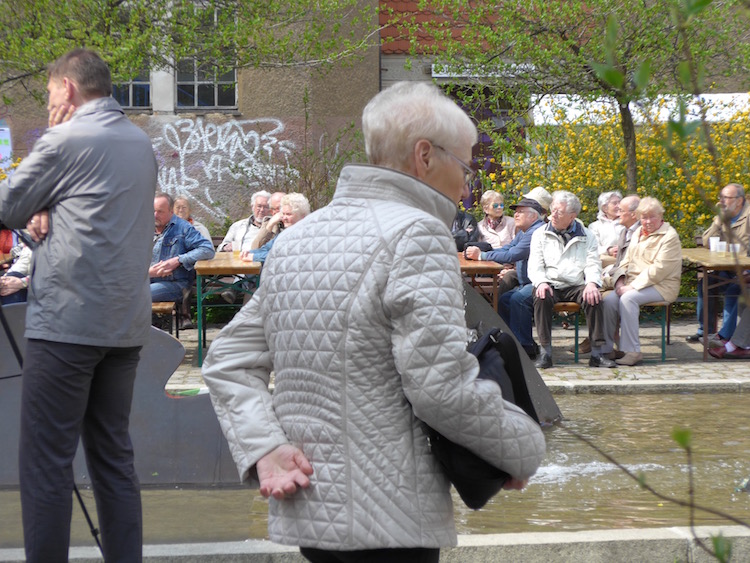 I can think of only one icon from the East that has not just endured but also migrated West: the Ampelmännchen, the little traffic light men. 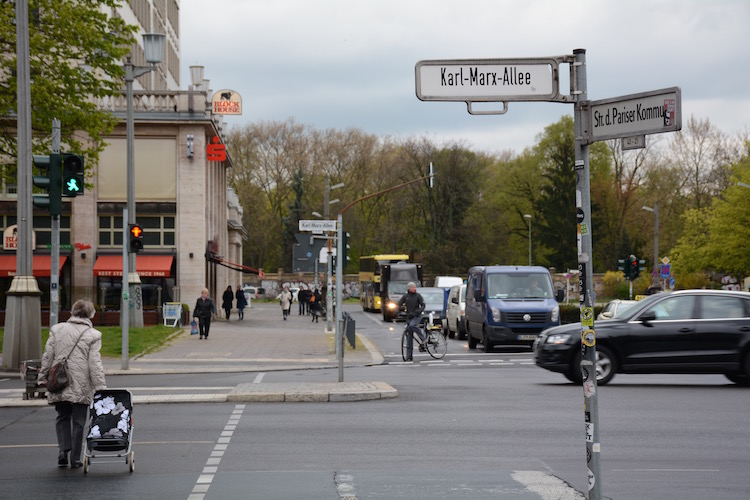 These green and red figures with their pert step and cute hats, created by an east German psychologist, actually became the stuff of revolution. When the West tried to replace them, a movement was started. Now you not only see them East and West, there are Ampelmann shops selling every tourist item you can imagine embellished with the image. There's even a restaurant. The phenomenon is less surprising, I guess, when you consider how manic the Germans are about traffic management.

East-West differences have been on my mind lately because of the way Vladimir Putin is flexing Russia's muscles and extending its influence. First Georgia, then Crimea and the Ukraine, then Syria and the relentless bombing of Aleppo. The Russian president supports extreme right wing parties and politicians across Europe. President-elect Trump has praised him, as has the mainstream right candidate for the French presidency, François Fillon.

In 1989 the pundits said democracy and capitalism had triumphed for good. Many said it was the end of history.

But who believes the pundits anymore? 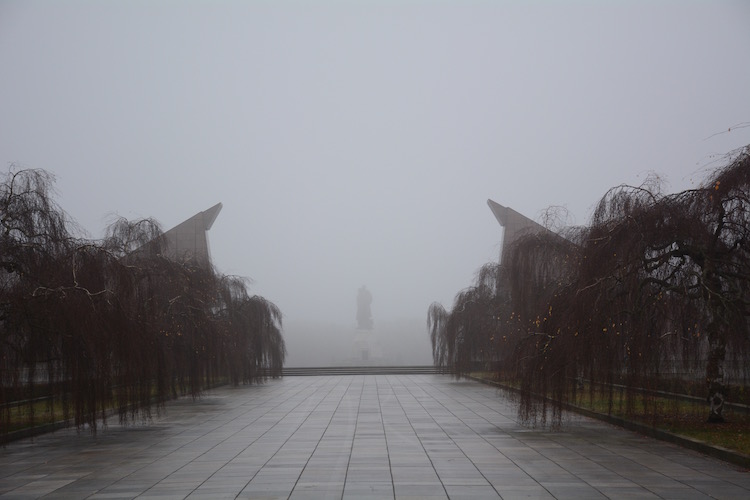