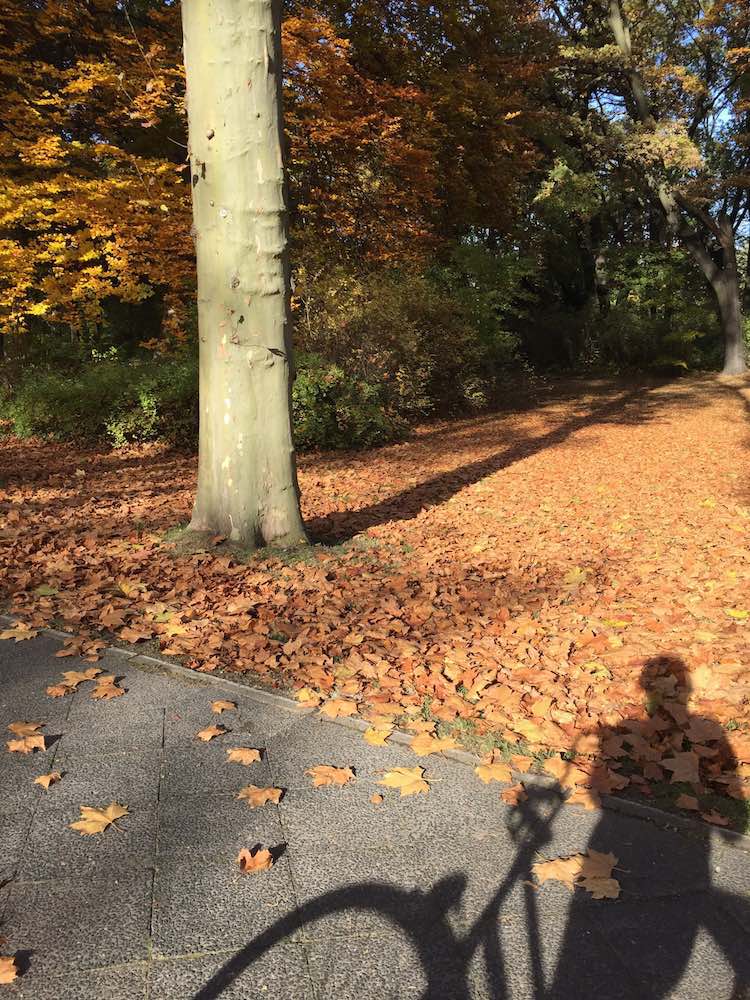 It is quiet here in Berlin. Or so it seems after months of intense movement—moving out of a house or travelling far and wide—that certainly went well beyond the boundaries of A Paris-Berlin Diary (!). But now I am sitting here in my office, the weak autumn light filtering through the window, back to normal life. 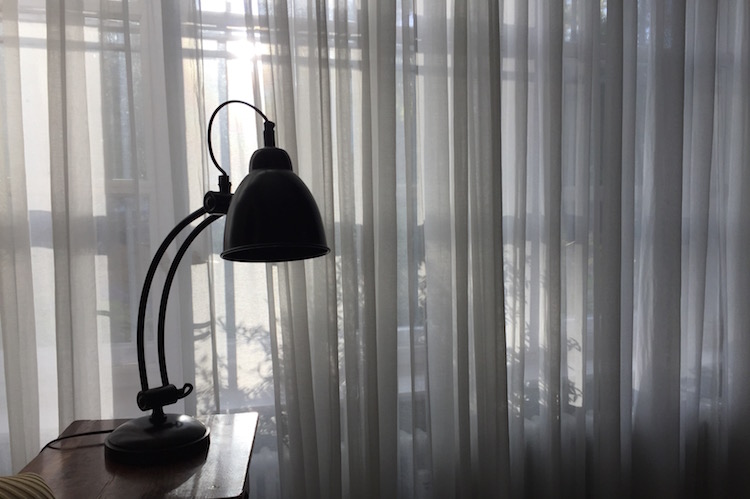 Except it still doesn't feel quite normal because we've been away from Berlin for so long and don't, ultimately, feel fully 'home' here. The good side of that slightly unsettled feeling is that there are still many impressions, many sights that strike me as remarkable or odd, even right here in our little Kiez of Alt-Treptow. For example, this reminder of what a muscular city Berlin is, with its heavily industrial history: 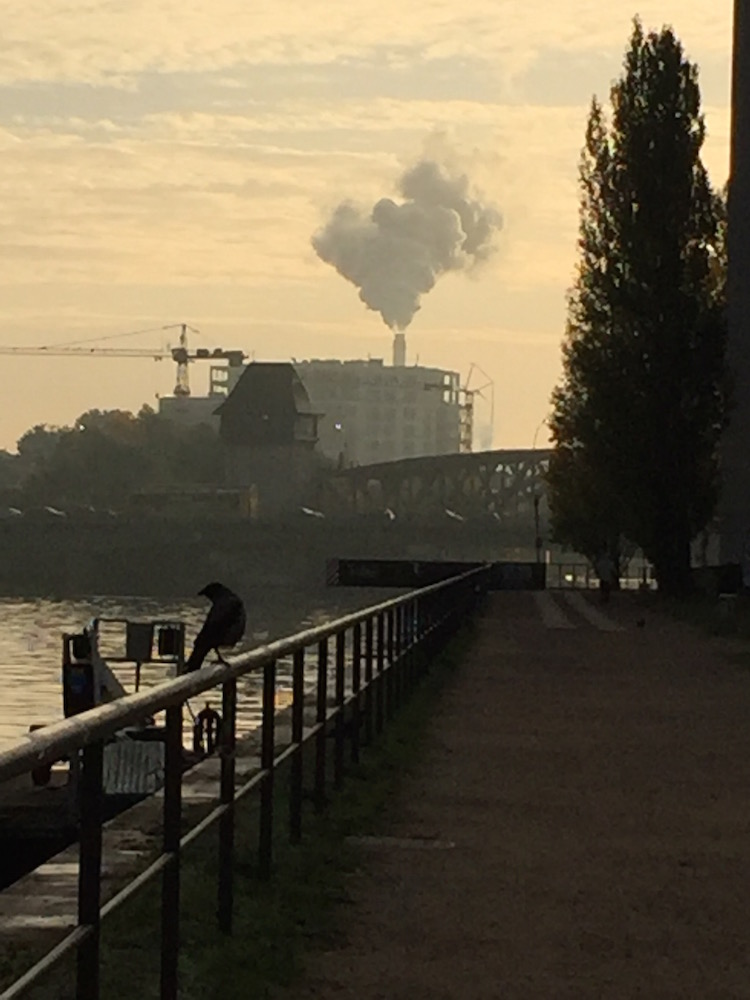 Or what a scarred city it is. We live very near where the Wall used to run and seeing the paving stone trace of it catches my breath still, especially on a dark autumn day... 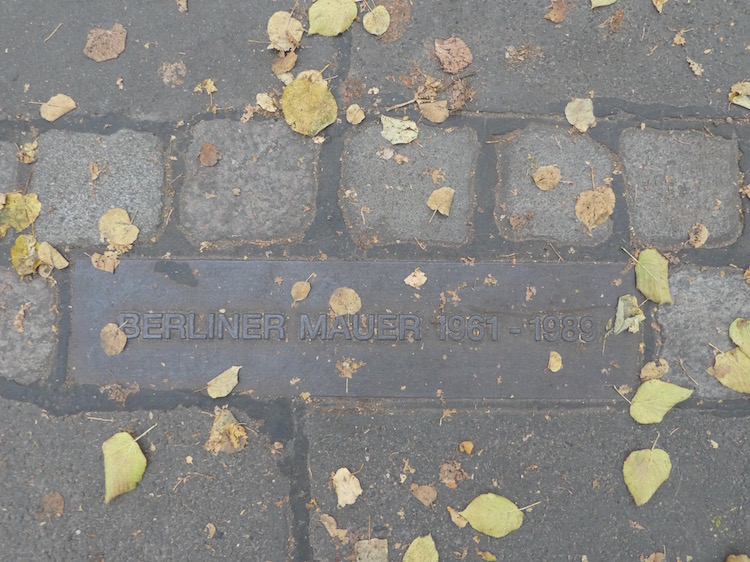 ...with new construction along a stretch where that Wall used to blight the urban landscape. Last time I was here, this was a block of albeit rather shabby flats... 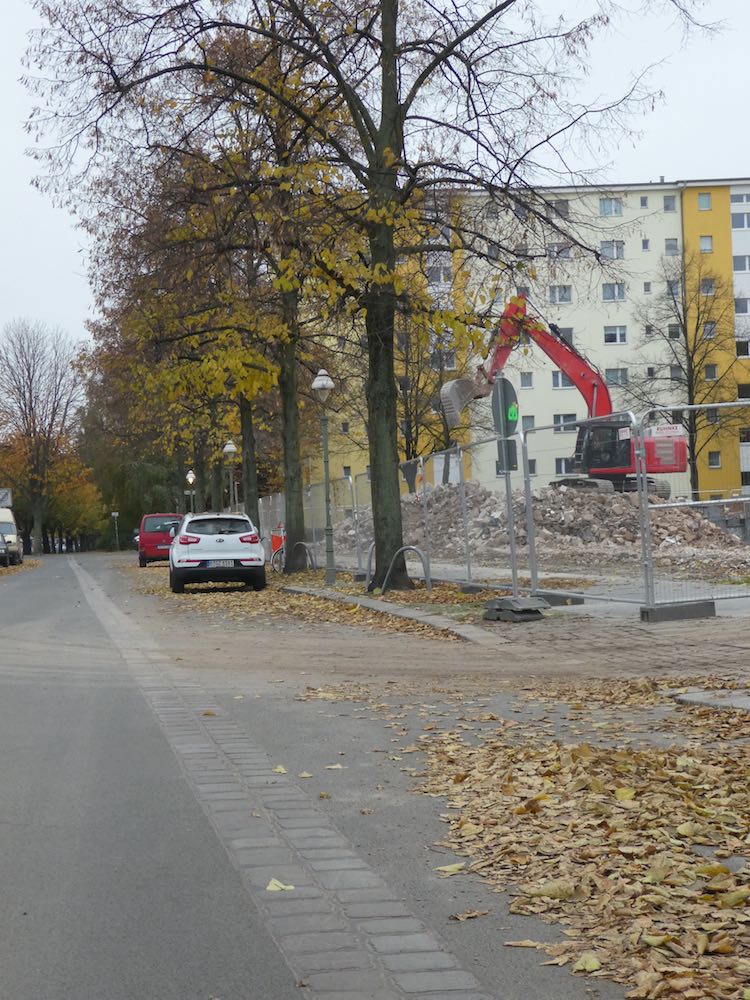 Here, on the other hand, right around the corner from us, I was happy to see the addition of a sofa... 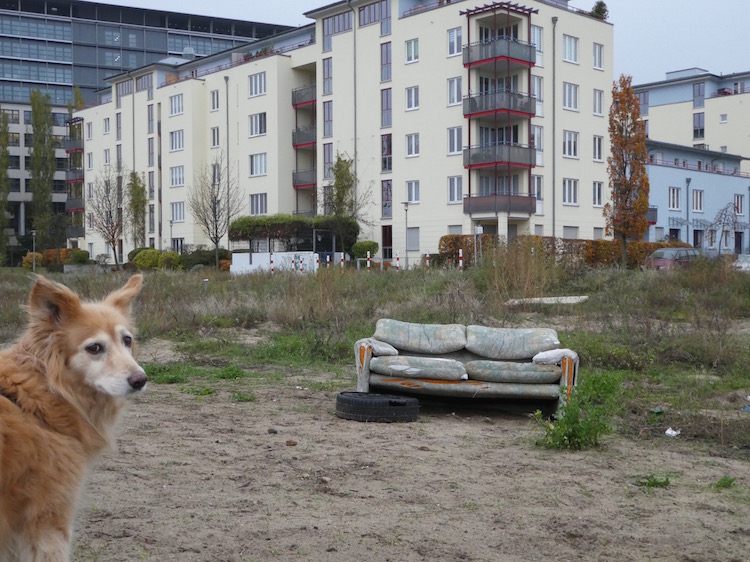 ...rather than construction work on the three towers slated for this little bit of doggy heaven on the Spree.

Then there are the things I would like a little history or background on. The recreational activities of Berlin's inhabitants, for example. 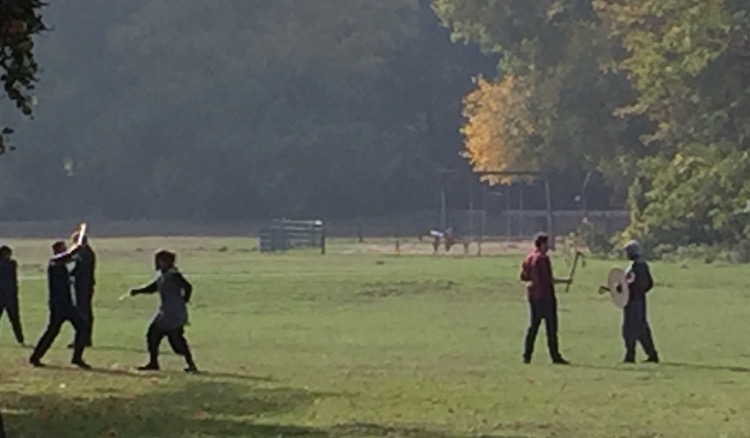 I'd like to know how this stone slab got in the middle of the woods where I run. It just lies there, with no explanatory plaque, no indication of who carved it, with no other artwork or any other hand-crafted object anywhere in sight... 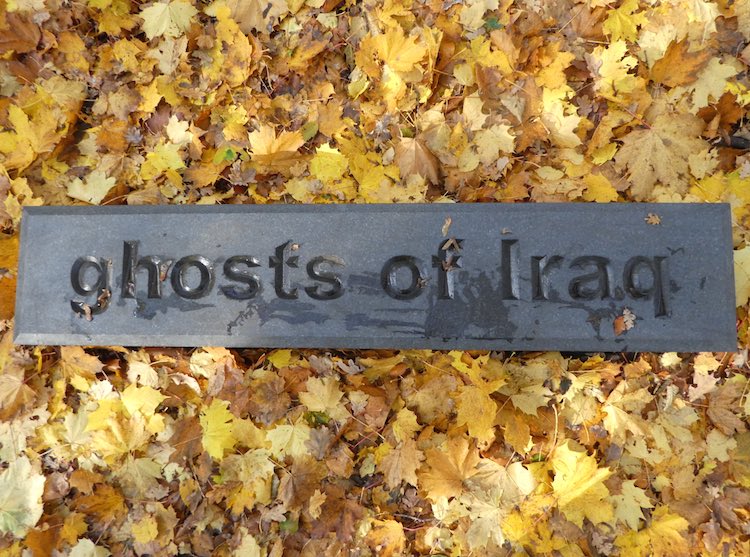 Coming back in October means getting hit over the head, day in day out, by the peerless, impenetrable Berlin grey... 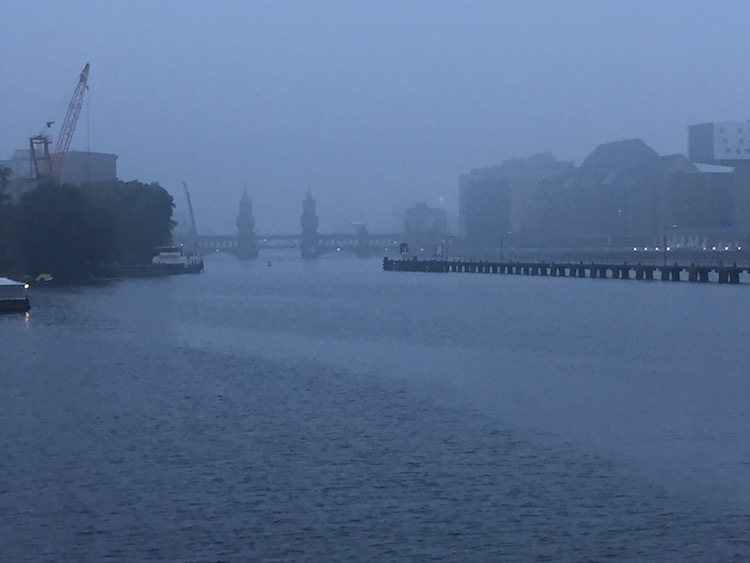 In the rare moments that the sun does shine, there’s always an edge of heartache to the long shadows of autumn, 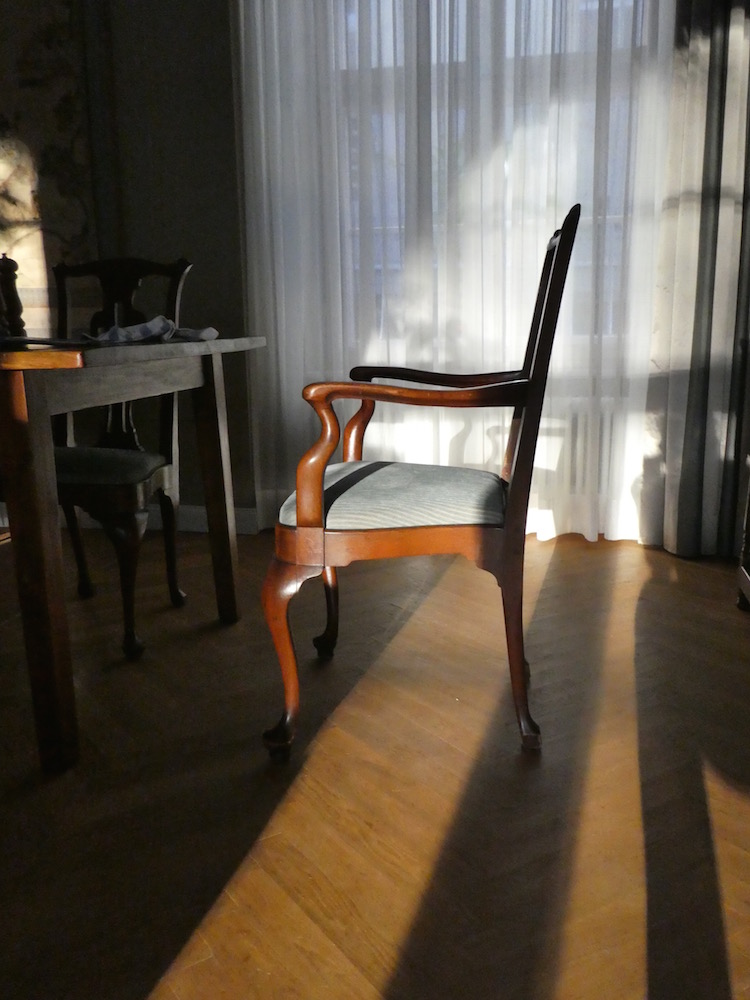 to the vivid but dead leaves. 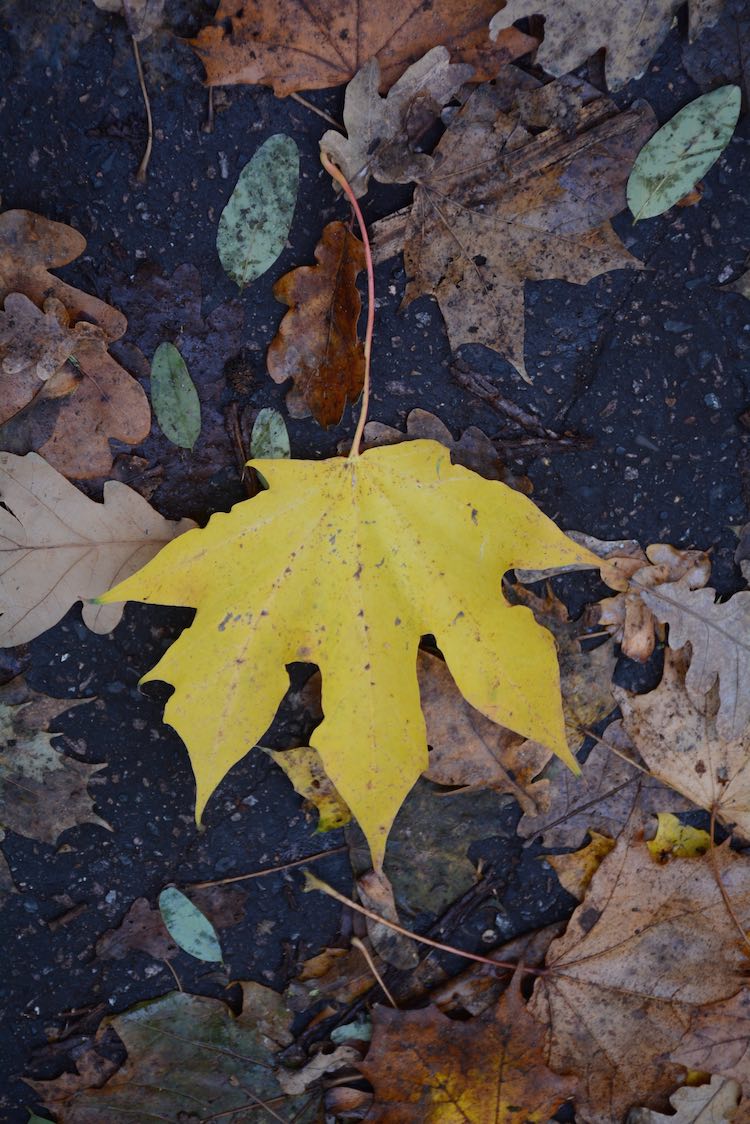 This year nostalgia for brighter days is compounded by our dear Elsa, who has become very old in the last couple of months. At almost 15, that is perfectly natural but as any dog owner knows, it is nevertheless excruciating to witness. 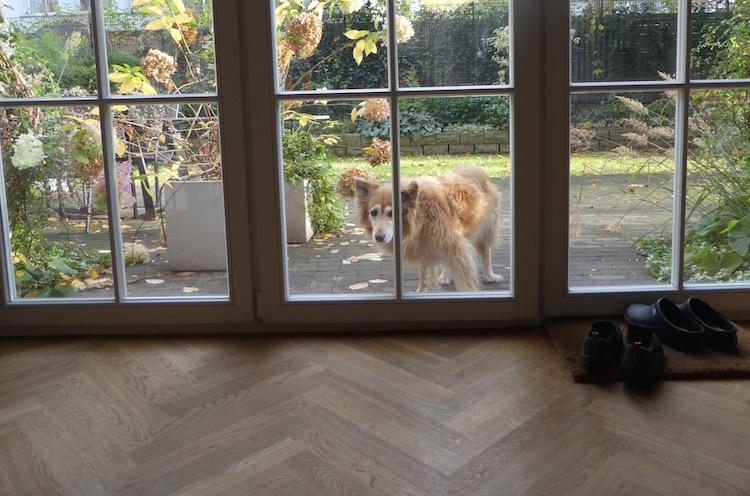 Autumn, grey and our aged dog add up to a certain melancholy as I get re-acquainted with my Berlin world. Today it is deepened—I might say even transformed into something closer to full-fledged depression—by what is happening a whole continent away. As I do my Berlin thing—sitting here at work or walking Elsa or riding my bike or running in the woods—next week's US elections crowd my mind, not just because I'm American. They hit home because the outcome will reverberate around the globe.

No question it's been an ugly business right from the start. No question the choice is far from ideal: both candidates have weighty, troublesome pasts and occupy a grey area that rightly makes voters uncomfortable.

But they're the only two viable options. And from over here, I have to say that Donald Trump, who used to baffle and amuse, now looks like less like a buffoon and more like a pitbull, ready to take the world in his maw and tear it to shreds. This crass, populist con-man and lech looks not merely unfit to be leader of what used to be called the free world. He looks downright terrifying.

So please, fellow Americans, when you punch that chad, think about the bigger picture. 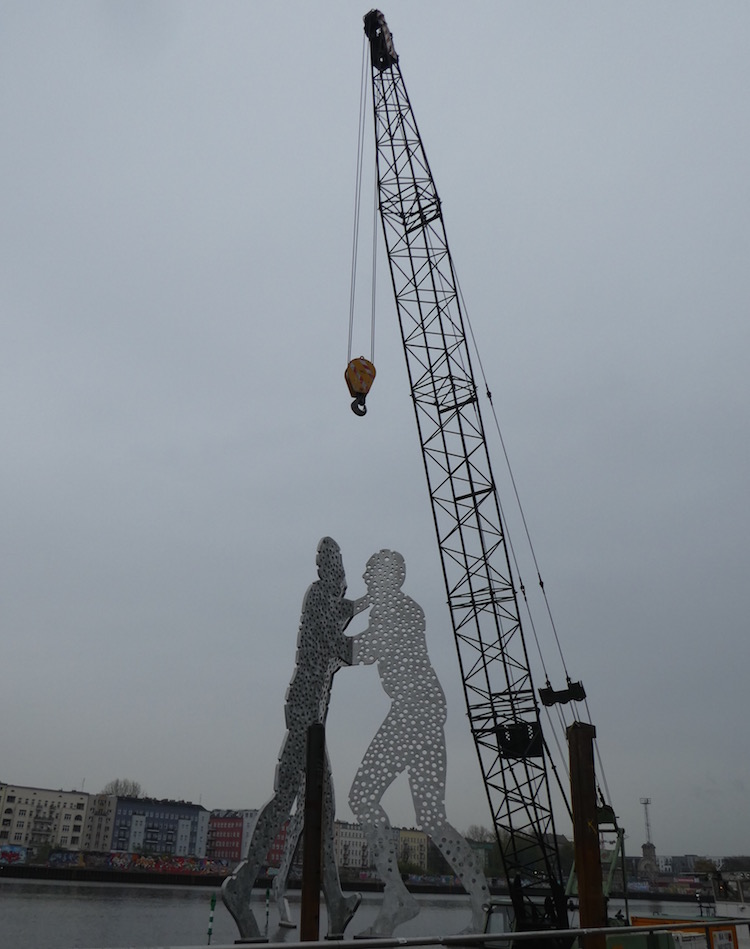