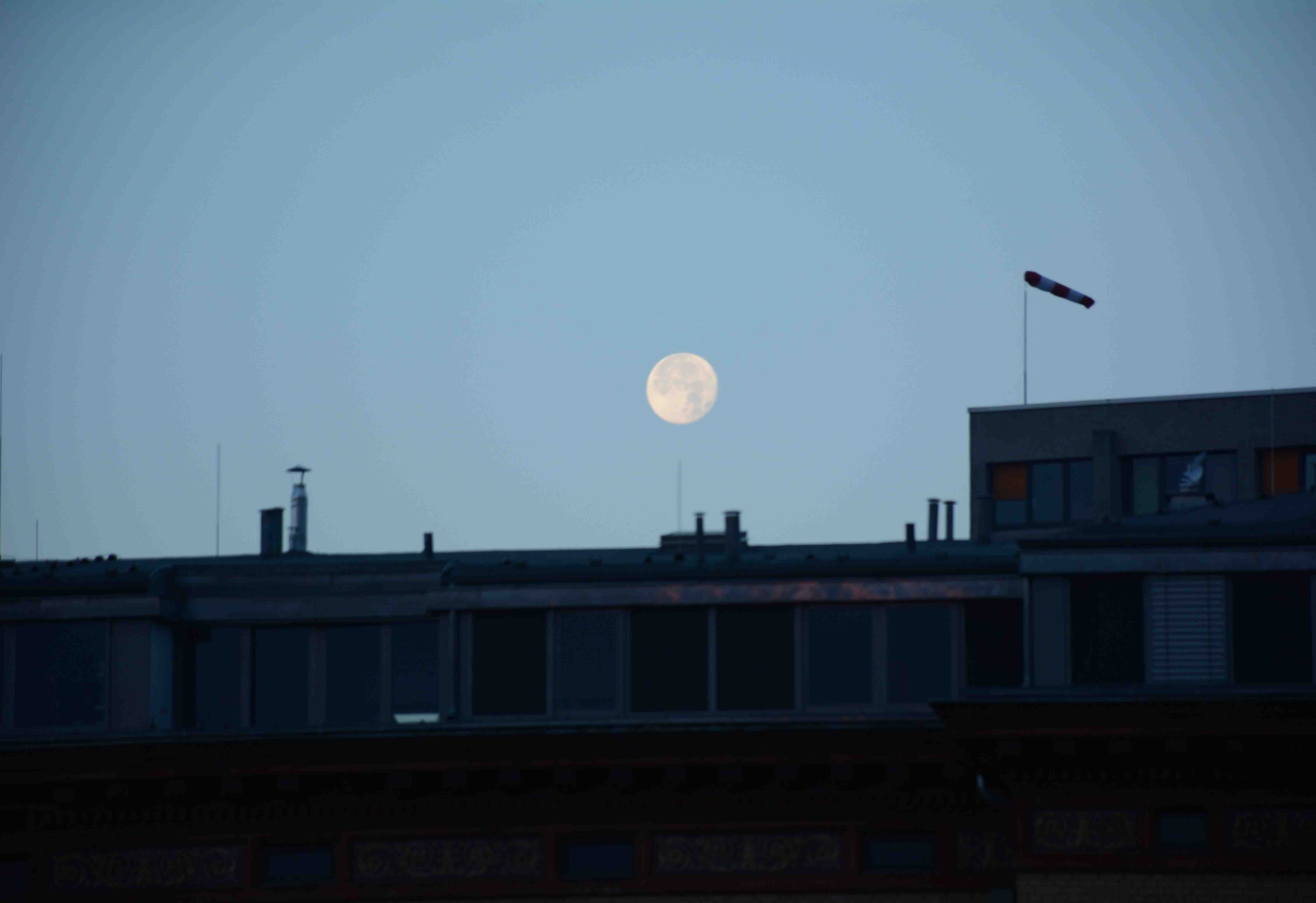 Saturday morning, one day on the wane

Sebastian is worried that I might have to go into marketing rehab. This week I sent over 200 emails to friends and acquaintances, alerting them to publication of my book. By 6.00 each evening, I had a head like an overripe melon—how I imagine an assembly line worker must feel at the end of the day (in my case each ‘part’ was customized, I promise!). Still, I couldn’t stop from writing just one more message.

I also made a momentous step: posting on Facebook. If you’ve been reading this blog, you know that I have been ridiculously, childishly resistant to this cluster bomb of social networking. After a fuss about joining, I voyeuristically read other people’s posts from behind my wall (if that’s proper FB speak) for six months, without so much as a like or a comment. So I pushed the button—twice, no less, once for the book, once for the blog—the way one might touch a snake. But ‘tis done.

And the rewards for the above have been substantial. So many people have answered, bought the book, given words of support and helped spread the word. I am very, very grateful.

The biggest surprise, however, has been the reaction to this blog. As I think I've mentioned, I only started writing it because Sebastian told me it would be a good idea. I honestly didn’t think anyone would be interested. Several alert readers have pointed out typos and I undoubtedly took less care because I didn’t think there’d be anyone to notice (rather like that tree falling in the woods).

The only negative criticism—so far—is about my photo on the poster page. Several people have said I look old and awful. My friend Nathaële, who is responsible for the wonderful cover photo and had nothing to do with this one, went so far as to say I looked as if I’d been on some wild binge the night before. I have never liked it but others in my close circle who shall remain nameless did and how’s one to know what other people see? We never really get a good look at ourselves.

Anyway, we worked this weekend on changing it, though photography is not one of David’s many strengths and I am a terrible subject. So far I am only able to look natural when posing with Elsa. 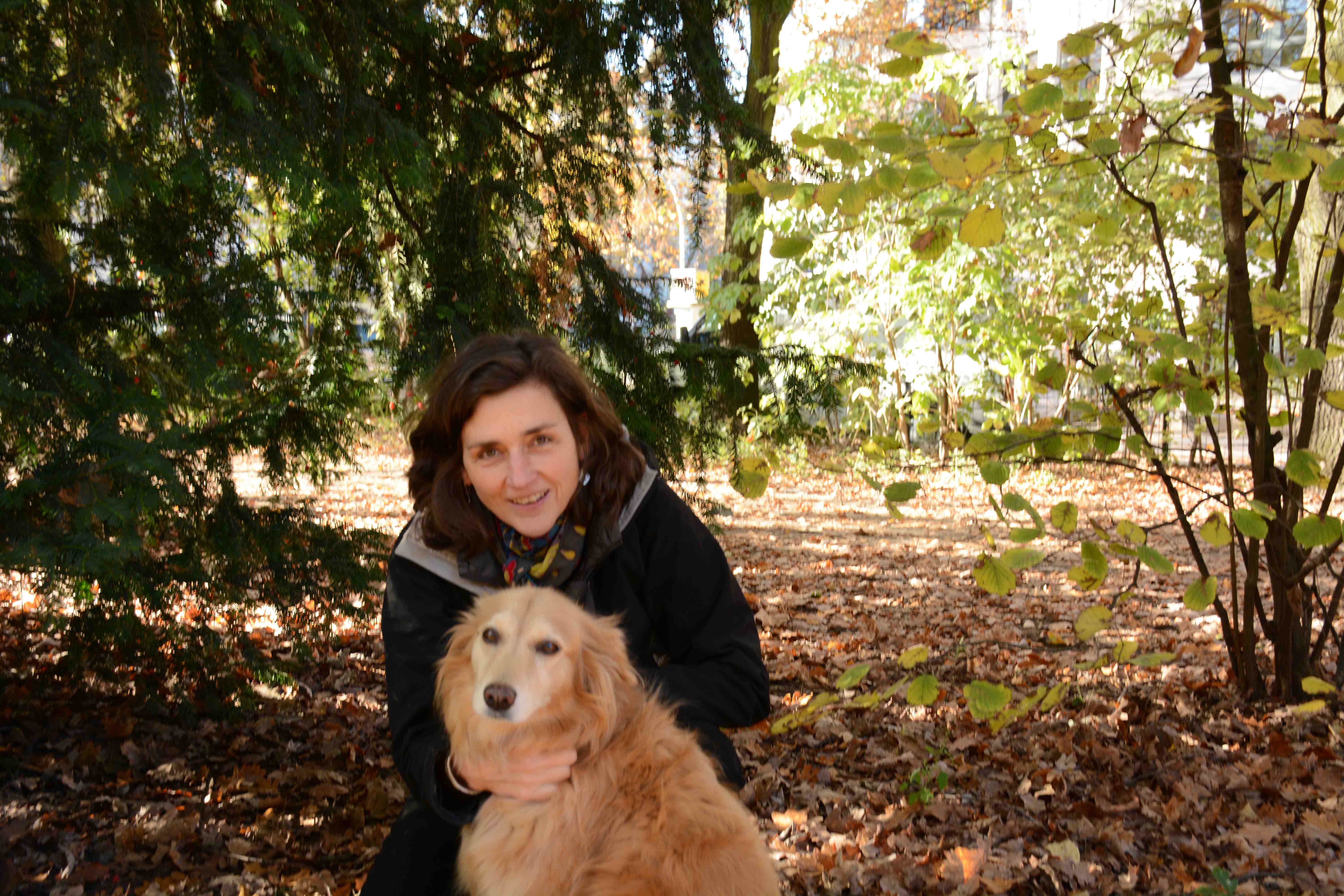 The real news this week, of course, is the 25th anniversary of the Berlin wall coming down. We hadn't planned it this way but what luck to be here. The 7000 white balloons that are parked along the jagged laceration that divided the city are heartening and moving. Too bad the one million expected visitors were greeted with a multi-day train driver strike worthy of the French. Though here, the land of dialogue and compromise, it ended in the evening. 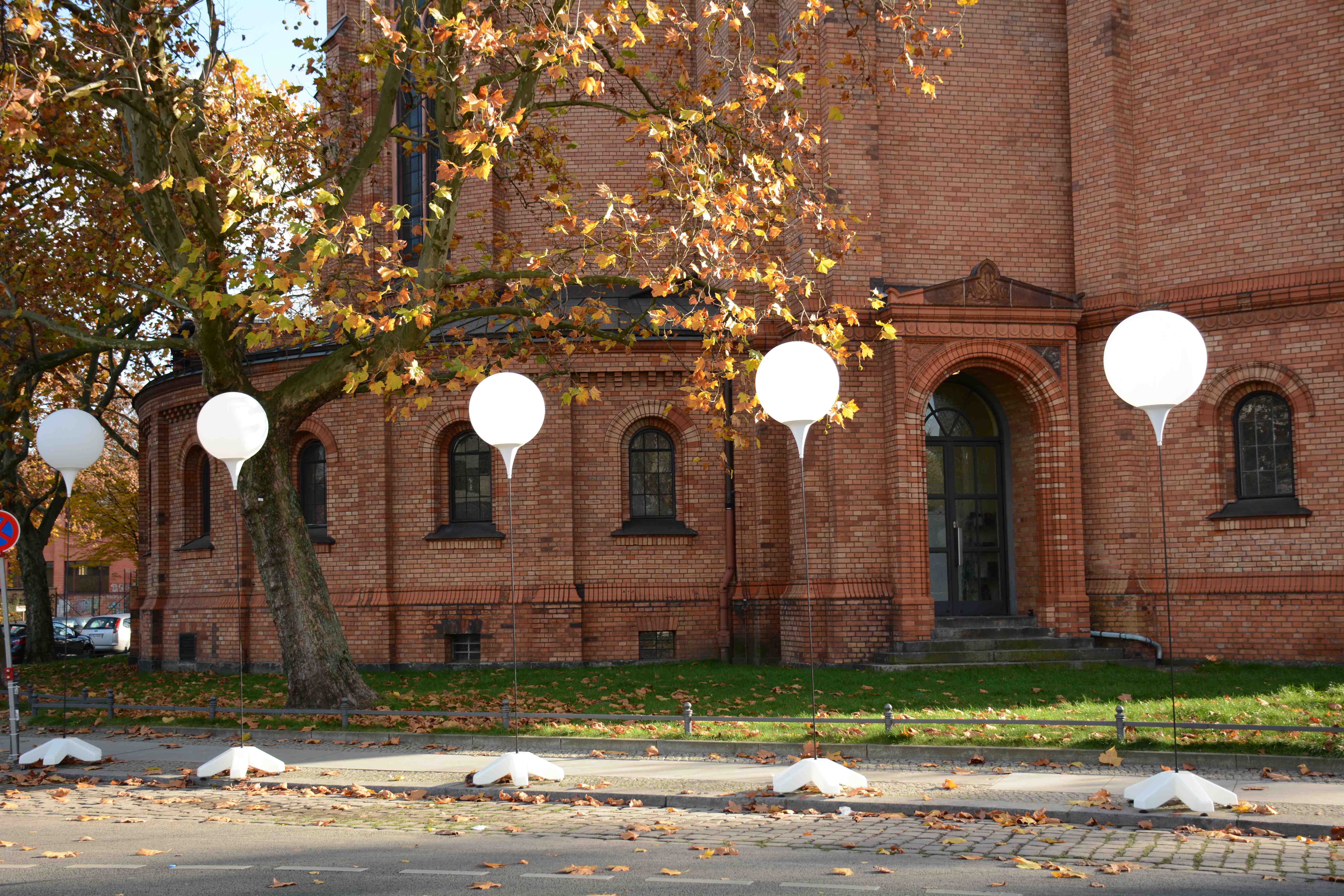 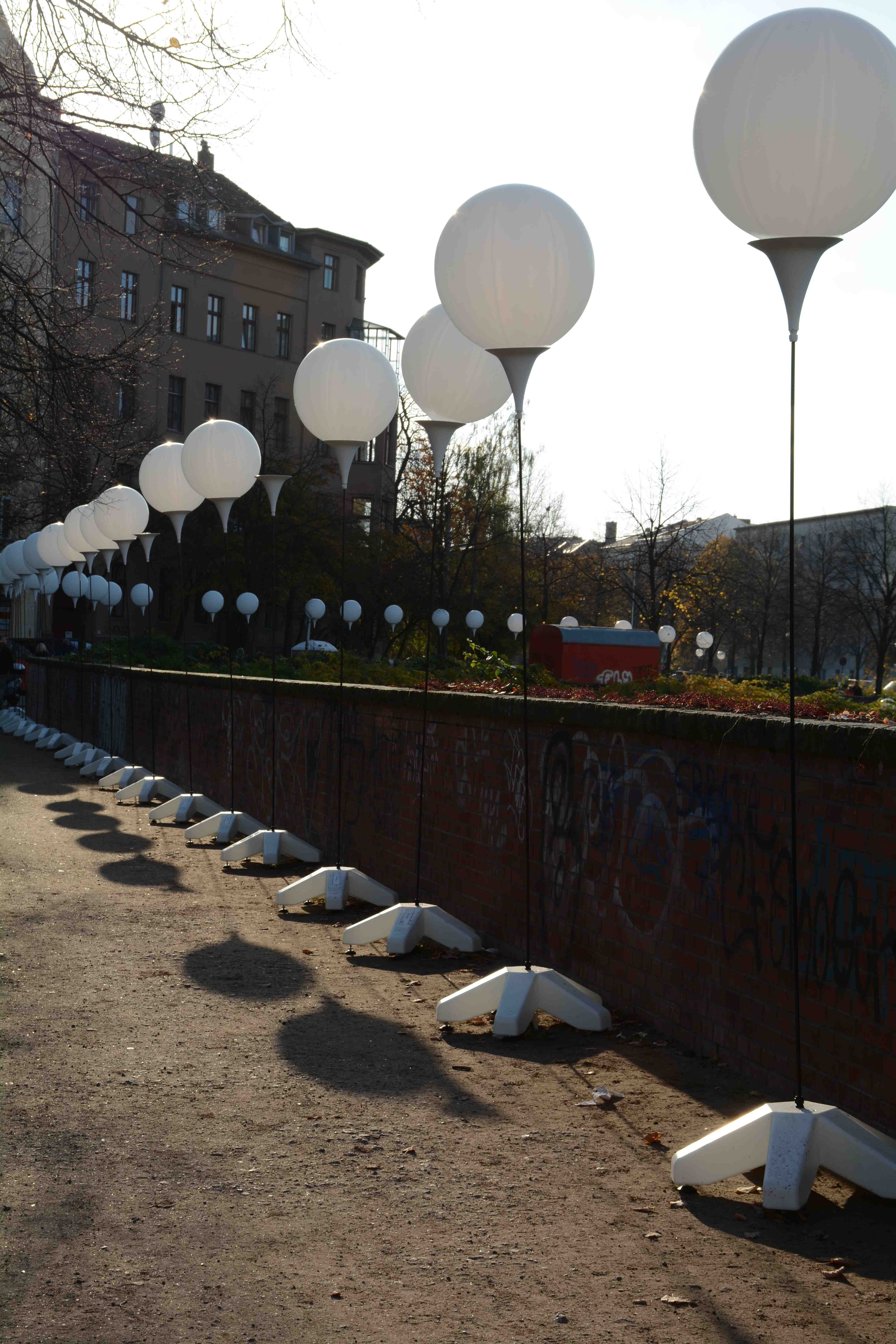 So my book is Up and we celebrate the Wall coming Down.