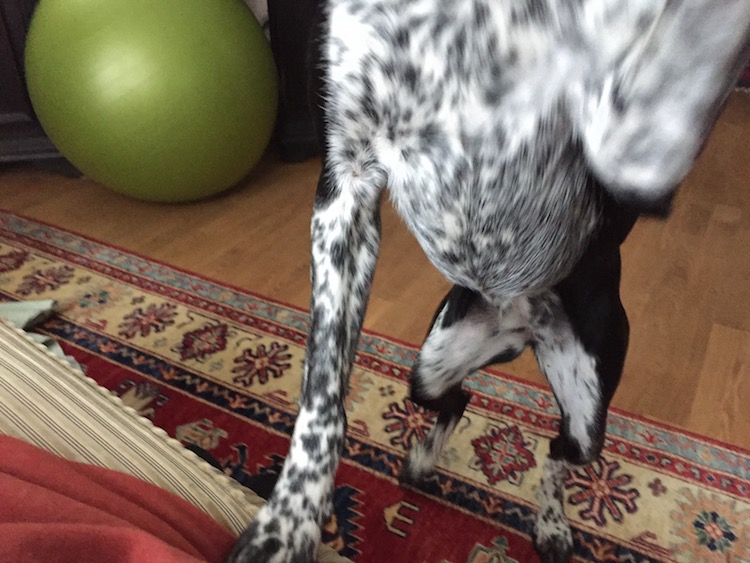 We've just passed the six-month mark since Tasha arrived in our life so I have been thinking about how far we have come.

Sometimes—such as that anniversary Monday when she barked at an old woman with a cane or on Wednesday when we had a very unpleasant encounter with another dog or, more precisely, with the dog owner—improvement is hard to discern and despair laps up around my head.

But then I think of the quivering wreck that wouldn’t even get out of the car that dark evening in January who now jumps happily into the back of our Golf. The dog that wouldn’t let me get near her with a towel who now buries her head in it, loving every rub. The dog to whom David and I together could not administer eye drops but who this week allowed me to remove a tick unaided. There are many signs that she is generally relaxing. 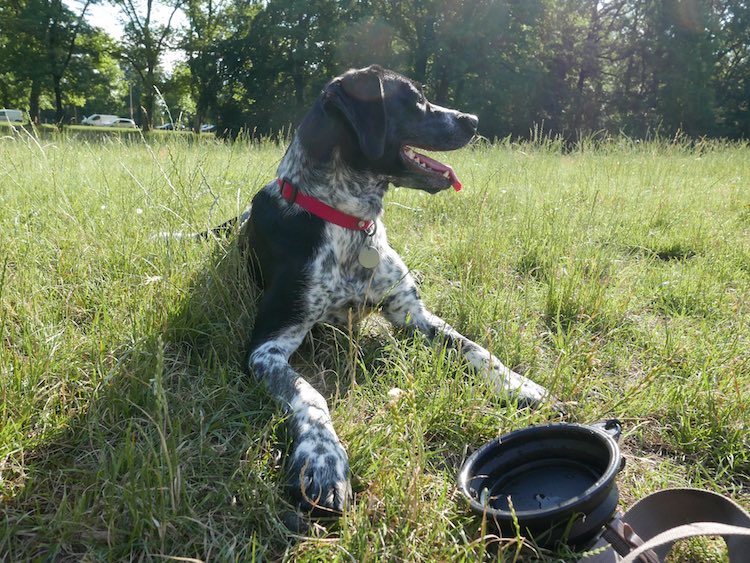 Much credit goes to our coach Anna. 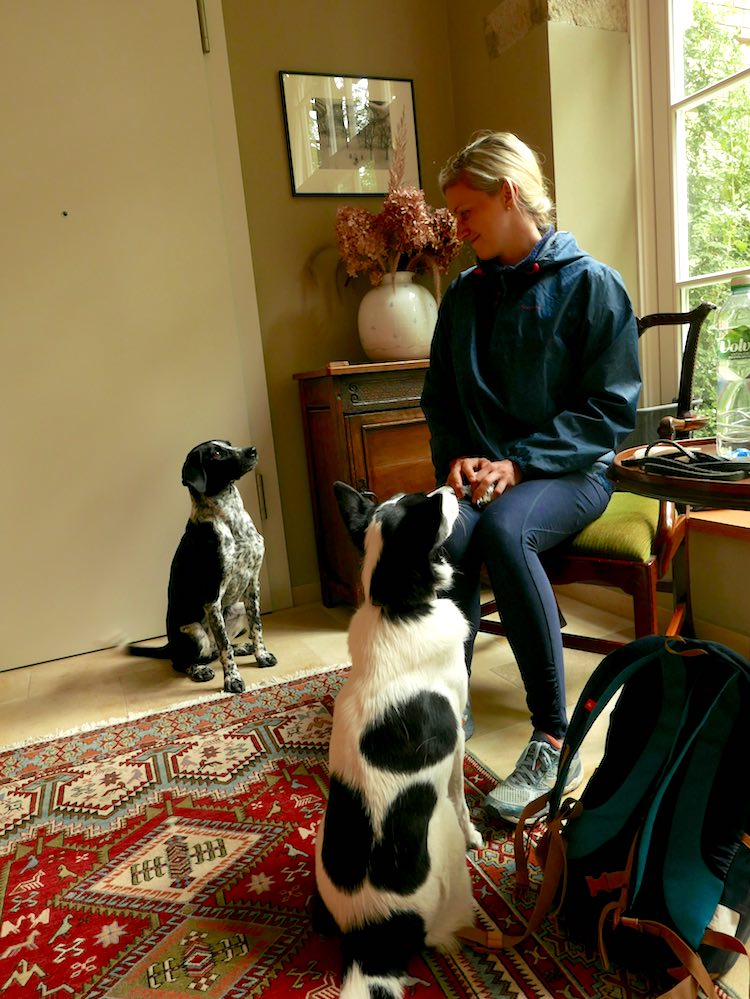 Anna, whom I have written about before, is a gift from heaven. When I had to rush to my mother’s bedside six weeks ago, she stepped in and took Tasha, despite already having her own dog and a young son and a job and her first year of exams at vet school just weeks away. Afterwards she reported everything had gone just swimmingly; Tasha had fit right in to their daily life. 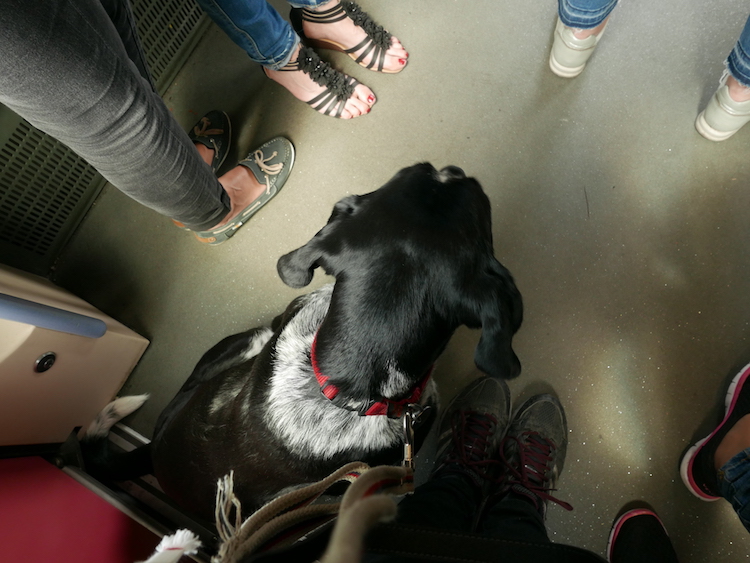 "Tasha needs as many new experiences as possible," says Anna. So, as she did while at Anna's, we take public transport. We go up and down escalators and in and out of elevators. We work on Tasha's fear of water, which I believe was triggered by a flying leap she took into the Seine last winter in pursuit of a duck. 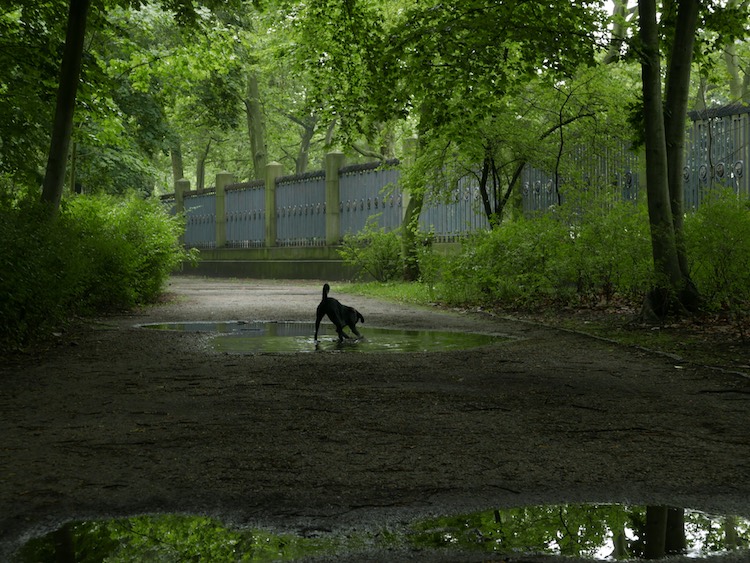 Anna has an answer to every problem. One of Tasha's less endearing habits is rolling in dead animals she finds in the bushes. Needless to say she subsequently stinks. Even trying to hose her off is a nightmare; how, I wondered, could I ever get her shampooed.

“The homework for this week,” she said to me last Friday, “is feeding Tasha every day in the bathtub. That way she will associate it with good things.”

After the first three attempts, Tasha ate the food so quickly she threw it all up afterwards. Now she holds down the food but as you can see from her crouched posture and lowered tail, she’s not yet loving it. 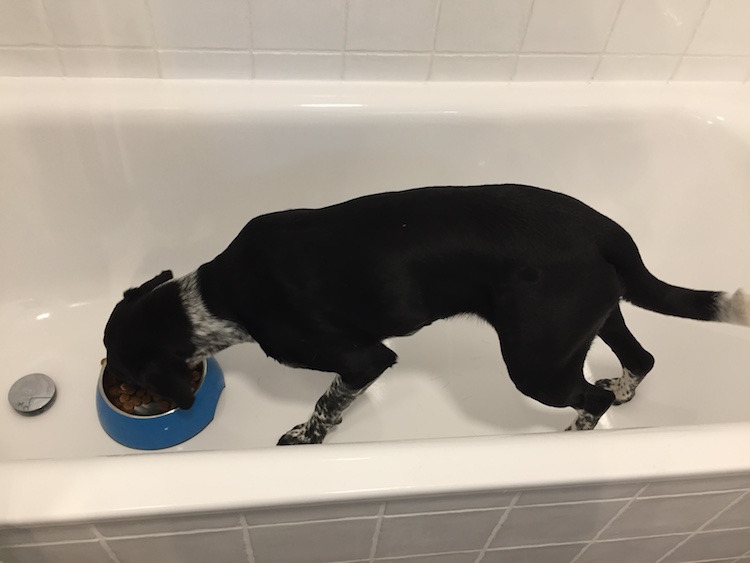 But she'll get there. Because I've also been thinking that Tasha herself deserves a fair amount of credit. She's bright and willing—in many situations (!) she'll heel and come and stop on command and is therefore much more obedient than either of her predecessors Lily and Elsa. She's playful and very loving, nestling into the humans she trusts at every opportunity. She just needs to overcome her inner Angst, her insecurities in the big, bad world. Not unlike, I've recently been thinking, Peter Parker and his alter ego Spider Man. She may be chasing squirrels rather than villains but how many dogs that you know can do this: 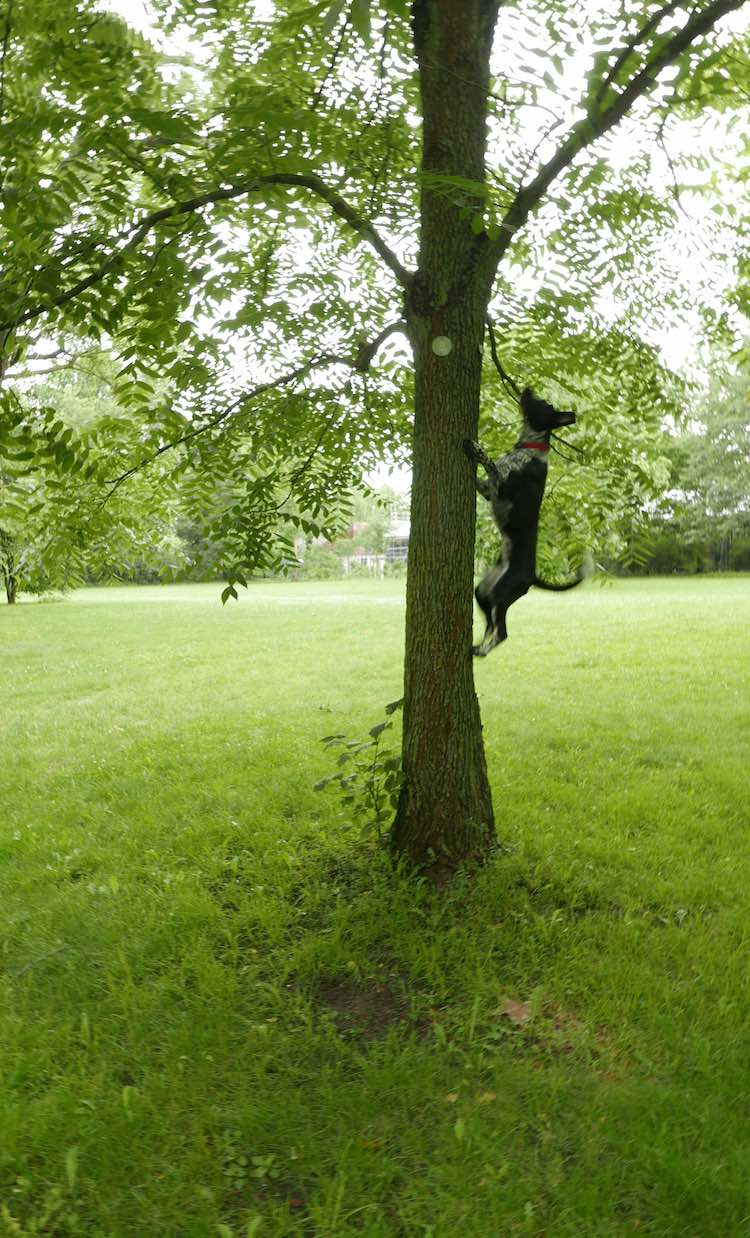 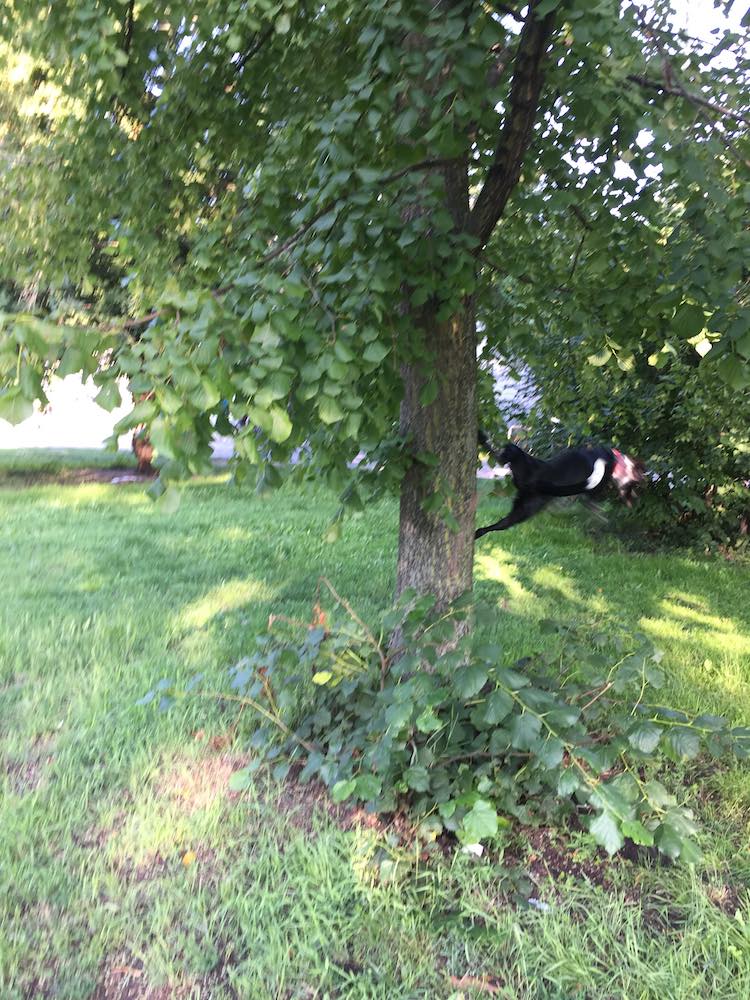 What I really think of Tasha at this six month point is that we have a super hero in the making.