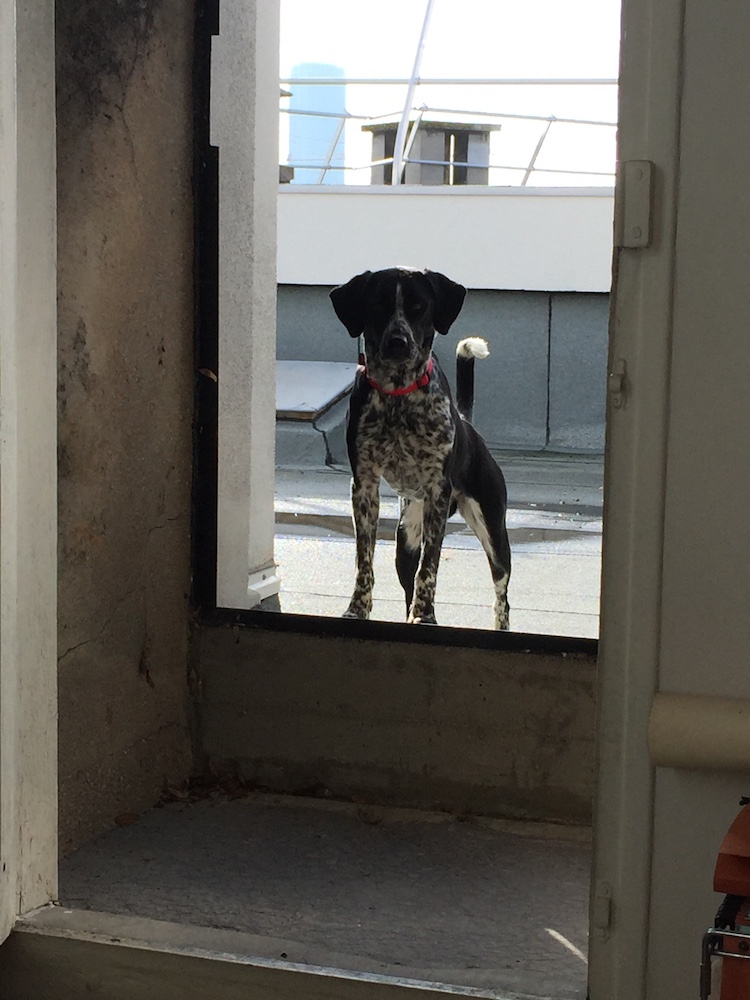 Unfashionable though the truth may be these days, I am going to be honest with you: Tasha is not an easy dog. Astute readers of this blog may already have picked up on this but it has been hard for me to admit. I would like my rash decision to act on a series of 'signs' and get the dog in the first place to be proven correct. I would like the story of the rescued hound to read like a fairy tale, complete with the happily-ever-after ending.

I think of our other dogs. Lily the black Lab was stubborn as a mule. If she wanted to go one way and I another, she would simply lie down on the pavement and refuse to move. When food or even the possibility of it was involved, she was deaf to the sound of her name. But other than that she was an angel. Elsa, about whom I’ve written extensively here, took longer to earn her halo. She was wildly disobedient for a very long time and gave us lots of scary moments, such as scampering after a deer and disappearing into the forest for several hours or swimming across the Eure River in the middle of winter and not daring to swim back.

But both dogs were at ease in the outside world. They did not bark at strangers. They let joggers jog. They did not become hysterical at the sight of another dog across the street or attack some others—for no apparent reason and without warning—in the park. With Tasha every walk—and she needs lots of them, being a young energetic hunting dog—looms as a potential confrontation. Particularly for someone who will do almost anything to avoid conflict, this is very stressful indeed. 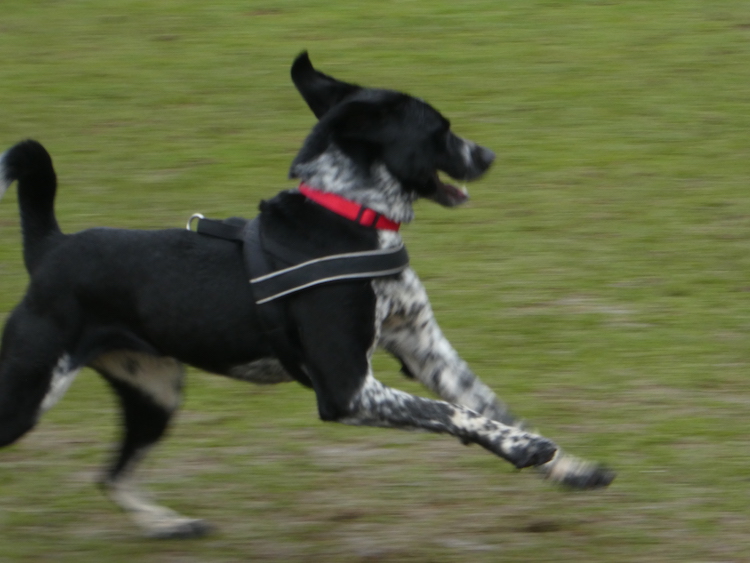 So I remind myself of the good sides to this challenge. In a world that often seems dominated by anger and strife, it has been uplifting to see the number of people who have taken an interest, who are cheering us on. There’s the woman at the photo shop, the wine merchant, my neighbours, my dog-walking friends. When I called about something the other day, the vet got on the phone himself just to ask how she was doing. There’s Madame P, who writes regularly to ask for news, to give advice and encouragement. She cared for both Lily and Elsa when we were away... 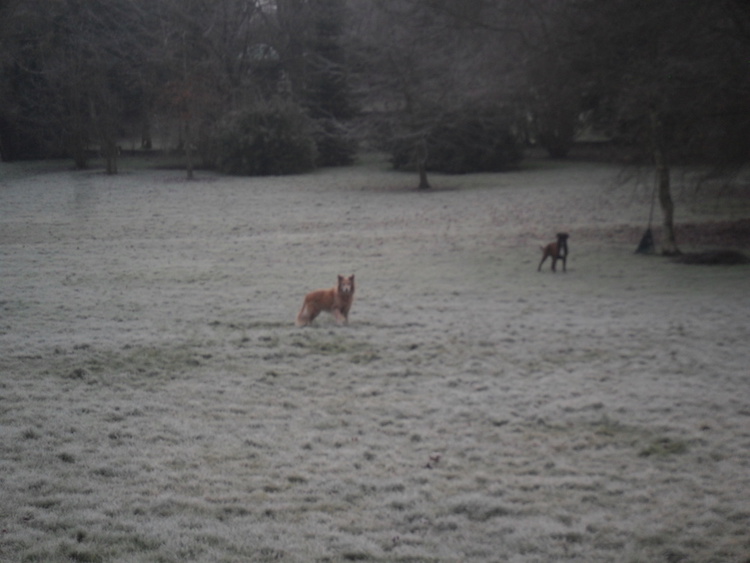 Elsa at her four-star hotel

...and has already taken Tasha for a week. Handing her back, she said: Elle est craquante (adorable, irresistible even)…then with a chuckle: But she’s going to put you through the wringer. 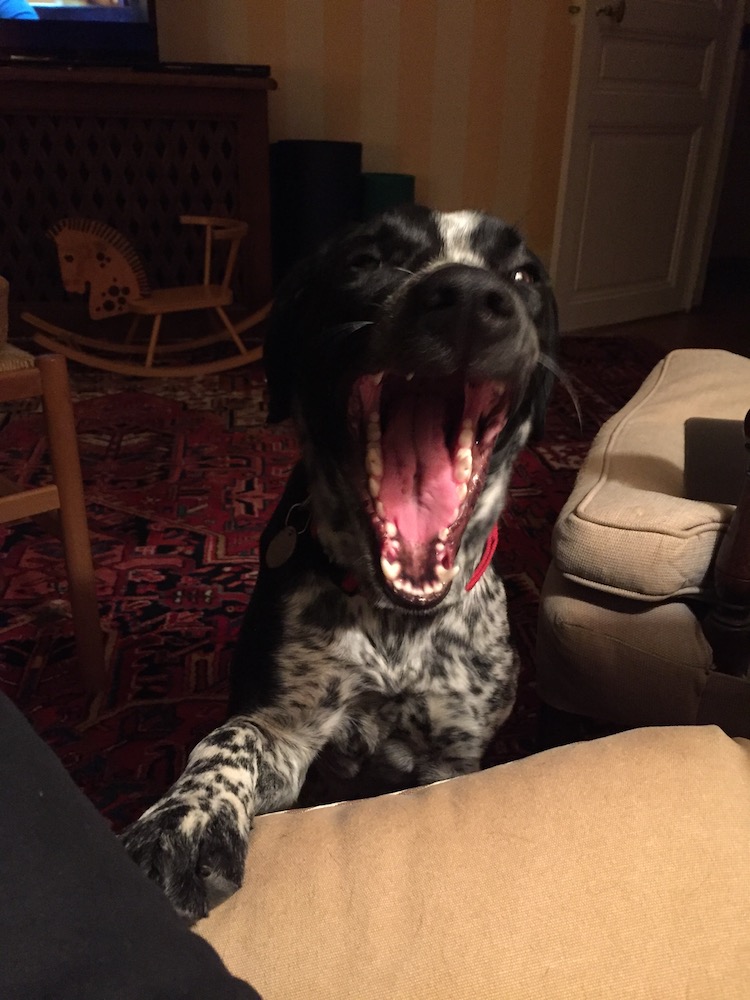 I also try to look at this challenge as good for my personal development. The struggle to be a better, broader person never ends and having Tasha keeps me striving. For example: being rather high-strung, I am forced to be relaxed (and not just pretend—dogs sense these things) as I try to calm her. Though patience is definitely not one of my virtues, I know I’ll get nowhere with her unless I muster a good dose of it. By nature a loner—certainly not someone who would join a large group of people, much less one with a pack of dogs—here I am five days a week with Koffi and friends. It has unquestionably been beneficial to Tasha and I've learned a lot too. 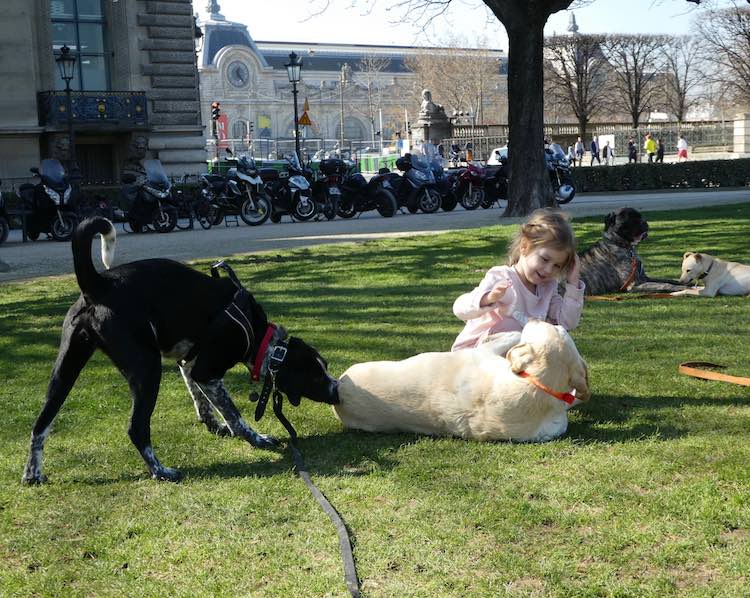 There has been progress. Being bright and by nature much more obedient than her predecessors, she listens and responds to the tips Koffi has given me. And I continue to believe that her bad behaviour is due to fear and past traumas rather than inherent nastiness. 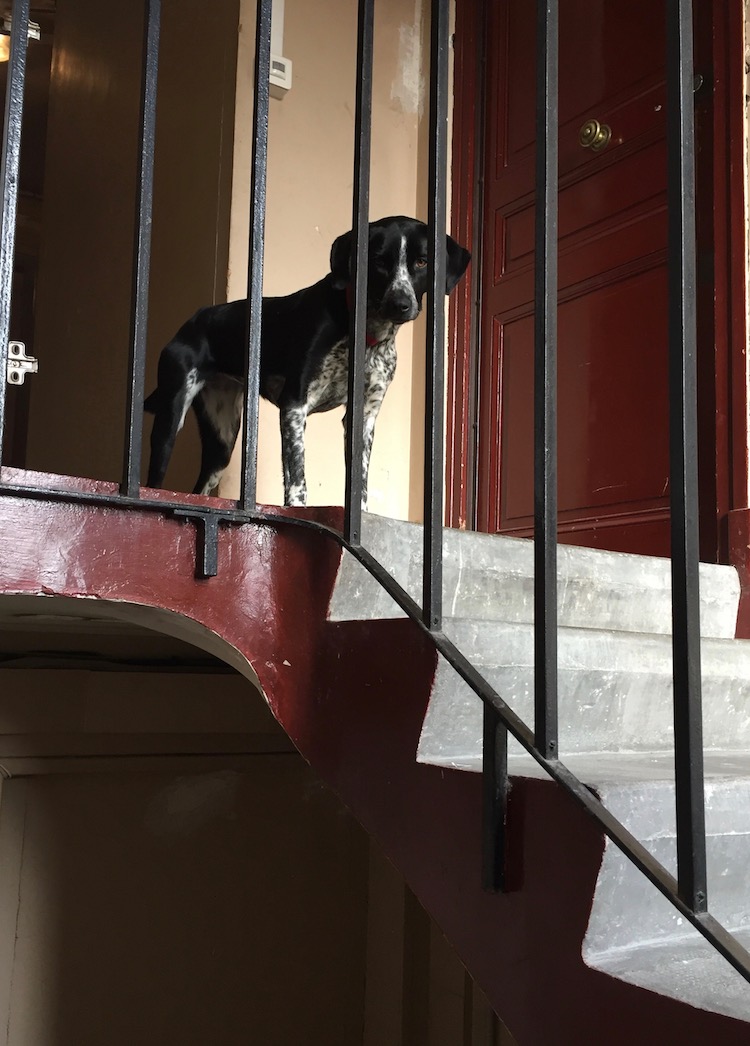 Because at the house she is, as Madame P says, craquante: playful, affectionate, even funny. 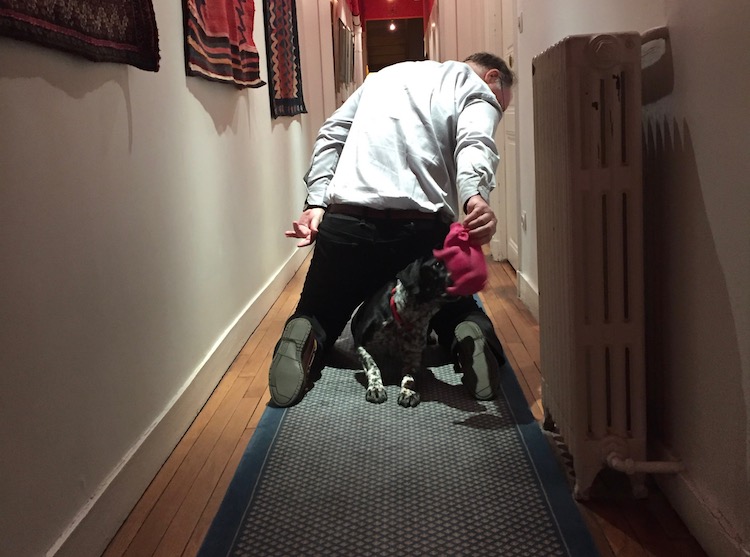 The story of course is not over and fairy tales would be of no interest if the characters weren't put to some test, if there were no tension in the plot. So I remain hopeful that Tasha's indoor self will one day triumph in her outside world, that there will be a happily-ever-after. But we're not there yet.