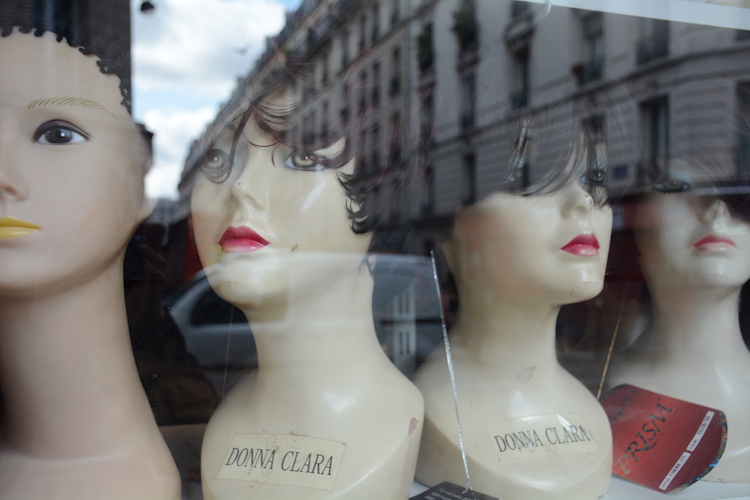 The other day I took an unusual and instructive walk. It's actually a walk I have been thinking about taking since I revisited the Basilique de Saint Denis in 2015 because it relates to a novel that I was then revising and that will now be published in 10 days, on the 22 October. 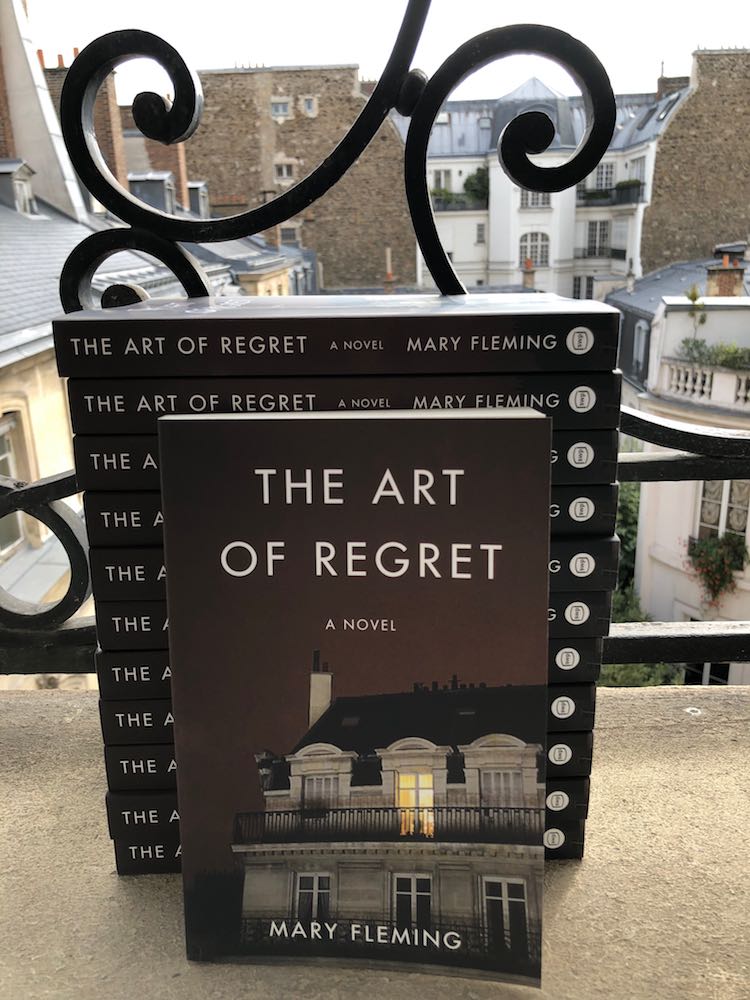 For a writer of fiction, Paris geography is a gold mine. Streets with sonorous names and long, deep histories provide context and symbolism and atmosphere. Once I plunge into my two-volume Dictionnaire historique des rues de Paris, it can be difficult to climb back out. 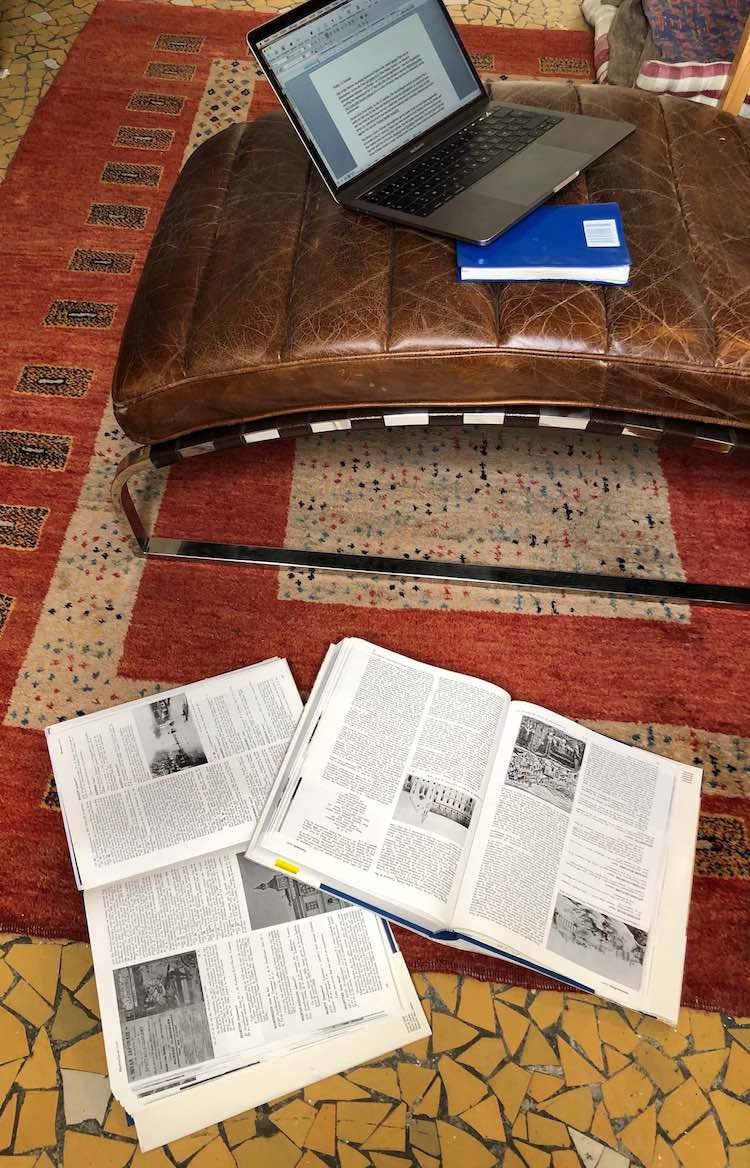 In The Art of Regret the protagonist and narrator Trevor McFarquhar lives and works on the rue des Martyrs, "a narrow market street," as he describes it, "which begins its climb at the northern edge of the banking and insurance district and ends in the skein of streets that wraps around the Sacré Coeur” church in Montmartre. The novel mirrors the street's geography: Trevor was born and raised in a bourgeois world but due to a past burdened by unresolved personal tragedies, he contrarily rejects all that his family represents. He is on an uphill climb to the martyrdom of failure, until events occur to set him on the road to redemption; in the end he finds his heart.

The story behind the rue des Martyrs is what led me on the walk. Originally a Greco-Roman thoroughfare, it got its name from a 3rd century legend based on the scantest of facts and an abundance of imagination. Denis, perhaps a disciple of Paul, had been sent to Paris by Rome to convert the infidels of Lutetia, as Paris was then known, to Christianity. He was doing a pretty good job and the pagan authorities, feeling threatened, decided that Denis, along with his two pals, Rustique and Eleuthère, should be executed. They were led north along what would have been the beginning of the rue des Martyrs and beheaded near its end, halfway up the hill of Montmartre, at the time probably a holy place for the Druids. 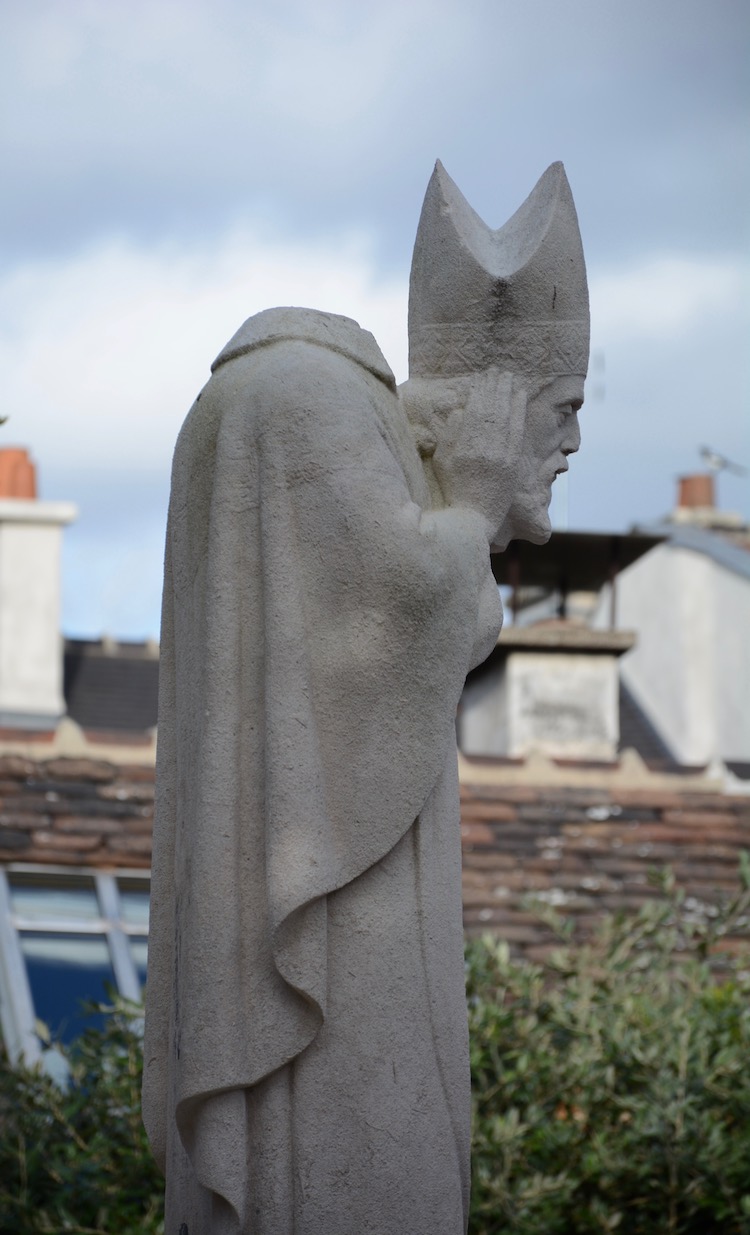 According to the story, the three mates picked up and washed off their noggins. Heads in hand, they then continued walking and preaching for several kilometres, until they encountered a pious widow, at which point they dropped dead at her feet. Catulla buried them on the spot. A couple hundred years later Saint Genevieve, named patron saint of Paris because she kept out the invading Huns through prayer, built an oratory there that in turn became the foundations for an abbey and the Basilique de Saint Denis, church of the kings of France, the place I visited in 2015.

Since then I’ve wanted to walk the route of St Denis and his friends, to witness their detached gaze today. I started at the bottom of the rue des Martyrs, where our friends would still have been alive and intact.

What a difference, even from 1995, when the first part of the novel takes place. The street was then lined with dowdy shops, one of them, a bike shop called Mélo-Vélo, belonging to Trevor. In those days cycling was an extremely uncool activity relegated to the working class and diehard hippies. The shop, like Trevor, was failing. Now every millennial owns or rents a bike. 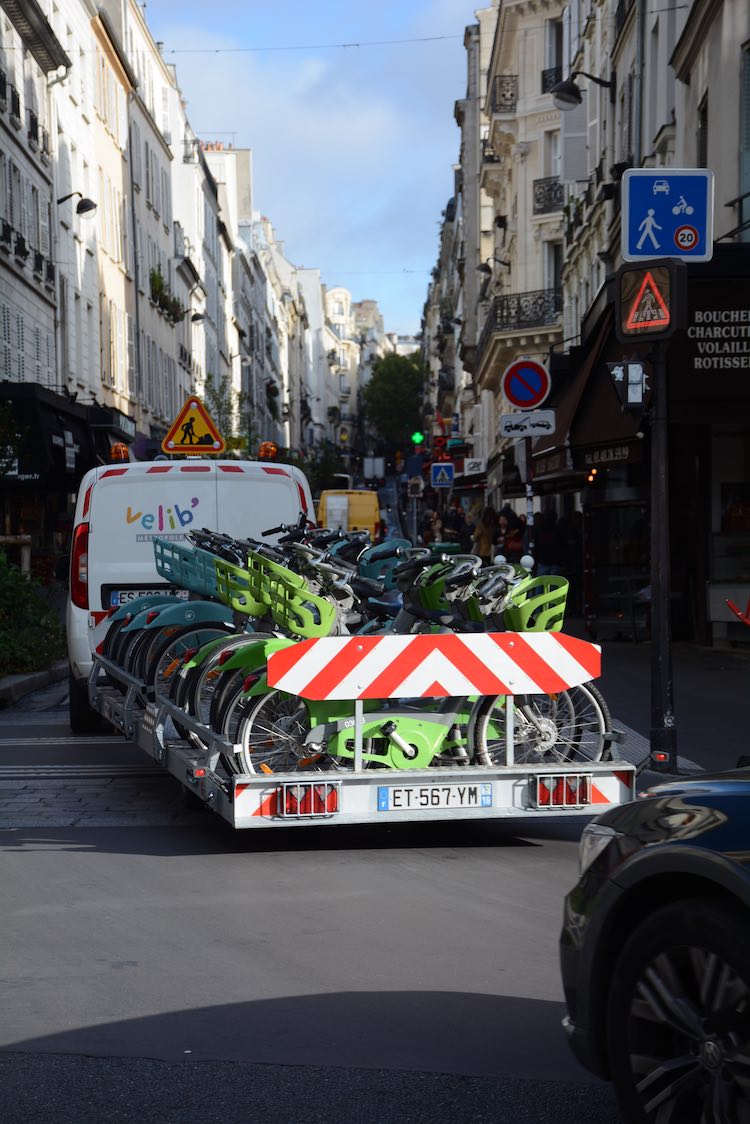 While still very much a shopping street, the area has been completely bo-bo-isé (gentrified). Storefronts glimmer with high-end products. 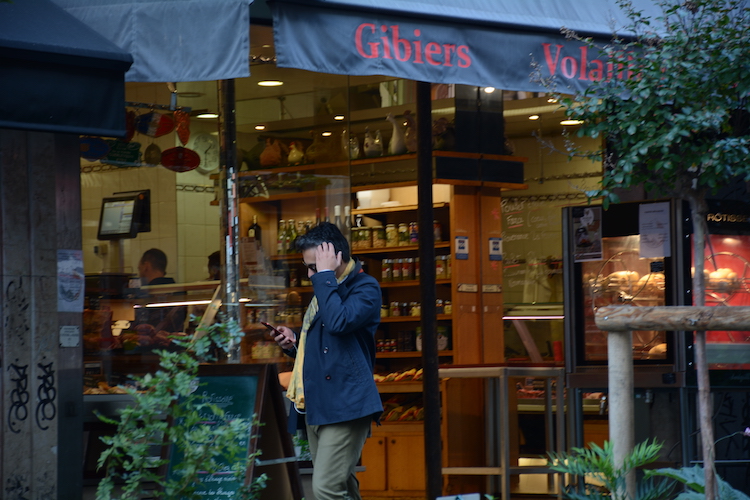 Cafés are no longer the tawdry type of Trevor’s Rendez-Vous des Martyrs, stinking of frites oil and nicotine. 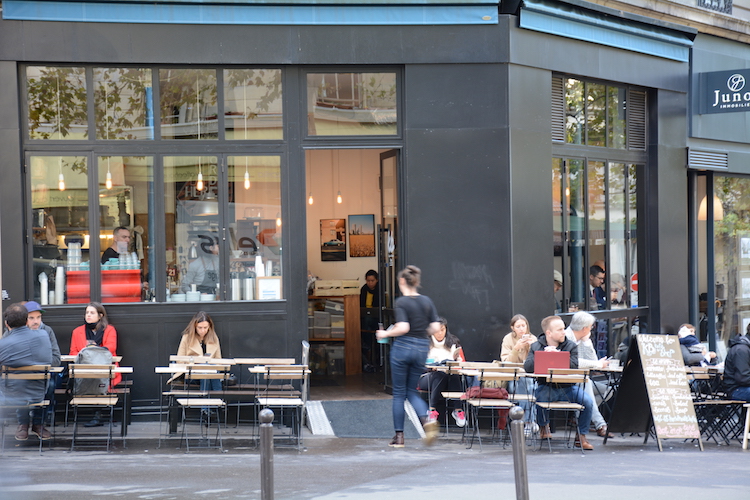 North of the boulevard de Rochechouart, Montmartre has retained its Bohemian chic but from the looks of the children leaving the school under which the crypt marking the spot of Denis' execution lies, it has also become a very multicultural place. 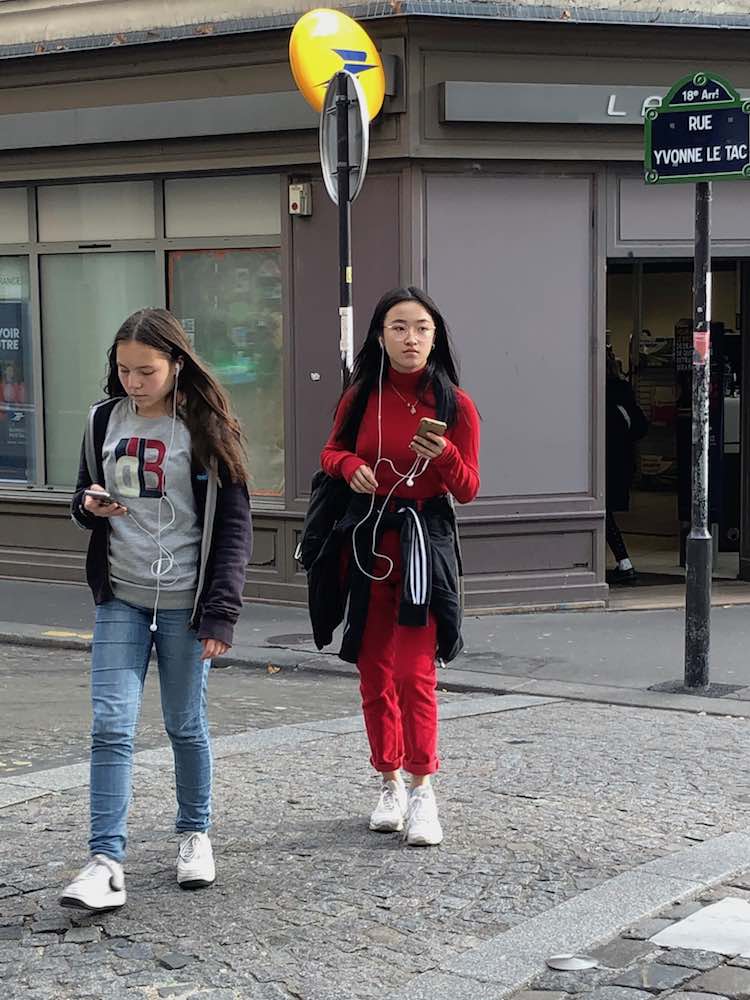 From there I decided to follow the route Denis et Cie would likely have taken: 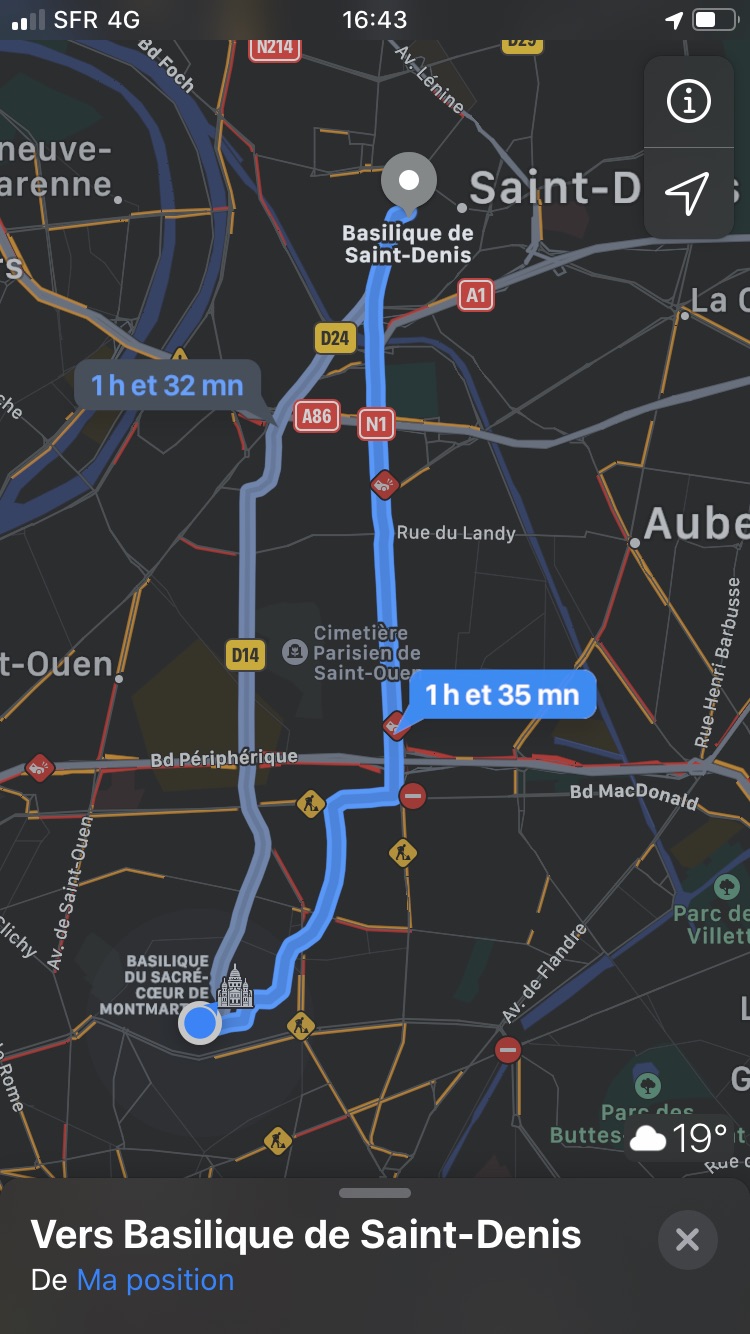 I surmised this not because Google Maps told me so but because like the rue des Martyrs, the streets along the way have been around for so long. The rue des Poissonniers, for example, was the route along which fish arrived from the North Sea for hundreds of years. Today it's still a bustling market street, though it caters to a broader population. 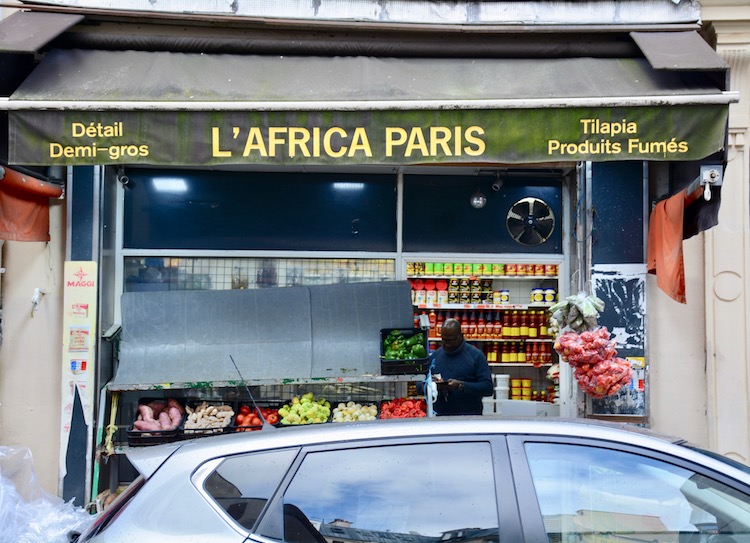 Near its end, however, all charm evaporates. Swathes of land were cleared, first for the railroads, now for office space and apartment blocks. 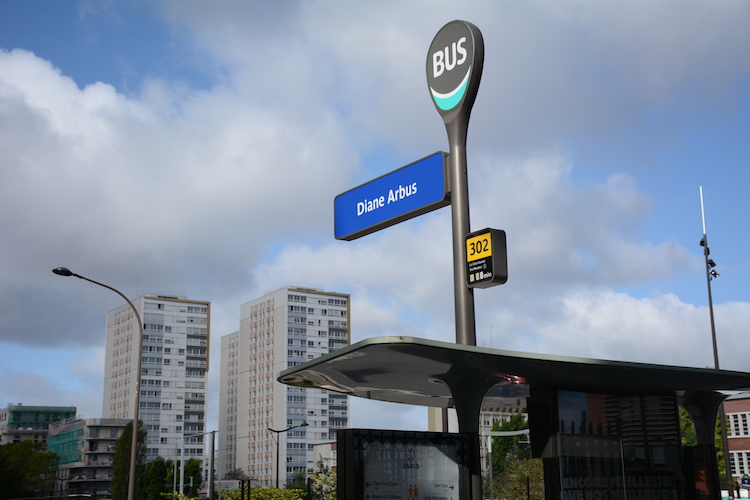 At the porte de la Chapelle a dizzying junction of roads leads to the avenue du Président Wilson that now runs alongside the A1 autoroute, originally also a Roman road. It's surely the route Denis would have followed, though I'm not sure which of us would have felt more stupefied, Denis in his headless state or me, overwhelmed by the noxious exhaust and the incessant din of traffic - even once I was on La Plaine, where the autoroute runs underground. 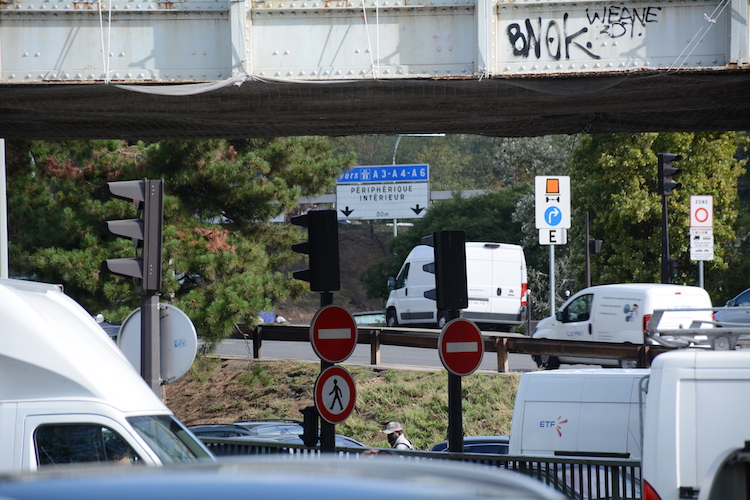 Today this Parisian suburb is a hodgepodge of architecture, from dilapidated late 19th-early 20th century buildings... 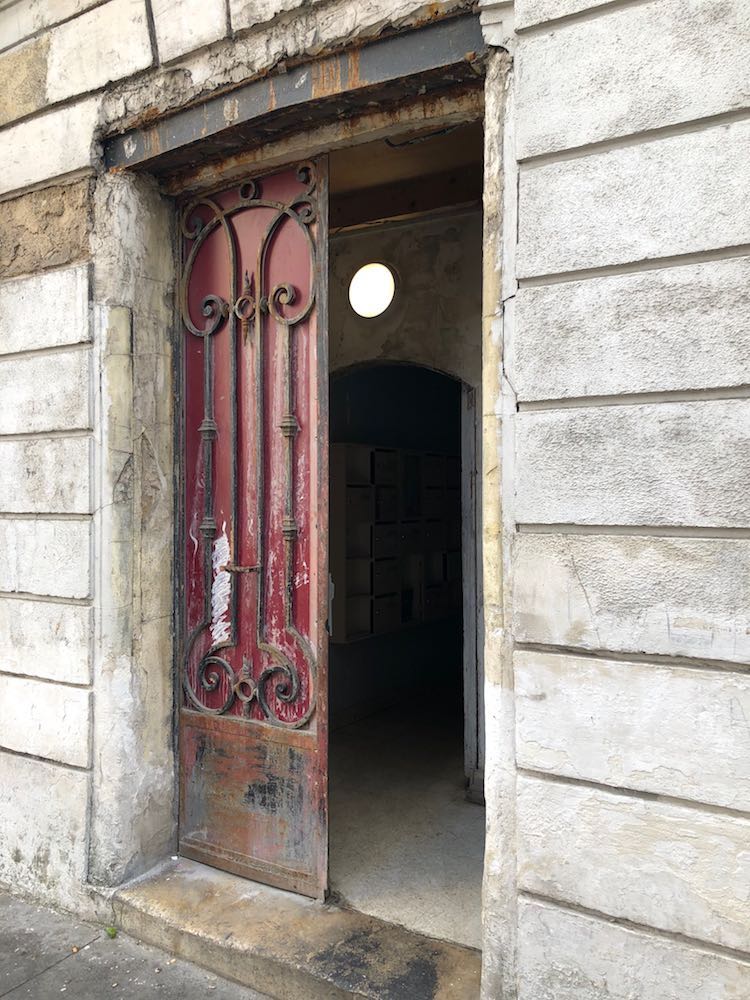 ...to massive modern complexes, such as the SNCF railway ‘campus’ or the electricity company Engie’s mind-numbing spread. There's new age office space, too, with young, hip people buzzing in and out...and tents for homeless migrants. 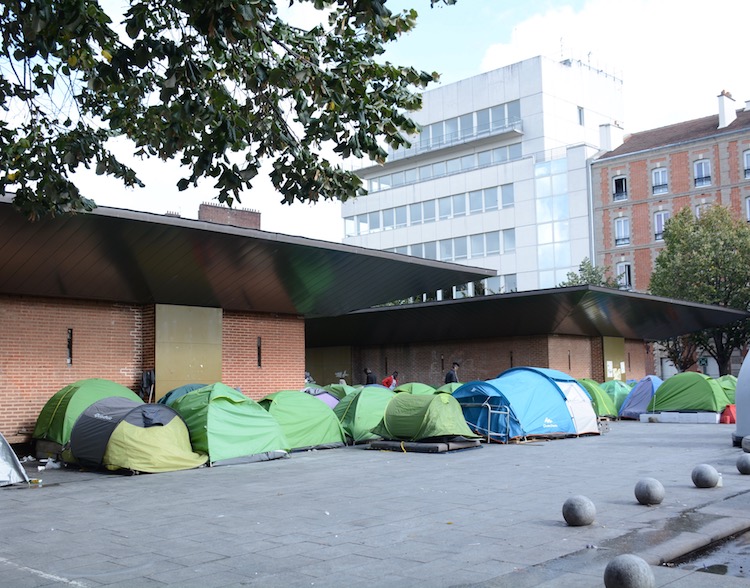 Along the way there are the many faces that make up France today... 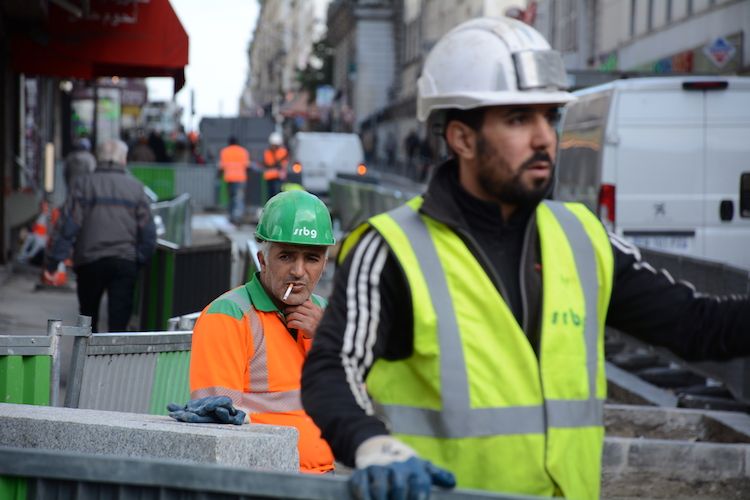 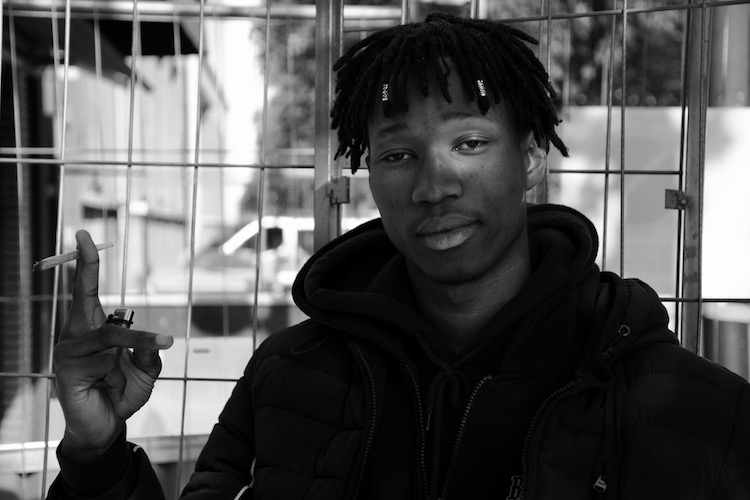 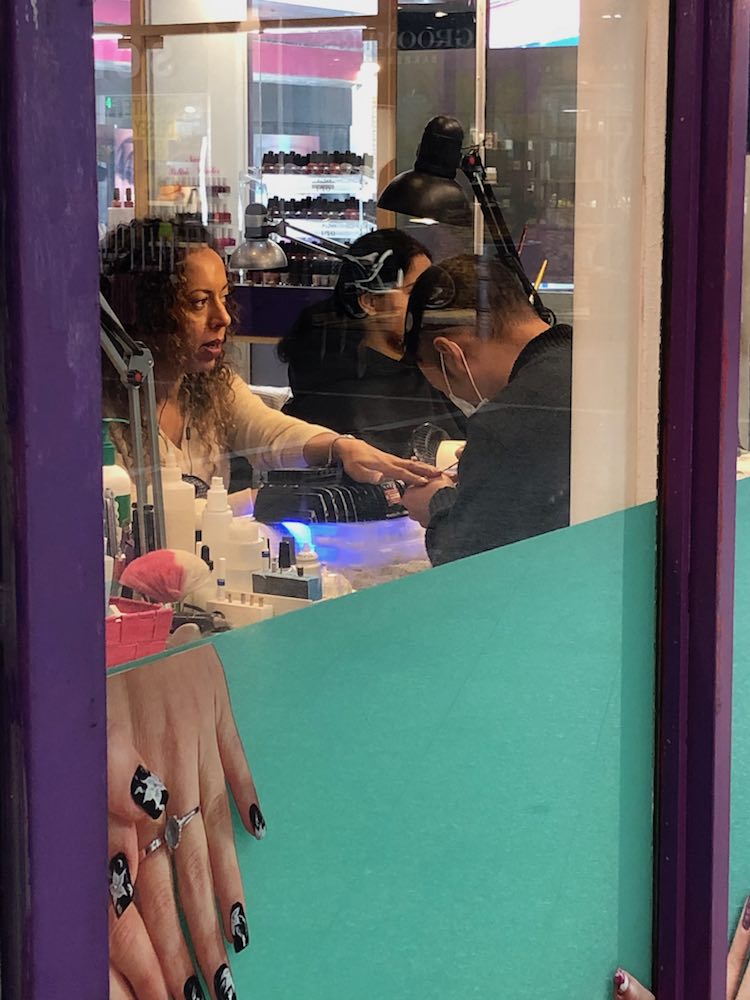 ...right up to the Basilique itself, where all these centuries after Denis dropped dead here, schoolchildren were happily experiencing this chapter of French history. 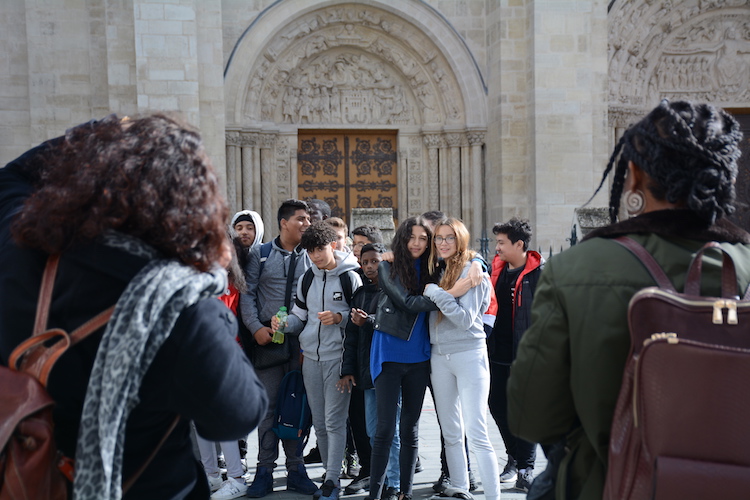 The walk gave me quite a perspective on how Paris is developing beyond its fairy-tale centre. It was almost enough to make me lose my head.