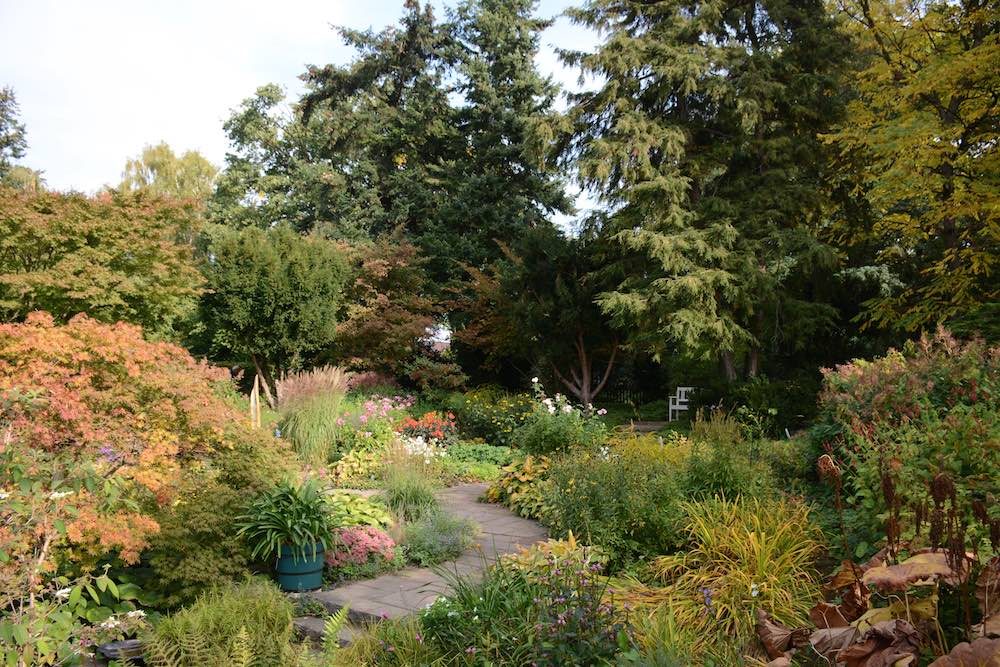 Last Sunday, our friend Christoph H. said: “Where else but Berlin can you be entertained for so little money?” The three of us were sitting at a table-clothed table with Kaffee und Kuchen, waiting for a free violin concert, after a free tour of the Karl-Foerster-Garten in Potsdam, where another friend Felix M., is the chief landscape architect.

Christoph’s remark was particularly apt this day after the 25th anniversary of German reunification. Capitalism may be elbowing its way into this once divided city, with new luxury hotels and apartment buildings sprouting on every horizon, but simple, inexpensive pleasures are still abundant. It’s not all about money.

From Potsdam, we drove north to Linum, a village on the old post road between Hamburg and Berlin and not too far from Rheinsberg. It has much the same old-world charm: a cobbled street, small houses surrounded by bucolic fields. 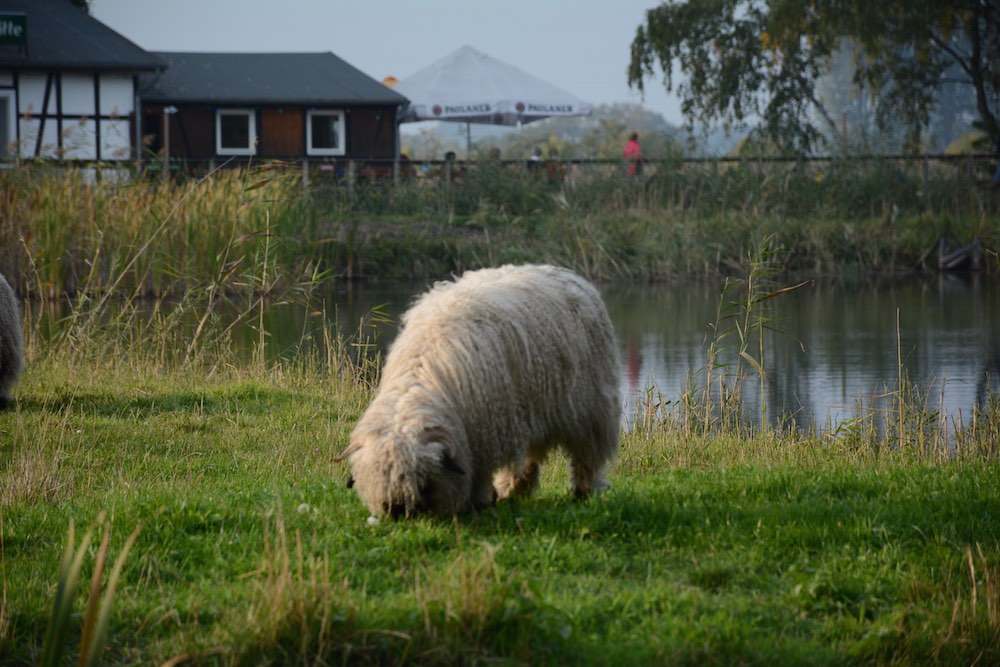 Christoph, who is Conservation Director for WWF Germany, had told us that this particular week in the year Linum is also the busiest stopping point for migrating cranes in Europe. As they make their way from Sweden to Spain, the multitudes can be seen in the sky just before sunset. 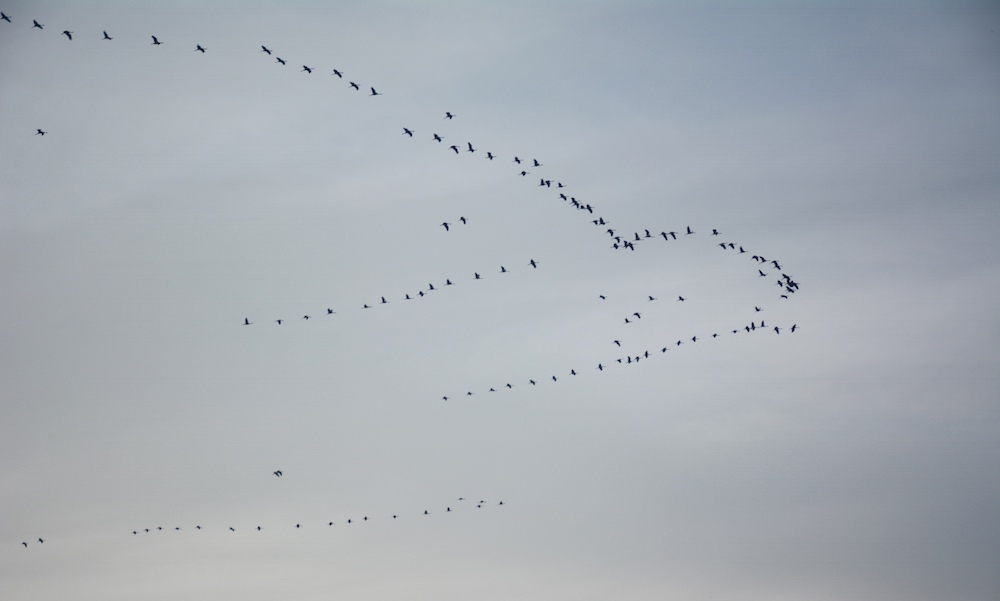 After parking at the outskirts of the village in a special lot for bird watchers, we walked through the fields to the ponds and marshes, where the birds spend the night. Locals were selling their jams and Würste and potatoes to tourists like us. At the Fischerei, we ate some delicious, freshly smoked fish and drank a beer, while the birds began to arrive. 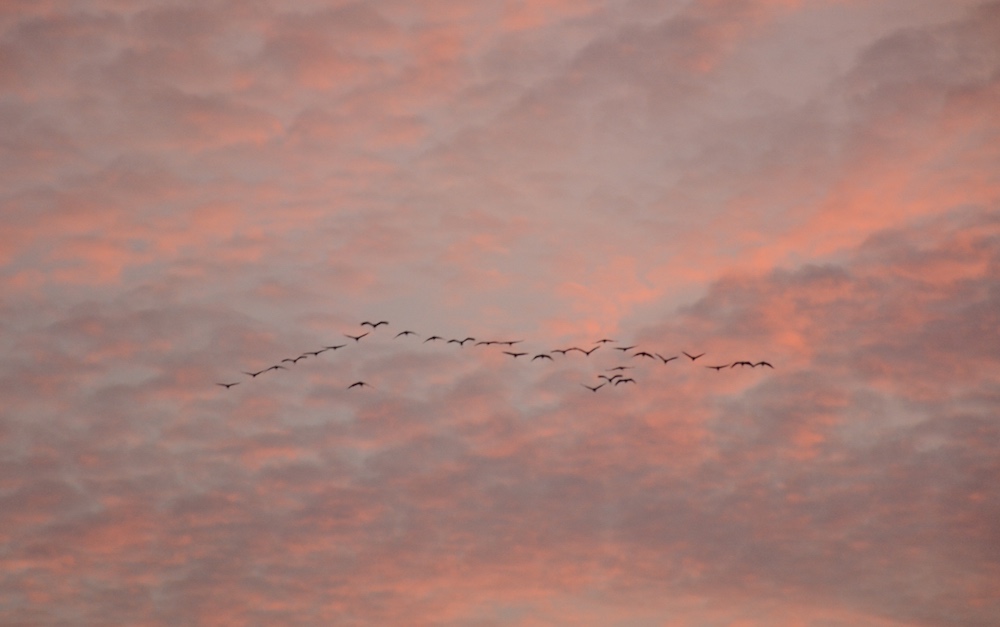 It’s quite a sight. They come in smaller and larger groups, some well before sunset, others with the last light. “That would be us,” I said to David, pointing at these late-comers. 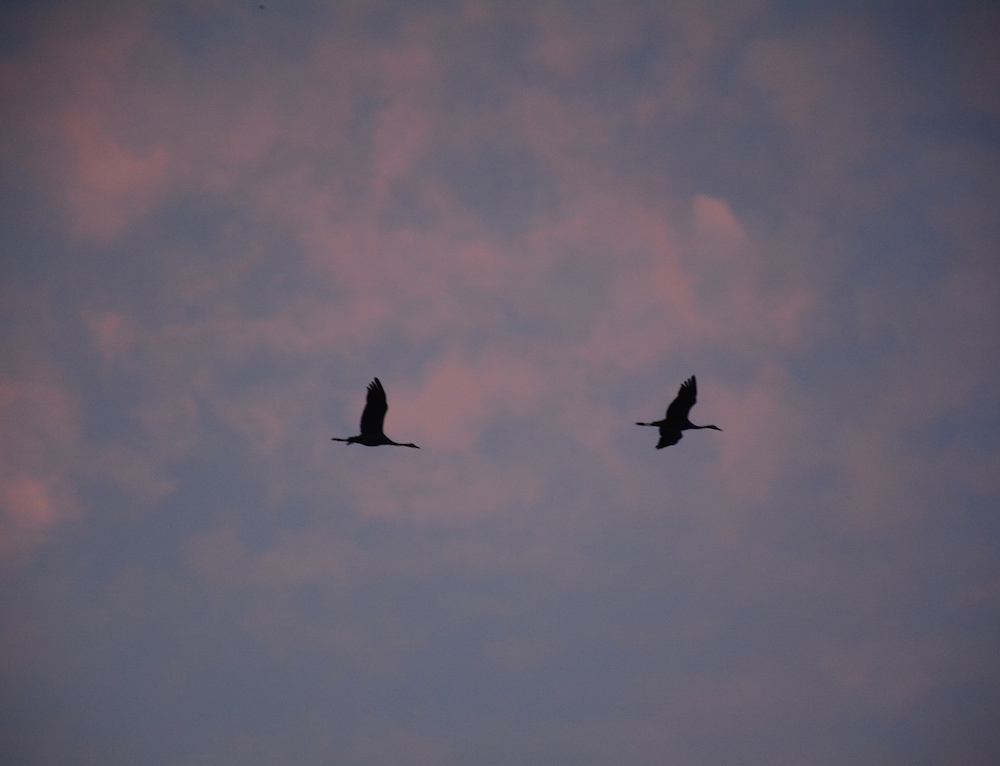 As you watch them swoop into the area, outnumbering the humans (the 750 inhabitants of Linum, plus the hundred or so tourists), you feel not quite an intruder but a guest in their world. It’s a poignant reminder that the earth belongs to many creatures besides our solipsistic selves.

But the best deal on entertainment this autumn—for canines and humans alike—is provided right here in our own garden by two red squirrels. They live in the trees behind the house all year round but in autumn, they are in a frenzy of activity, from chasing each other around our ash tree in what looks like an S&M sex game... 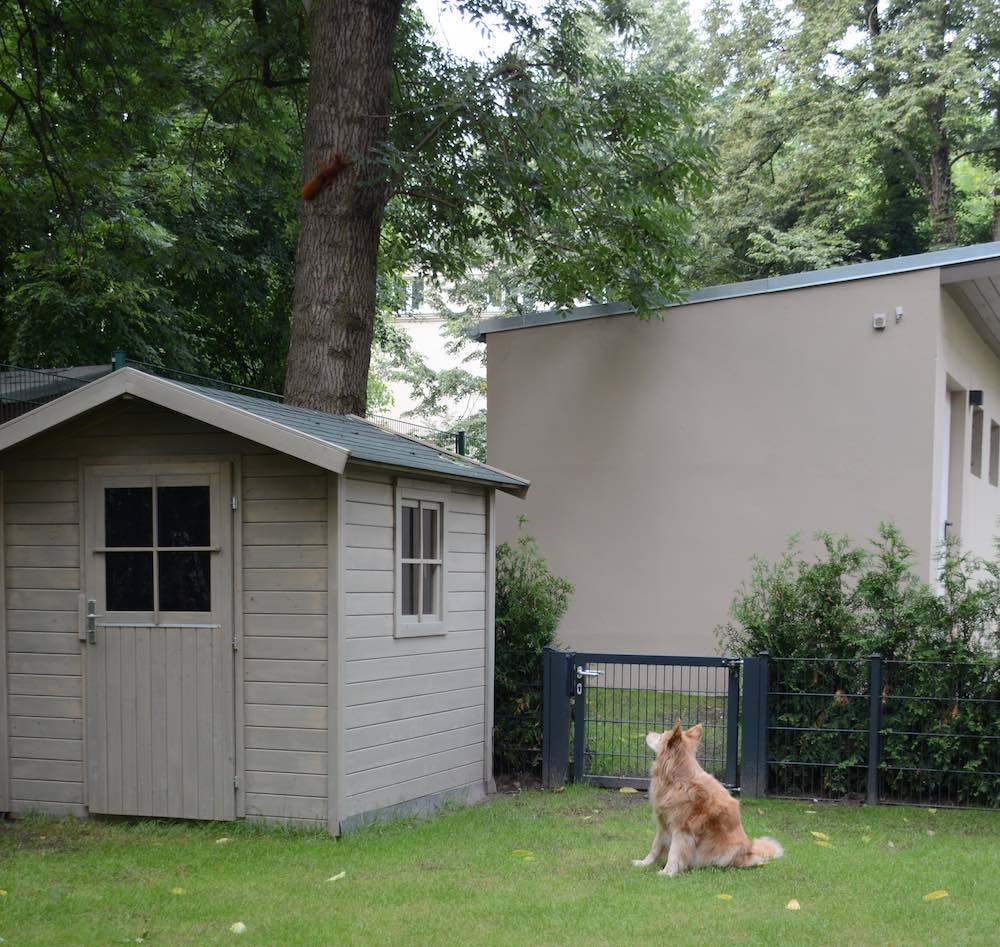 to generally scampering about... 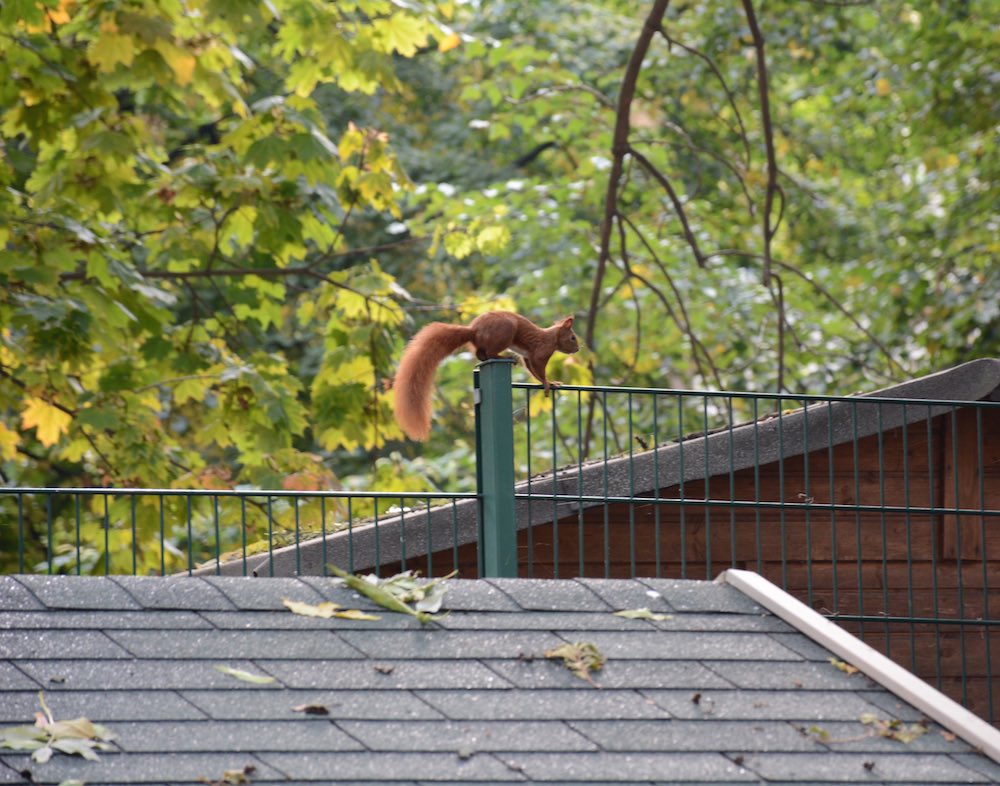 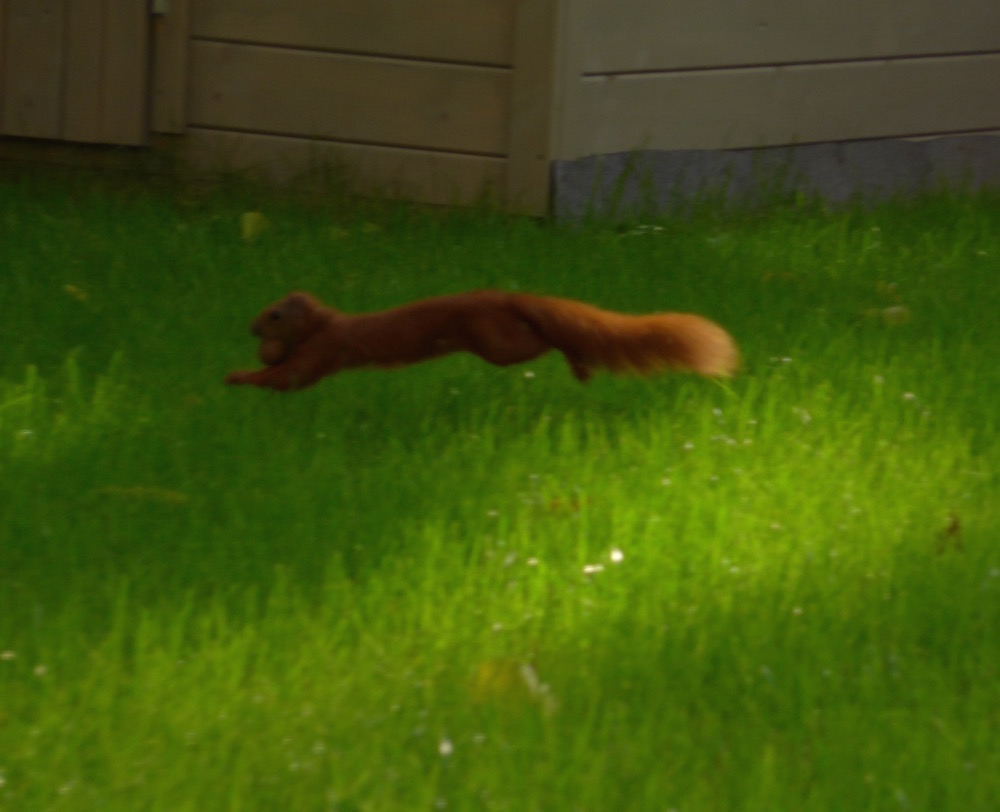 This last activity includes burying those nuts in our flower beds. Which would be fine, except for Elsa. She may be going deaf but her olfactory receptors are in full working order: in she thrashes amidst the flowers, planted this summer at some expense, to dig up the walnuts, which she then shells and eats. 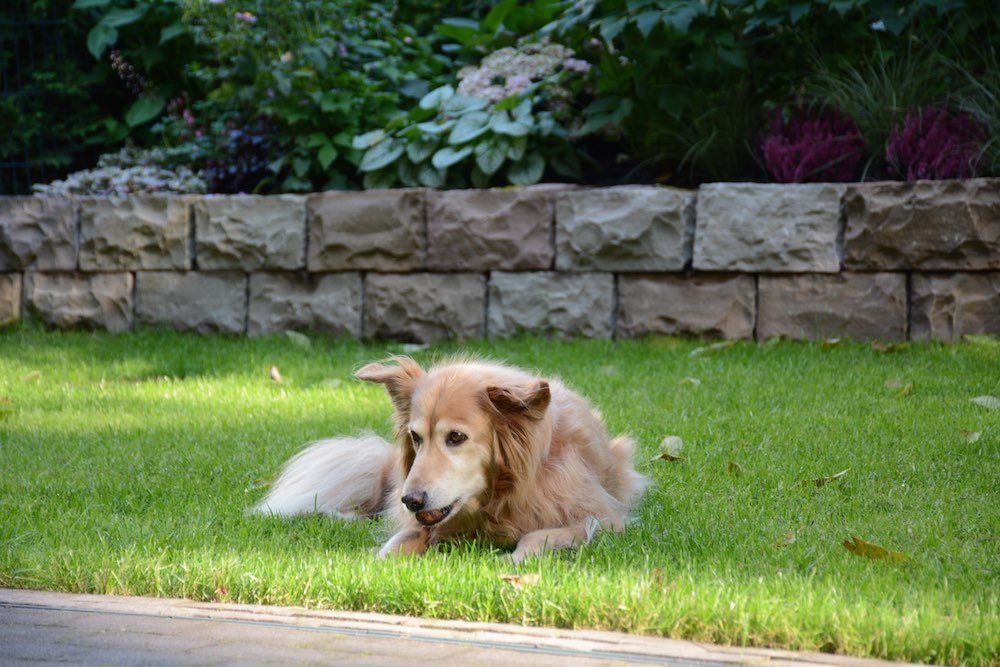 Fortunately for flora and fauna, Elsa is hopping the train for Paris with us tomorrow and won't be back in Berlin for five weeks. I'll miss the show.