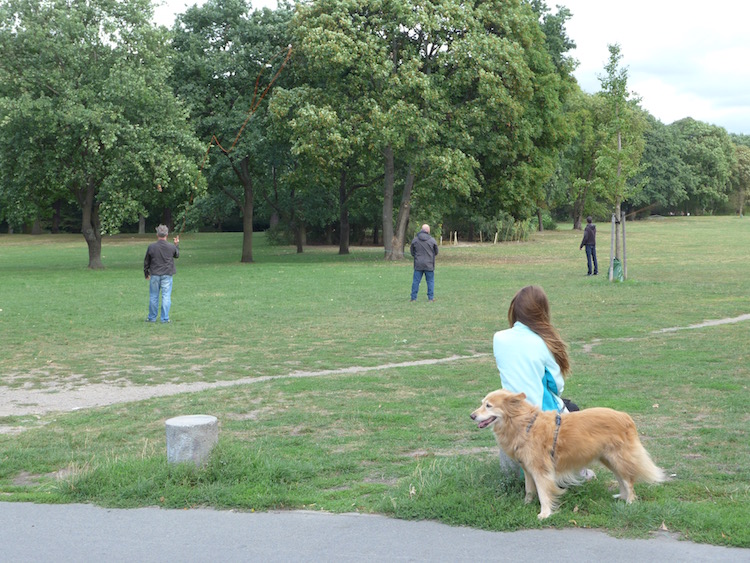 Humans are scaring me these days. Everybody seems to hate everybody else. After the mostly home-grown terrorists carried out the Paris attacks against young people having fun, the apparently ‘self-radicalised’ couple in San Bernadino, six-month old baby or not, went on a shooting spree at a centre for handicapped people. Last Sunday the French voted in droves for Marine Le Pen’s National Front and their sneering politics of exclusion and intolerance. Meanwhile, the nastier and more outrageous Donald Trump’s fulminations become, the more Republicans seem to like him. 35%, I read this morning.

Thinking about where all this fear and loathing is taking our angry, melting planet sends me into despair. When has extremism on either end of the spectrum ever proven to be a force of good? 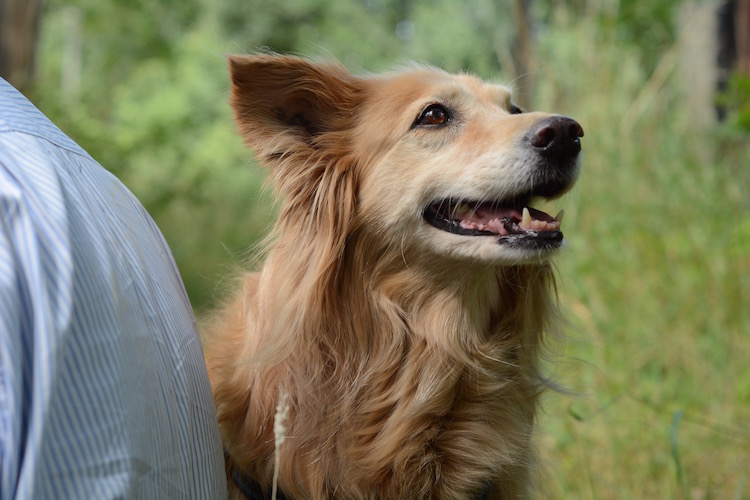 So today I turn my thoughts to the animal world and Elsa, who next week will be 14. Since I wrote on her birthday last year, she’s still one lucky dog, living between two exciting cities, surrounded by people who love her dearly... 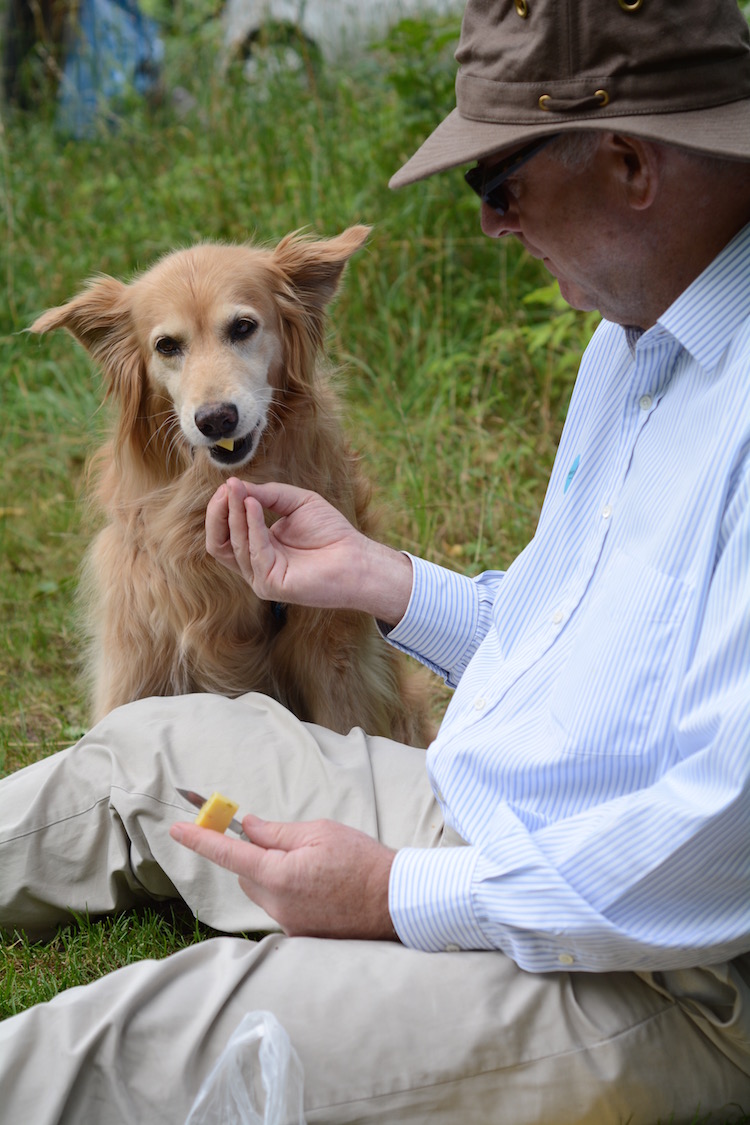 For her age, she remains quite sprightly: she still jumps up and opens doors, dances all over the place at walk time and chases her tail, maybe not every day but several times a week. Much to David’s dismay, she continues to enjoy rooting around his flower beds. With the walnuts either gone or having lost their appeal, she’s developed a hankering for the spring bulbs that were recently planted. 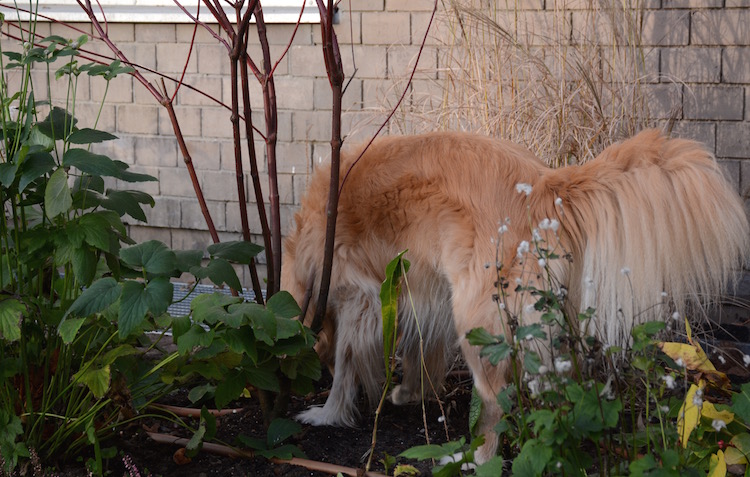 But the year has held its challenges even for Elsa. Though I put it down to age rather than global trends, she too has become a little less sure of her world over the last 12 months.

Change is difficult for all creatures, dogs included, and in January she was forced to make her third move in Berlin. Enough is enough, her eyes said, all the while expressing the fear that it might not be, that it might happen all over again. Every time she saw pieces of furniture re-arranged, every time she must still welcome a worker who comes to fiddle with the electricity or install a cabinet, her eyes beseech me: Please tell me this doesn’t mean we’re packing up again.

She also had to endure a blistering summer. Temperatures remained in the 30s C (90s F) for days at a time in both Paris and Berlin. Elsa was in fact lucky to spend most of it within the relative cool of the thick 1907 walls in her new ground-floor Berlin flat. She was regularly hosed down in the shady garden, but it was clearly hard on her. 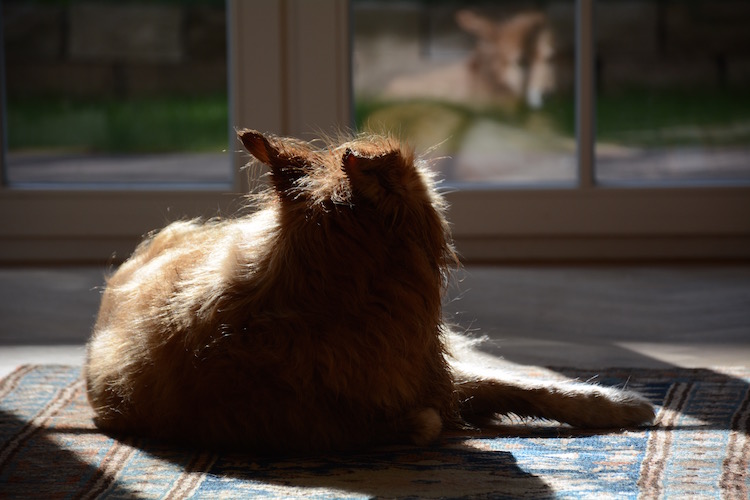 Although she still enjoys the street smells and the search for discarded or dropped food, once she’s finished her business, Elsa expresses a certain Angst about staying out too long, getting too far from the house. In fact, when we do turn around for home, she takes off like a horse heading back to the barn. 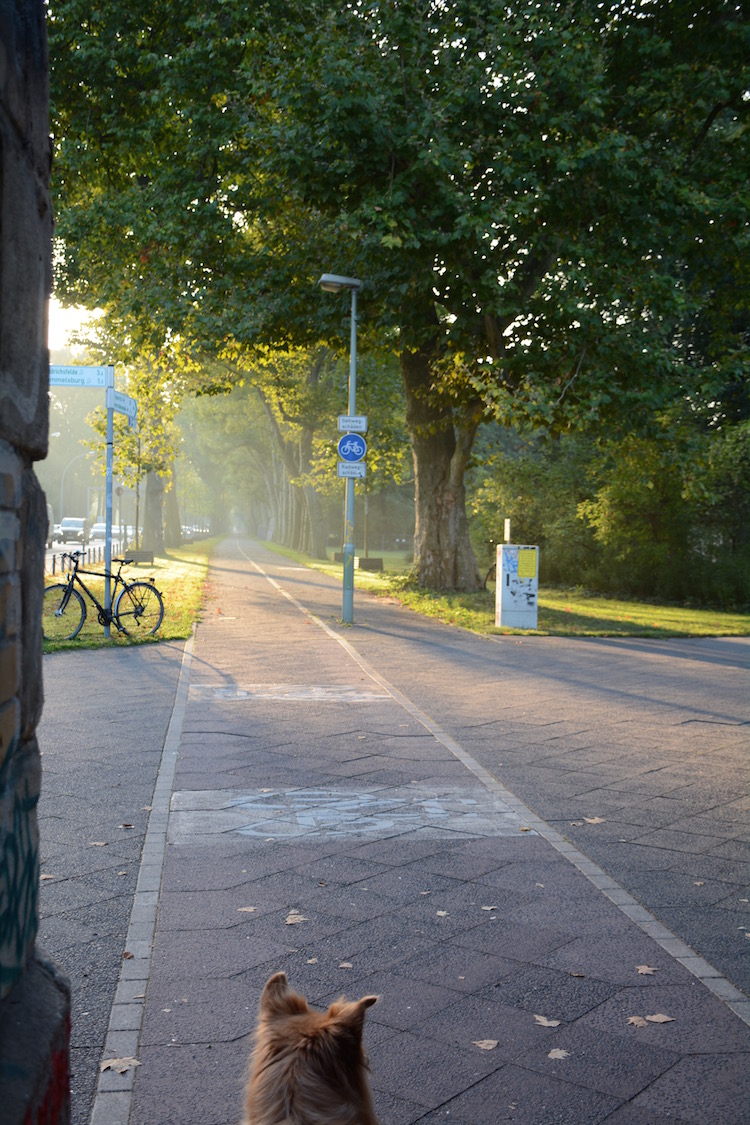 Which is a problem, since she’s now deaf. Never the most obedient of pets, she can no longer even hear her name being screamed across the widening distance she still spryly puts between herself and her owners. This new impairment has resulted in her freedom of movement being severely restricted. Alas, Elsa is now almost always an der Leine. Though that doesn’t bother her the way it used to either; it actually seems to make her feel secure. 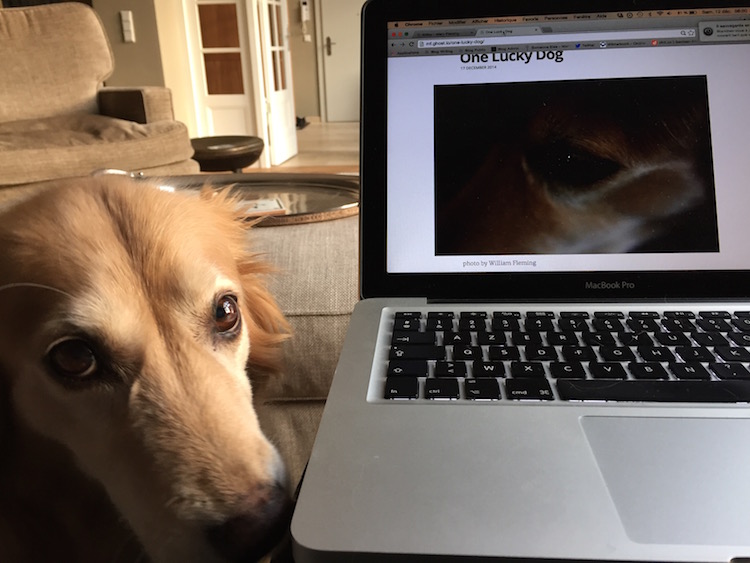 Last year Elsa’s birthday present was returning to Paris, her real home, a place where, I said, the winter grey is 10 shades lighter than it is here in Berlin. We’ll be heading back again in a week's time, and Elsa will no doubt be delighted.

But I'm not sure Paris this year will appear any brighter to us humans.