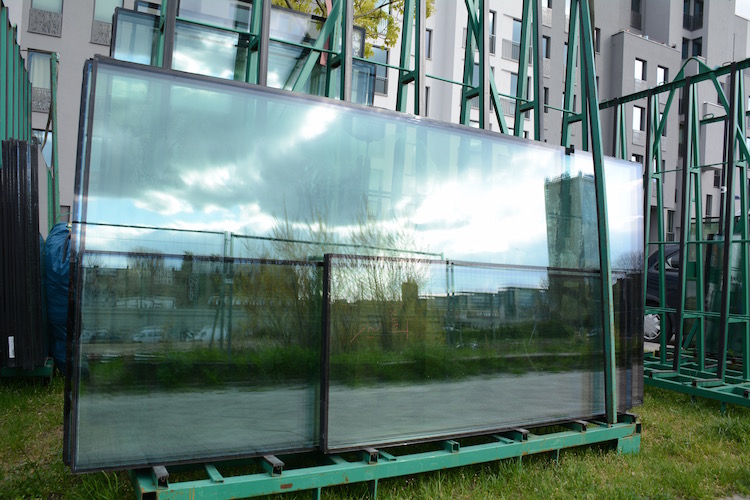 In the first part of our long drive back to Paris yesterday, we were listening to the radio and I was thinking how much my German vocabulary is a mirror of the times. Here’s a sample of some words that, had I moved to Berlin in another era, might still be missing from my Wortschatz:

der Geheimdienst: intelligence or secret service, most often used over the last couple years in the same long German sentence as der Whistleblower Edward Snowden and the NSA which tapped Angela Merkel’s telephone

der Anschlag: an attack, unfortunately all too often used in the plural, die Anschläge, and referring to terrorist actions

der Absturz, the crash, used often in the singular over this last year and referring to the German Wings pilot who deliberately crashed himself and 149 others into the side of a mountain

die Flüchtlinge, refugees, rarely used in the singular these days on the news

der/die Schleuser, the smuggler/the smugglers, those who charge Flüchtlinge exorbitant amounts to be ferried in over-loaded, unsafe boats or other forms of transport to points of entry in the increasingly reluctant European Union. I have not yet heard this word used in the feminine form.

abschieben, to deport, also these days most often used in relation to Flüchtlinge and almost always already in the past tense, abgeschoben

Personal experience, of course, has also played a role in the development of my vocabulary. Because we renovated an apartment, I know the word for skirting board (die Fußbodenleiste) and dry wall (die Trockenbauwand) and wallpaper (die Tapete). Knowing recondite words in fact creates a disparity with my actual command of the language. Just because I know the word for a kitchen extractor fan (die Abzugshaube) does not mean that my subordinate clauses always flow off the tip of my tongue or that I can flawlessly navigate my past perfect, not to mention my Konjuntiv II (translated on one internet site as: "the general subjunctive mood"). And I have had to look up more useful words—voraussetzen (assume, require, imply) for example—I don’t know how many times.

There are three words, however, that are both useful and widespread and that I am unlikely ever to forget. The first is die Baustelle (construction site). 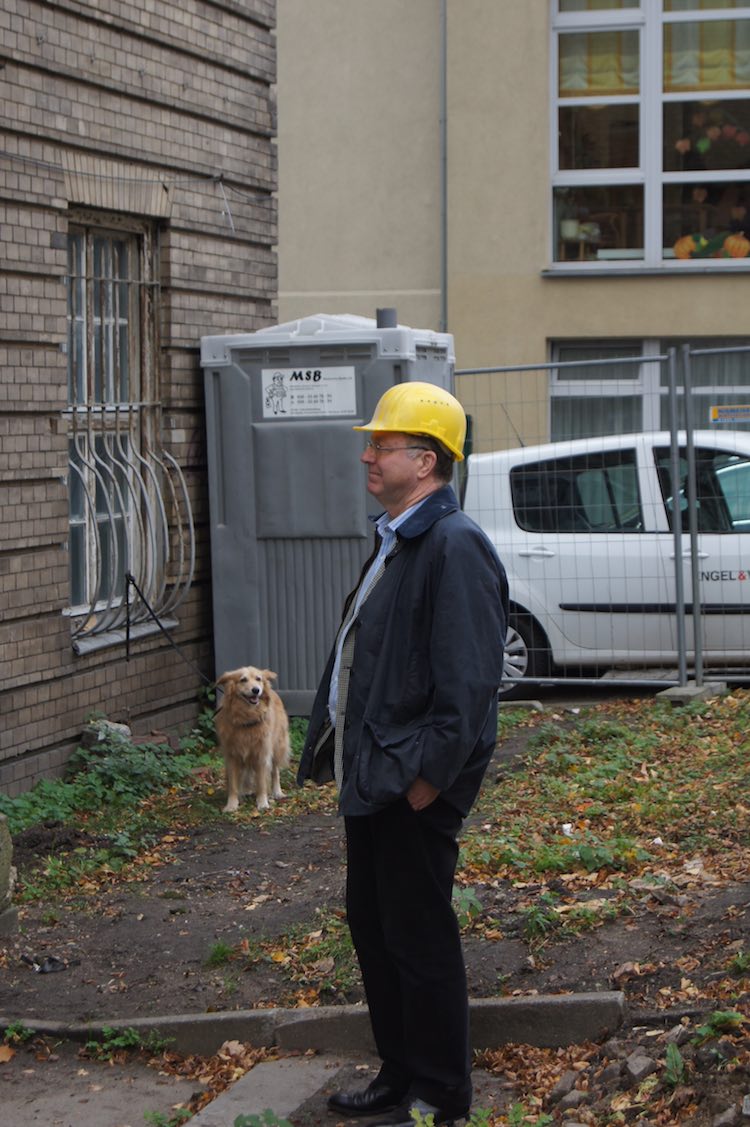 First viewing of what would become our Alt-Treptow apartment building

As I've mentioned in others postings, all of Berlin is on some level one big building project. Maybe I’m imagining it but the pace seems to have picked up recently. When I went to our old neighbourhood the other day to have coffee with a new friend, Lizzie R., I noticed that a large Kaiser’s supermarket had been flattened. When I mentioned it with surprise, Lizzie, a long-time Berlin resident, gave a world-weary smile: “Ah, yes. I heard the apartments will be going for €12,000 a square metre.”

When Peter M. and Katharina J. were visiting from Hamburg the following weekend, we took them to the Stasi Museum. Here’s a photo I took of a building across from the entrance about a year ago when we accompanied other guests: 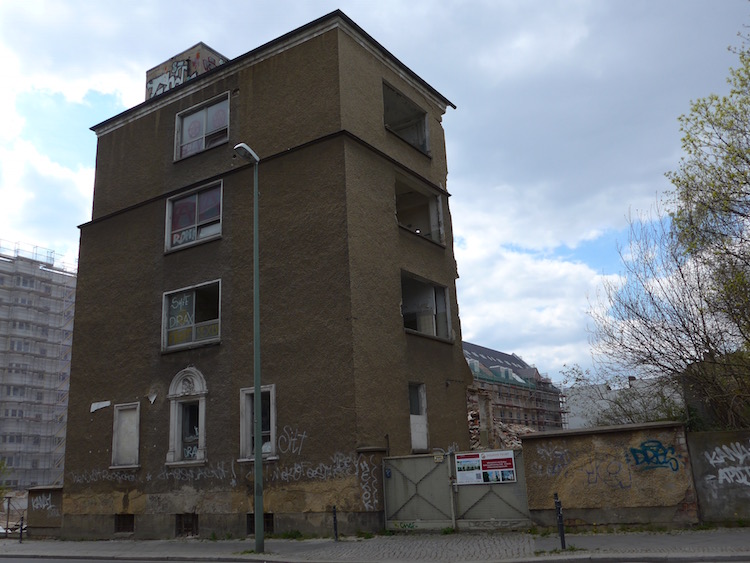 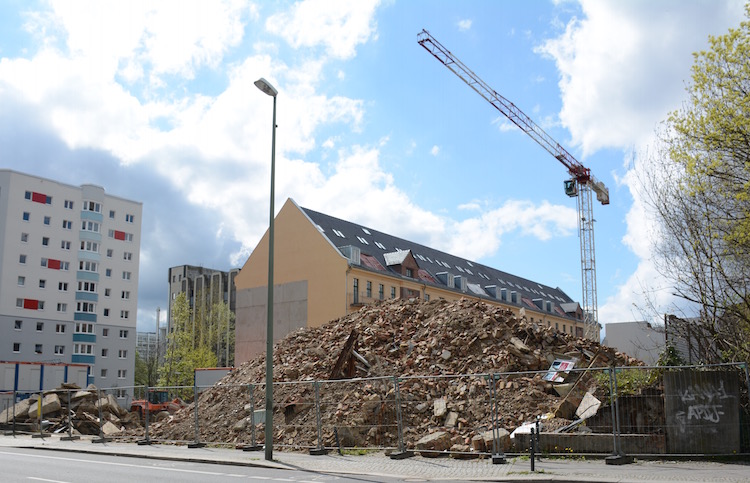 I doubt the apartment building going up here will cost as much per square metre as the one in Prinzlauer Berg. Directly across the street, the former annex of the Stasi complex that was responsible for spying on the west is currently being used, I noticed, as refugee housing (eine Flüchtlingsunterkunft).

And here are two views from the first street we lived on in Berlin: 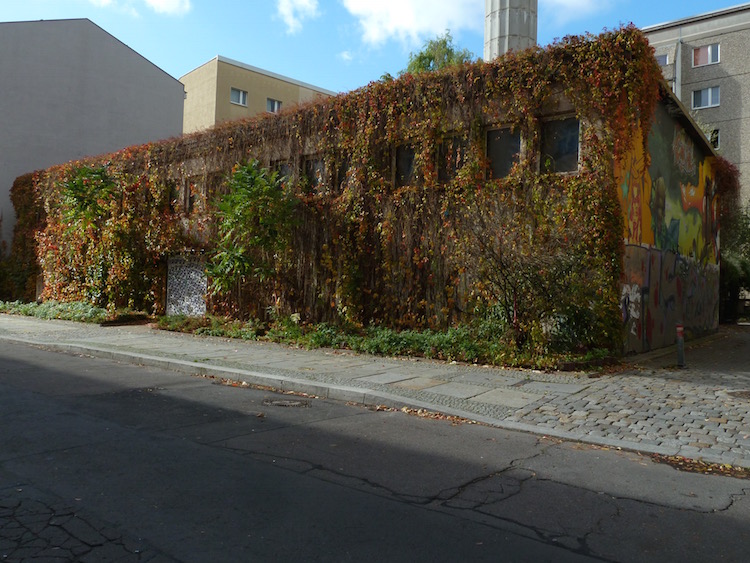 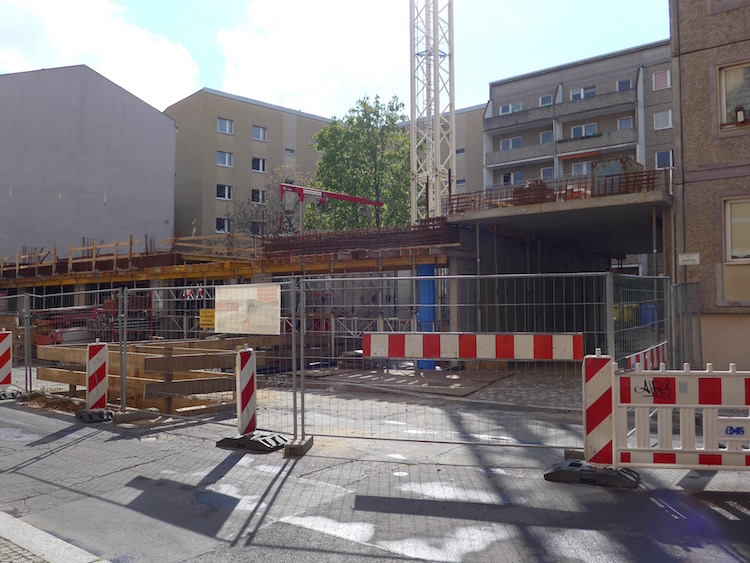 I in fact left Berlin yesterday quite fretful about what I might find gone or transformed by the time I return in August.

Our drive back was unfortunately a constant reminder of another kind of Baustelle, in the form of road works. 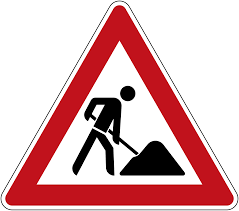 Which brings us to the second essential and unforgettable German word: die Umleitung (deviation/detour). Travel traumas are only of interest to the victims, so I will be brief.

Not 60 km from Berlin, the Autobahn (all three lanes) closed completely and we were sent on an Umleitung that, after the first sign, was totally unmarked. Then it was Baustelle after Baustelle, resulting in the third essential but unforgettable German word, Stau (traffic jam) and more Stau.

When we got about 75 km from the French border, David thoughtfully asked: “Would you like me to take over? You’ve been driving for a long time.”

I rather shrieked: “No! I’m not stopping now! I just want to get out of this country!”

Little did I know that two more major Baustelle, one resulting in another very long, very unpleasant Stau, the other in a long but at least pretty Umleitung through the city of Saarbrücken, yet awaited us before we were safely back in France. 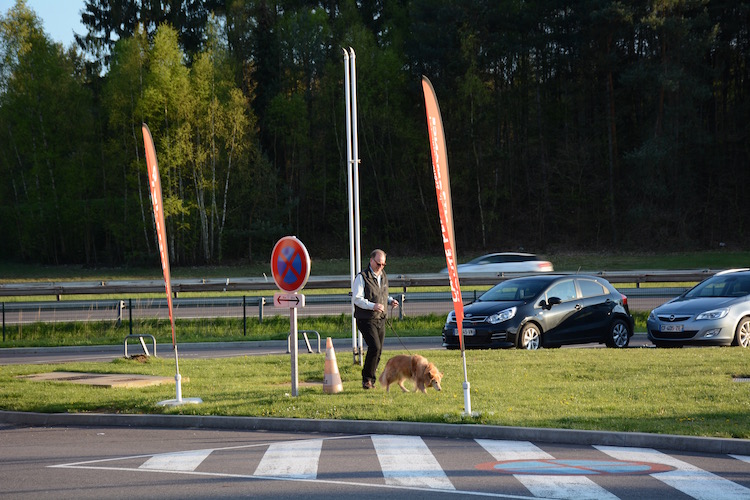 After a night’s sleep, my hostility towards our second home has subsided and I will leave you with this parting shot: 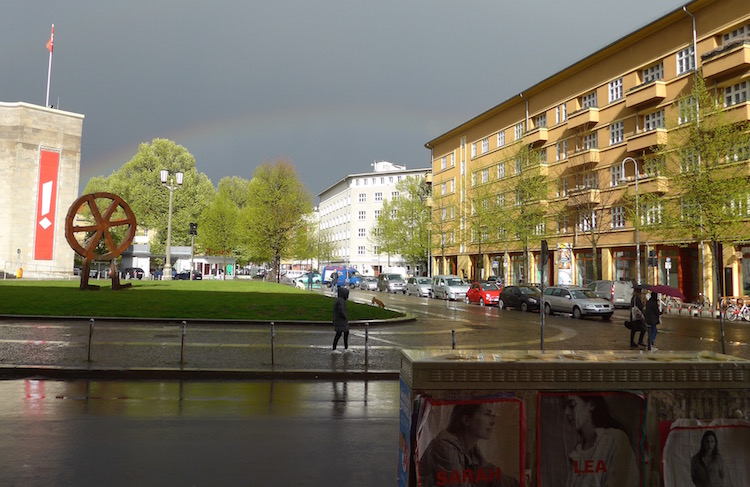