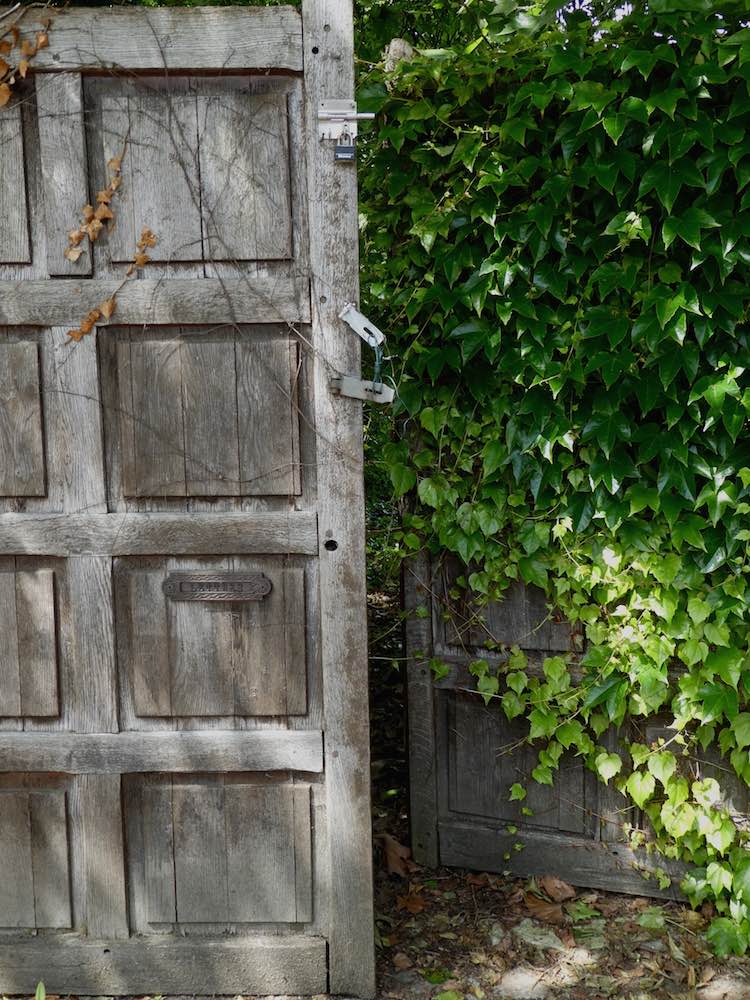 This summer I’ve been thinking a lot about the house next door. Or what’s left of the spacious bourgeois property covering an entire side of our country lane. For the last decade it has been abandoned and nature has been left to her own devices.

I believe its decline can be traced back to the murder. 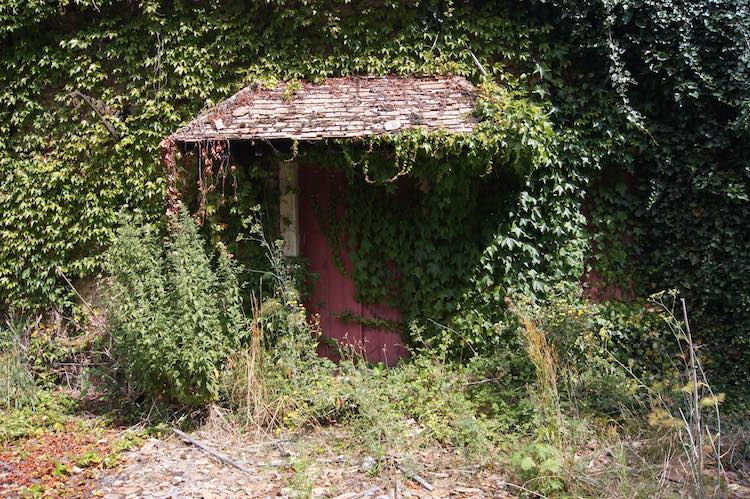 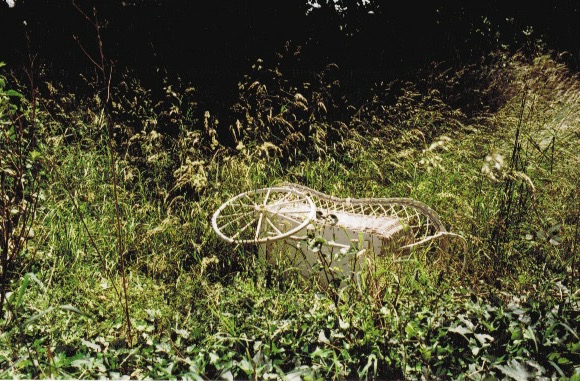 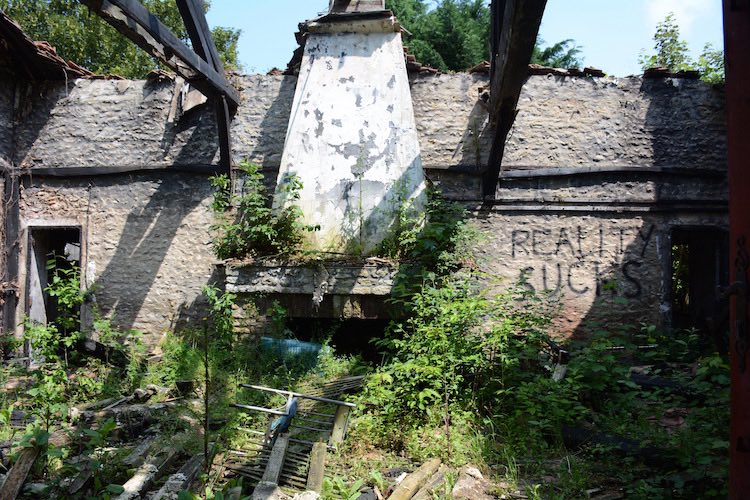 Around the turn of the millennium, with Monsieur Maison now hospitalized after another prison stint, the house was rented to a bourgeois couple. They were visited by their children and grandchildren on weekends and had several yappy lap dogs which jumped all over the furniture. 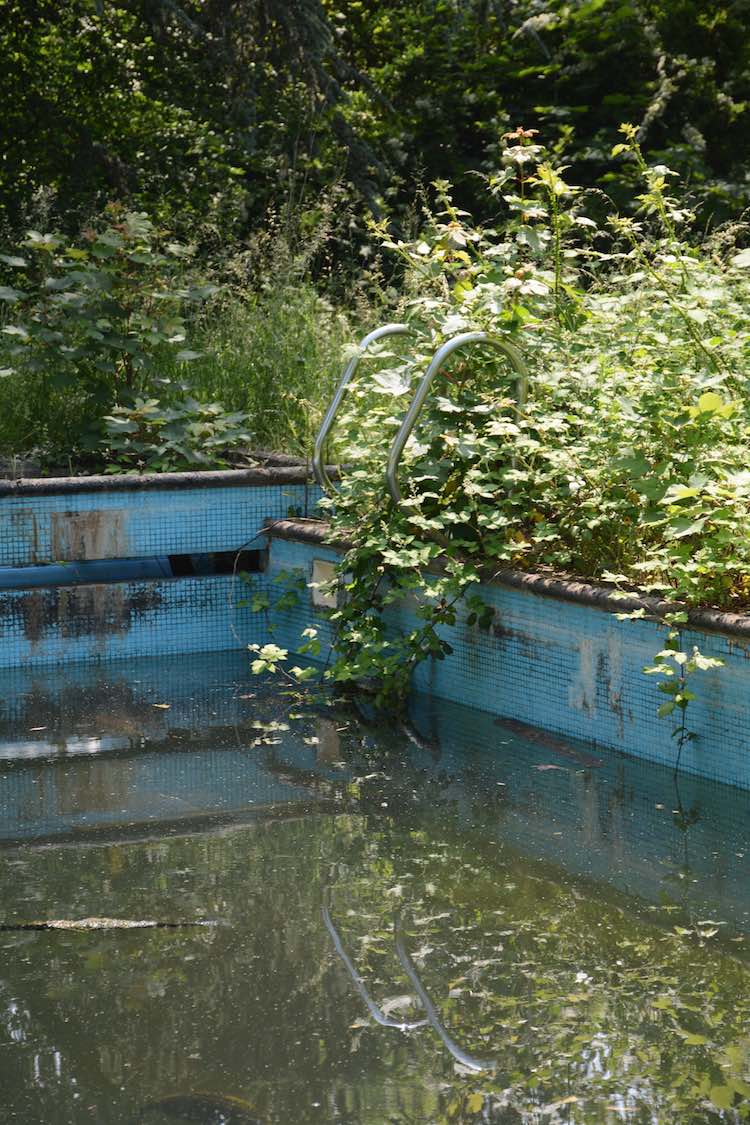 They often invited people from our side of the street to eat in the solid stone house or to swim in the pool or to admire the grassy meadow that spread across the back half of the property. One evening at dinner, the attic right over our heads, I asked if the murder didn’t spook them. “No,” they said. “It’s a nice house.” 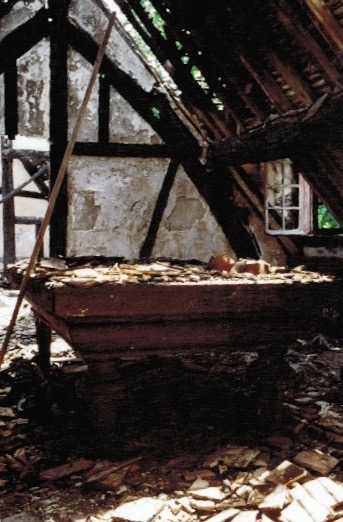 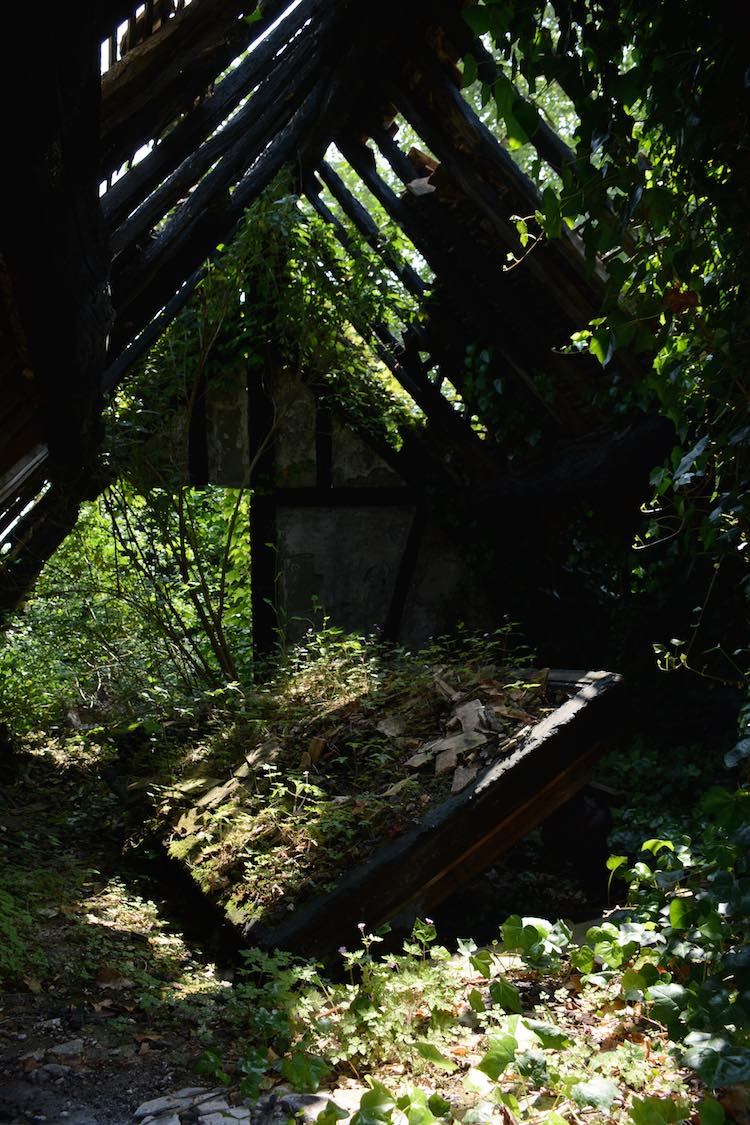 The man had a heart attack and died. There were money and, by now, neighbour problems and she moved to a smaller house several villages away. The place languished. No one seemed to know what had happened to Monsieur Maison the murderer or who even owned the place now. A rumour spread that the mayor was going to allow property developers to build many small, ugly houses in the meadow. Alarmed, our side of the street requested a meeting with Monsieur le Maire. We protested loudly, citing a regulation that prohibits any new construction for 50 years. He waved his arms at us as if we were a swarm of flies but nothing got built.

After a while, a large Mercedes could be seen parked outside from time to time. According to a neighbour, the car belonged to an Iraqi who had recently bought the property. One day there was a fire. The Iraqi, said the neighbour, claimed it was electrical and not his fault, but the insurance company didn’t buy his story. Neither did the neighbour, who said the Iraqi owed money all over the place. There was another fire, leaving the house not much more than a shell. The property became a site for locals to scavenge, dump and party. 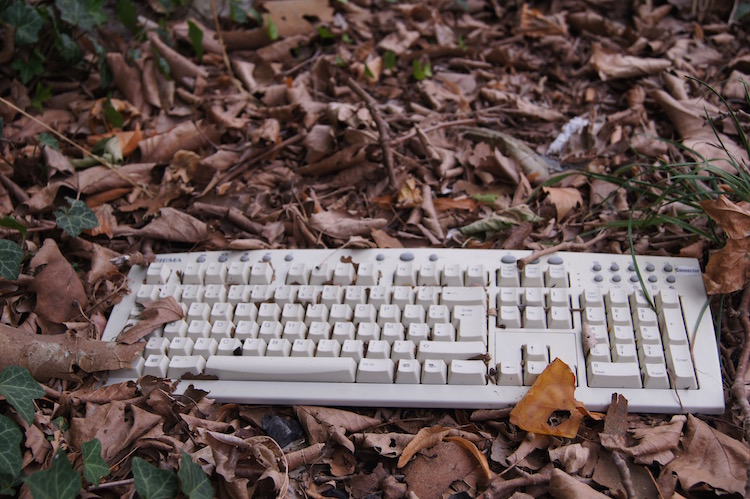 As you can see from the photos I've taken over the years, nature didn’t waste any time asserting herself. Vines crept around the crumbling structure. 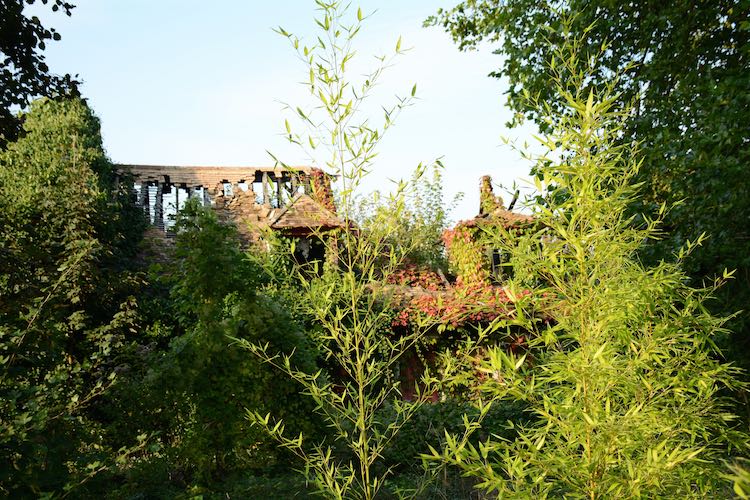 To the right, what remains of the attic 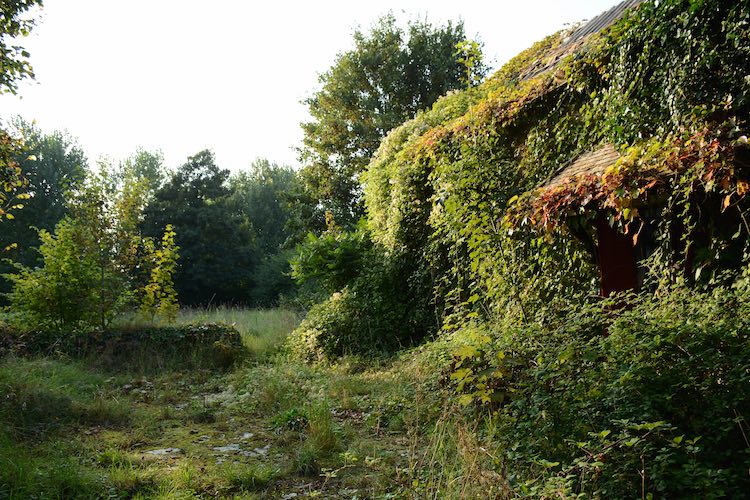 Poplar trees began to grow thick and wild in the meadow. Untended vegetation spilled beyond the walls and into the lane. People on our side of the street complained to the mayor that it was unsightly, unruly. He, still miffed by our earlier protest, said it wasn't his problem, until tree branches dipped so low over the lane that the rubbish truck could no longer pass. Then he had it all cut back.

That was a few years ago. Now nobody talks much about the place and in winter it’s almost possible to forget that we live with such dereliction in our midst.

But come summer the large family of frogs who has moved into the swimming pool wakes up and makes sure we remember. 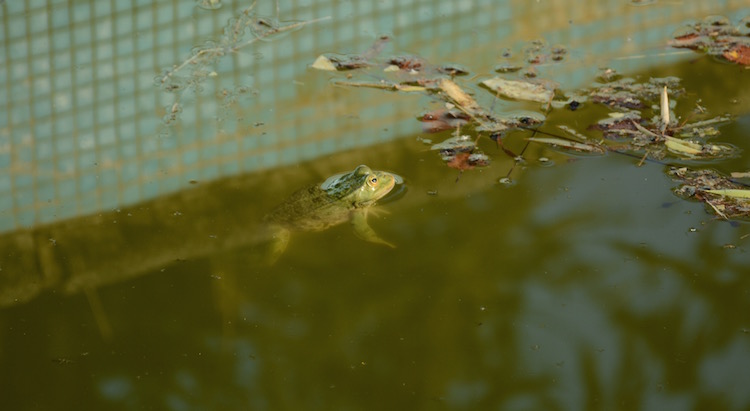 Their mating song can be heard all along the lane and always tweaks my curiosity, always pushes me to trespass. To slip through the broken locks on the gate so that I can bear witness to the latest ravages of time and neglect. 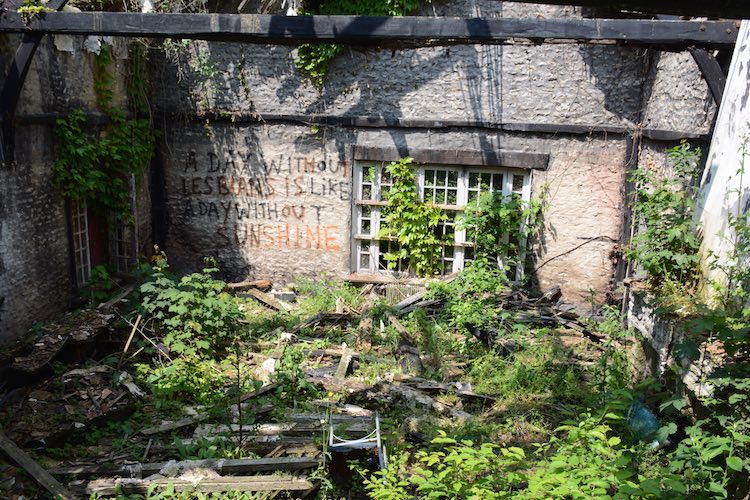 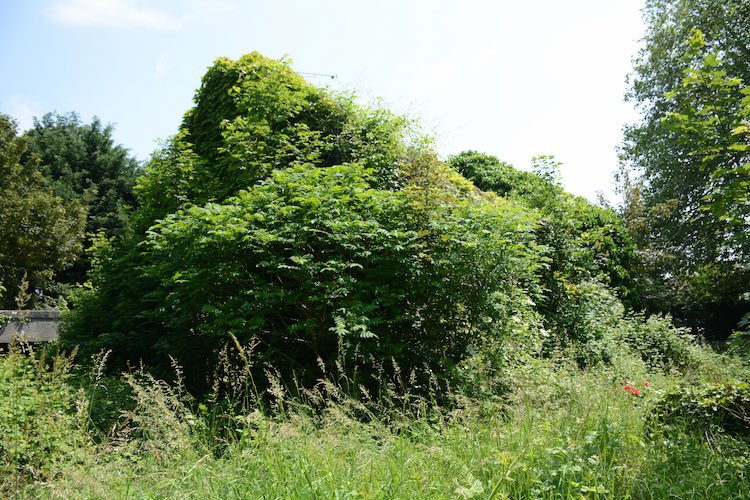 As regular readers of my blog will know, I am hopelessly drawn to the decaying and the decrepit. I am also forever pointing out how quickly things can fall apart, how close we always are to our darker sides and chaos, how little control we have over everything, including what lies just beyond our own garden gates.

My fascination with the ruined house across the street this summer, however, is undoubtedly heightened by the fact that our own house is being sold. It's my last chance to contemplate this particular example of just how flimsy the thing we call civilization actually is. 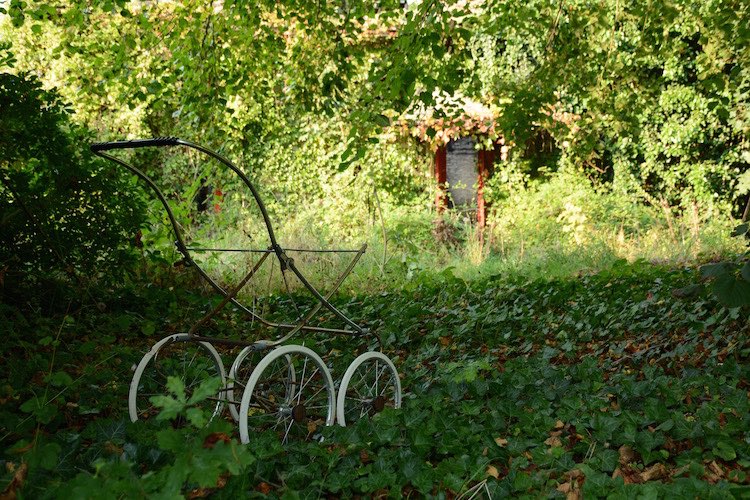