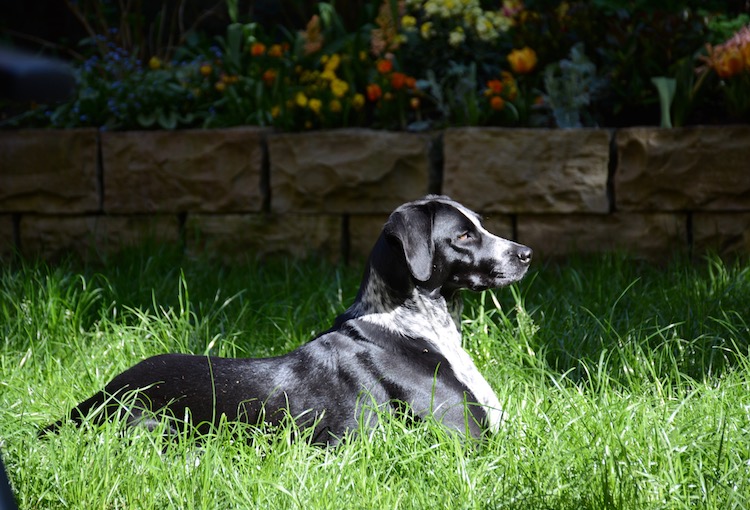 Today I would l like to proffer a small piece of advice: if you are thinking of adopting a dog from a shelter because it will be a good deal, financial or otherwise, think again.

I’ve written a lot about the ‘otherwise’ since Tasha entered our lives one and a half years ago. About the challenges that come with a dog who has been traumatized emotionally and psychologically and probably abused physically as well. But I haven’t said much about the financials.

At first glance it seems like a great deal. For the dog herself, her sterilization and first set of vaccinations, plus a 3kg (6.6lbs) bag of food, I paid the SPA in Tilloy-les-Moufflaines €150 ($175).

Since then, however...well, bargrain is the not the first word that comes to mind.

There’s the succour I have had to seek for her mental and emotional health problems. She has undergone - is still undergoing - the canine equivalent of serious psychotherapy. At the beginning in Paris I got a lot of good advice for free from Koffi, while Tasha played (not always so nicely) with his group of dogs on the lawns between the Tuileries gardens and the Louvre. 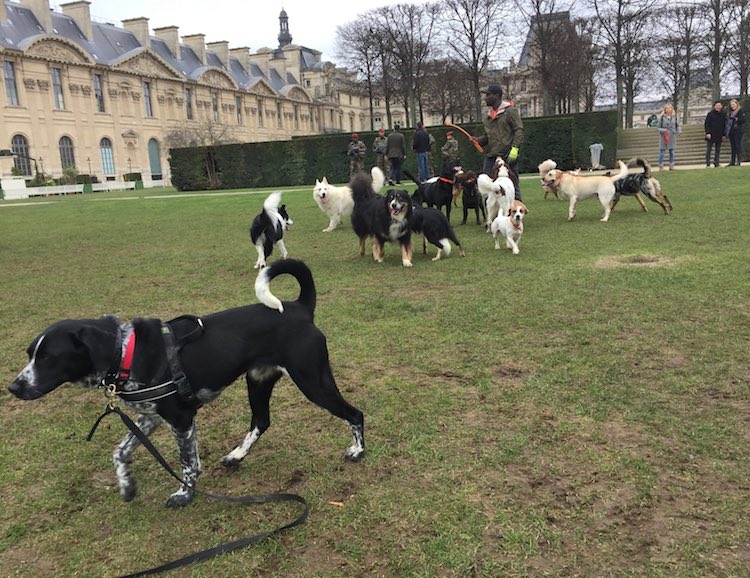 But then Koffi and his business partner Virginie started taking the dogs to the Bois de Boulogne twice a week and that seriously reduced the amount of exercise and social interaction that Tasha was getting. So she started accompanying the pack to the Bois. It has done her a world of good but it’s not, of course, free.

In Berlin, where we live next to the enormous Treptower Park and Plänterwald forest, exercise is no problem. 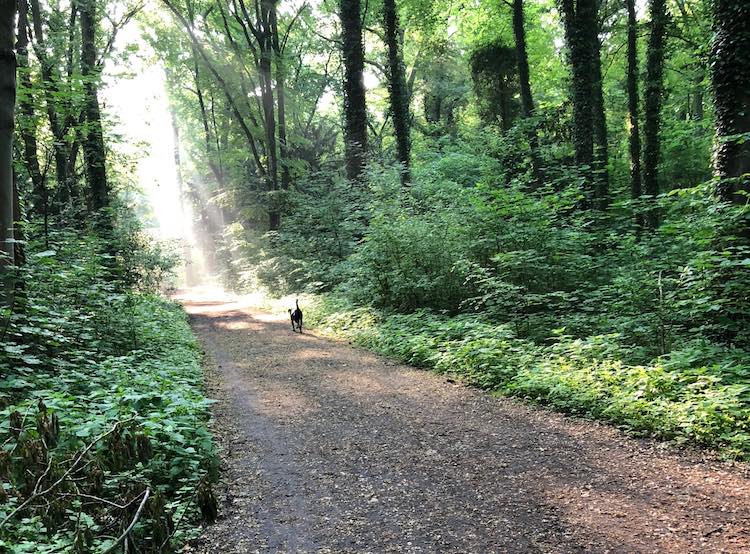 Dealing with Tasha while she’s getting her workout is another matter. I am still frequently scolded by joggers and other dog owners for her barking, bumptious behaviour. Thankfully Anna, part shrink, part yoga teacher, came into our lives. Most weeks we have a training session for an hour in winter, two in nicer weather. 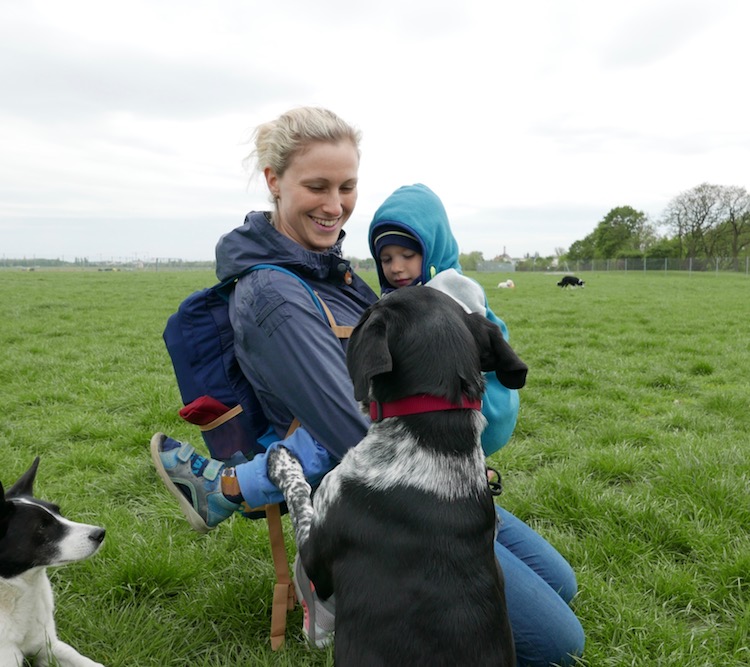 Tasha with Lana, Anna and Ilyas

Neither of the above costs a fortune but they are expenses I did not have with our two other dogs, who also rarely needed to see the vet. With Tasha that too is another story.

She may, as my husband David says, look like a linebacker... 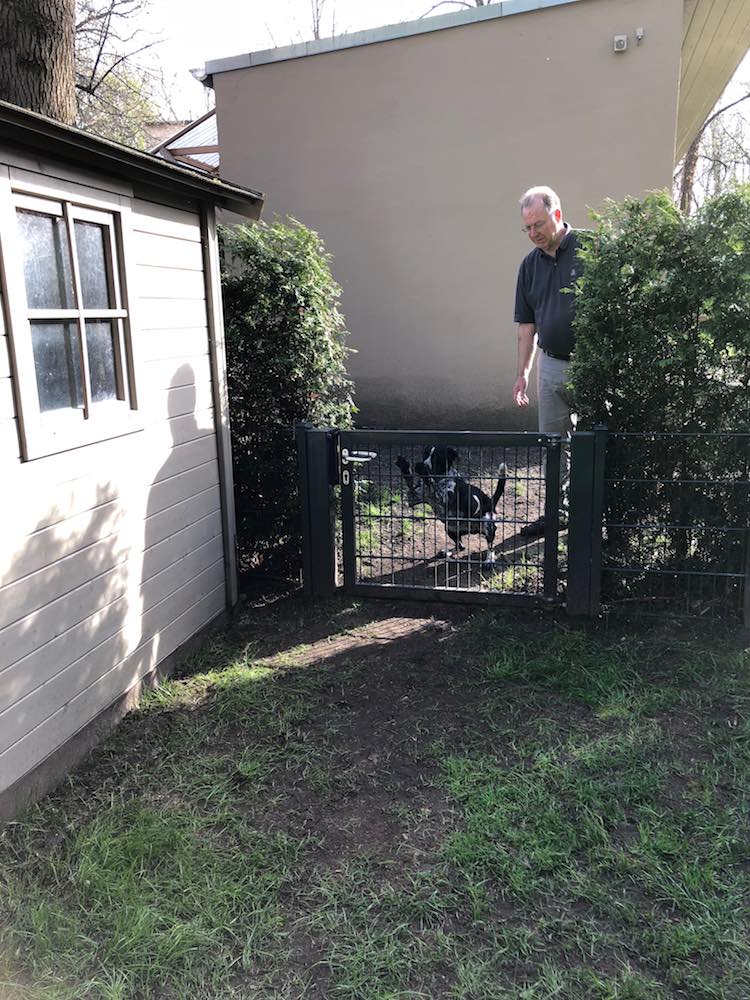 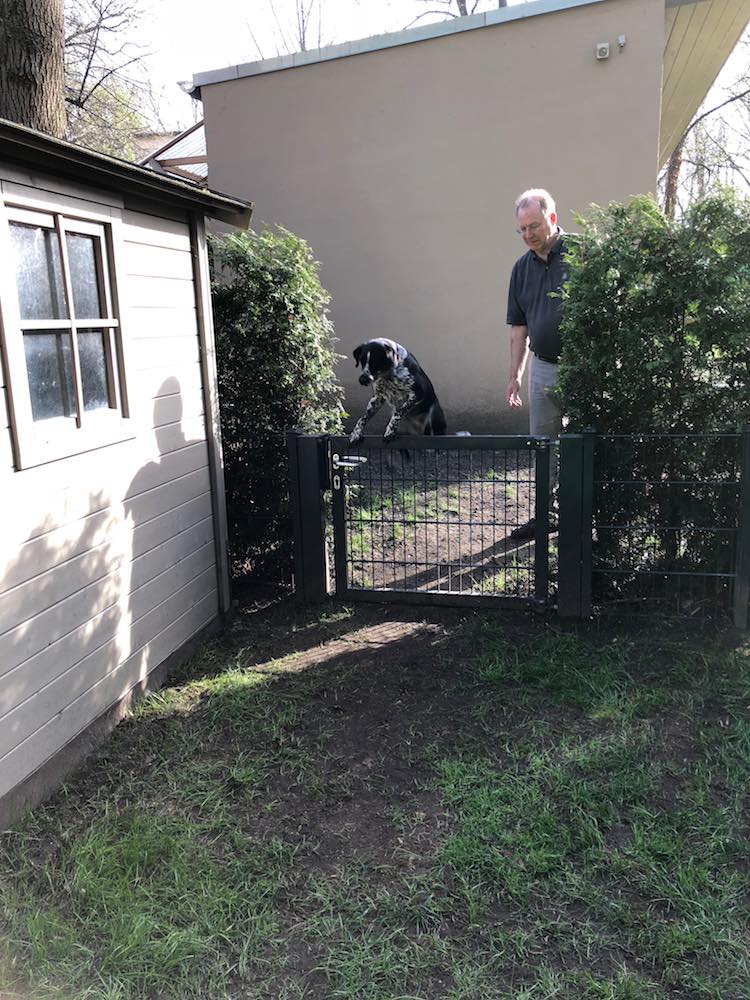 ...but as we all know looks can be deceiving; her health is actually quite fragile. In the last 18 months she has had both eye and ear infections that each required several visits to the vet, first in Paris, then in Berlin. She’s had multiple digestive problems also necessitating medical attention, including an emergency visit one Sunday morning from SOS Vétérinaires.

Most recently the vet in Berlin discovered that Tasha's persistent diarrhoea was due to giardia, a very nasty parasite that is transferable to humans. Besides the expense of more visits to the vet... 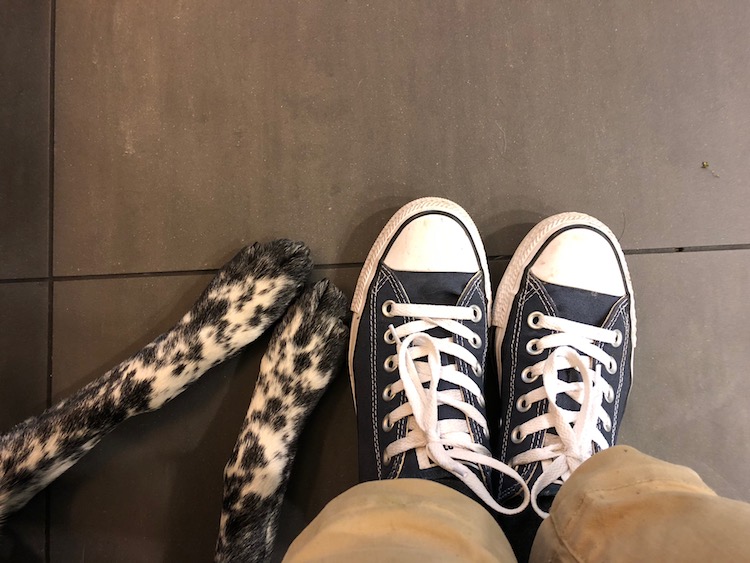 ...lab tests, medication and the purchase of special food, this malady was also costly in terms of time. For close to three weeks it seemed I did little else but wash her bedding at 60°C (140°F), clean her bowls with soap and boiling water and her body with shampoo. I am happy to report that this last activity has been very salutary: gone are the days when Tasha resisted being bathed tooth and nail. She now jumps in and out of the tub with as much ease and willing as when she vaults our garden fence in the above photo.

Like a golfer who keeps buying new clubs and accessories in the certainty that her game will improve if she just has the right kit, I have purchased lots of dog equipment in the hope that something will help get Tasha trained. Because she is recalcitrant—often wriggling her head right out of the collar—there have been several of those. Because she pulls, I also tried a harness to spare her neck and my arm (see Koffi photo above). That I gave up when Anna said she thought it rubbed her the wrong way. I have bought bag upon bag of training treats. Most recently I purchased a 5m (16ft) training lead so that while an der Leine Tasha can have some-not-too-much freedom. 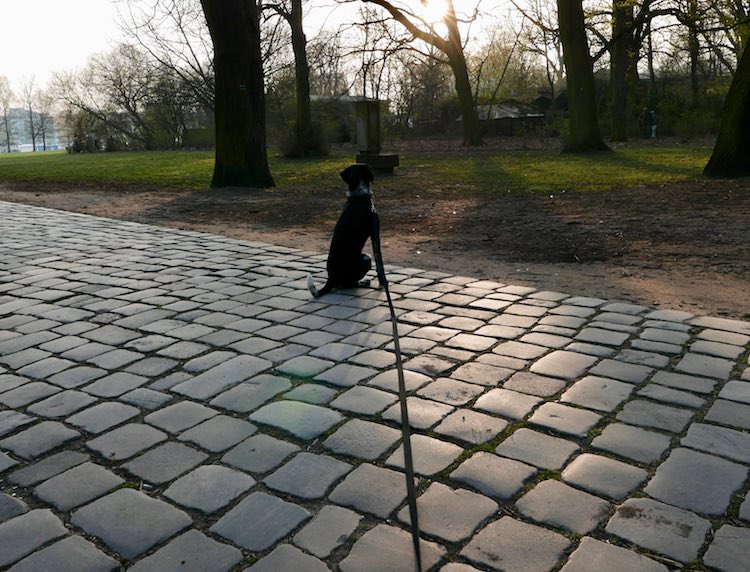 Actually we now have two of those. David sticks with the original black nylon; I prefer the newer orange plastic. At least this item has had some effect. Limited independence seems to make her feel more secure and she has of late been less jumpy with both people and dogs.

I must also admit to a further laisser-aller. With Lily and Elsa, I rarely bought toys or accessories. I scorned overindulgence in dogs for the same reasons I resisted spoiling my children.

But with Tasha my principles have been tossed to the wind. I rarely leave the pet shop without a little something for her. A ball, a squeaking pig whose squeaker she will remove in a matter of minutes, or this rubber bone which, if treats are stuck in the hole, is also supposed to be a training tool. 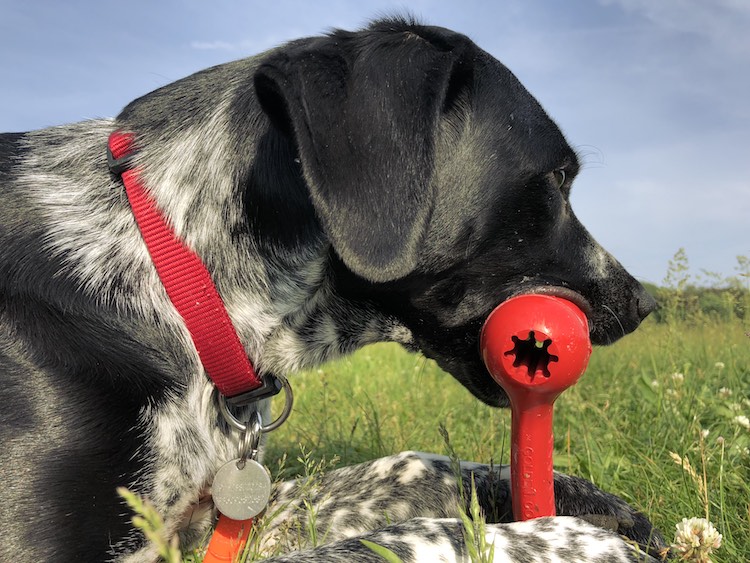 She has a collapsable bowl for water on outings. And I have spent more on her bedding (there is some evidence that she is in fact a princess) than for the two other dogs combined.

Fortunately none of the above is going to break the bank. And without Tasha I would never have met Koffi, Virginie or Anna, who have enriched my life too.

Last night I took Tasha over to Anna's, where she will be staying for the next 10 days while I am in the Caucasus celebrating the 10th anniversary of David’s nature foundation CNF. Thrown in with the deluxe dog care will be intensive training, the canine equivalent of a specialty summer camp for children. And just think what all this time with Anna will do for Tasha's German. In total, it’s an exceptional deal.