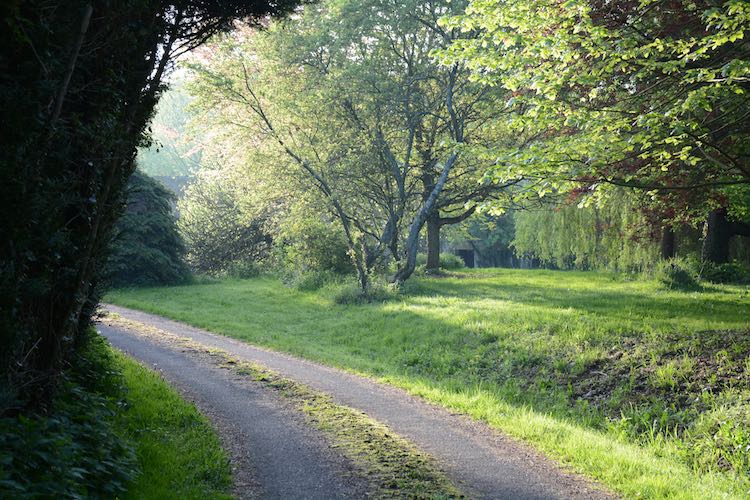 I grew up on the ninth floor of an apartment building in Chicago. But I dreamt of living in the countryside surrounded by nothing but nature. In my active fantasy world, I would, for example, turn my desk chair over and pretend it was my horse. Off we would gallop through field and forest to save people and animals in danger. I put water in the bathtub and sloshed around in my Wellington boots, forging my way across a river en route to other humanitarian rescue missions.

When I was about 10 my parents decided to buy an old farm in Libertyville, an hour and a half outside Chicago, where we could spend weekends and summers. Even at that tender age I worried that the plan was too good to be true and so it was. At the last minute, following a nasty histoire de famille involving my grandparents, my parents called off the purchase. I was devastated.

The hankering never went away. Though as an adult I have experienced two country houses—one with my first husband Charles and the other with my second David—neither quite fit the bill because both were in villages, surrounded by other houses.

Last July, evicted from the apartment so the floors could be sanded during our Paris renovation project, we headed to a country hotel 90 minutes outside the city. For two days we walked in the woods with Tasha, breathed fresh air and gazed at the stars, woke to birdsong and dewy grass and were reminded what an elixir the countryside is to both of us—or, I should say, to the three of us. 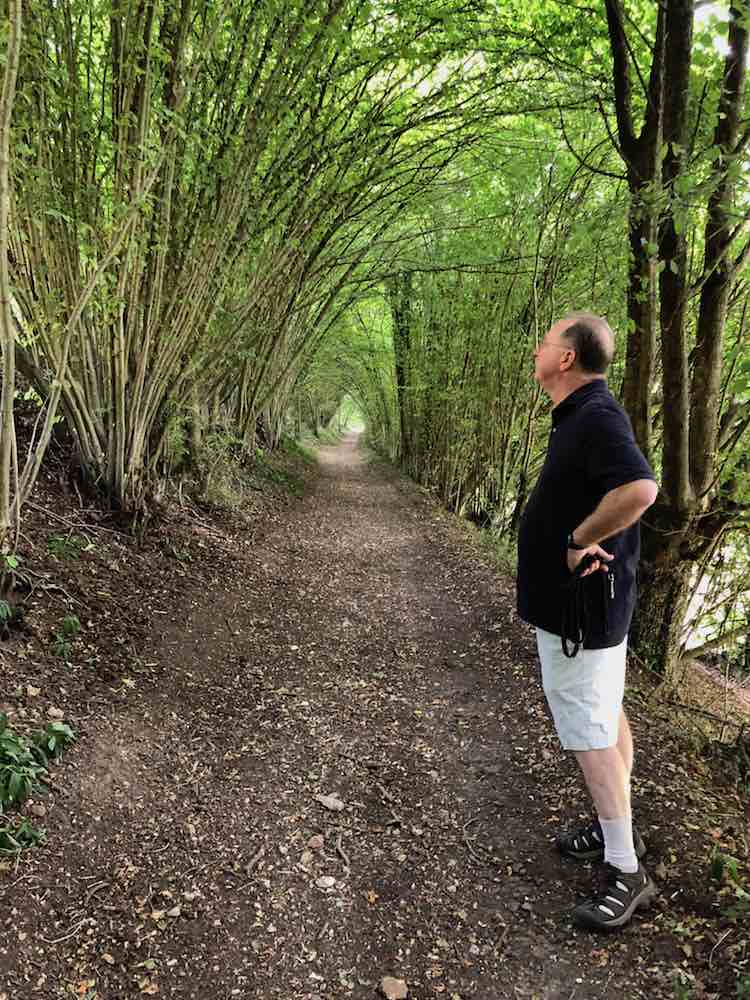 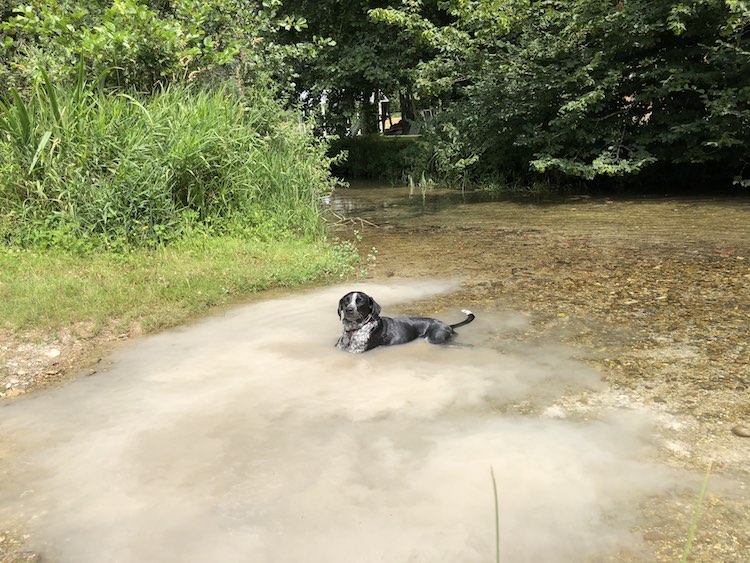 During August, stuck in a dusty worksite and a sweltering city and unable to work, I began consulting property sites, the virtual equivalent of eating chocolates. Weekends we’d benefit from my addiction by visiting some of those houses and getting the lay of the land within a two-hour radius of Paris.

One area that I was particularly keen to explore was Le Perche, a bucolic section of southern Normandy. One house, a 16th century seigneurie (house of a local noble) at the end of a track, nestled in field and forest, had particularly caught my interest. It was the first place we looked at. By then, however, my children had heard about the search and said, in unison, to David: “Don’t let Mum latch on to the first house she sees on the internet like she did with that dog (aka Tasha)!” 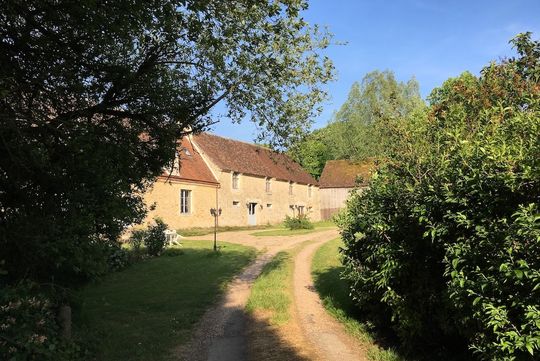 photo from the property listing

So when we visited it, my eyes were as good as closed. I was determined to let David take the lead. Upon leaving he said: “It’s nice. But we'd have to do up the barn. And we’re not doing any more renovation work.”

“You're absolutely right,” I said. “After Berlin and Paris, no more work.”

We kept looking. Every place we saw had something wrong. The house was too close to a big road and noisy; there were too many outbuildings (usually in shambles); the property was peaceful but the surroundings were over-developed. They did share one quality: the need for renovation work.

Sometimes seeing what you don’t like leads you back to what you want.

“Maybe we should visit that first place in the Perche again,” David said.

Eyes now wide open, this house surrounded by fields and forest was clearly It. 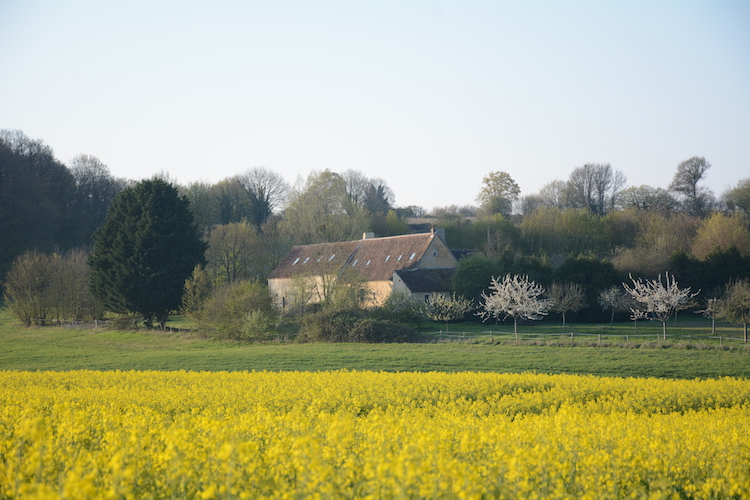 We signed on April 12th, my birthday, and what a present: the thick walls of honeyed Perche stone... 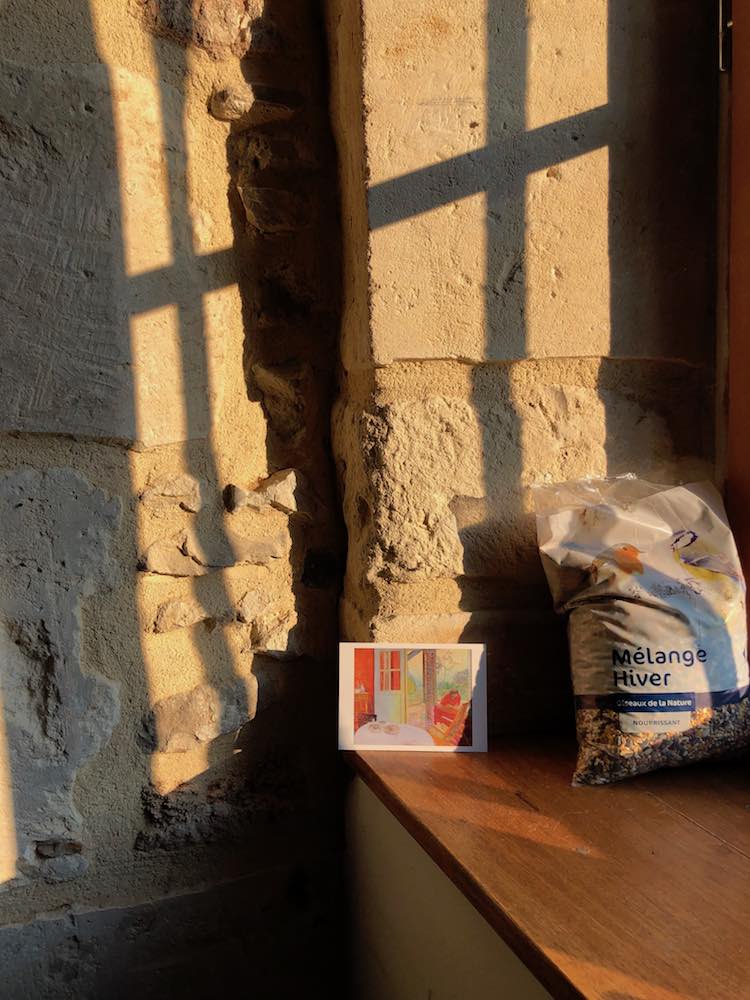 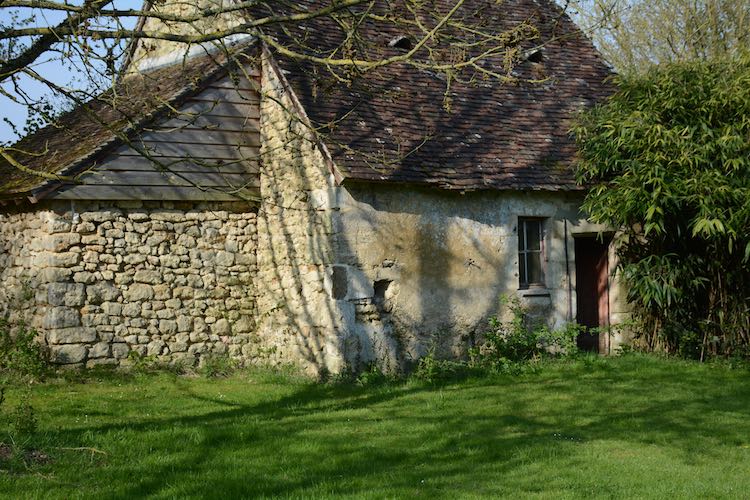 ...the fireplace that could house a family of four... 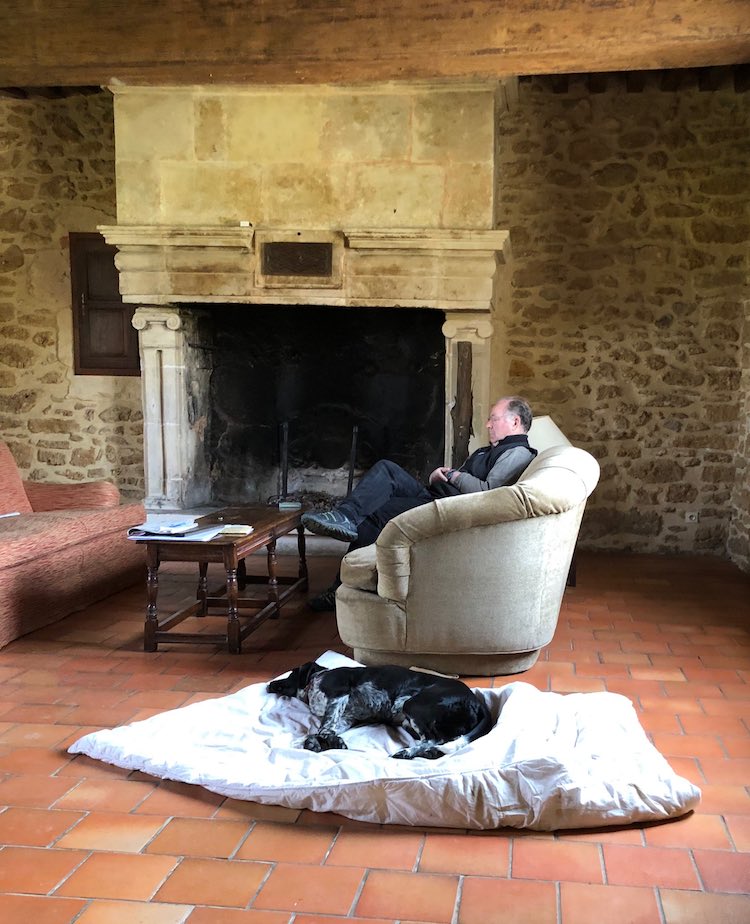 ...the complete peace and quiet... 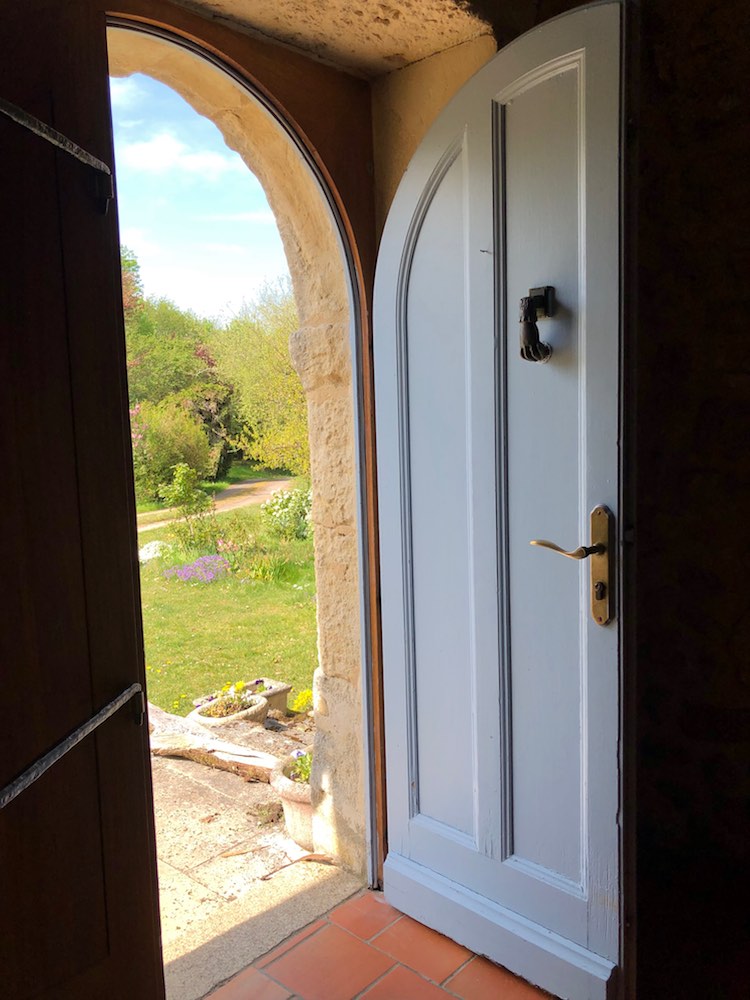 ...and the good vibes left by the previous owners, Corinne and Frédéric B. 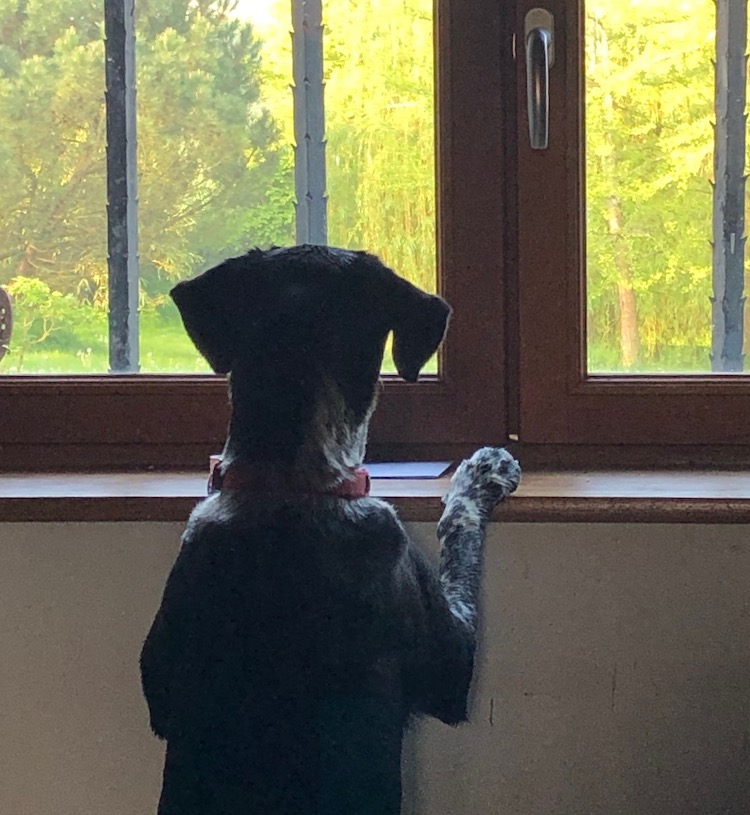 Needless to say, the purchase has excited the interest of one member of the family particularly. With deer, hares and pheasants right at her doorstep, Tasha (aka La Princesse) appears to believe that her new domain extends well beyond its actual borders. She has been on long hunting expeditions that make the jaunt after a deer with Mme P that I recently described look like a walk in the park.

A solution to the this latest challenge in The Tasha Project must be found but for the moment I’m just relishing a dream come true. As is she. 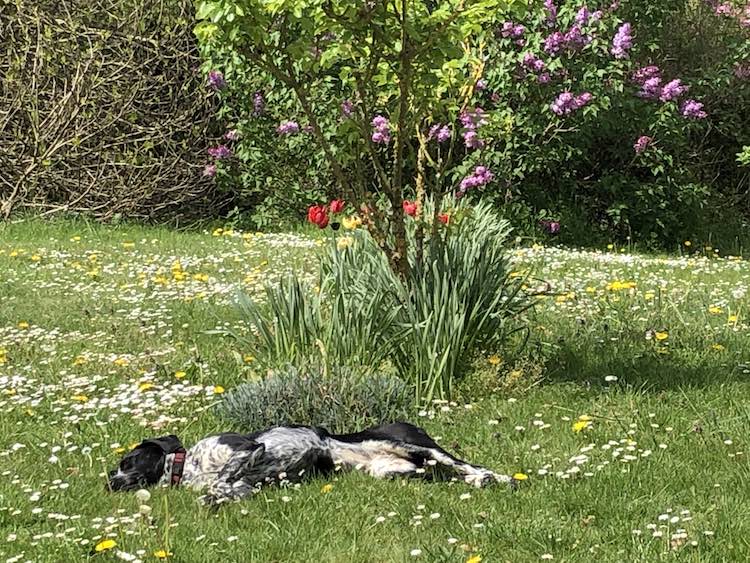 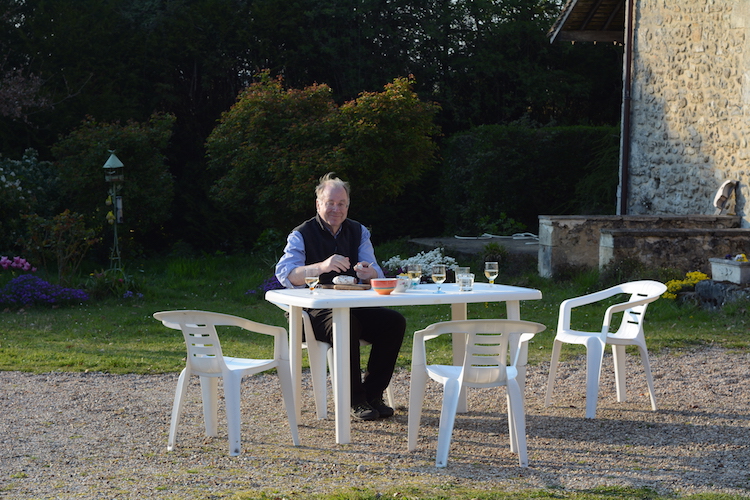